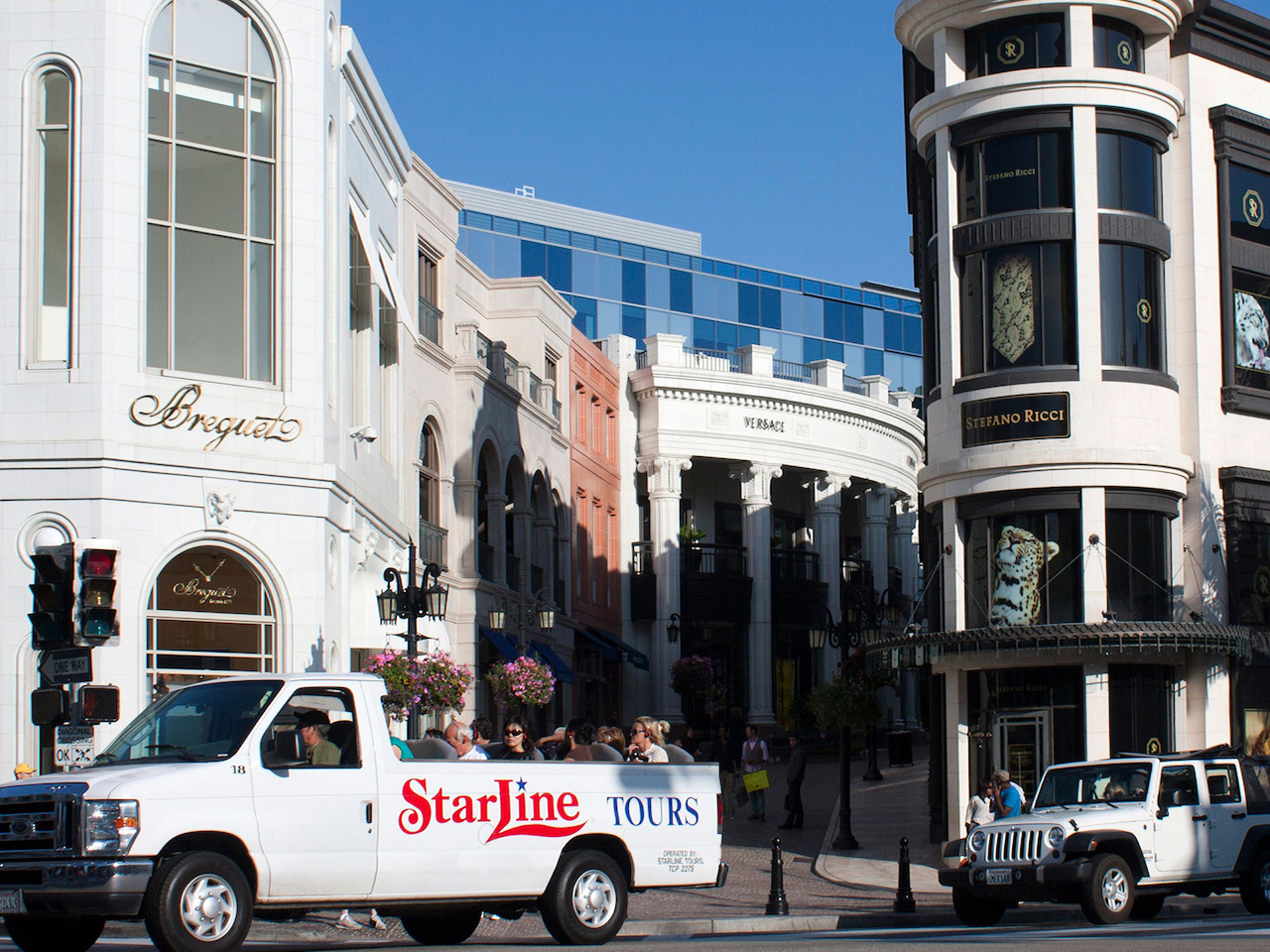 With a population of 4 million people and an area of 1,303 sq km, the diversity and size of LA is reflected in its many neighbourhoods. In fact, the city is home to roughly 200 of these districts, each with its own unique vibe. It’s nearly impossible to keep up with the ever-evolving La La Landscape—especially if you’re visiting, so we narrowed the list down to 16 essential areas (including a few surrounding cities) you need to know when visiting The City of Angels. And with so many things to do in Los Angeles, we’ve also included top activities and attractions to help guide the way.

Take me to LA!

Check out the best hotels in LA

While it’s true that Beverly Hills is populated by elegant celebs, swanky hotels, and the luxury shops on Rodeo Drive, the city is more approachable than it may appear on reality TV. With botanical gardens, rooftop bars, and one-of-a-kind homes, there’s plenty of beauty to enjoy for all.

What to do: Live like the A-list with a private limo tour led by Another Side Tours, or take a stroll through the palatial gardens of Greystone Mansion.

The “Media Capital of the World” is home to numerous entertainment companies, including Disney, Warner Bros, and NBC. While there’s more to do in the area, first-time visitors will surely want to explore the magic of the silver screen.

What to do: Go behind-the-scenes of hits like Casablanca, Friends, and Two and a Half Men on an outing with Starline Tours that combines a visit to the Warner’s lot and a drive around town to see celebrity homes.

Unsurprisingly, Chinatown is a top destination for the region’s tastiest dim sum and dynamic festivals. Though the neighbourhood is small, it’s packed with things to explore, including historic dive bars and stylish galleries.

What to do: Uncover any number of delicious dim sum recipes at Chinatown Central Plaza or check out cutting-edge art behind the worn facades on Chung King Road.

Since the 1920s, Culver City has been a center for media, best known as the home of Sony Pictures and NPR. But there’s more to see outside of the entertainment industry, most notably its off-the-beaten-path museums.

What to do: Check out the scientific wonders at the Museum of Jurassic Technology or immerse yourself in African-American culture at the Mayme A. Clayton Museum.

Currently in the midst of a cultural resurgence, DTLA is a diverse neighbourhood boasting the Historic Core, Fashion District, Arts District, and Little Tokyo, as well as numerous venues like the Staples Center and Disney Concert Hall.

What to do: See old and new come together on an exploration with Downtown LA Walking Tours, visit the acclaimed Hauser & Wirth contemporary gallery, or fill up on street eats at cherry blossom-lined Japanese Village Plaza.

Comprised of the smaller districts of Elysian Park and Angelino Heights, Echo Park—centered around its namesake lake—has welcomed a wave of trendsetters that have transformed the area into a haven for dive bars and electrifying music venues.

What to do: Push your way through the lake in a pedal boat or take in a game at Dodger Stadium.

In this historically Jewish center of LA, Orthodox men share the sidewalk with skateboarders and kosher markets are interspersed with ’90s-inspired streetwear shops. The district is also just a short walk from the eclectic boutiques on Melrose Avenue.

What to do: Grab some authentic Israeli food and bring it with you to a screening of a cult flick at the nonprofit Cinefamily theater.

The heart of the entertainment industry, Hollywood certainly isn’t lacking for big attractions, from the Hollywood Walk of Fame and Paramount Pictures to iconic venues like the Chinese Theatre. The neighbourhood is also home to the bustling enclaves of Little Armenia and Thai Town.

What to do: Take a step back in time as you uncover the top landmarks of Tinseltown on the Legends of Hollywood Tour, or go on the hunt for authentic street eats and noodle soup.

Though the Hollywood Hills boasts the world-famous Hollywood sign, locals know the neighbourhood most for its outdoor attractions, including Runyon Canyon, Lake Hollywood Park, and the Hollywood Bowl amphitheater.

What to do: Take in sweeping views (and possibly a celebrity sighting or 2) on a guided hike around Mount Hollywood with Bikes and Hikes LA.

As the name suggests, the area is a must for anyone in search of Korean barbecue, but you’ll also find incomparable street tacos and late-night cheap eats.

What to do: Embark on a culinary exploration of the neighbourhood with Urban Adventures, or bust out a rendition of your favorite song at any of the many karaoke bars.

What to do: Scan the stars at the world-renowned Griffith Observatory planetarium, or make friends with the exotic animals at the lush Los Angeles Zoo.

Once a gritty suburb, North Hollywood has transformed into a cultural hub with an influx of hip art galleries, dance studios, and theaters.

What to do: Head into the NoHo Arts District to see an independent film at Laemmle NoHo 7 or laugh along with comedy stars-in-the-making at ACME Studios.

With the beach on one side and the mountains on the other, it’s no surprise that tourists flock to postcard-worthy Santa Monica. Depending on the time, it may take about an hour to get there from LA, but the Pier and Third Street Promenade are worth it.

What to do: Soak in the seaside sights on a stunning sunset tour with Segway Los Angeles, or go for a ride on the Ferris wheel at Santa Monica Pier.

With its chic boutiques, indie venues, and ever-growing restaurant scene, Silver Lake has solidified itself as the trendiest neighbourhood on the Eastside. Though most of the essentials can be found along Sunset Boulevard, there’s plenty to do in the scenic hills around the reservoir.

What to do: Stroll the walkable shopping district of Sunset Junction or work up a sweat on the Silver Lake Stairs.

Colorful and vibrant, Venice is known for its breathtaking boardwalk, funky boutiques, and world-famous street art. It’s been a hotspot for writers and artists ever since its days as a hangout for Charles Bukowski, Patti Smith, and others of the Beat Generation.

What to do: Join Santa Monica Bike Center for a cruise through the streets to uncover incredible street art, from intricate graffiti to retro-inspired murals.

With Art Deco high-rises, luxury hotels, and, of course, the bright lights of the Sunset Strip, WeHo sparkles with the gems of Old Hollywood. The area is home to SoCal’s most exciting nightlife scene, from star-studded clubs and sleek lounges to legendary music halls and lively bars.

What to do: Enjoy a drink at the quintessentially glamorous Chateau Marmont or take in a show at the storied Viper Room, once frequented by the likes of Hunter S. Thompson and Johnny Cash.

Find out how to spend the perfect day in LA

Next post Things to do in Dubai with kids under 5

Previous post 15 Most Spectacular Places to Give You Wanderlust

Just one day in LA?