Where to eat and drink in Hobart and Launceston 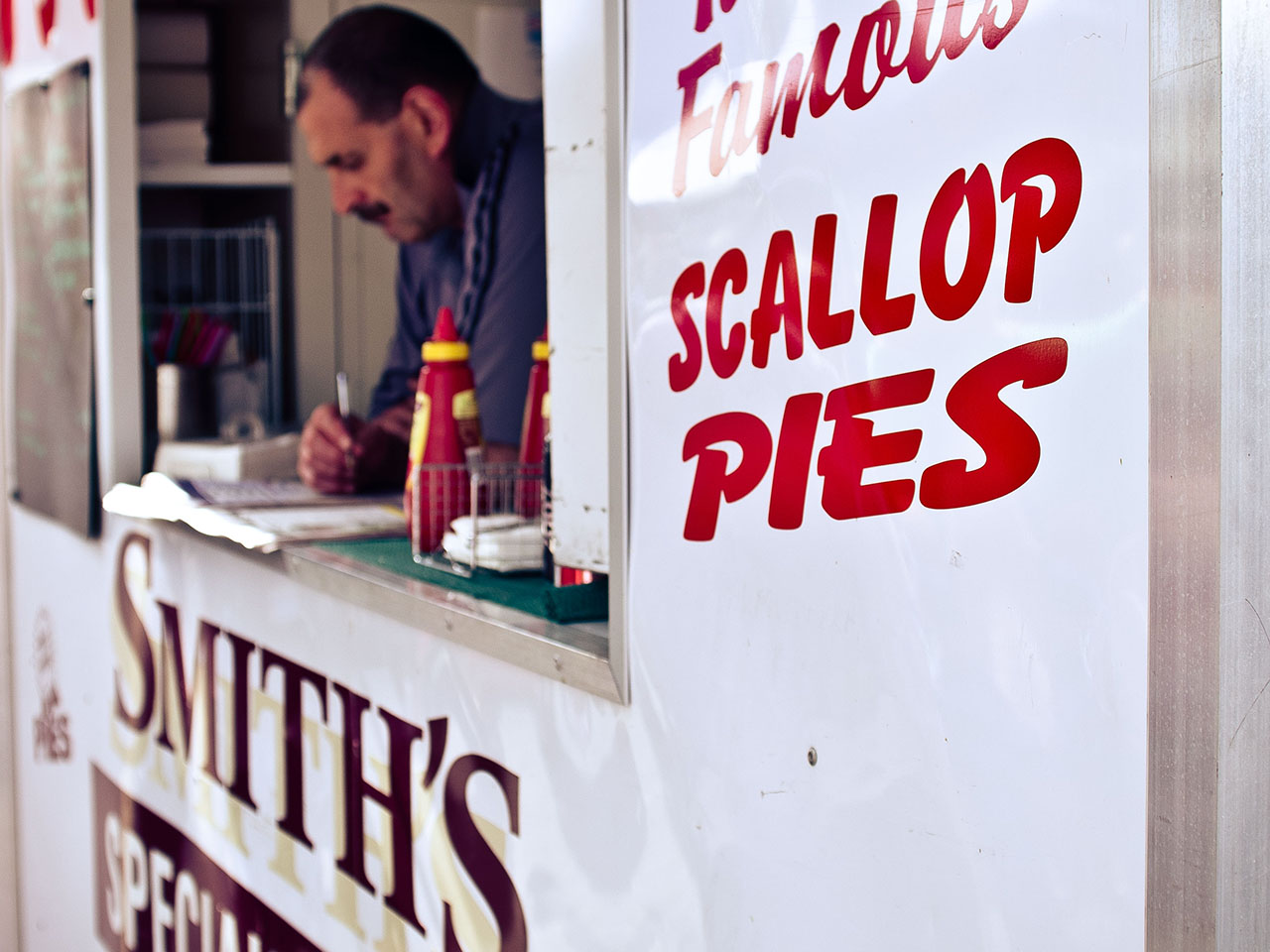 Where are Australia’s great food destinations? There’s tropical fruit ripe for the picking in Queensland, artisan cheeses churned out in Western Australia’s Margaret River and fine dining all over Victoria and New South Wales. But what about Tassie? This small island might look unassuming on a map, but ignore it at your peril. With wineries, dairy farms and sparkling fresh seafood at every turn, not to mention a few world-class restaurants of their own, Hobart and Launceston are two city-break destinations all foodies should visit. Expedia’s Aussie travellers tend to spend 2-3 days in each city, and that’s plenty of time to work your way through this list, one meal at a time.

Make sure you’re awake and ready by kick-starting your day at Pilgrim Coffee. The exposed-brick cafe has proved so popular it recently took over an adjoining business to keep the hungry masses satisfied.

You want a posh night out in Hobart, we say it has to be Garagistes. The food at this wine bar-meets-restaurant has whipped critics around the world into a feeding frenzy. The dishes coming out of Luke Burgess’s kitchen feature foraged, native and super-local ingredients washed down with biodynamic wines. The five-course set menu (currently being matched with an array of different sakes) is decadent but won’t break the bank. If you just want to graze on a few small plates, head to sister operation Sidecar.

To market, to market…

Every Saturday morning, hundreds of stallholders selling arts, crafts and artisan produce fill the pedestrianised area known as Salamanca Market. Make your way through the throng while snacking on a slice of stone-baked pizza from Mountain Pepper (the Tasmanian cheese lovers and East Coast scallop varieties always sell out fast), while Pacha Mama sees Mexico and Australia collide in the form of wallaby burritos.

If you’re buying up items for a waterside picnic, be sure to see the folks at the Bruny Island Cheese stall where you’ll find lovingly crafted offerings including Otto (a cows milk cheese wrapped in prosciutto) and Oen (which has been washed in pinot noir and left to mature in vine leaves). Save room for one of Tassie’s traditional scallop pies – just $7 gets you a flaky short crust pastry case stuffed with fat, local scallops from Smith’s Specialty Pies van. 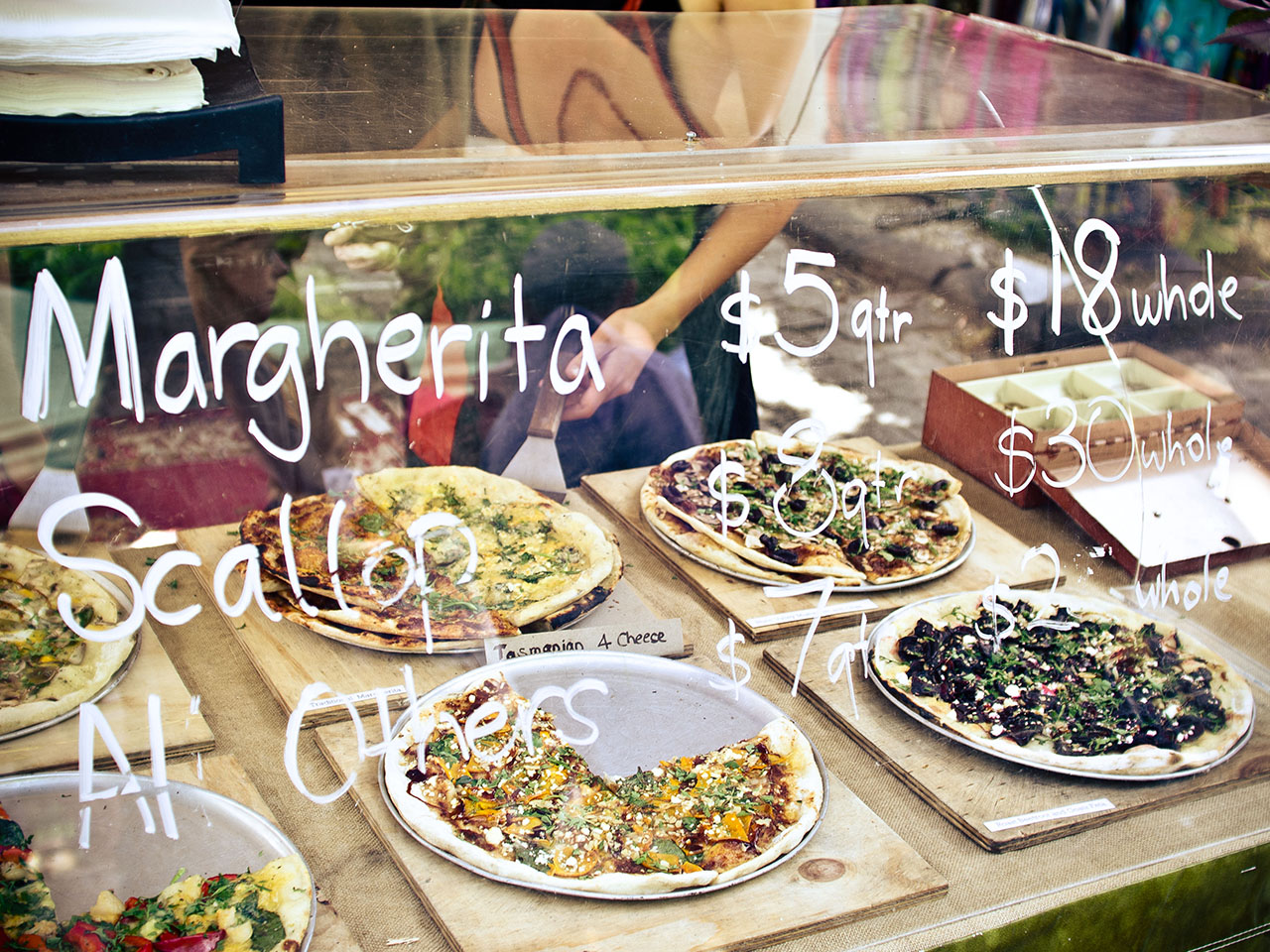 Get your meat fix

A Texan-style barbecue joint serving pulled pork by weight? Yes, it sounds too good to be true but, in Hobart, all your slow-cooked meat dreams are answered at Crumb Street Kitchen. The two young chefs behind the operation also cook up beef brisket buns and a mean homemade coleslaw. Served in pizza boxes with biodegradable disposable cutlery, the décor is a mishmash of seating that looks like it might belong in a kid’s playground, however, the stacks of cookbooks at the counter betray a serious dedication to food. With locals bringing their own bottles of wine and a couple of police swinging by for their evening fed, it’s pretty clear this place has quickly become a bit of an institution.

You might not like whisky when you arrive in Hobart, but you are bound to leave a convert after a night at Nant Whisky Cellar and Bar – home to Australia’s only Highland single malt whisky. Also worth seeking out at Salamanca Market is the Tasmanian Chilli Beer Company – awarded medals for five consecutive years at the Royal Hobart Fine Food Awards their refreshing ginger beer is served straight up or with a kick of chilli, the sparkling raspberry with chilli and sparkling lime with chilli are equally addictive.

The Hotel Grand Chancellor Hobart and the Travelodge Hotel are popular with Expedia’s Aussie travellers. For something extra special, check out the Henry Jones Art Hotel. 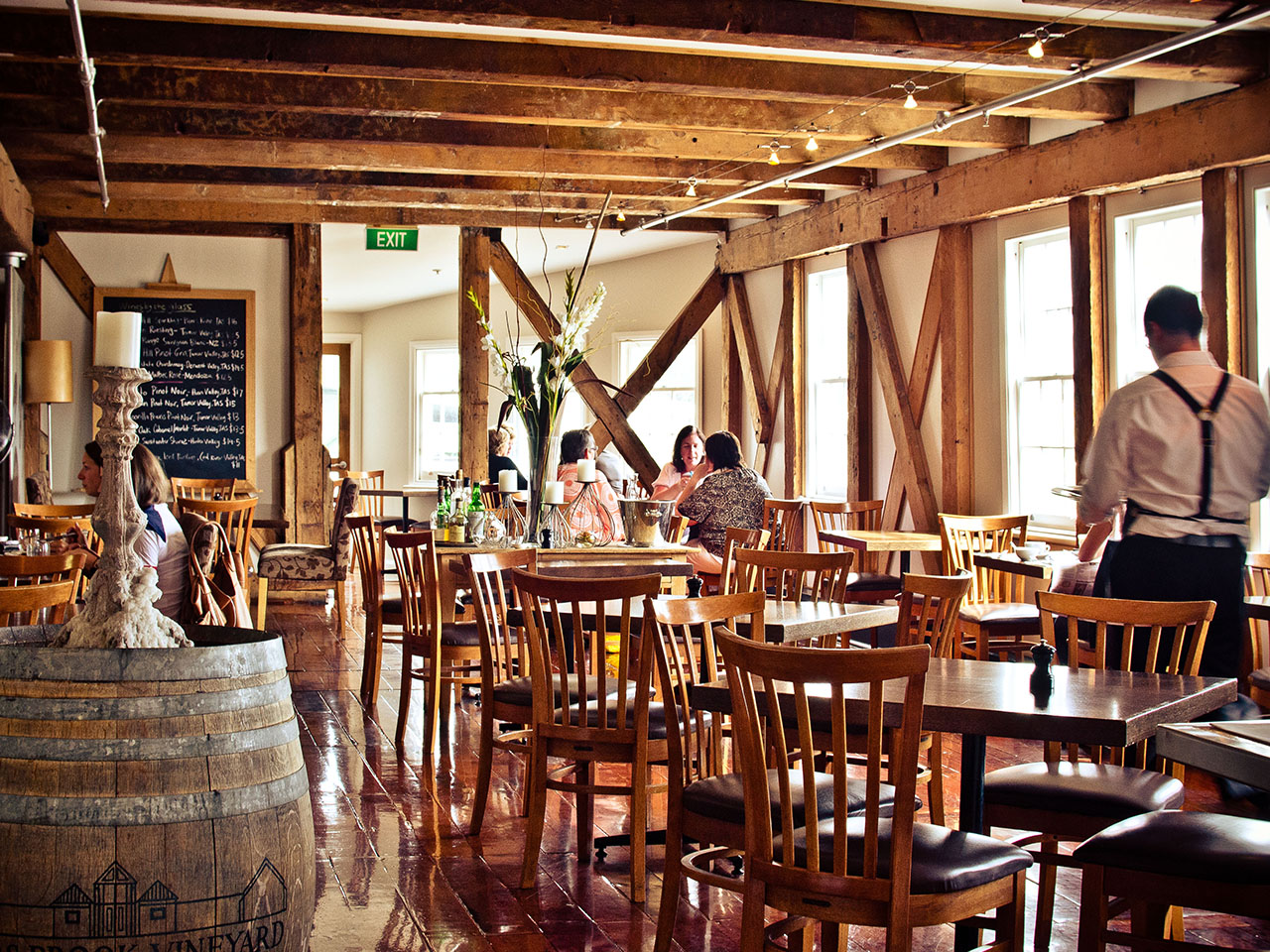 A room with a view

Up north in Launceston, you’ll find a similar casual but competent vibe at Stillwater. From breakfast to dessert and every meal in between, the seasonal menus and buzzing wine bar are paired with the atmospheric setting inside historic Ritchie’s Mill and windswept views of the water. Our advice would be to tuck into eggs benedict with scrummy smoked salmon and lashing of hollandaise.

Tassie’s burgeoning café scene is really taking off. Check out vintage-inspired Milkbar, which delights lovers of all things retro with its old-school signage, locally roasted beans and sweet treats.

Like the rest of Australia, Launceston has surcummbed to the burger craze. For your fix, check out Flip. This brightly coloured diner-style joint serves a range of burgers with every filling imaginable and seriously good milkshakes.

The Dickens Ciderhouse pours a range of apple and pear ciders using fruit from their two local orchards – their rose cider is particularly addictive. And if you fancy a day trip to the Tamar Valley (a wine region 40 minutes north of Launceston) it’s worth stopping by Moores Hill and Goaty Hill for a tasting. Both serve delicious platters, making them a good place to stop for lunch with stunning views over the vines.

The Balmoral on York and the Best Western Plus are popular with Expedia’s Aussie travellers. For a taste of the high life, check out Country Club Tasmania, a stunning resort set on a sprawling golf course.