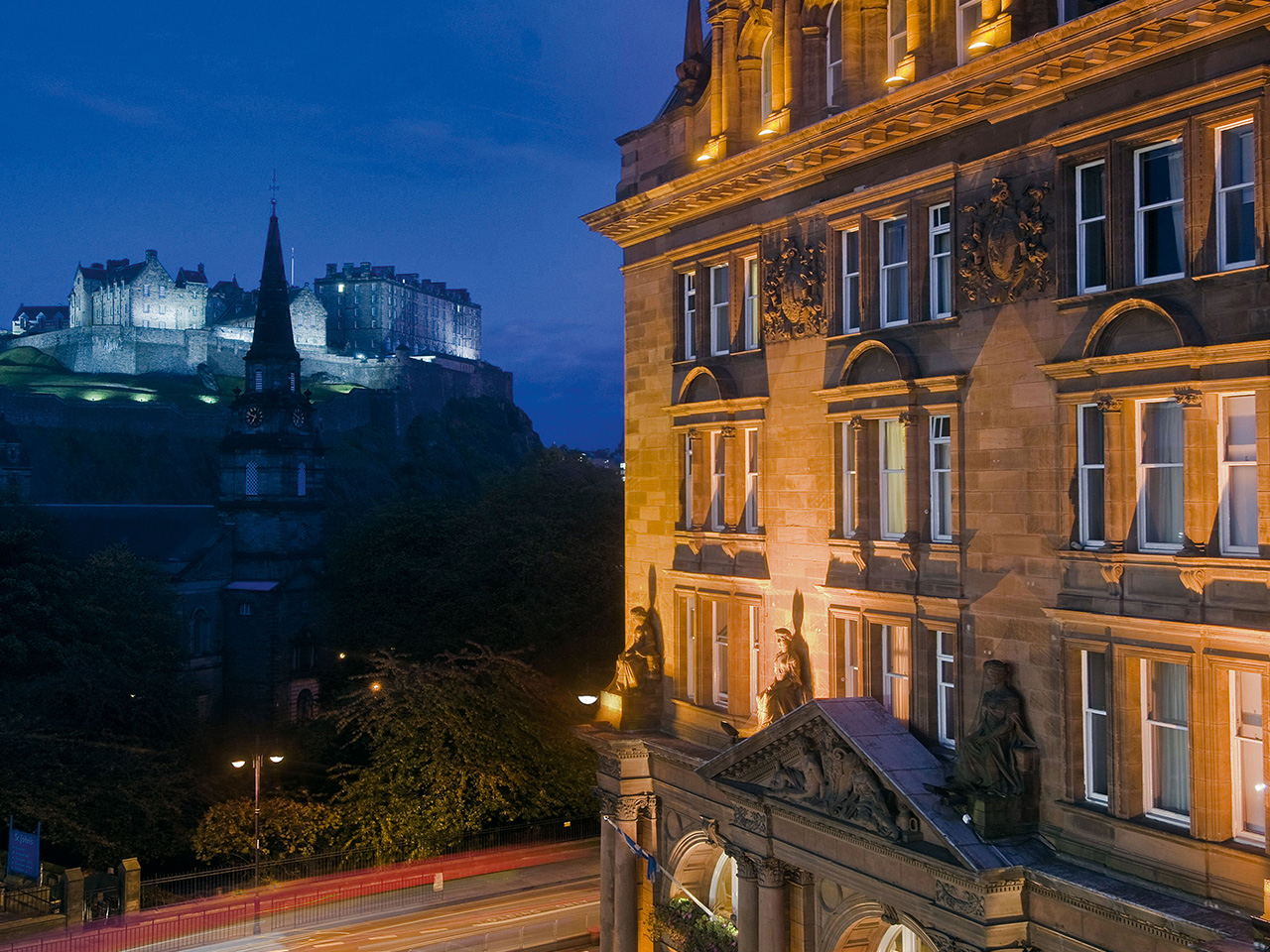 I love a hotel with history (or an unusual former life) and Edinburgh’s Waldorf Astoria – The Caledonian, ticks all the boxes. Edinburgh is a beautiful and ancient city, whose castle on the hill you can easily spot from most of the cobbled streets. The Waldorf Astoria was a Victorian railway station in a former life and it is suitably grand, sitting right on the famous Princes Street, central to everything.

The five star hotel is luxurious and that’s the impression you get from the front desk onwards, where you’ll find rosewood and brass furniture, marble floors and an impressive gold chandelier. Although it is part of a large hotel chain, owned by Hilton Worldwide, there’s still plenty of character and nothing is cookie cutter. You can’t beat a beautiful old building in my opinion! The staff are slick (doormen in top hats!) and I couldn’t fault them. The only negative, be it tiny, I could find, was being charged £1 for a newspaper at a 5-star hotel. You’d think they could build that into the price!

The hotel has recently undergone a major renovation (and by major I mean £24 million!). As a result, the interiors are divine. Think understated classic elegance in keeping with the architecture, while still being modern. Colours are muted and soothing. The bed was ridiculously plush and comfortable. We didn’t have a castle view but many rooms do. Our room had a Nespresso machine, flatscreen TV and free WiFi. Breakfast is an additional £20 (around $40) each.

The bathroom was huge and beautifully done with three of my favourite things: a mega tub, flattering lighting (who wants an evening soak under harsh, cold light?) and luxury (Ferragamo no less) toiletries. It was cold and wet during our stay (it was Scotland after all) so a long bath at the end of a bone-chilling day was most welcome! You could even go one further by visiting the Guerlain Spa, the UK’s first, which won Spa of the Year 2014 at the Scottish Hotel Awards. 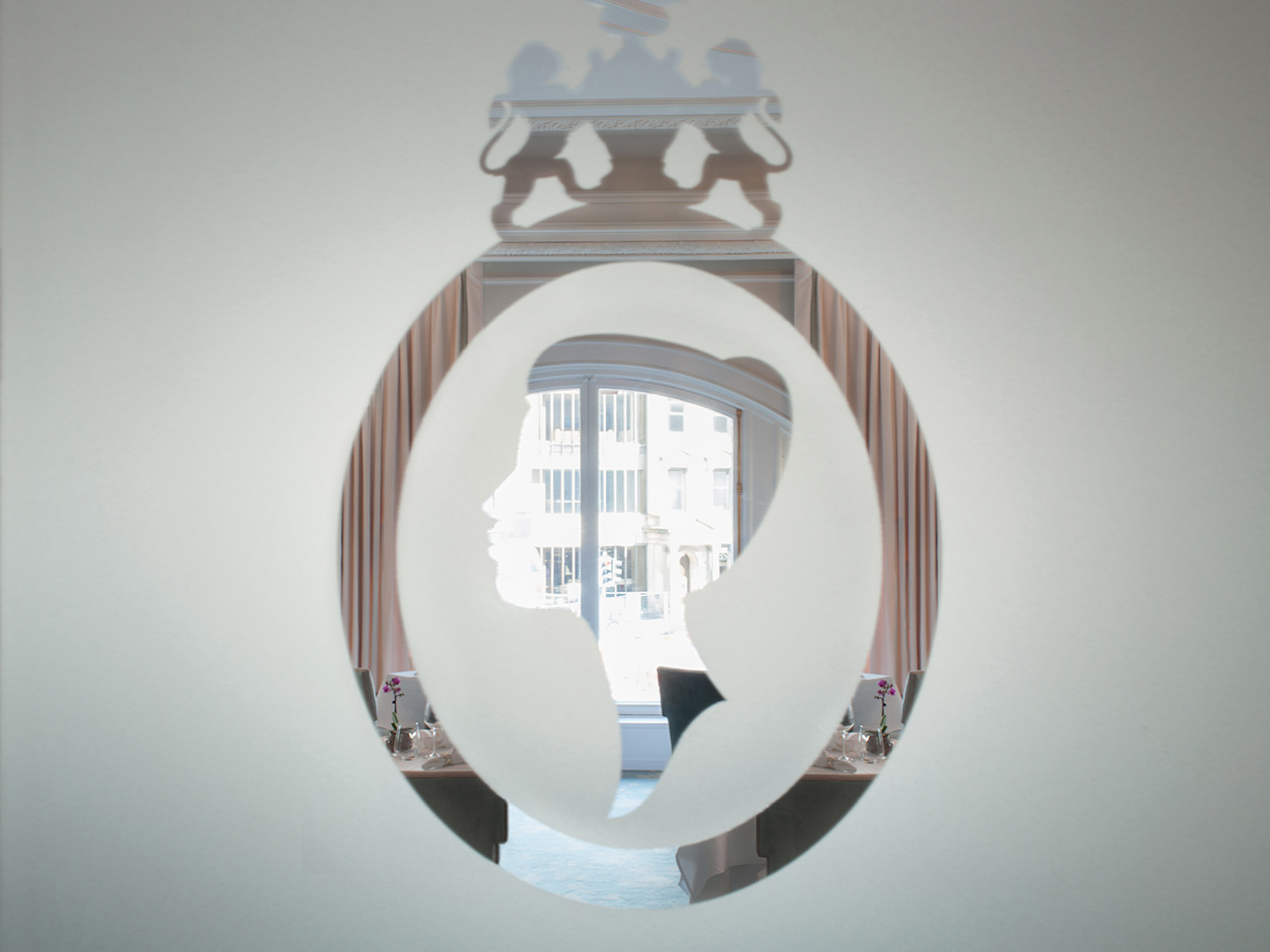 Both the hotel restaurants are award-winning too. The Pompadour and Galvin Brasserie De Luxe are run by the famous Galvin brothers. We enjoyed a fantastic afternoon tea at the Peacock Alley lobby lounge (formally the station concourse and ticket office) on one of the rainiest days I’ve ever experienced and loved it. With absolutely no inclination to venture outside, we were treated to friendly and welcoming service and must have had our teapots refilled about five times over three hours! The food was excellent and defeated us all (my husband, our male friend and I), despite arriving suitably empty-stomached in anticipation (I take my scones seriously!). Top marks all round for food and service and a much better experience than the one I’d had at The Ritz in London the week before, where we were literally shooed out after our allocated time.

Overall, this was a stress-free stay at a very comfortable and luxurious hotel, housed in a gorgeous old building and conveniently close to everything.