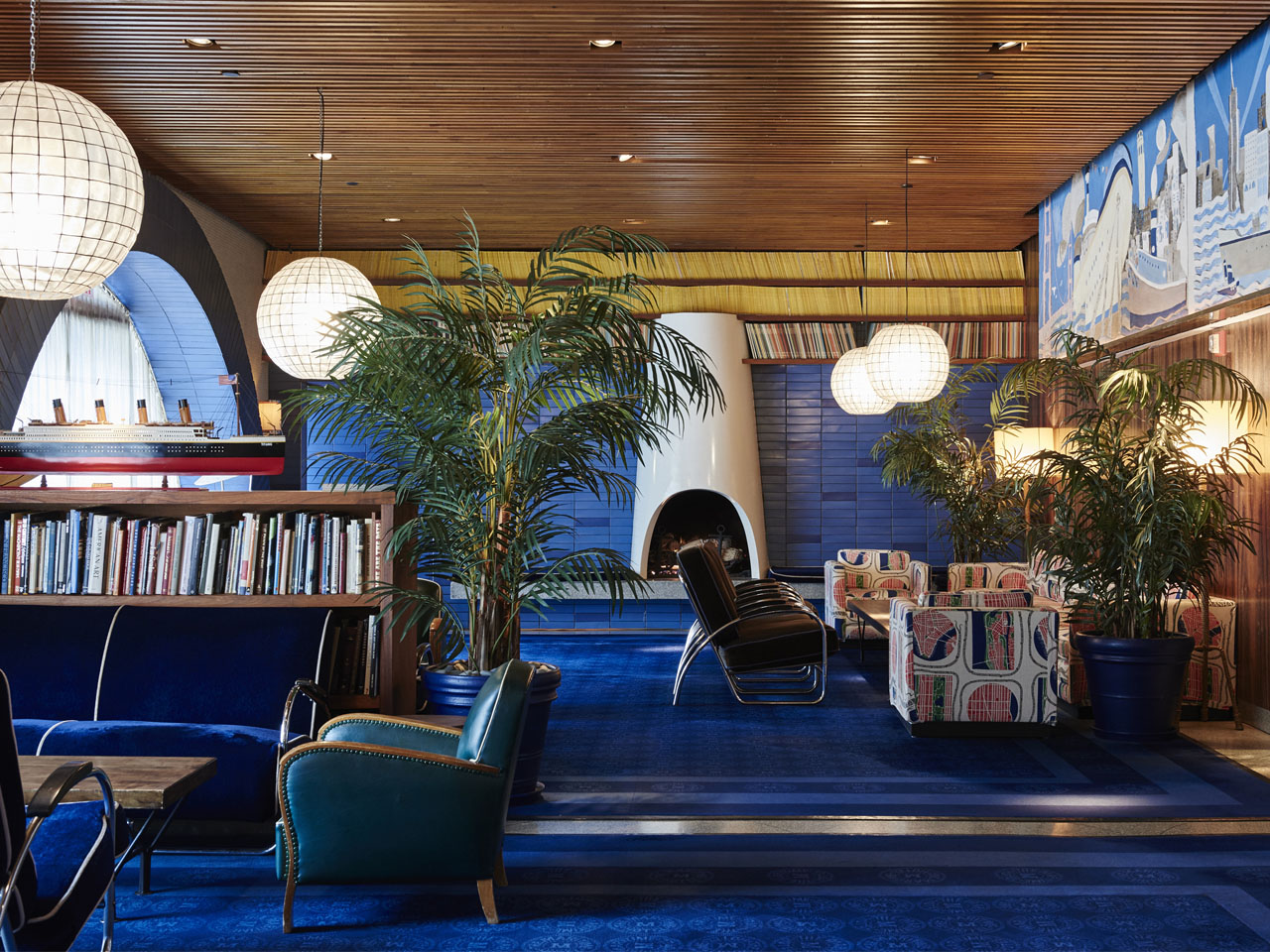 As a tourist in New York, you’re usually pretty happy if you find yourself with a nice-looking room, a comfy bed, clean towels each day and enough toiletries to last your stay. So, when you find yourself in a hotel with a truly unique atmosphere, it’s always pretty special. And The Maritime Hotel has personality in spades.

The Maritime hotel is more than a hotel. Staying here is like stepping into the imagined world of a Wes Anderson film. Housed in a building once owned by the National Maritime Union of America, the hotel has a distinctly retro, nautical theme – from the original porthole-style windows in every room to the fun, vintage decor in the main lobby. The hotel’s staff are equally quirky – we met one concierge who would not have been out of place at a casting call for The Grand Budapest Hotel, in the most brilliantly entertaining way!

Originally built in the 1960s, the Maritime Hotel building was originally designed by New Orleans-based architect Albert C. Ledner. In 1987 the building was sold and became a drug-rehabilitation centre for young people. Colloquially, there is a theory that certain floors of the hotel are haunted (!) – a hangover from these years when the building operated as an educational facility and home for troubled teens. Don’t worry, we didn’t see any evidence of supernatural activity during our stay!

In 2001 New York entrepreneurs Sean K. MacPherson and Eric Goode bought the building and began converting it into a hotel, which opened in 2003. 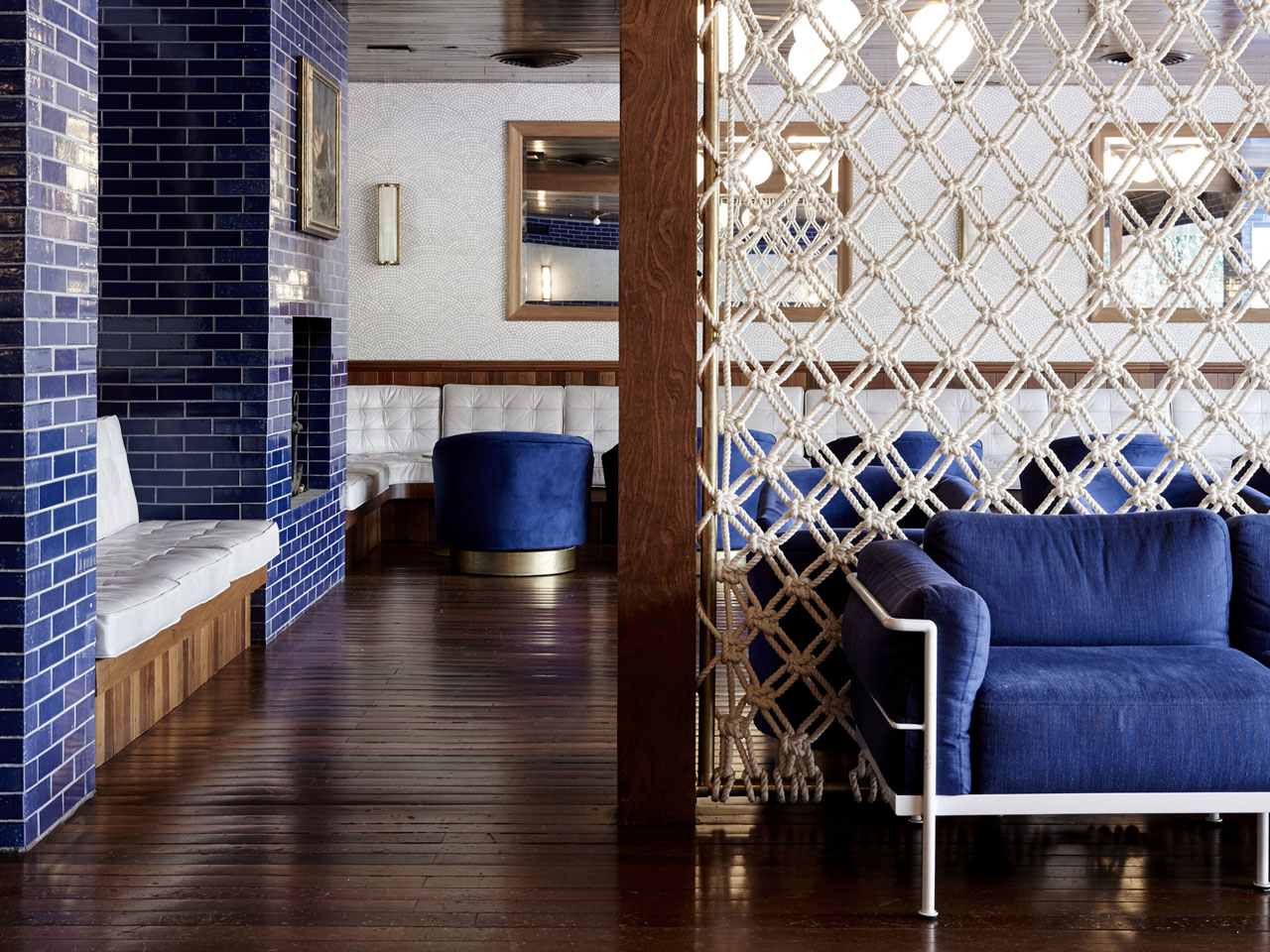 With 120 regular rooms and four penthouse suites, The Maritime considers itself a boutique hotel. The standard rooms are small but perfectly appointed and full of character – the porthole windows are much larger than they appear from the building’s exterior, ensuring ample natural light on every floor.

True to the overarching theme, all interior details reference ship interiors, with timber paneling, integrated cabinetry, and our favourite detail, a sweet blue monogram embroidered onto every sheet and pillowcase. The ensuite bathrooms are modest in size but beautifully appointed, incorporating sleek carrara marble countertops and white penny-round mosaic tiles. Every interior element is designed with meticulous attention to detail, which is sure to delight design enthusiasts (like us!).

Located in Chelsea, on the corner of 17th street and 9th Avenue, The Maritime is in a seriously excellent spot. It’s a stone’s throw from the Meatpacking district’s top shopping and dining haunts, within easy walking distance of West Village’s cute leafy streets and shops, just 10 minutes walk to the excellent new Whitney Museum on the Hudson river, and equally close to the ever popular High Line. It’s a great base for exploring some of New York most unique suburbs.

Breakfast is served daily in The Cabanas – a casual and convenient serve-yourself continental style buffet located within a beautifully decorated 1950s style lounge and adjoining terrace. Unfortunately, during our visit the ground floor restaurant was closed for renovations, with well known New York restaurateur Mario Batali opening a new Italian venue imminently, which promises to be a fantastic addition to the hotel’s offering.

About the Author The Design Files