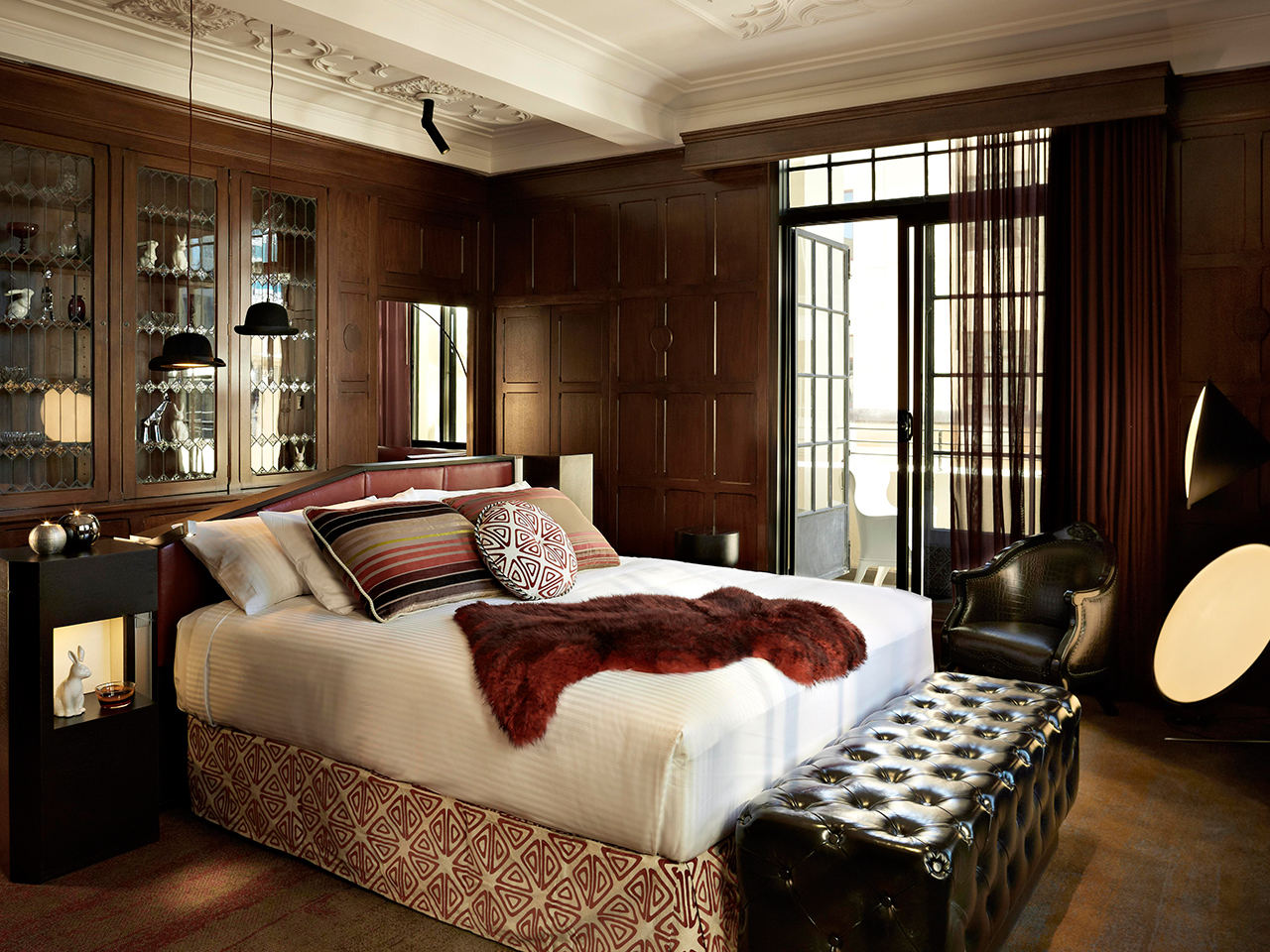 Many old Australian buildings in our cities sit quiet and empty, hidden away from view behind advertising billboards and mass-produced chain clothing outlets. Obsolete, too old, their stories forgotten, they are no longer useful. Sometimes their facades are all that remains.

Old buildings have a special way of making us feel connected, giving us glimpses of the past and allowing us to hear the whispers in their walls. Not merely bricks and mortar, but keepers of memories of from bygone times.

I could dote on this forever. I can’t help but feel this way, having spent the past few years restoring a historic building in a little village in the French Pyrénées. I can’t be sure why its 800 years of history makes me feel grounded and connected, but nevertheless it feels real and tangible. It’s impossible to grasp a worn oversized iron key and turn the lock of large, heavy set entrance gates and not imagine how many times this has been done the exact same way over the centuries, as if crossing a threshold into a realm where time does not exist – an untranslatable connection between what has been and what is now. 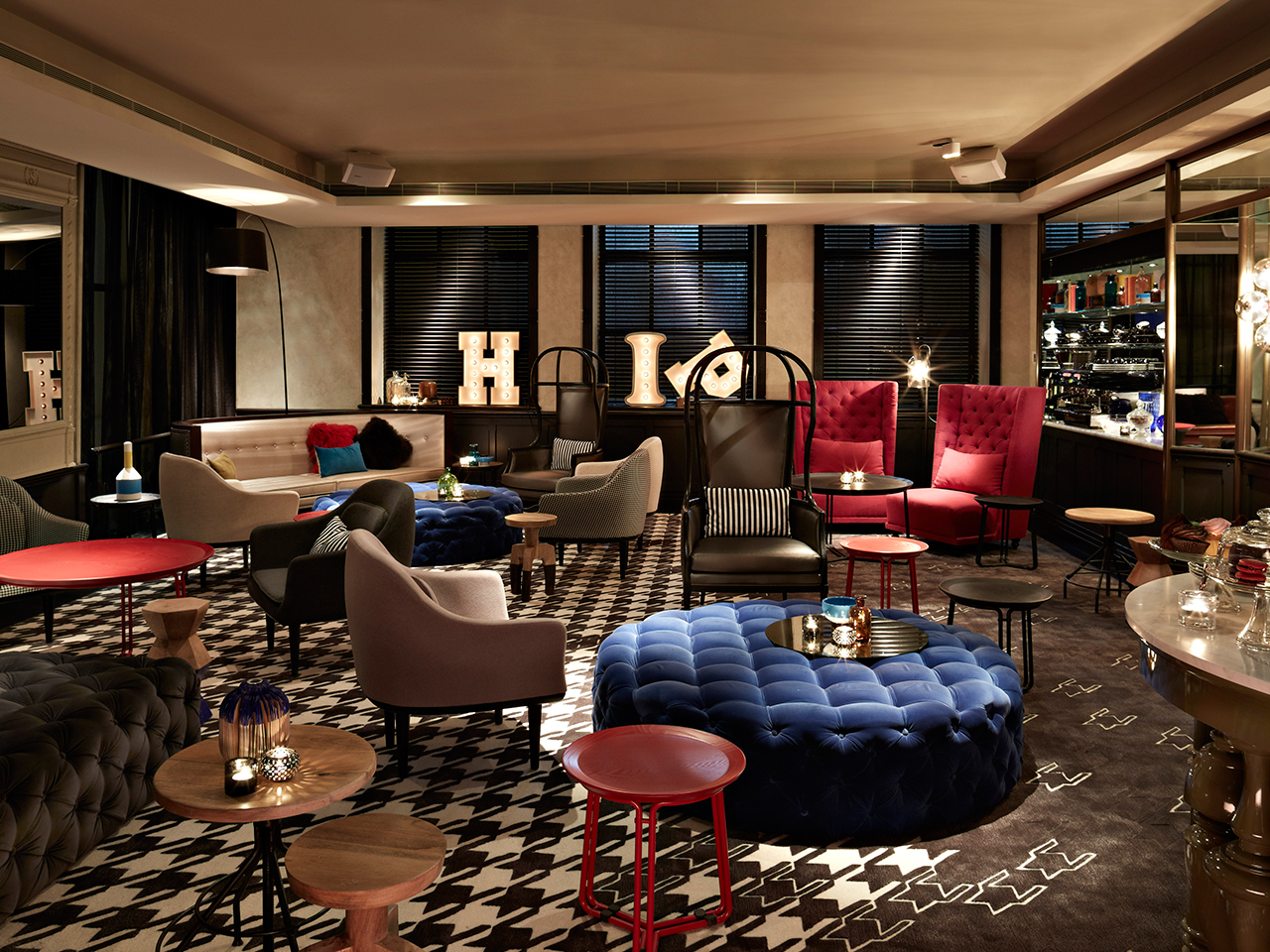 “When we build, let us think we build forever. Let it not be for present delight nor for present use alone. Let it be such work that our descendants will thank us for; and let us think, as we lay stone on stone, that a time is to come when these stones will be held sacred because our hands have touched them” John Ruskin.

Fortunately, for several years now, Australia has realised that a penchant for nostalgia is necessary to what shapes our nation. Our past gives us a sense of belonging and a sense of identity – ‘I Still Call Australia Home’.  Now with an air of refreshment, ‘old’ is the new ‘new’ and the desire to preserve and illustrate Australian heritage and the need to do it sustainably has meant our old buildings are enthusiastically being put back to work!

The point of this; well recently I stayed at the QT Hotel in Market St, Sydney. A hotel whereby two historic buildings, the Gowings Building and the State Theatre, have come out of forced retirement, given a new shine and repurposed back into the workforce and community. The restoration was completed two years ago with the Gowings Building now forming one wing and the floors above the State Theatre a separate second wing.

Back in the day, the Gowings Building was the Great Gatsby of menswear. Built in 1929, just before the Wall St Crash, it imitated leading department stores from around the world sharing the same architecture as Saks on Fifth Avenue and Bloomingdales, New York. Selfridges had opened years earlier in London, with Harry Selfridge running his own social media campaign months before the opening. 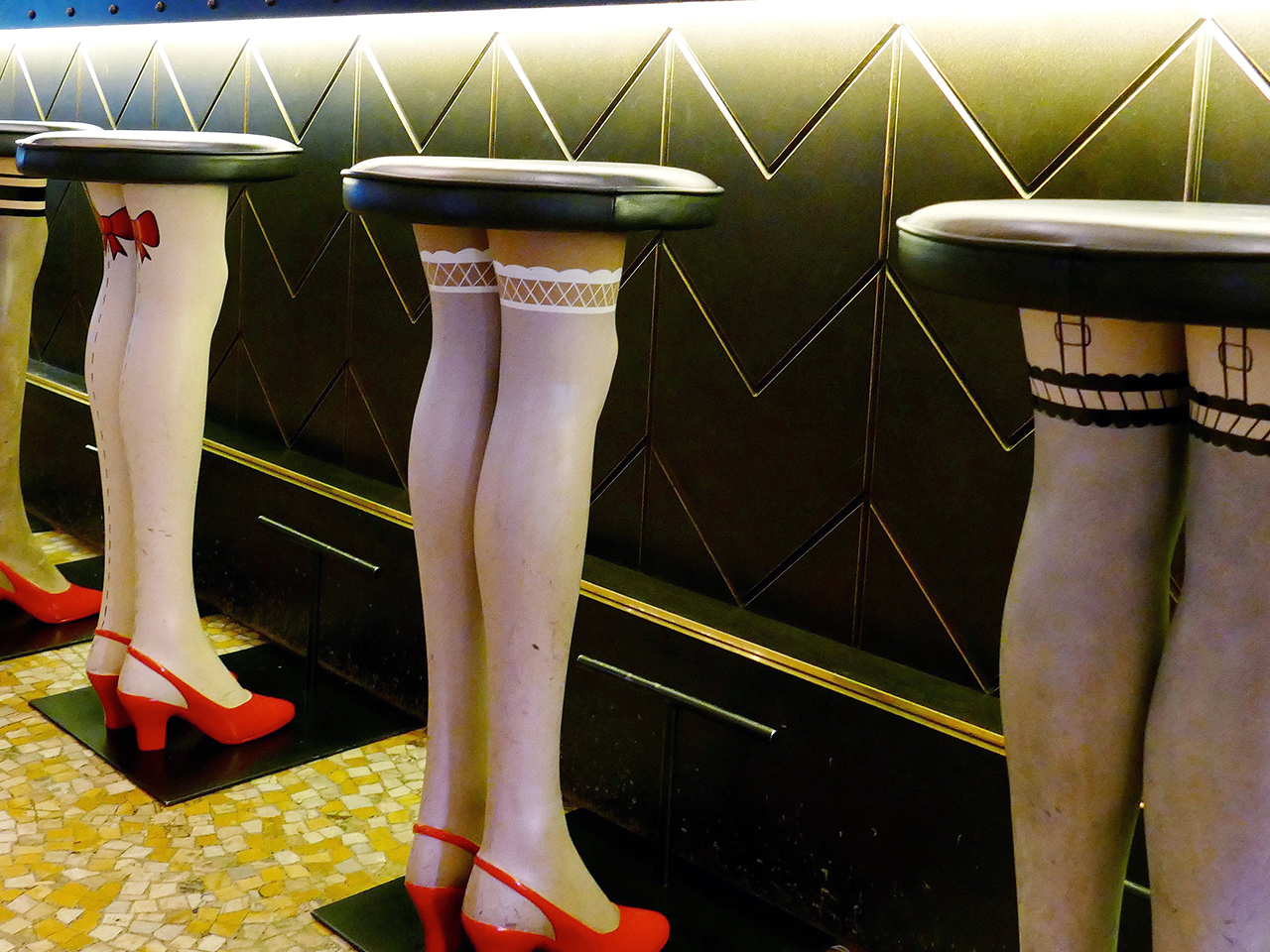 Department store architecture was dignified and aristocratic. The best shop windows draped and wrapped around corners on prominent, two street frontages, announcing to the world shopping had arrived. The Gowings Building was on the map, showing Australia and internationally that it meant business.

Nearby Grace Brothers, Walton’s and David Jones opened. Meanwhile, right next door, and in the same year of 1929, Union Theatres opened the State Theatre doors.  By 1932 Greater Union took ownership and currently still runs the show, under the umbrella of EVT.

The State Theatre has embraced the passage of time, from the beat of beaded dresses as they flapped and Charlestoned on the dance floor, to the regular screening of the latest news during WW2 to performances by Shirley Bassey, Rudolf Nureyev, and blockbusters such as The Godfather and season premieres of Game of Thrones. 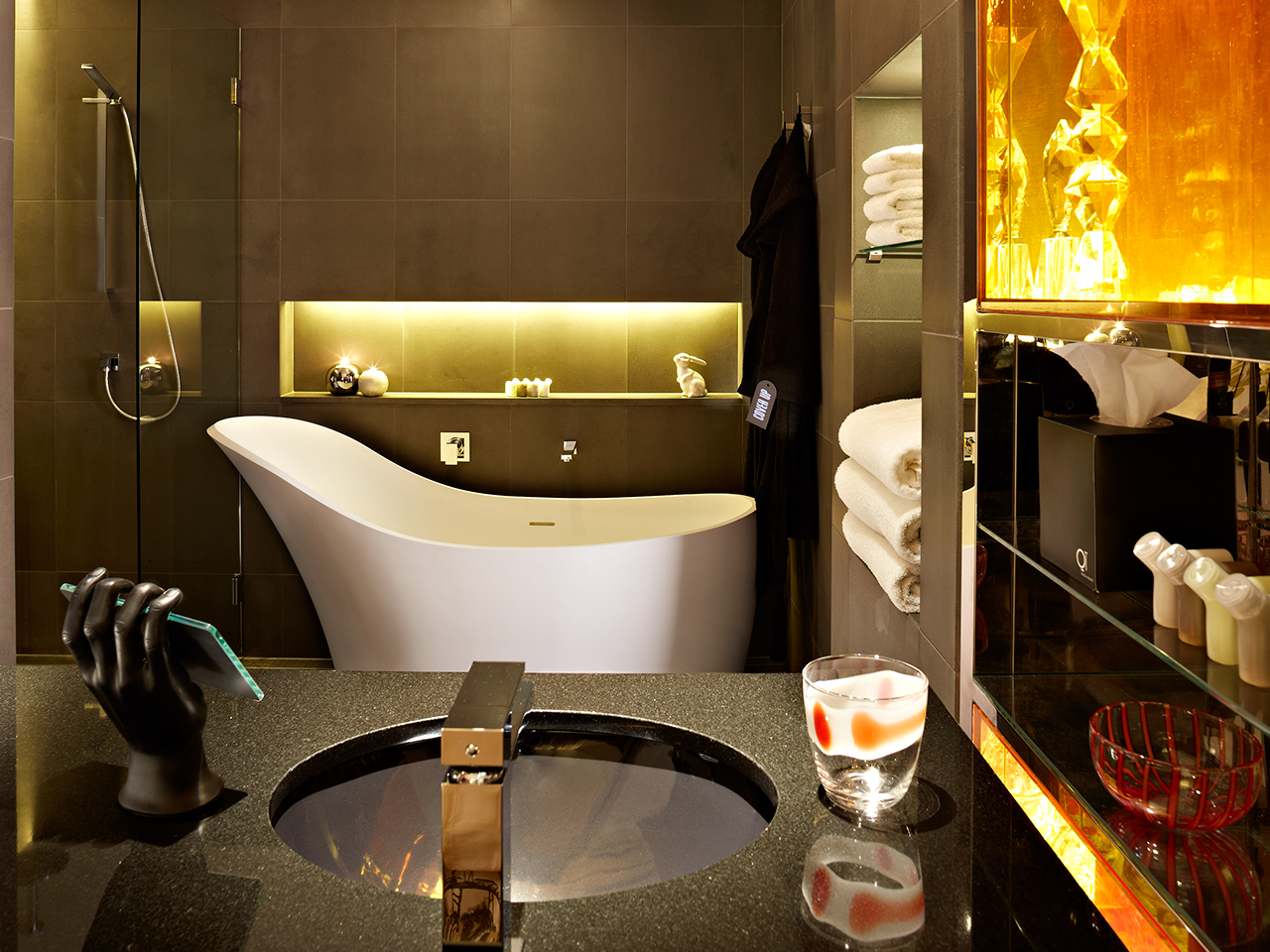 Restoration awards and accolades have been received by the QT Hotel for the restorative work, particularly for the external facades. Internally, the work required to blend the buildings and repurpose it into a hotel must have been an enormous undertaking. The completion and now successful usage of these obsolete buildings are a testament to irrepressible optimism between corporate and heritage.

In saying that though, I did feel  a slight disconnection between the exterior restoration, which was awarded the prestigious Greenway Restoration Award, and the internal, quirky, superficial, renovation props used to tell the story of the past. I would have felt more at home seeing more of the patina of wear in the layers of peeling paint than brown suitcases lining the reception area wall. QT Sydney is bold in its interior design choices, with extravagantly styled restaurant Gowings Bar & Grill drawing the business lunch and dinner crowds, along with late night cocktail connoisseurs who head upstairs to Gilt Lounge. Rooms play with old meets new – expect bowler hat hanging lights, beautiful freestanding bathtubs and decadent faux fur throws. 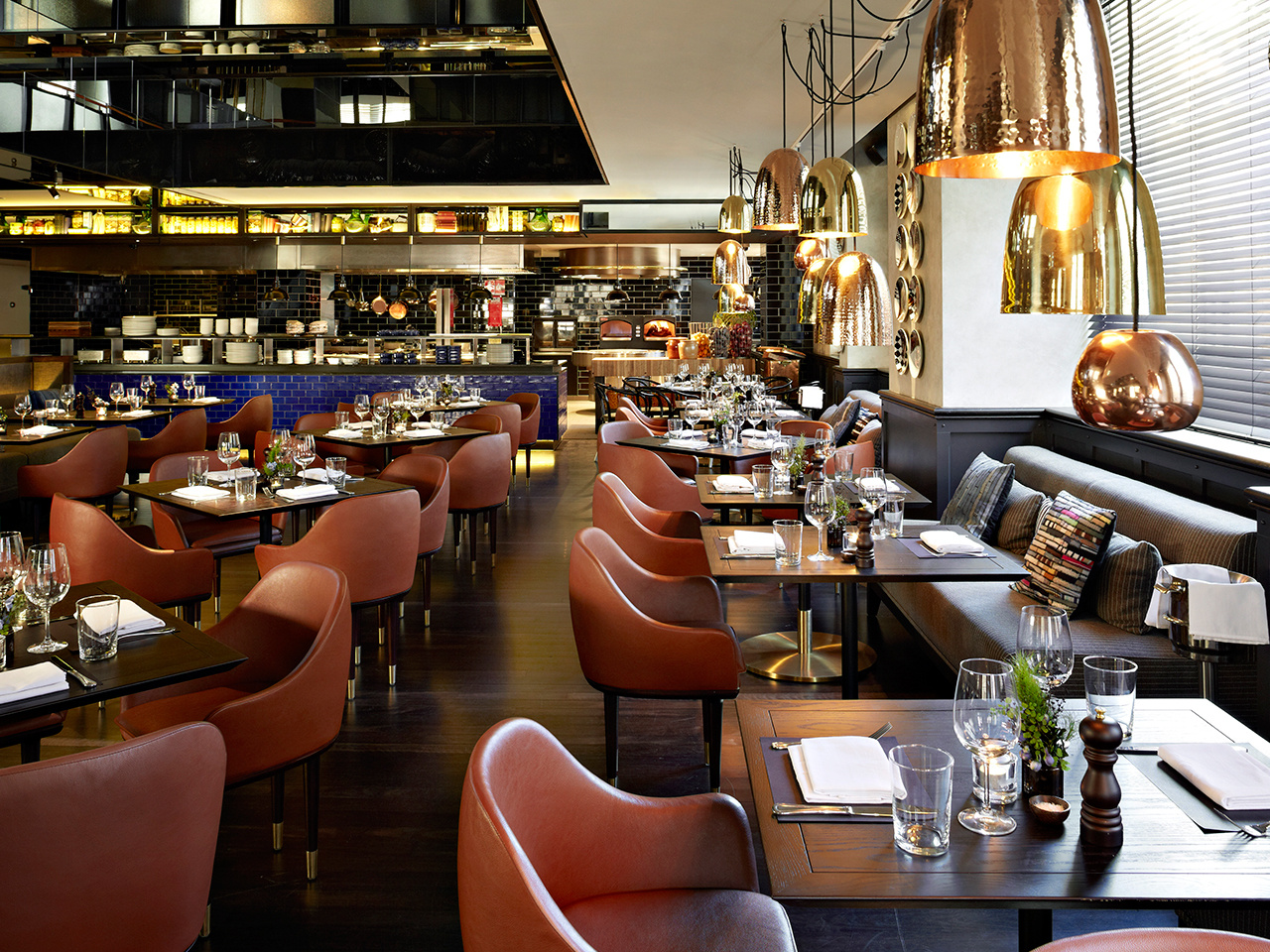 Old buildings sitting and watching must be quietly waiting to see if their turn is next. For some of them however it may be bittersweet. Like giving in to a face lift and erasing the gift and grace of simply growing old. If we do believe that old buildings connect us with the past then perhaps their future should be about their renaissance and in this breath of new life, allow their stories to be respectfully and authentically retold with dignity and spirit.

About the Author Karina Waters