Smack bang in downtown Seattle, at first glance the Hotel Andra looks like a typical, inner city American hotel. The doormen are swift to bundle your bags into a lobby that has the warmth and comfort of a stylish living room, the staff are friendly, guests with dogs come and go. It’s only when you get to check in that you start to notice groups of people milling around in the lobby. The bar is upstairs so the gathering of two, three and four people is odd. And then you discover they’re all waiting for a table at one of Seattle’s hottest restaurants.

Lola is rated top of Seattle’s breakfast spots and sits right inside the hotel. It turns out the hotel’s lobby is a favourite spot to hang out during long waits for a table – the situation attracts a cool foodie crowd who will happily share their other favourite hotspots with out-of-towners. 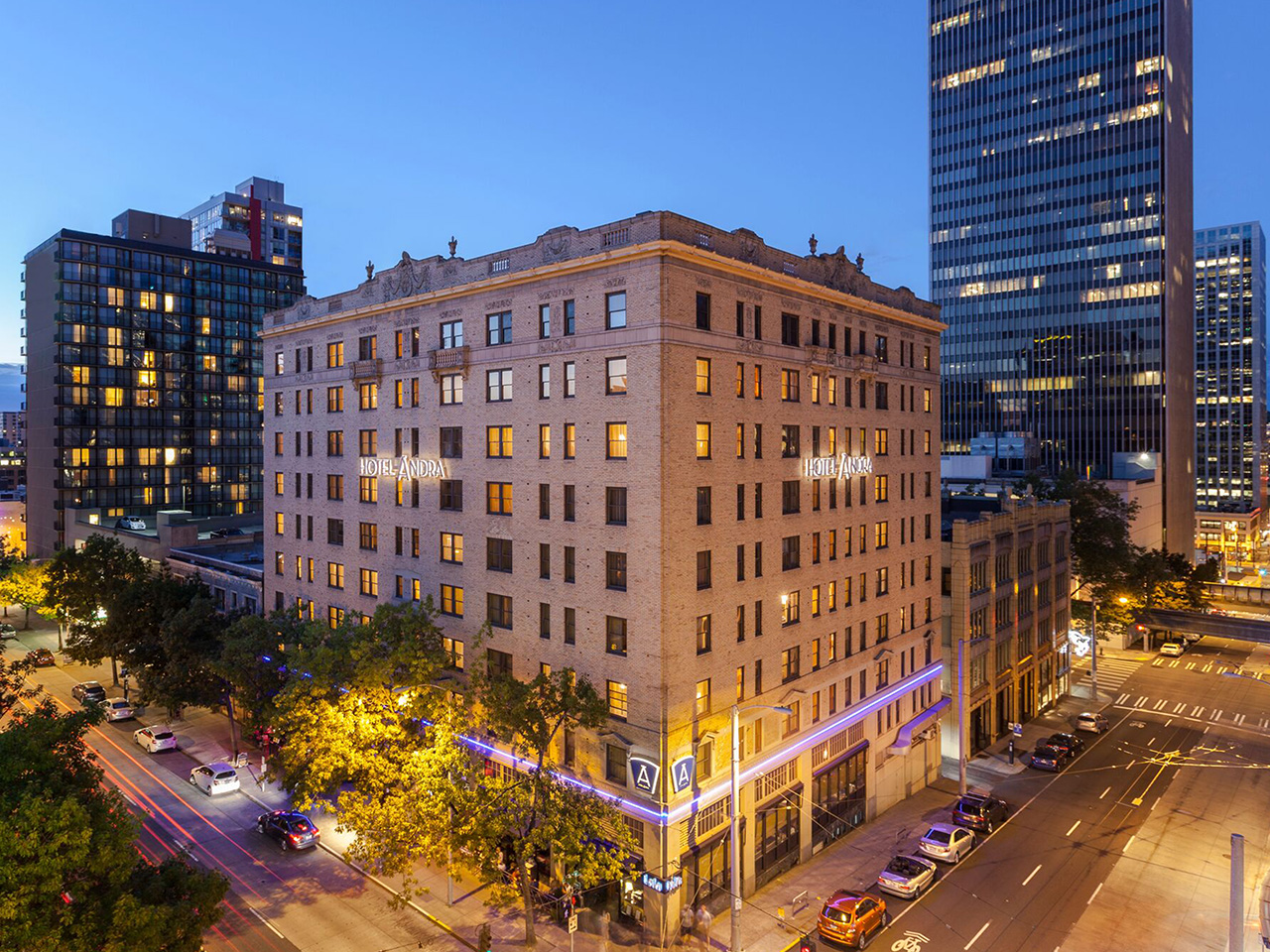 And this isn’t just any café – Lola is part of chef Tom Douglas’ impressive portfolio of Seattle restaurants. The celebrity chef owns several restaurants and cafes in the city, funnily enough most of them are on the same block as Hotel Andra. Dahlia Bakery and Lounge and the Pie Shop are right across the street. At Lola, the signature dish is Tom’s Favourite Breakfast, a Mediterranean-inspired mezze of octopus, scallions, sumac yoghurt, poached eggs and toast. His Dahlia bakery’s granola makes an appearance from across the street, and the made to order doughnuts have a cult-like following. For hotel guests, best news is Tom’s team is responsible for the hotel’s room service menu. Guests can start the day with house cured gravlax sandwiches, a stack of fluffy gold pancakes without even leaving their room.

And why would they want to? The boutique hotel sits right on 4th Avenue, looking out over the city skyline. Large open plan rooms have kitchenettes, desks and sitting areas, with walk in robes. The hotel is pet and family friendly, so you’ll see small dogs popping in and out for walks, but I never hear a peep from pet nor child during my stay. Rooms facing the street get a full day of beautiful sunlight.

At night, the hotel hosts the Hot Stove Society Cooking School in its upstairs bar and kitchen. The custom fit out is again the work of Tom Douglas, who I start to see has his hands in the pots of many fun projects. In the space of one evening I go from never having heard of Douglas to a downright fan who can’t believe my luck to be staying in a hotel so heavily connected to the chef. It turns out Douglas is self-trained, with a palate honed by extensive experience in dining out. He is casual and irreverent, bold and daring. Not afraid to do things differently, and always committed to giving back. Or so I’m told by his passionate staff. He is spearheading a “strawless Seattle” campaign to remove the disposable plastic from the city’s bars and restaurant, supports a rehabilitative cooking school by bringing program graduates into his own kitchen, and has a perchance for combining cooking and cocktails that quite frankly speaks to me! 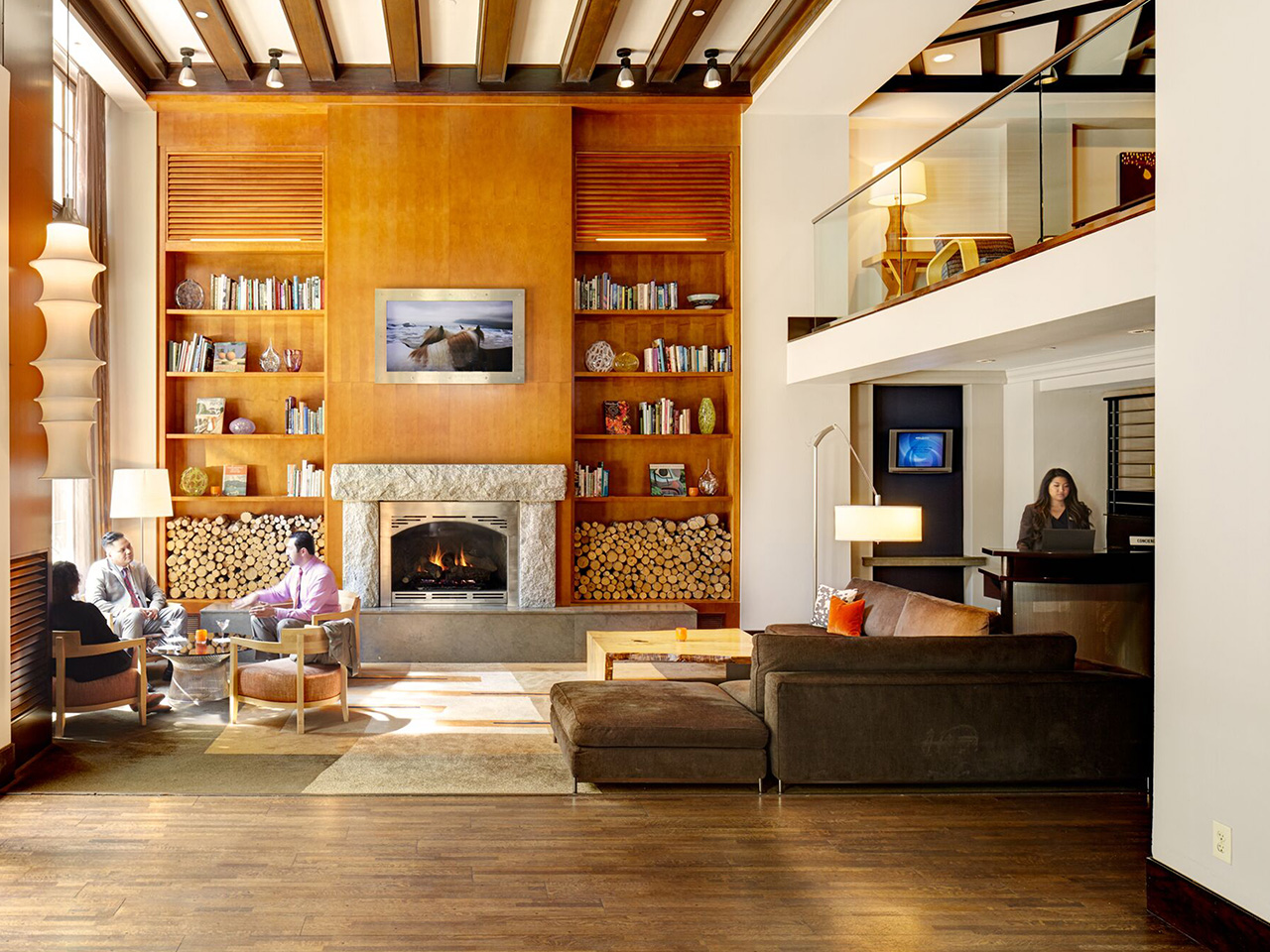 His cooking classes are run by his chefs, along with guest celebrity chefs. I join Drinking, Cursing and Cooking, with Lola’s head chef Matt Fortner. The school does run hands-on classes but tonight it’s more demonstration-style, with rows of high bar tables curved toward an outwards facing kitchen bench. Fortner’s classes are some of the most popular, regularly selling out. It’s easy to see why. It’s a few fun hours on a Saturday night, with Fortner doing all three things the class suggests. Each small dish is paired with a cocktail, we taste around 6 different dishes, there’s plenty of “cursing”, a lot of American hoo-ha, with the crowd bursting into applause every time Fornter swears (which happens a lot). They also burst into applause when his sous chef, Jack, demonstrates his personal BBQ sauce recipe – Jack has come from the program, and the Americans are wild with their applause, and encouragement, as Jack, clearly a little nervous, stumbles through his sauce. It doesn’t matter, because Fortner is larger than life, and carries on with the show, nudging and supporting Jack. It’s charming to watch, and I find myself sipping my long island ice tea and reminding Jack to stir his sauce. Fortner’s classes change theme every month – the Drinking and Cursing remain the same, but we get to try Southern American corn bread, brisket, baked beans and pulled pork buns, but next month the theme is Oktoberfest pretzels and pork knuckles. The evening ends with Fortner’s wife’s “famous jello shots”. As Dahlia’s pastry chef, she’s part of the Tom Douglas clan too, and I decide if her jello shots are anything like her famous pastries, I’m having breakfast across the road at Dahlia tomorrow. The class is the perfect night out for a solo traveller – I chat to my neighbours and am swept up in group mentality that we’re all here to have fun. Best of all because I don’t even have to leave the hotel. 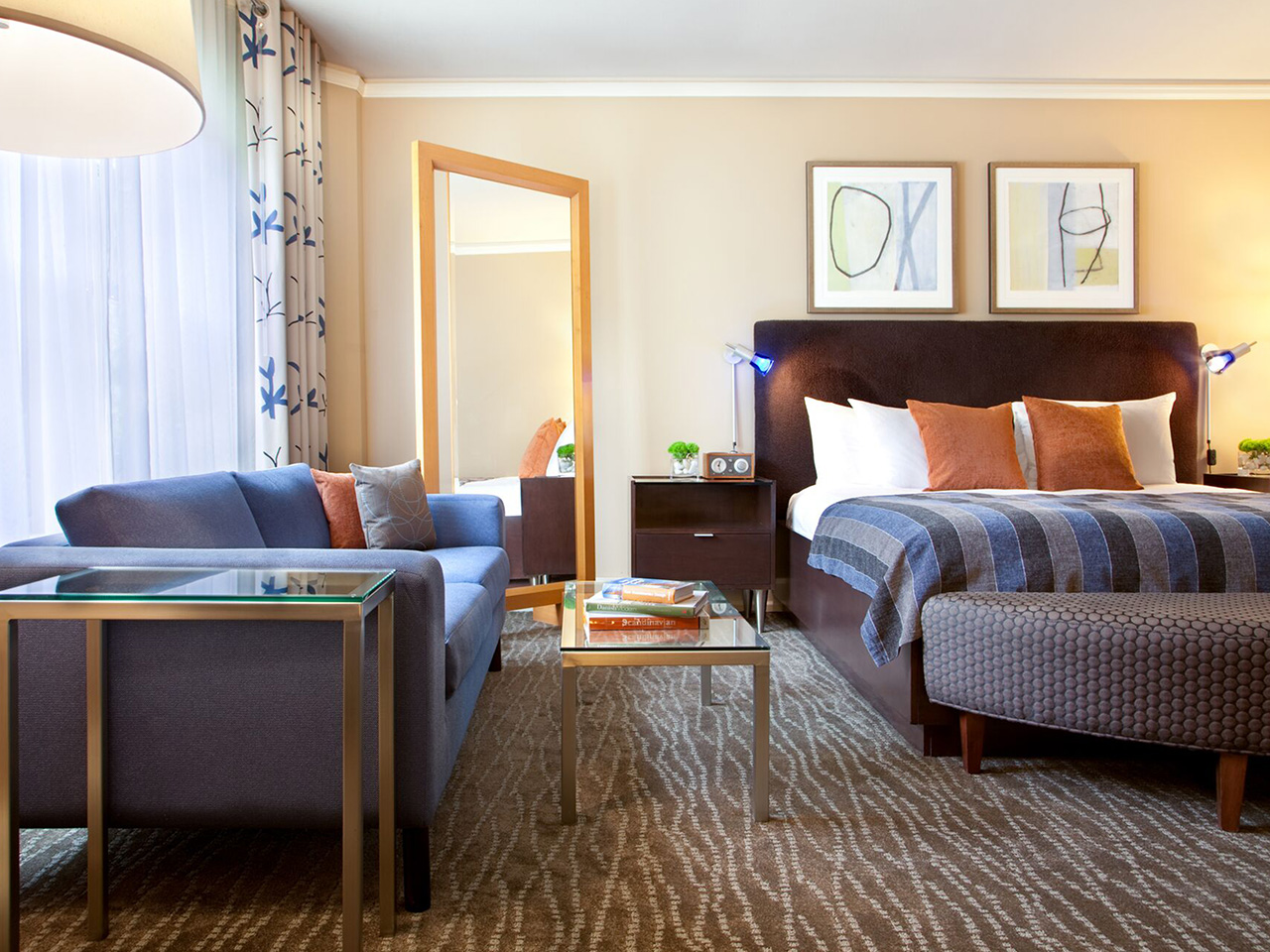 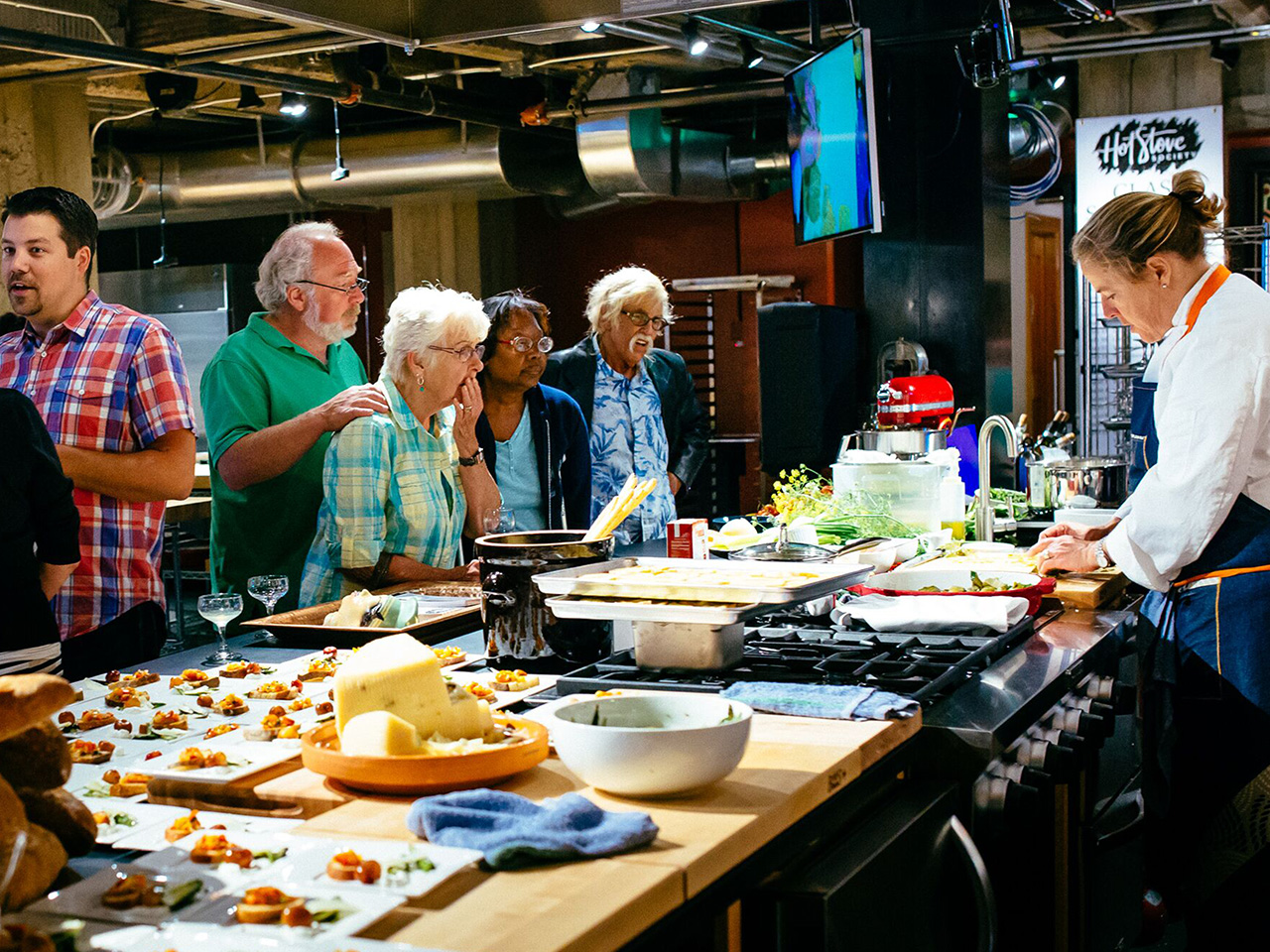 Lisa was the guest of Hotel Andra

Previous post How to Spend a Weekend in Melbourne