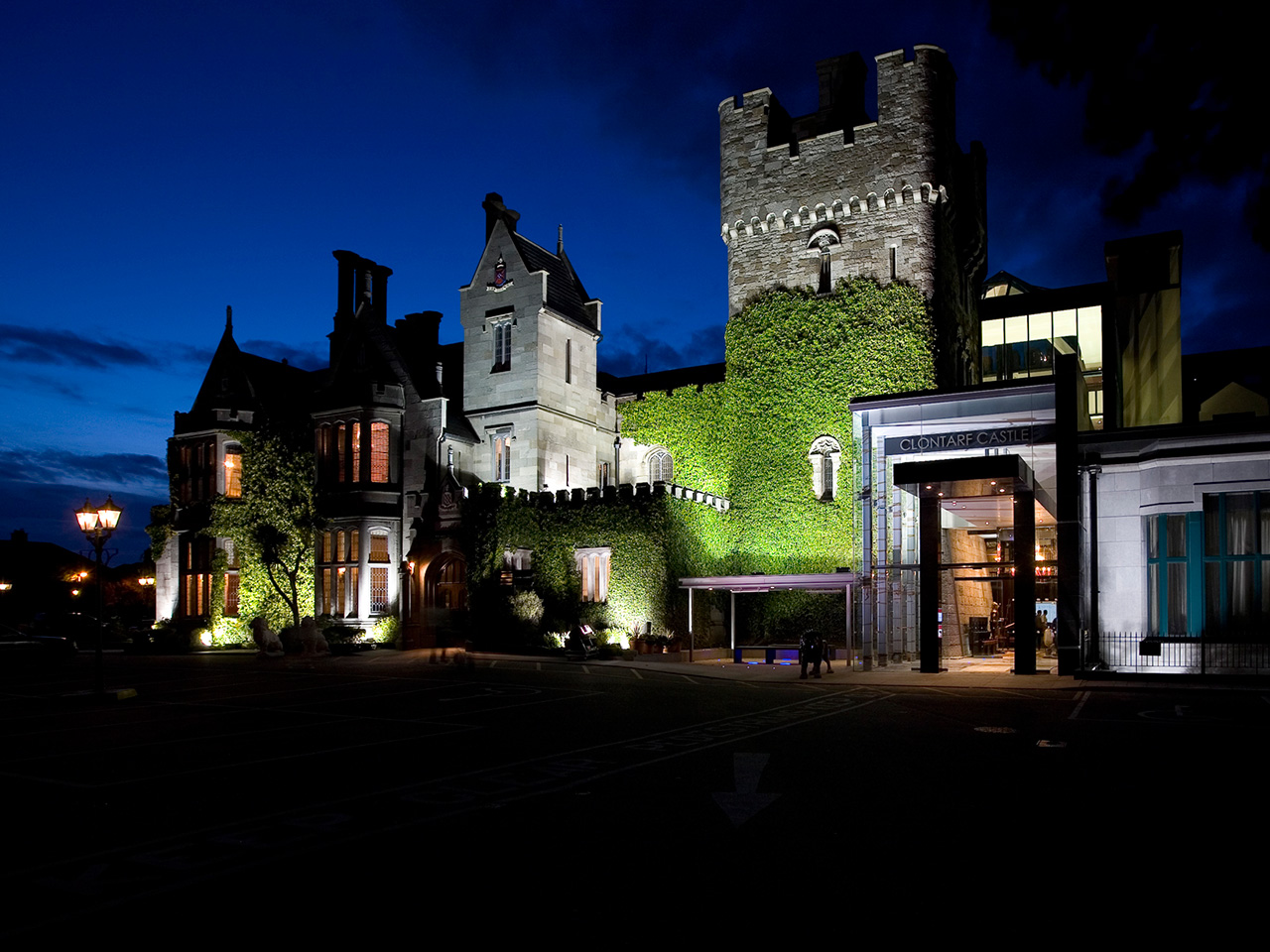 When you’re in Europe, castles are often on the sightseeing to do list. Turrets, towers, ballrooms, more bedrooms than you can imagine, elaborate gardens, garrets and more – castles are a class of their own. Well, when you’re in Dublin you can kill two birds with one stone and stay in Clontarf Castle for the night.

Just 10 minutes from the centre of Dublin, a castle has been on this site since 1172 and has changed hands several times thanks to battles and family inheritances, squabbles and bankruptcy down through the centuries.

Clontarf Castle was originally built by Hugh de Lacy, a wealthy English baron who went to Ireland with Henry II and was eventually put in charge of Dublin Castle and granted the area of Meath. This was disputed by other clans but after a couple of decapitations, and a stint fighting in France, de Lacey returned to Ireland to become governor.

He built many castles, married the King of Ireland’s daughter and generally annoyed King Henry so much that life was never without strife.

The castle that stands today was completely rebuilt in 1837 after it was discovered its foundations were sinking. Today it is a stunning 4-star hotel with restaurants, bars and a huge conference centre – often the setting for fairytale weddings.

Enter the castle through modern glass doors and at once you are transported back in time. A suit of armour stands at attention to your left against the old stone walls of the interior and ceilings reach to the sky. Small nooks of couches are dotted in the lobby and if you want a drink in a private area, just go exploring in this authentic and majestic Dublin castle that is steeped in history.