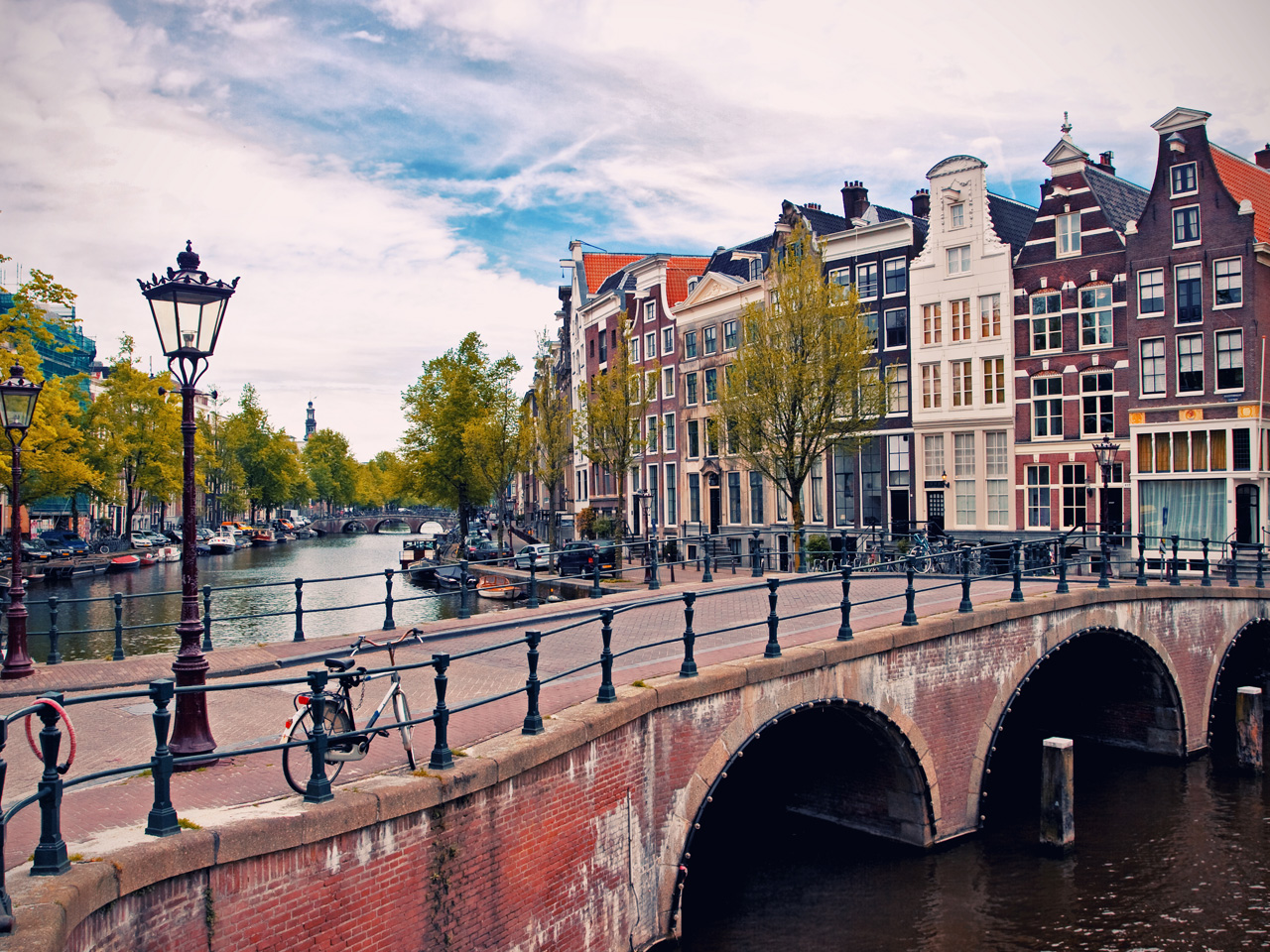 When you tell someone you are going to Amsterdam (which is in our top 5 of European destinations booked by Expedia travellers), they invariably think you have put together an itinerary of peep shows and herbal highs. But sticking to the red-light district means you miss out on seeing a city that is home to stunning art galleries, historic buildings and picturesque canals. If you want to try something new, take a foodie tour around the cobbled streets and uncover some of the Netherlands’ favourite dishes.

If you’re a seafood lover, your loyalty will be put to the test with Hollandse nieuwe – raw herring served with chopped onions. Deeply ingrained in the national culture, the herrings must be caught between May and July, and prepared according to Dutch traditions (the freshly caught fish are gutted immediately on the boats, leaving only the pancreas in the fish) to be called Hollandse nieuwe. These are sold at street stands and shops all over the city – look out for the red, white and blue flag or a picture of a woman in national costume holding a fish. To eat them, simply grasp the fish by the tail and drop it into your mouth with your head tilted back.

The Dutch like their pancakes so much they have different names for small (poffertjes) and large pancakes (pannenkoeken). The former are made with yeast and buckwheat flour, and the batter is poured into a special pan with shallow indentations that help create perfectly puffed small pancakes. Topped with icing sugar and butter, they are traditionally sold from street stands in autumn and winter. Other sweet toppings include stroop (syrup), whipped cream and strawberries. Then there are pannenkoeken – large, thick Dutch pancakes topped with savoury or sweet ingredients.

Sure to satisfy sweet-toothed travellers and history buffs alike, stroopwafels were first made in Gouda during the 18th century. But it wasn’t until 1870 that news of the deliciously chewy waffles spread across the country, and today you can find them pretty much everywhere. Even Ikea. Consisting of two thick layers of batter sandwiched together with a sticky syrup they are best enjoyed with a mug of steaming hot tea or coffee. Place the waffle on top of the drink to soften and melt the gooey centre – naughty, but so nice! Take some home with you – you will find bags of stroopwafel being sold at most bakeries.

The Dutch can’t claim to have invented the humble chip, but they have adopted the calorific patat – thick and crispy fries that hail from northern Belgium – and made them their own. The ultimate street food snack on a chilly day, a cone of patat that has been slathered with mayonnaise will fill you up between meals and keep your hands warm. The chips are extra crunchy on the outside and fluffy on the inside at Vleminckx Sausmeesters (Voetboogstraat 33). If you are feeling adventurous, order patatje oorlog (meaning chip war), a stomach-churning mix of peanut sauce, mayo and onions. Other toppings include curry sauce and spicy sausage.