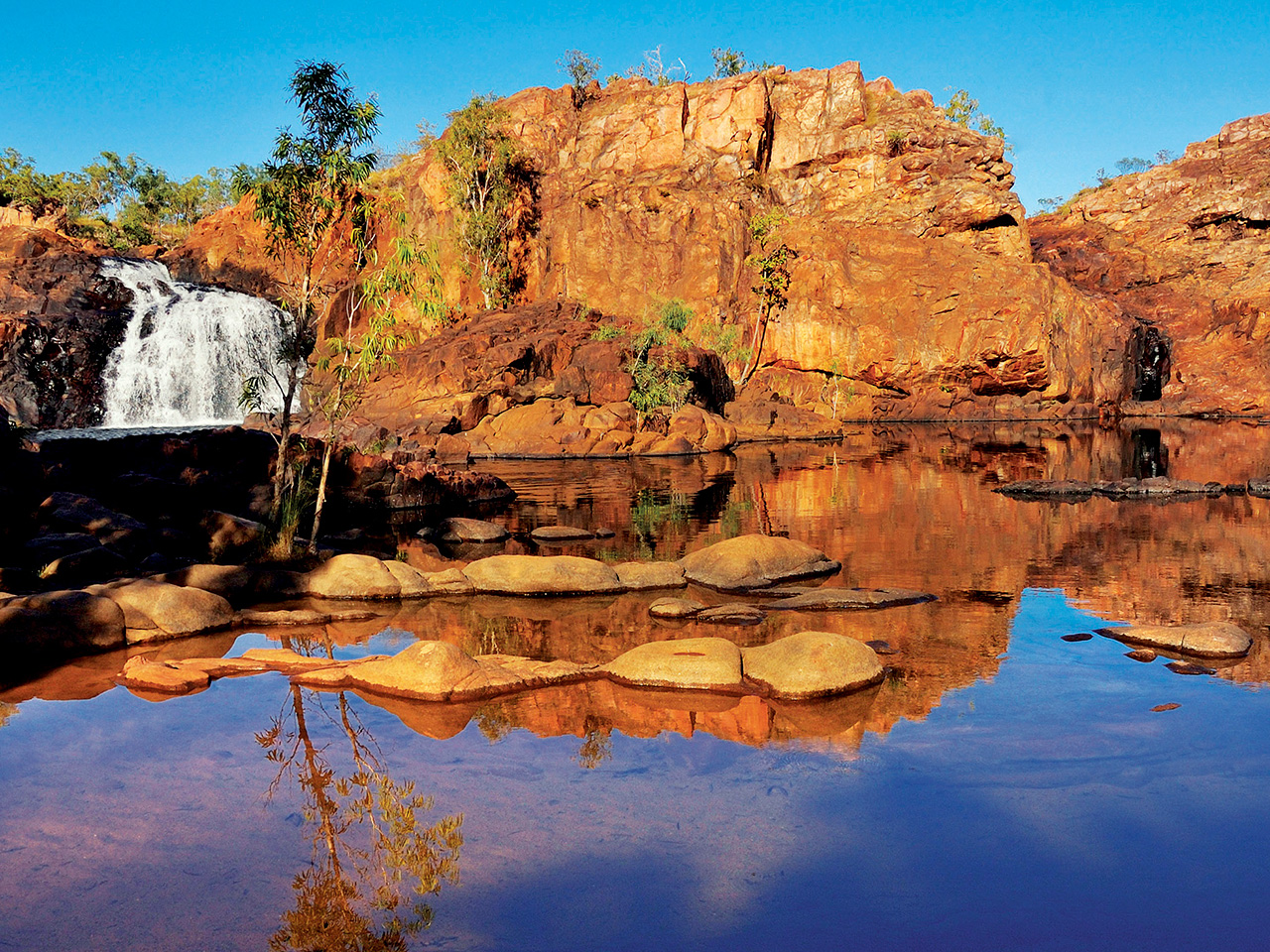 The Northern Territory may have a lot of wide open spaces, but it’s also home to some of Australia’s top tourist destinations. Here’s a few of Expedia’s Aussie travellers’ top activities in the NT:

Soar high above the dramatic MacDonnell Ranges and their famous ochre-colored sandstone cliffs on a helicopter tour from Alice Springs to Mt Gillen.

Make the most of your trip to the Red Centre with a three or four day tour of the major natural landmarks. See Kata Tjuta, Ayers Rock (Uluru), Kings Canyon and the MacDonnell National Park.

See sunrise from a different perspective with a balloon flight out over the Outback. It’s an early start from Alice Springs, but the view is definitely worth it. As is the champagne once you’re back on the ground.

Head out from Darwin on the Adelaide River and get ready for some action. The Fogg Dam Nature Reserve and Window on the Wetlands are home to more than 1,600 crocodiles.

On another day trip from Darwin, head out to the Mary River Wetlands to see a lush oasis home to thousands of species of wildlife. Spot birds of all shapes and sizes and a few Saltwater crocodiles in the Corroboree Billabong.

Home to 13 gorges, the Katherine Gorge network in Nitmiluk National Park is a must visit when you’re in Darwin and this is a fuss-free way to see it. Take in the dramatic beauty of Edith Falls, go for a swim in the waterhole, see stunning examples of Indigenous rock art and spot crocs on a river cruise through the Gorge.