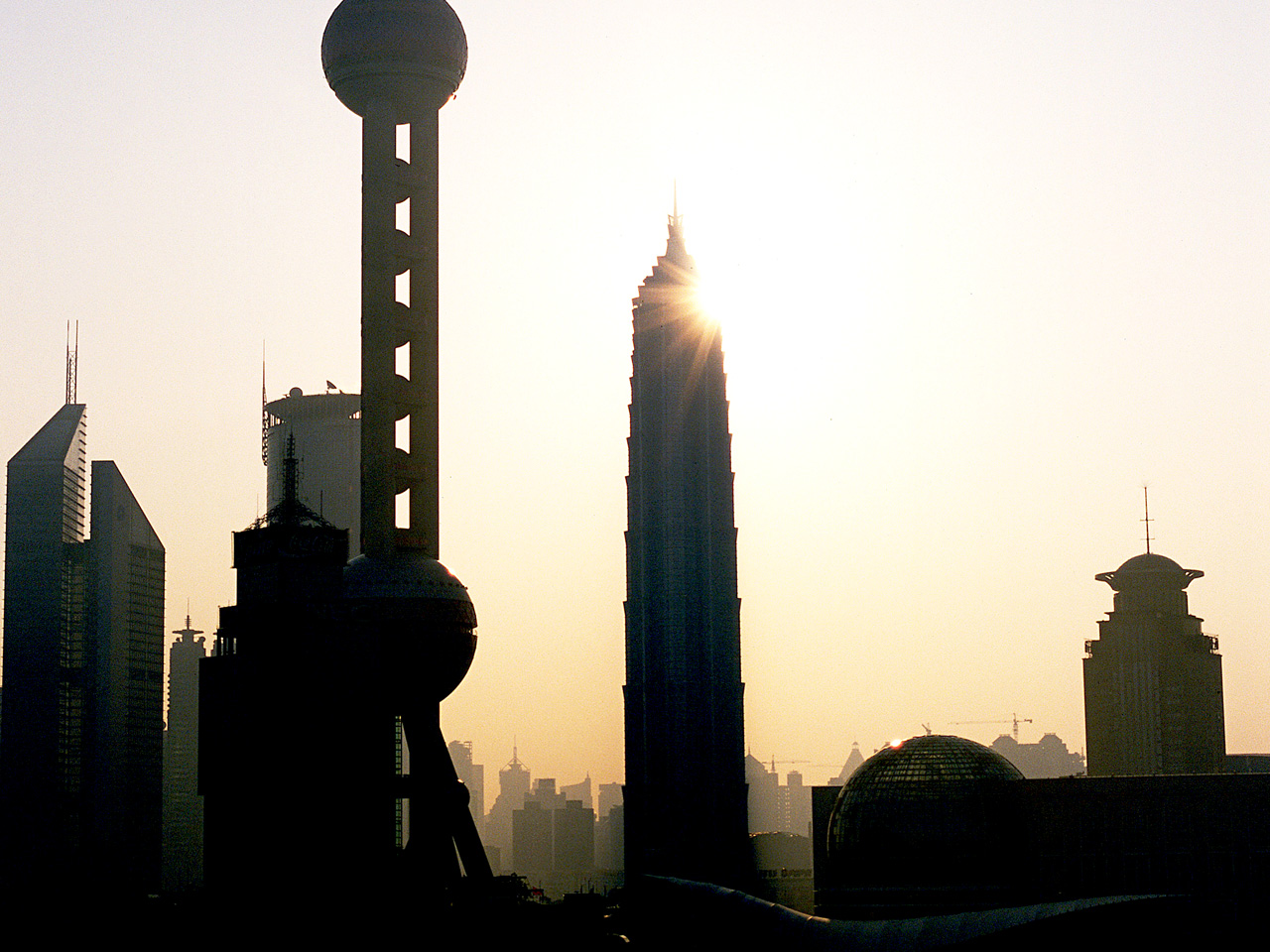 Chaotic traffic, colonial buildings, peaceful temples and pulsing nightclubs – Shanghai is a place of contrasts. The city is evolving at a breathless pace, leading the way for the rest of China. It’s the number one destination for Expedia’s Aussie Travellers heading to China, who usually stop by for around three days – here’s our guide for what to do on a Shanghai stopover that makes the most of past and present.

Escape the dizzying modernity of Shanghai and head just 25km west of the city to uncover a charming glimpse of traditional village life in rural China. The 1700-year-old settlement of Zhujiajiao is built around a series of lakes, rivers and canals, and is the oldest of its kind in the country. The arching bridges, slow-moving boats and incense-filled temples are evocative of an altogether simpler time. The Shanghai Suburb Water Village Tour is a great introduction, taking you along the canals and rivers.

Back in the madness of Shanghai, head to The Bund for a walk alongside the mighty Huangpu River. The Bund (meaning embankment) was once a muddy towpath but after the Opium War of 1842, it was transformed by wealthy foreign powers. They built grand Colonial-style Banks and trading houses, many of which remain today. Save your stroll for after sunset, when views of the futuristic Oriental Pearl Tower and the revitalised Pudong area across the water are best. An Evening River Cruise is a great option for a more chilled out vantage point. Disembark and head to the bars in the hip Xin Tian Di neighbourhood – TMSK is probably the most impressive with its stunning glass sculptures, glowing green bar and supper club vibe. 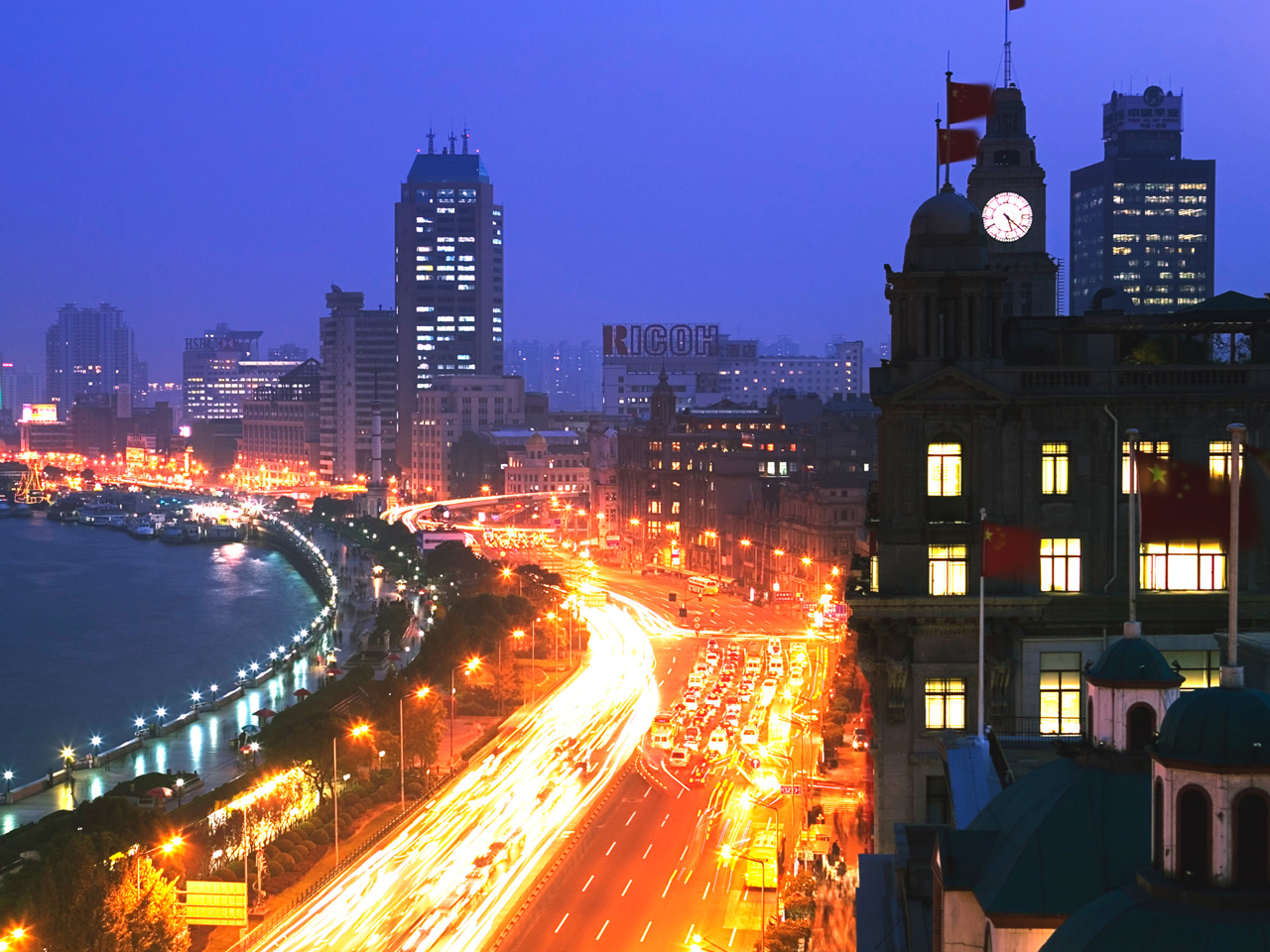 The street that never sleeps, Nanjing Rd, is shopping central. Underneath a riot of neon signs that could easily give Time Square a run for its money is a 5km-long strip of malls, luxury stores and world-renowned brands. There are still several specialty shops where you can buy Chinese silk and jade. While it all looks eye-achingly modern, the area was established in the mid-1800s when the port city started selling off the foreign imports arriving by the boatload. The road is just for pedestrians but weary fashion-seekers can always hop on the trackless sightseeing train.

If, like us, you shop with your stomach, then the old-school twisting alleys and food stalls around nearby Wujiang Road are the place to spend your money. And you won’t have to spend much to get a great feed. Traditional Shanghai dishes on offer include shengjian (juicy pork buns) and guotie (potsticker dumplings).

And for a really traditional shopping experience, explore the Flower, Bird, Fish and Insect Market (405 Xizang Nan Lu), which is exactly as it sounds – rows of turtles in tanks, kittens in cages and grasshoppers in woven baskets. It’s certainly a sight to behold, but the poor levels of creature comfort might upset some visitors.

When you’re surrounded by shiny skyscrapers it’s easy to forget about China’s rich history. Get a crash course at Shanghai Museum (201 Remmin Avenue), home to thousands of breathtaking artefacts from dynasties spanning centuries. The calligraphy section is a stunning testament to such a skillful ancient art form.

History lesson over, it’s time to visit the city’s modern art galleries – you’ll find a handful of them at M50 (50 Moganshan Lu), a vast contemporary space housed in a cluster of old industrial buildings to the north of the city.

From street eats to five-star dining

Soak up authentic Chinese flavours by feasting at street food stalls – starting with a breakfast of freshly fried cong you bing (savoury pancakes stuffed with spring onions and pork) at A Da Cong You Bing (Lane 159, behind 2 Maoming Lu, near Nanchang Lu). The owner starts cooking at 5am and the crowds come soon after. Then there’s the must-try late-night snack, sold on most bar-lined strips, called Shao kao (barbecue). A beautifully smokey barbecue marinade on meat and vegetable skewers gets an extra boost with the addition of Sichuan peppercorns.

For a modern, fine-dining take on Shanghai staples, it has to be Fu 1088 (375 Zhenning Lu). True to its 1930s Colonial villa surrounds, guests dine in private nooks filled with antiques. Dishes to try are traditional hongshao rou (red braised pork with ginger), goose liver poached in sake and crab with egg white – a dish so delicate it’s served in an eggshell.

Watch locals carrying out an age-old exercise routine from the modern, art deco-style surrounds of Sunrise on the Bund (168 Gaoyang Road). At sunrise, the boulevard is full of people practicing Tai Chi – and if that isn’t calming enough, make a beeline for the hotel’s indoor pool and spa.

Want to be a little closer to the action? The Huangpu region, between The Bund and Nanjing Rd, is one of the most popular spots for Expedia’s Aussie Travellers. Les Suites Orient, Bund Shanghai is a boutique hotel right on The Bund. City view suites take in the bright lights of Huangpu but check into a Bund suite for sweeping views of the Huangpu River and Pudong beyond. Go for a Shanghai Deluxe suite and you get both. For a few more ideas on where to stay, check out Expedia’s Shanghai Holidays.