Three Dolphin Swims not to be Missed 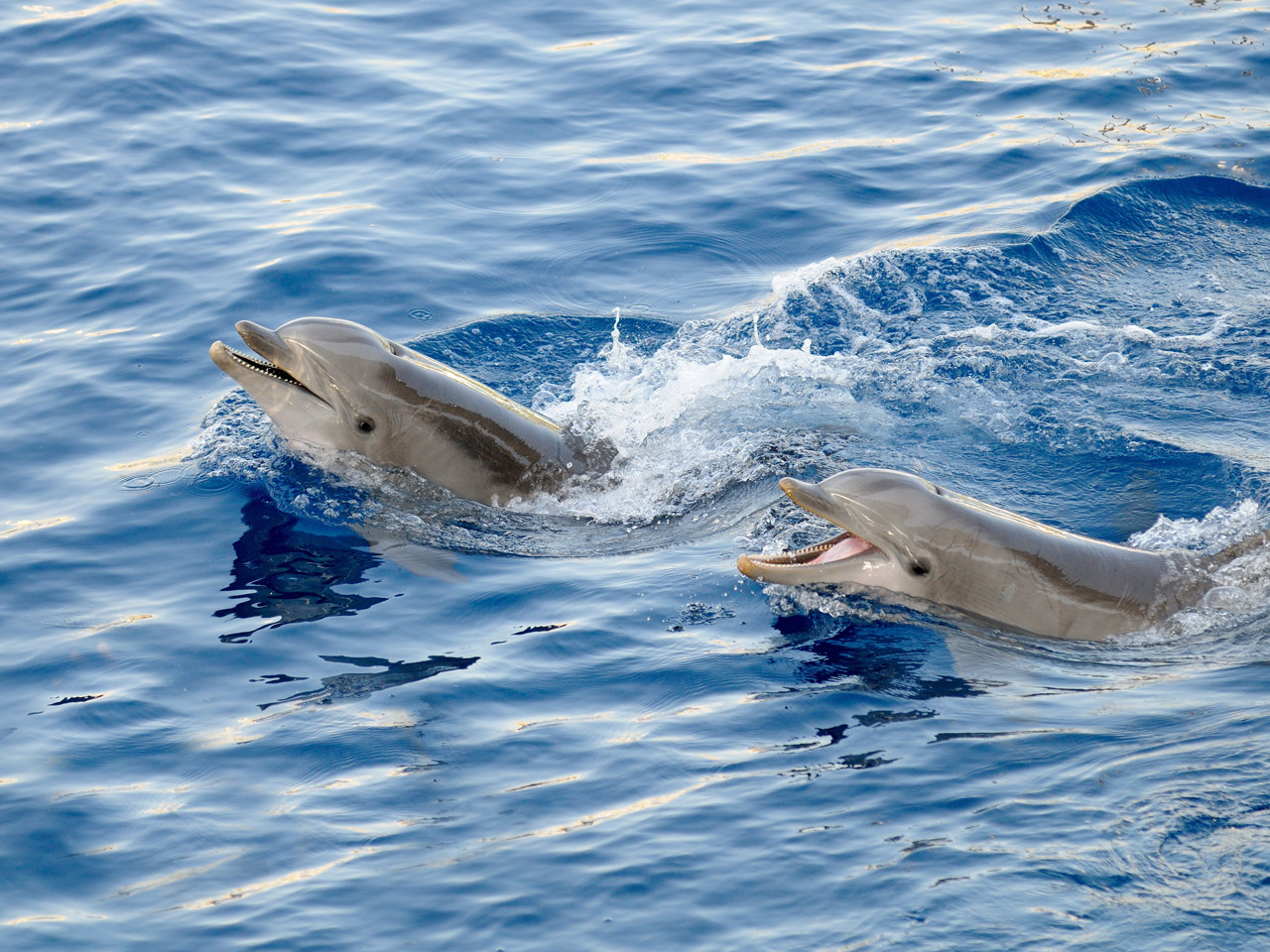 I swam with a bomb detecting dolphin in Tahiti. She was retired from the US Navy (I’m resisting jokes about Navy Seals. Boom!) and now she lives in a lagoon on the island of Moorea, being hand fed by adoring trainers and whizzing around her pools when humans jump in.

Hina is a bottlenose dolphin and this year she’ll turn 36, which is remarkable considering the average dolphin in the wild lives to 25.

Swimming with dolphins, whether in captivity like this, or out in the wild, is an amazing experience. Up close they’re really big (the bottlenose can grow up to four metres long) with rubbery skin.

Being in the water with Hina was a tick on my Bucket List. I donned a mask and on command she and I both obeyed our trainer. The humans put their heads underwater to watch as Hina obediently sped past in a blur of bubbles before leaping into the air. With a flick of her tail, she crashed back into the lagoon with a mighty splash. She was having a blast and so was I.

Out in the wild, dolphins are just as interested in playing with the humans. On a recent dolphin cruise in New Zealand’s Bay of Islands, I decided it was too chilly to get wet so I stayed on board to play photographer.

The boats that set out from Paihia are designed so you can just step off the back into the deep blue. Some have nets that you can lie in as the boat follows and this is a great way to see underwater without having to do any swimming.

Excited swimmers line up in their snorkels, masks, fins and wetsuits. They slip into the water. The dolphins are curious, it’s as if they know it’s play time. They swim over to get a better look, then dive away, surfacing again in the distance, leaping out of the water and turning back for another look while the people on board shout viewing directions to the swimmers.

In Australia you can get up close to dolphins in several spots but the Gulf of St Vincent is well known for wild swims. Just off the coast of Adelaide’s Glenelg beach, the morning starts early as you board your yacht. Long ropes dotted with buoys are dragged in the wake and that’s what you hang on to. It’s a foamy ride if the swell is high but dolphins dodging around and under you are a great distraction.

Dolphin swims are a great way to get close with this friendly sea creature but there are plenty of regulations to ensure they’re not upset. It’s illegal to swim when they have juveniles with them, boats should approach them from behind or beside and at no faster than five knots. Follow the slowest dolphin, and don’t make any erratic movements or you’ll scare them away. Jet skiers are a pain when it comes to dolphin watching.

Commercial operators and leisure boaties follow unwritten rules in the Bay of Islands. There’s no viewing between 11.30 and 1pm (like visiting time at the hospital to give them a rest!) but the rules vary from place to place.

You’ll hear stories of wild dolphins coming to the assistance of humans in trouble; rescuing them from sharks or helping distressed swimmers to the surface. They’ve also come to the rescue of whales. In 1983 a group of pilot whales were stranded in Northland, New Zealand and after an unsuccessful human attempt to refloat them, a pod of dolphins came in and herded the whales out of the shallows.

The dolphin is an incredible animal – if you get the chance to put that tick on your Bucket List, don’t hesitate! The best part is this experience occurs around the world. Hawaii, Fiji, the Whitsundays, the Caribbean, even the Red Sea…

Previous post Darwin: A Day in the Melting Pot