Things to do in Dubai with kids under 5 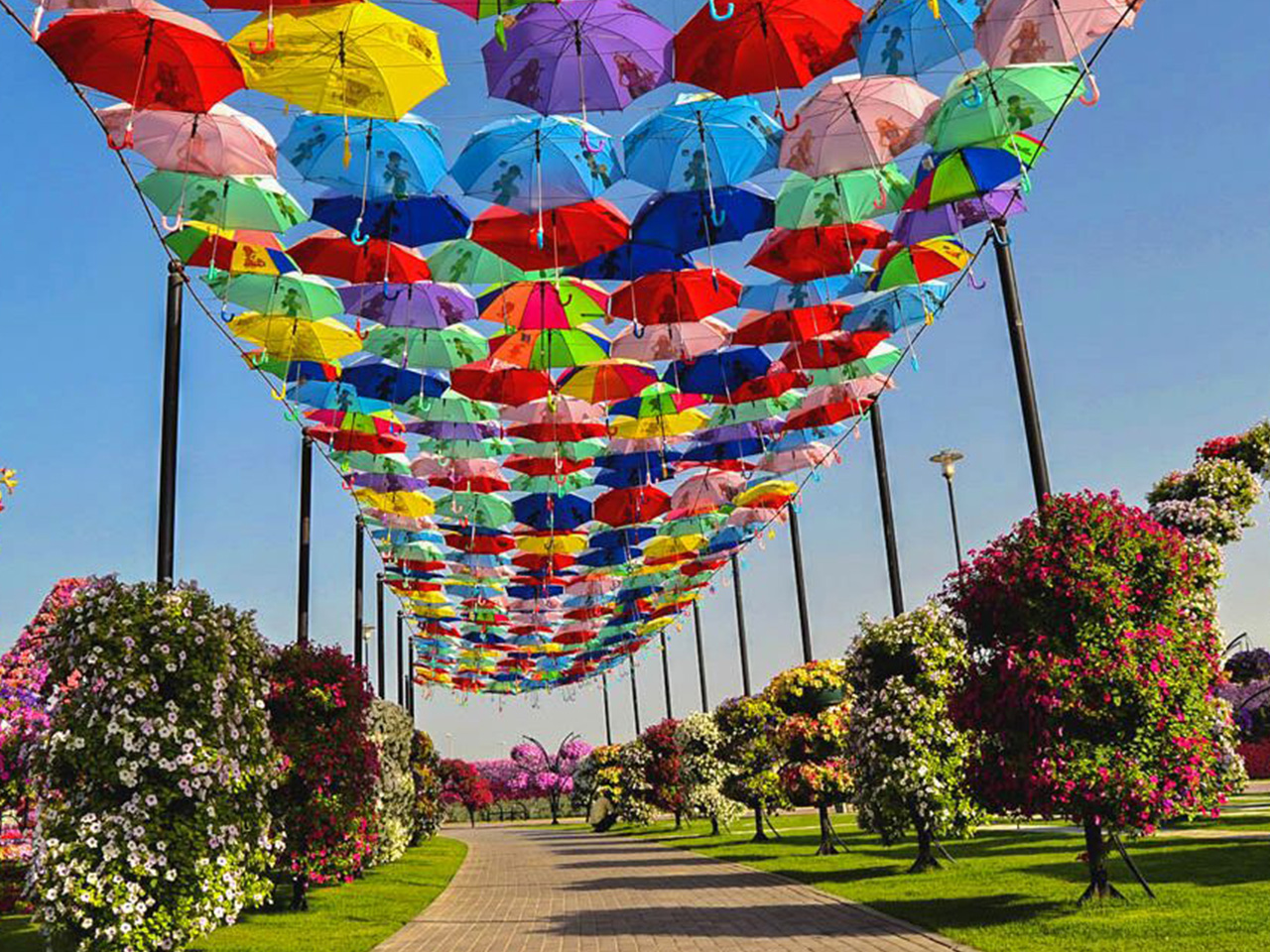 Whether it’s an extended layover or a destination holiday in the luxury capital of the world, Dubai provides every sightseeing experience under the sun. But can the City of Gold appeal to the youngest of young sightseers? Yep! Butterfly gardens, mini theme parks, and dolphin show adventures await. Read on for our top 5 things to do in Dubai with kids under 5.

What it is: A full-day sightseeing tour hosted by City Sightseeing that makes stops throughout the United Arab Emirates’ most populous city. The double-decker bus traces 5 distinct routes, pausing to pick up passengers at more than 20 landmarks, including the Jumeirah Mosque, the Dubai Museum, and the Burj Khalifa—the world’s tallest building.

Why you should do it: The highly rated tour offers a kid-tested way to see the city. Hop aboard the bus at any of its convenient departure points and bid the tour farewell when you’ve had your fill—or naptime demands your full attention. Admission to a handful of attractions and three walking tours make this pass one-stop-shopping for those who aim to see Dubai’s top sites with the ankle-biters in tow.

What it is: A half-day sightseeing tour that introduces you to two of Dubai’s olfactory delights—the Butterfly Garden and the Miracle Garden. A guide collects you from your hotel and introduces your little ones to the miraculous species inside the 5,905-square-foot (1,800-sq-m) butterfly house, as well as blossoms that stretch as far as the eye can see in the aptly-named Miracle Garden.

Why you should do it: This duo of educational sites introduces budding (no pun intended) naturalists to environmental wonders they won’t see anywhere else. Watch their faces light up as an elusive monarch alights on their shoulder, and then head to the Miracle Garden for a look at the longest wall of flowers to be found anywhere in the world.

What it is:  A new form of “edu-tainment” that invites kids to sample more than 80 occupations. Inside a pint-sized world of miniature city streets, hospitals, fire stations, governmental buildings, and more, kids can dabble in the working world through imaginative play. When the day is done, kids head to the model bank to discover how their money can grow.

Why you should do it: With so many things to do in Dubai, Kidzania stands out from other theme parks by providing children with a totally unique experience. Unlike Dubai’s other kid-friendly hotspots, Kidzania by Alpha Tours gives kids a safe space to engage in pretend play, which scientists have determined to be a powerful learning experience for youngsters.

What it is:  An interactive dolphin show at the Dubai Dolphinarium at Creek Park. During the adorable performance, talented dolphins and fur seals put on a show led by marine trainers. The action-packed experience exposes kids to the underwater world from a space distance and clues them in to the incredible intelligence of some of the world’s most curious sea mammals.

Why you should do it:  The Dubai Dolphinarium specialises in teaching kids about ocean ecosystems. Aspiring marine biologists delight in the bite-sized show, which reveals the dolphins’ amazing acrobatic prowess and even engages the audience during a collaborative beach ball event.

What it is: Admission to the Wild Wadi Waterpark, offering respite from the sun with a climate-controlled wave pool, multiple waterslides, artificial surfing machines, and a playground and lazy river based on the tale of Juha, a popular character from Arabian folklore.  The park is conveniently situated in downtown Dubai, in front of the Burj Al Arab hotel.

Why you should do it: Wild Wadi isn’t Dubai’s only waterpark—but it is the international city’s only theme park to feature characters from Arabian folklore. Your juniors will fall head over heels for the slides, games, and water cannons in Juha’s Dhow and Lagoon, while the lazy river in Juha’s Journey is reputed to produce ear-to-ear grins

Want to reward your young ones with a sweet treat when you’re done adventuring for the day? Consider heading to Ice Cream Lab, an LA-based producer of liquid nitrogen ice cream that kids go nuts for. Or, head to MilkCow in the Trident Grand Mall for a frozen soft-serve confection with flavors like Milky Way and Arabian Date.