All Aboard the Sea Monster Allure of the Seas | Expedia.com.au

All Aboard the Sea Monster: Allure of the Seas 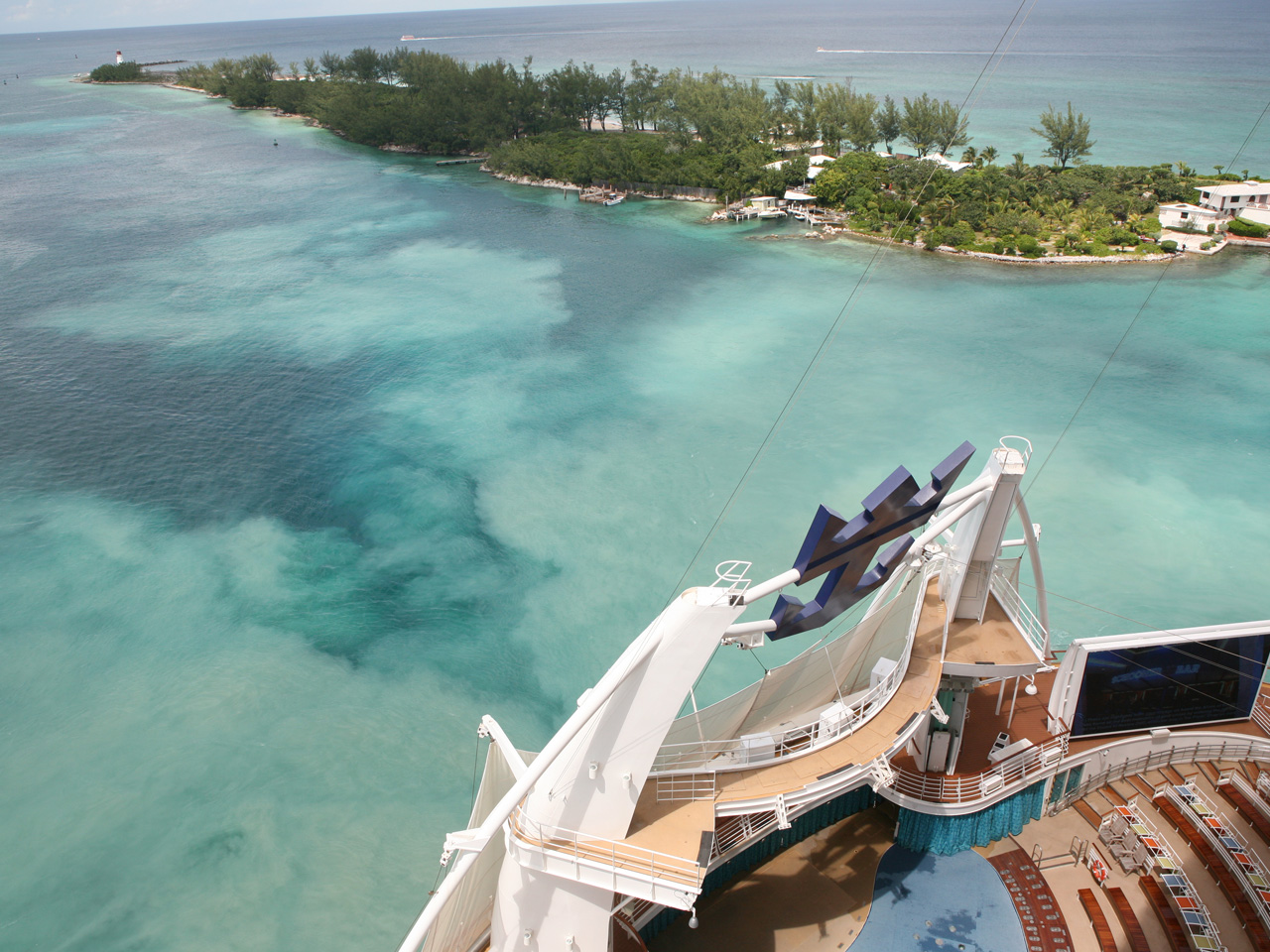 Cabin fever is a term you definitely won’t hear aboard the Allure of the Seas. The world’s largest cruise ship takes cruising to another level and that’s not just because there are so many different floors, neighbourhoods and amenities.

At 225, 282 tonnes, she’s a beast. And that’s the beauty of it. The 6400 passengers could get lost between more than twenty places to eat, two rock climbing walls, a jogging track, ten hot tubs, the pools, a two-storey shopping centre and the basketball court.

And we did get lost. On a seven night Caribbean cruise, more than once we managed to end up in Central Park (home to more than 12,000 living plants) when we wanted to be on the Boardwalk or at the Theatre instead of the Dining Room.

You won’t stay lost for long – LCD screens stationed along the decks provide interactive maps and directions. The screens also show up-to-date restaurant capacity so you can pick and choose where to eat without having to trek from bow to stern to find a table.

Wondering what to eat? Every passenger has a seat in the main dining room for dinner, but there’s other options too. Book into a specialty restaurant like Giovanni’s Table for Italian, grab casual burgers at Jonny Rockets (where the staff literally perform a song and dance), go for Mexican at Rita’s Cantina, squeeze in a degustation at the Chef’s Table or stop by the Windjammer Cafe for a quick buffet dinner. During the day there’s the bagel bar at Park Café, decorate-your-own-cupcake classes at the Cupcake Cupboard, free hot dogs and donuts on the Boardwalk and that’s just the tip of the iceberg. 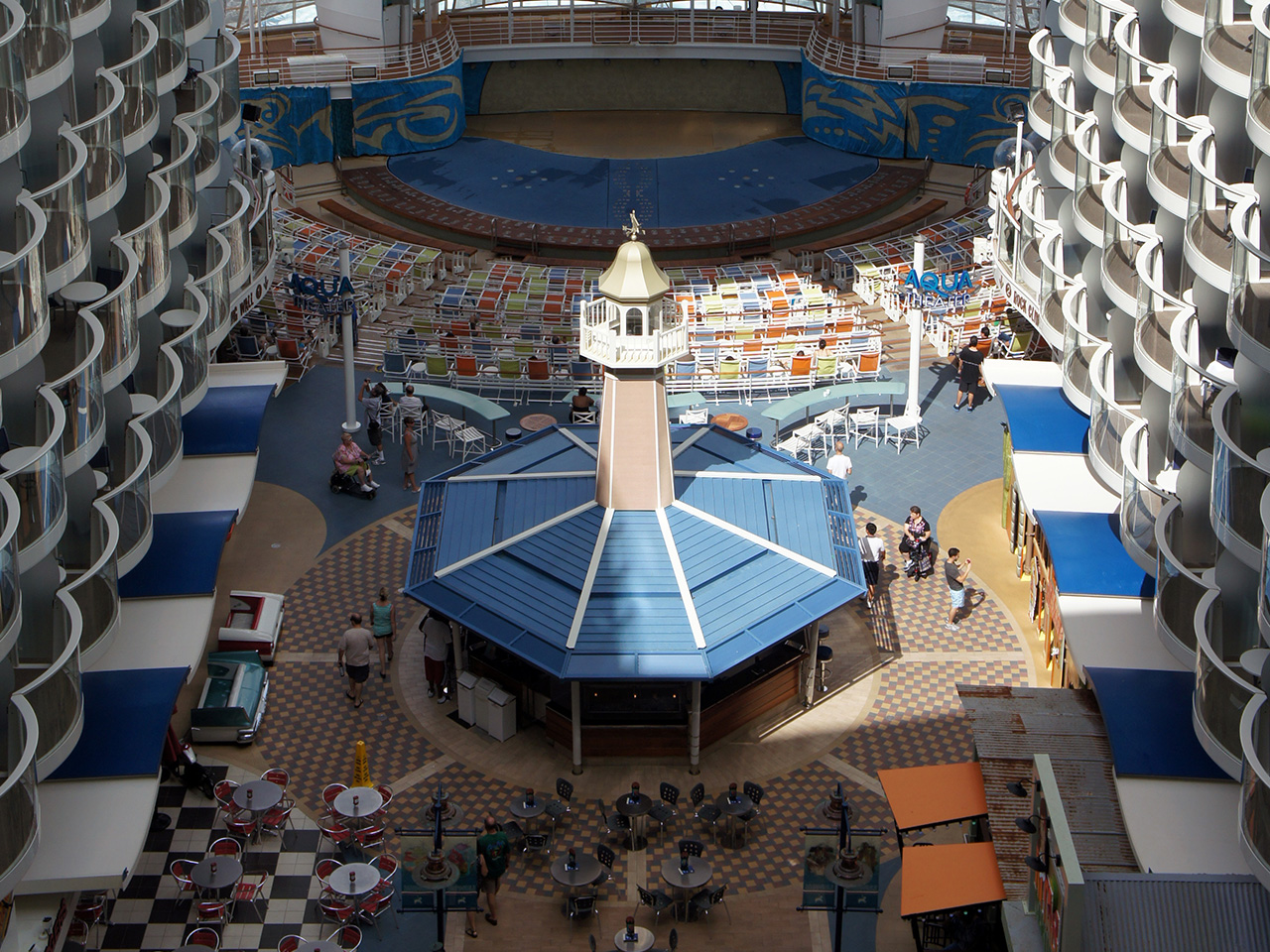 By the end of our Caribbean cruise we still wanted to squeeze into our swimmers so we tried out the running track, hit the basketball court, gave the rock climbing walls a go, spent some time playing mini golf, rode the waves on the Florider Wave Simulator and braved the Zip Line. True, sailing 24.9m across open deck didn’t require much physical exertion but the adrenalin rush surely burnt off my mid-morning donut.

Plenty of those activities are for the kids, but the big kids can join in too. Just for the kids is an amazing amazing kids club program (from six months to 17 years), and the Allure of the Seas has partnered with DreamWorks so you’ll see characters from How to Train Your Dragon, Kung Foo Panda and Shrek wandering around.

We managed to escape the cartoon characters by hopping on the Rising Tides Bar, which slides between three stories of the Royal Promenade serving cocktails the whole way.

The Broadway-worthy performance of Chicago was definitely adults-only but we were more than happy to join the kids at the Let Me Entertain You show in the Aqua Theatre. High diving and aquabatics in 518,600 litres of moving water is quite a feat. Wearing DreamWorks costumes at the same time is just astonishing. 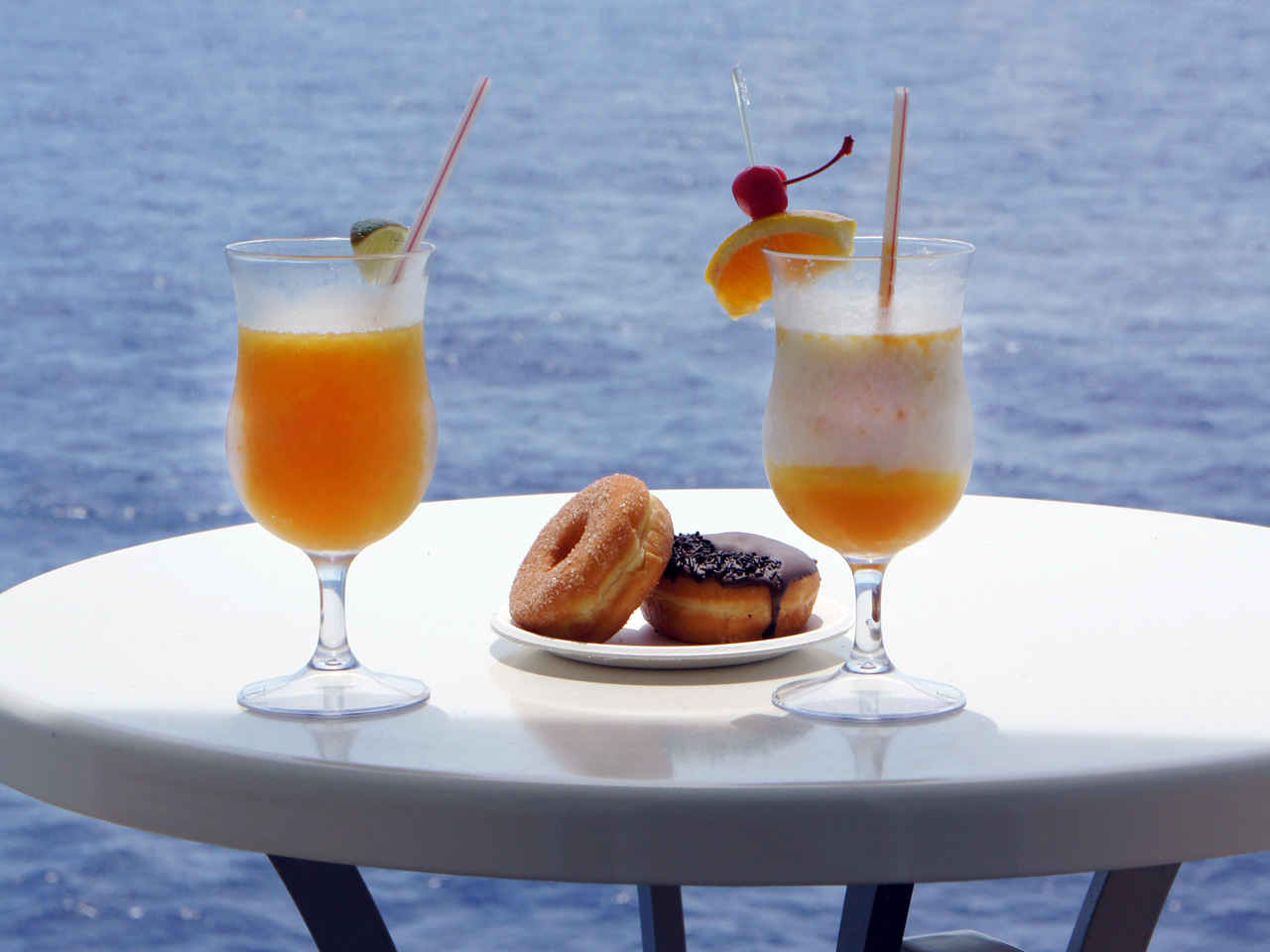 And so in between the shows, meals and rock climbing, what did we do? The ship isn’t just floating around the Caribbean. We called in at St Maarten, Nassau and St Thomas before sailing back to Fort Lauderdale, Florida. The round trip gives you a chance to see colonial history, go shopping, swim with turtles and when you pull up next to other vessels on the popular route, see just how big the Allure of the Seas really is.

Towering over all the other ships in the harbour, the Allure of the Seas is the best kind of sea monster.

Ready to hit the high seas? Check out Expedia’s Cruises.

Wonderful Ways to Wander the World