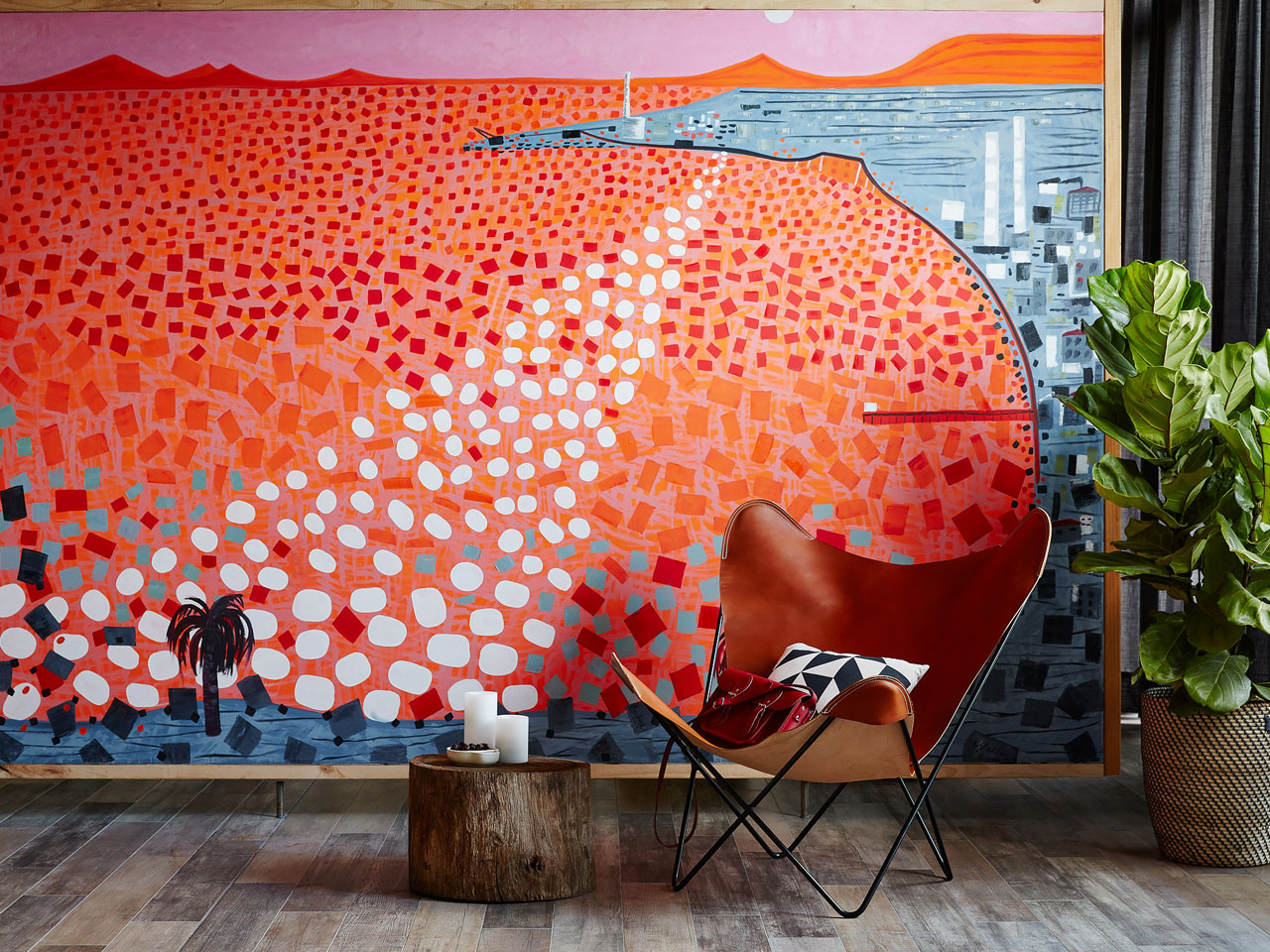 At this point in the year the June long weekend is a distant memory; Christmas you don’t even want to think about. It may be just one extra night but the October long weekend could not come soon enough.

How do you make the most of three days off? Here’s our long weekend guide – five destinations within two hours drive of Melbourne and Sydney where you can escape the grind and recharge.

Spa country. Just an hour and a half away from Melbourne, Hepburn Springs is the little sister often sitting in the shadow of the well-known township of Daylesford. Just a few minutes’ drive from Daylesford’s pretty shops and award winning restaurants, Hepburn Springs has charm in spades and a few hidden gems. Make a beeline for Hepburn at Hepburn, home to a handful of uber-luxe villas. We’re talking enormous bathtubs in glass-walled bathrooms, electric fireplace, super cool lights and a velvet lounge you’ll want to sprawl out on and never move. But you will, because the Hepburn Bathhouse and Spa is just across the road. Dating back to 1895, the bathhouse draws mineral waters straight from the spring out back into a series of pools and spas. The main pool’s modern makeover sees you soaking and looking straight out the floor to ceiling windows into a little patch of rainforest.

Ninety minutes’ drive North West on the Calder Highway and you’re out of Melbourne and into gold mining country. Bendigo had its boom back in the 1870s when the Sandhurst mines were pumping, and after a lull, the town is making a comeback. The Colonial buildings give the town an old worlde feel but there’s plenty of new activity around the place. The Brewhouse Coffee Roasters take their coffee seriously – with a graffiti art, exposed brick walls and roasting on site, you could be in a Melbourne café. The high ceilings and dramatic arches of the Wine Bank on View’s original building (as the name suggests, it was originally a bank when built in 1876) alone are worth a visit – a glass of wine from one of the local Victorian wineries is the cherry on top. Take the kids to Bendigo Pottery, Australia’s oldest working pottery, where they can get their hands dirty in clay sculpting classes. Then check into The Schaller Studio, the brand new Art Series hotel in town. As the name suggests, this boutique hotel takes its design theme from artist Mark Schaller, with 240 original works on display throughout the public spaces and rooms. 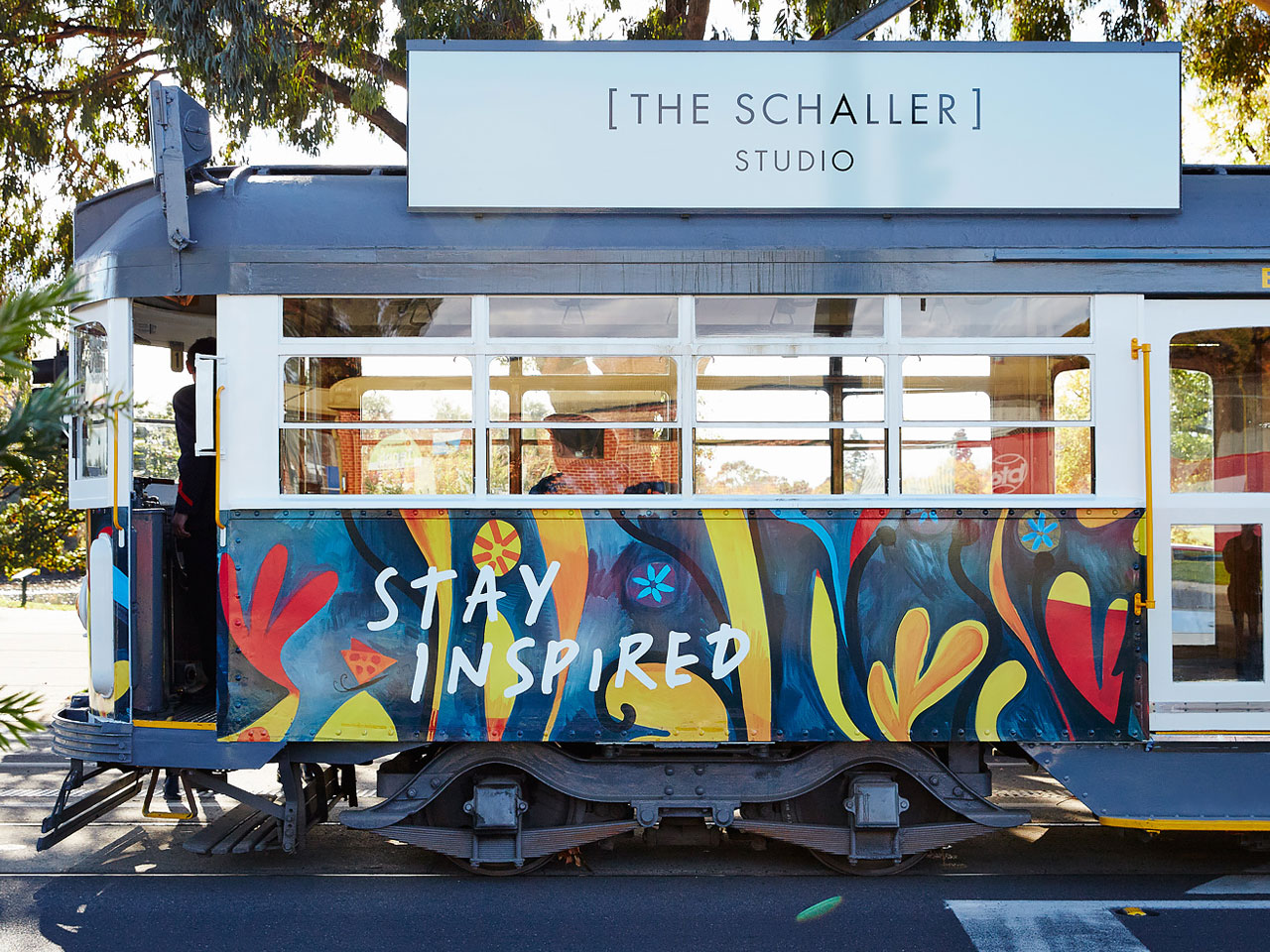 Emerging from the devastation of the Black Saturday bushfires in 2009, Marysville is somewhere to put back on your bucket list. Base yourself at the Vibe Marysville for a few days exploring the Yarra Valley or head up into the Lake Mountain ski region. The brand new Vibe Marysville opened early this year, with more than 20 million dollars spent on producing a state of the art conference centre, gym, tennis court, pool and spa. It’s a commitment to a community who was ravaged but not defeated by the raging inferno of bushfires. You’ll find friendly locals, a mean Banoffee pie at Fraga’s Café and plenty of nearby hiking trails to help work off the cake.

Just south east of Melbourne, Dandenong is far enough from the big smoke to be blissful but close enough that you don’t spend a lot of your long weekend in the car. And it’s not all twee cottages and motels. The brand new Atura Dandenong is bringing cutting edge design to the Dandenongs – Atura is the cool little sister of the QT hotels around the country. With a more industrial vibe and a lower price point, the Atura is a fun spot for a few days away. The Roadhouse Bar & Grill’s wine list has a few regional gems and the burgers have a big reputation. Just down the road is the Sandown Raceway Motor Racing Circuit, where you can head out on the track for a spin or watch the professionals at work. Slow down your pace by heading further into the mountain ranges for a day trip on the Puffing Billy. This steam train runs along a scenic track through the mountains – sit down the back in the open air carriages or ride up front and treat yourself to high tea or a champagne lunch. 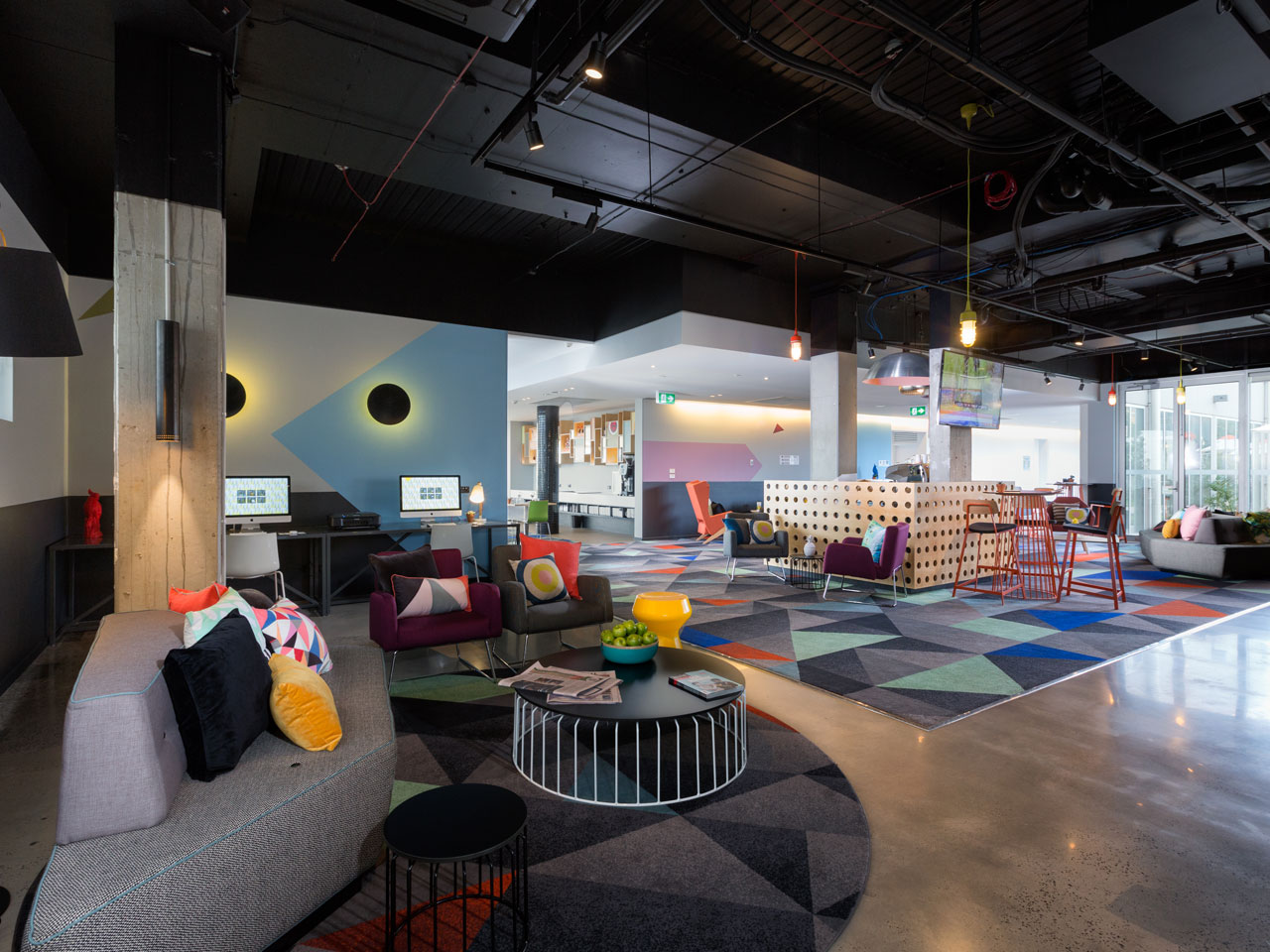 The rivers of Hawkesberry, Wisemans Ferry and Brooklyn are some of Sydney’s best-kept secrets and they’re just 90 minutes’ drive north west of the CBD. Picnics, kayaking, water skiing, fishing and spas await. Whether you’re a family after an action-packed weekend, a couple looking for a few nights by the fireside at a hotel or an adrenalin junkie wanting to get out on the water for a few hours, the region has options for everyone spread out over five rivers. The Sebel Hawkesbury Resort & Spa is tucked into Windsor, a quaint township with a main street that’s worth perusing. Fireplaces, antique furniture, blue and white pinstripe awnings – it’s small town chic.

Winter might not be the best time to hit the beach but letting a little bit of the beach lifestyle rub off on you can’t hurt. And there must be some reason those Northern Beaches people are so chilled out all year round. Head north of Sydney for ninety minutes and you’re transported to these beachside suburbs where a morning surf, a hearty, healthy breakfast and a walk on the beach are the best ways to start the day. Head over to Smalltown early – the Avalon café is gaining a foodie following for baker Katrina Smith’s rose petal glazed doughnuts. Beware, they sell out fast. Spend the night in Barrenjoey House, Palm Beach’s famous restaurant and guesthouse. The historic property has a beautiful two bedroom guesthouse, Frangipani Cottage, is designed to be a home away from home, or the home you wish you had. Beach chic, with big cosy couches. 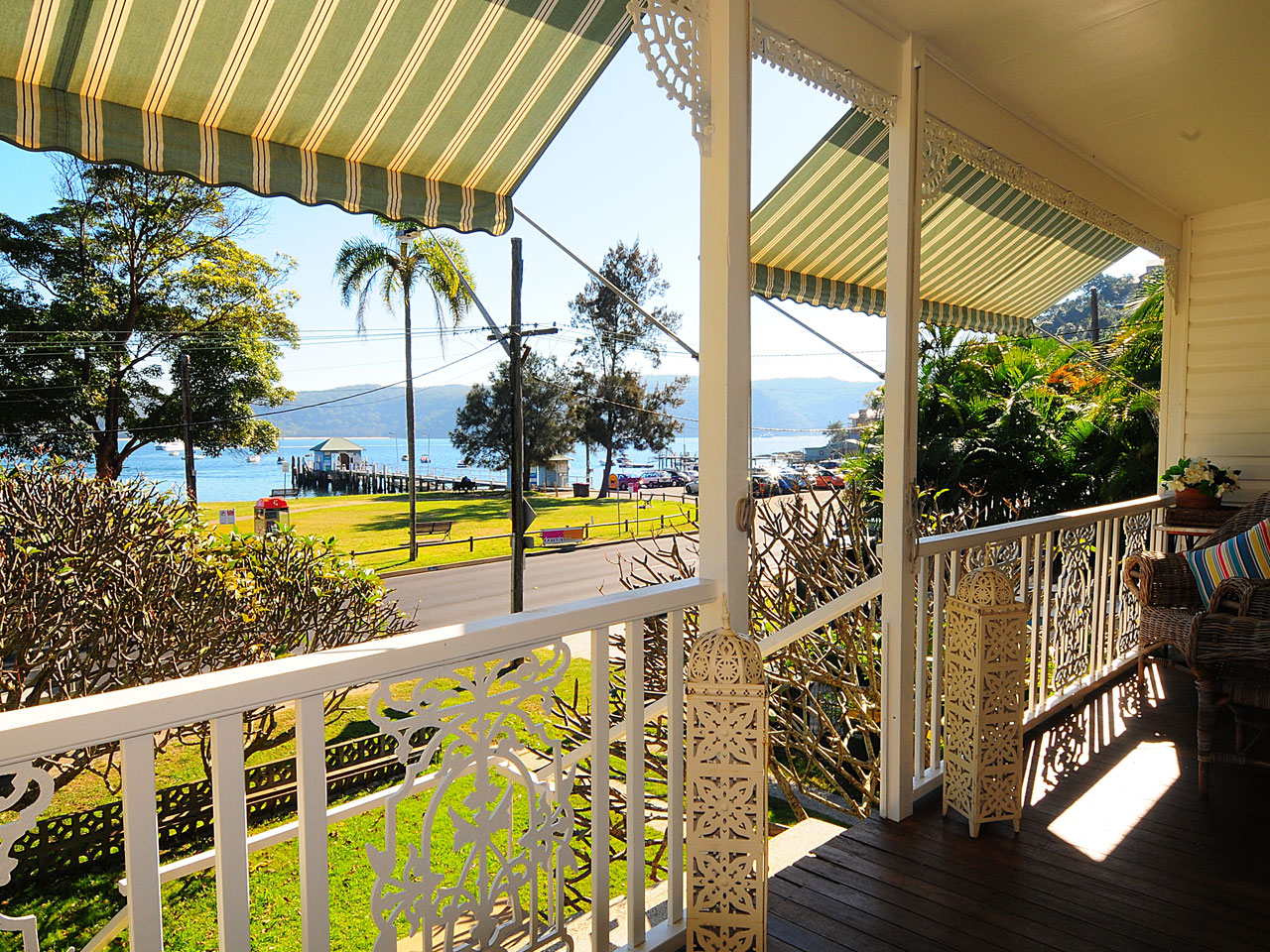 Haven’t you heard? The gong is the new cool kid on the south coast. This university town gets a new influx of fresh hipsters each time term starts but the difference is these cool kids are staying on. And bringing their cold drip, filtered coffee with them. Emerging designers, budding chefs and boutique cafes are cutting their teeth in this friendly seaside satellite city. Swing by Lee & Me for a killer burger and a Snickers milkshake or a quinoa salad and an espresso. They play both sides of the fence. Three Chimneys has Veuve Clicquot Fridays – a $15 glass of French bubbles is a great way to start the long weekend – and is housed in a converted warehouse on its own laneway. Like we said, the gong has street cred. Make sure you save time during your long weekend to visit the Foragers Market – held every Sunday at the Bulli Showground. You’ll find everything from terrariums and vegan pancakes to vintage Tupperware and gelato carts. Check into the Novotel and look straight out at Northbeach and the harbor.

You’ve probably been to the Blue Mountains before but have you been beyond Katoomba, the Three Sisters and the antique shops? We’re not talking about driving through Blackheath and across to Orange. Head out of Sydney through the North West and skirt up the side of the Blue Mountains via Richmond. You’ll pass apple orchards where you can stroll the rows of trees plucking fruit straight from the branches into a bucket for later, or stop at roadside Fudge stands to stock up on sweet treats. Save room for lunch because the Tomah Gardens Restaurant has a new chef and his dishes are worth waiting for. Sean Moran from Sean’s Panorama in Bondi left his lofty beachside pad for a treechange years ago but in the past 18 months has put down roots at this small café inside the Blue Mountains Botanic Garden. Make a beeline for the restaurant and then work off lunch with a stroll through the sprawling gardens. Spend the night just down the road in one of the Love Cabins in Bilpin – these quirky yet beautiful cabins are hidden in the trees, caves and bushlands of a local property.