The Absolute Best Diving in Fiji 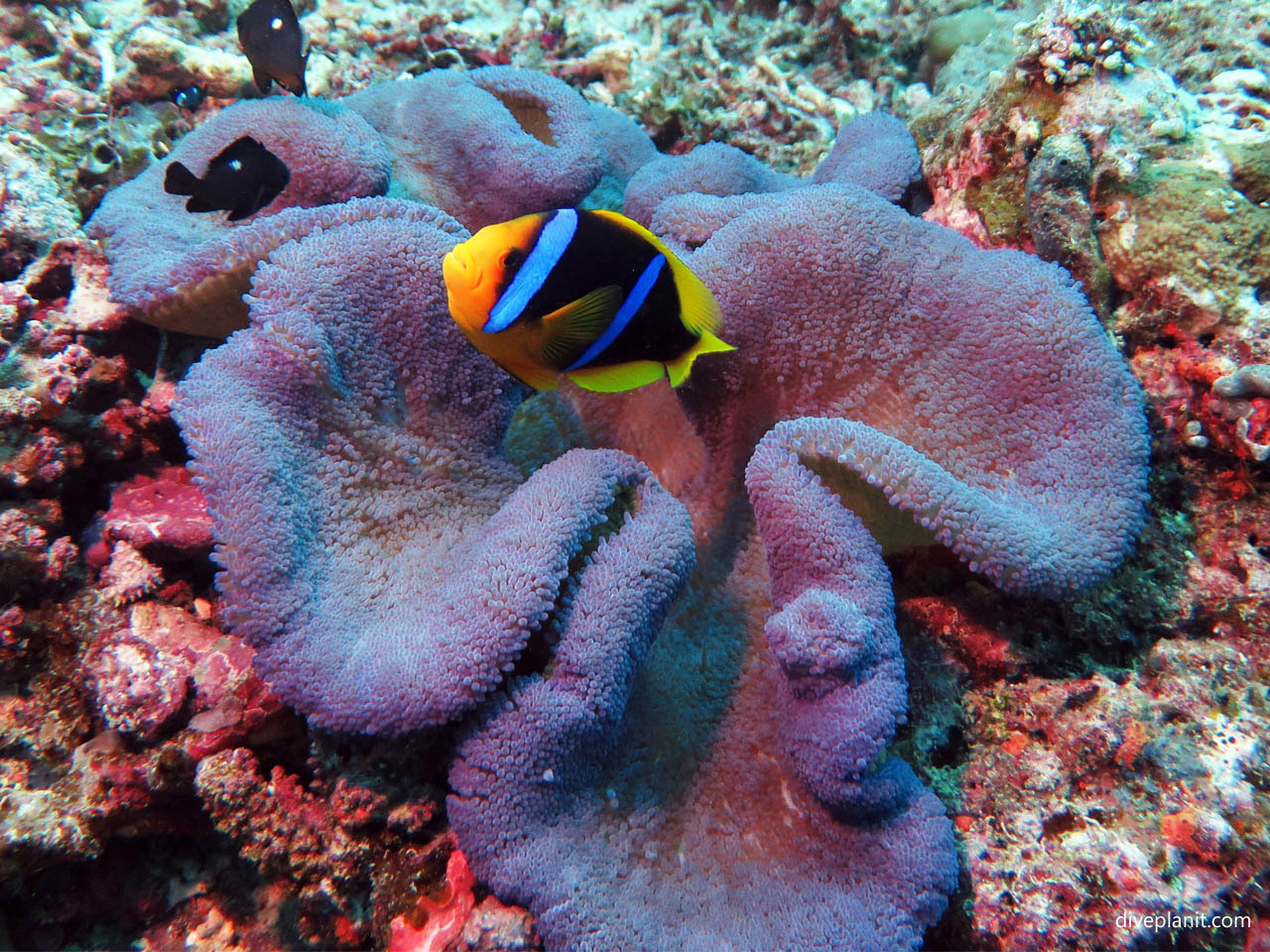 While Fiji is known to most visitors as the Land of Smiles – one of the friendliest places in the world – in the diving community, this Pacific archipelago is better known as a soft coral capital of the world. From Kadavu Island and Beqa Lagoon in the south, to the Yasawas, Savusavu and Taveuni in the north, the vibrant soft coral colours will amaze you, and the absolute best place to dive in Fiji is where you can find both soft and hard corals together, on Fiji’s infamous Rainbow Reef.

Situated in the Somo Somo Strait – over on the other side of main island Viti Levu from the very popular Mamanuca and Yasawa islands – Rainbow Reef still very accessible from the northern islands of Vanua Levu and Taveuni.

It’s this location that makes the diving so special: deep Pacific Ocean currents rise up and over the reef as it squeezes itself through the narrow Somo Somo Strait, delivering an abundance of food to the critters at the bottom of the food chain. Of course, as little fish get eaten by bigger fish, this effectively delivers food for all, so this is a heaving underwater metropolis.

The corals, both hard and soft are in pristine condition and the cooler water from the deep protects against ocean warming and coral bleaching, so the whole seabed is a riot of colour. You’ll see pink, red and orange soft corals, bright yellow sea fans, green hard branching coral, and blue, indigo and violet soft coral – the whole rainbow just in the coral cover alone. 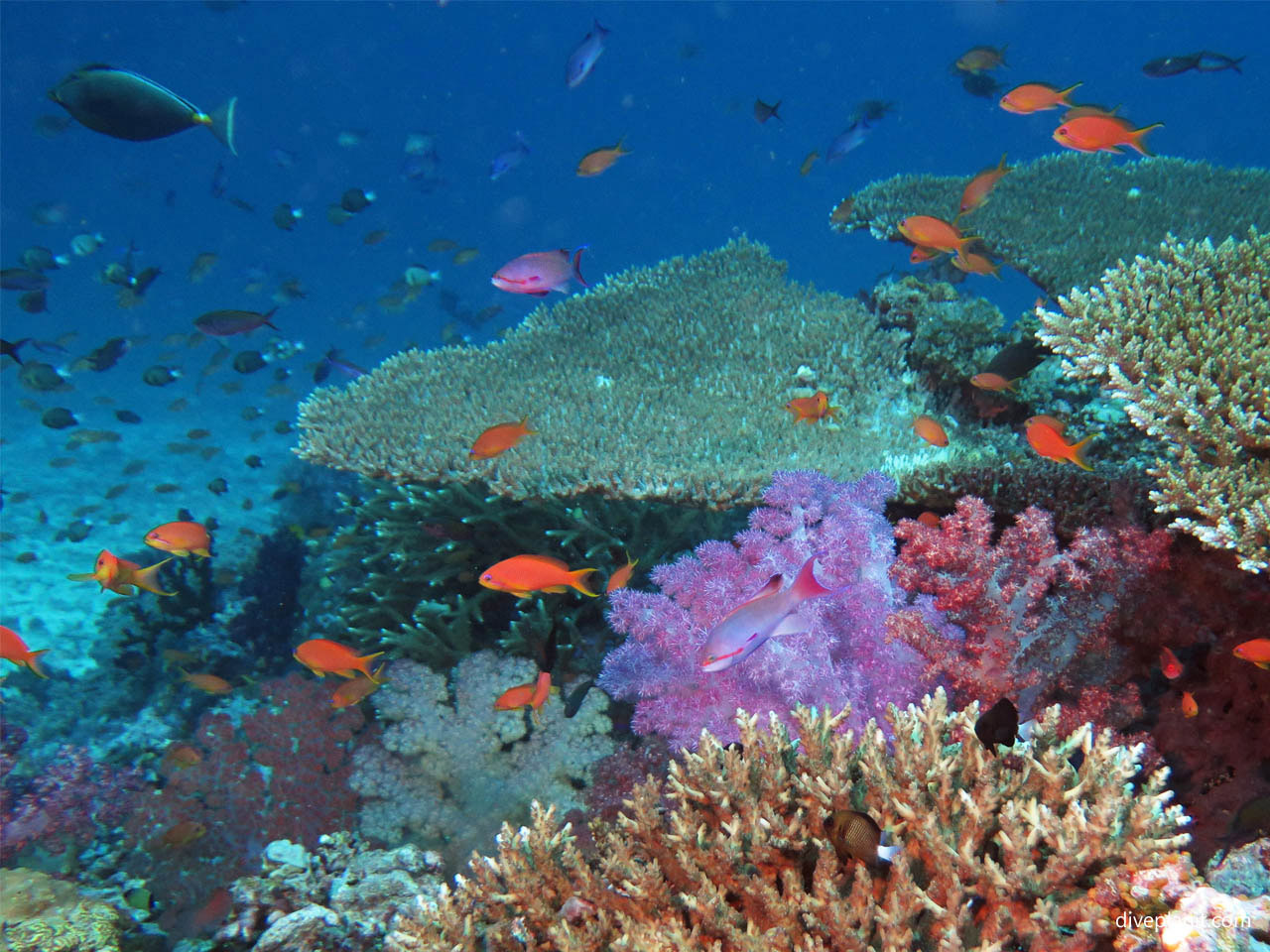 Then there are the bright red night fish, the soldiers and squirrel fish who hide under ledges, bright orange clownfish in the bluish sea anemones, yellow angel fish, butterfly fish, black and white Moorish idols, big green Moray eels, blue triggerfish and finally the huge schools of flighty anthias in indigo and violet.

The major challenge you’ll have with any of the dive sites on the Rainbow Reef is where to point your camera first as it looks good in all directions. It’s tempting to swim about madly trying to see everything, but the best policy is to exhale gently, relax and let the reef society come to you. 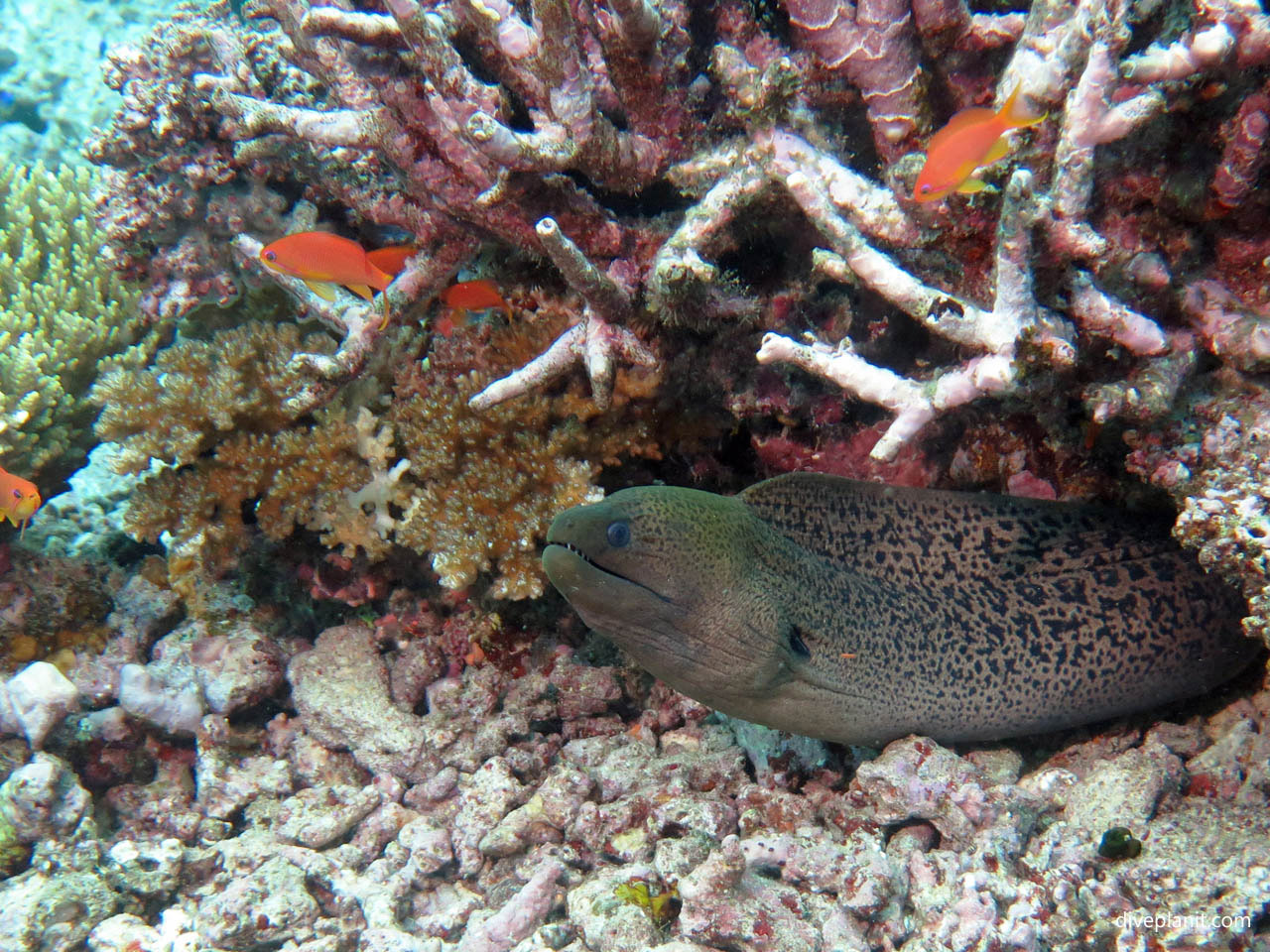 There are more than 20 surveyed dive sites across the Rainbow Reef and nearly all need to be dived close to slack high tide, as that nutrient rich current can be strong at other times.

Even then, a dive on the reef often involves two parts: the deeper part of the dive exploring bommies, slopes and coral stacks, followed by an exhilarating drift up and over the shallower hard coral reef tops.

There is only one dive site that is not a riot of colour, and it’s stunning for a different reason. Appropriately named Great White Wall, this long coral wall is draped in a white bunting of bluish white soft coral from 15m down to around 40m deep and for as far as you can see along the reef wall. There’s nothing quite like this anywhere else on the planet. 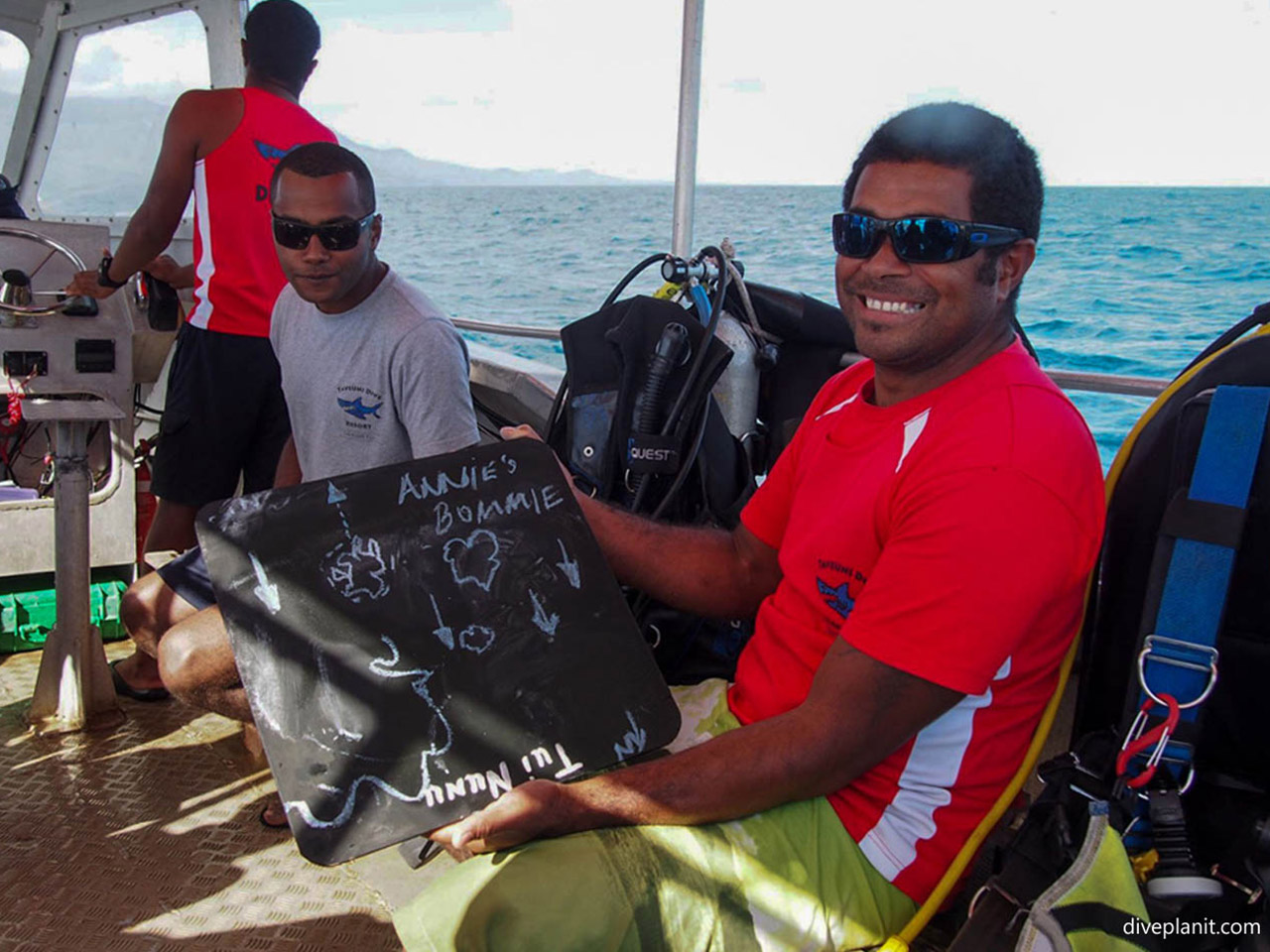 Due to the location of the reefs and the variability of conditions in the Strait, Rainbow Reef is best dived with local dive centres: such as Taveuni Dive Resort on Taveuni, Jean-Michel Cousteau Resort and Spa on Savusavu, or Dolphin Bay Divers Retreat on Vanua Levu. Rainbow Reef is also on some of the itineraries of Captain Cook Cruises Fiji’s small cruise ship the MV Reef Endeavour.

Oahu – the easiest romantic holiday ever