Take a bite out of the Big Apple 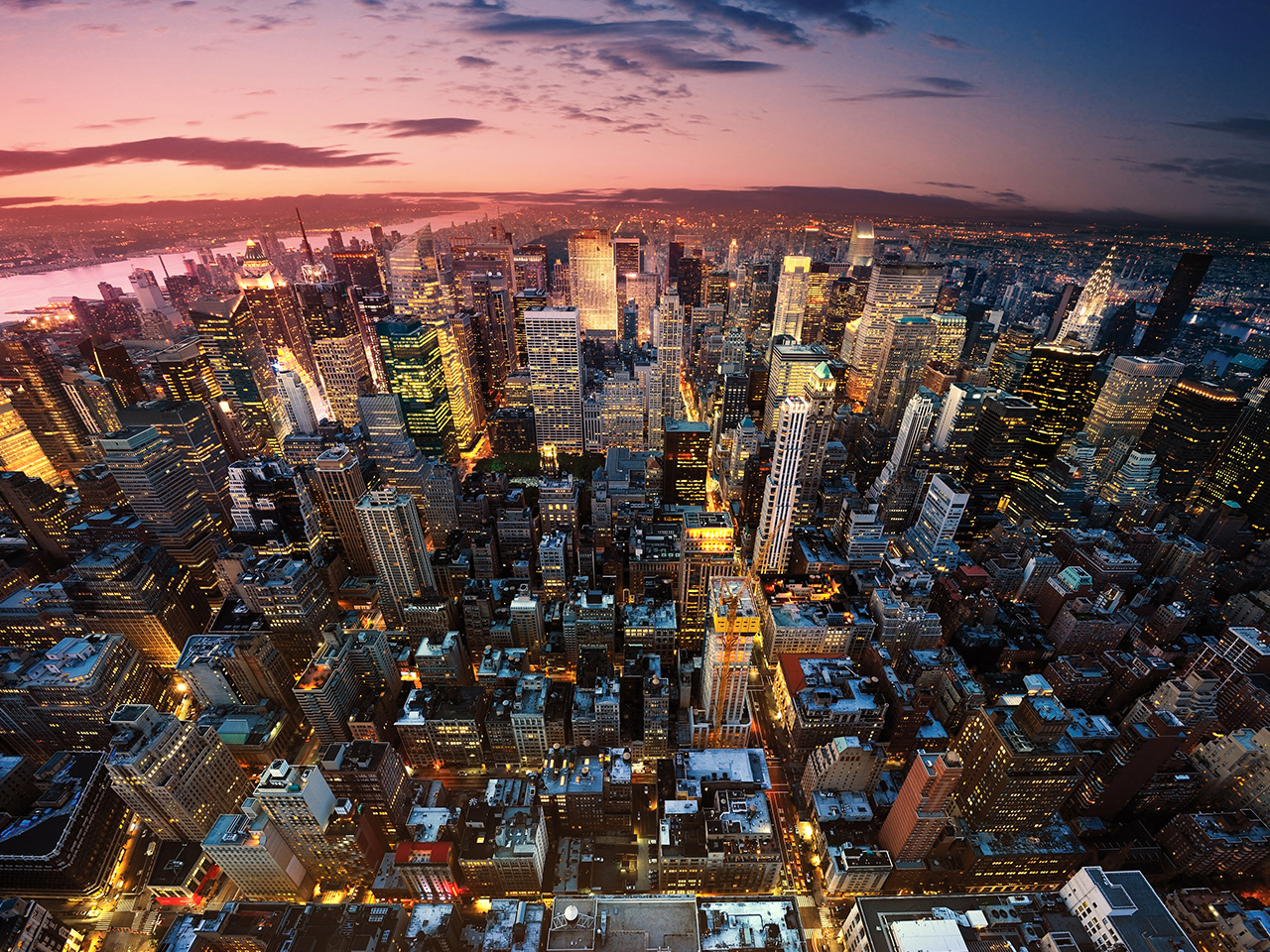 The Big Apple doesn’t do things by halves. It remains an Expedia traveller favourite, with people stay 5 nights on average in New York and prefering to visit in September for mild autumn days and December for a wintery getaway. A city of superlatives, and home to hundreds of neck-straining skyscrapers, the Metropolitan Museum of Art is the largest gallery in America while Central Park is one of the biggest urban green spaces in the world. Comprising the five boroughs of Manhattan, Queens, the Bronx, Brooklyn and Staten Island, some say New York never sleeps. So in order to keep its eight million (and counting) inhabitants fed and watered around the clock the city has a pretty big food scene, too.

• Eggs at North End Grill, 104 North End Avenue, Battery Park City
How do you like your eggs in the morning? Well at this smart establishment you can have them fried with steak hash, poached with shrimp and grits or scrambled with Mexican chilaquiles and bacon. Perfect fuel for a day’s sightseeing, it is just a short stroll to the ferry terminal where you can catch a boat to Liberty Island, home of the famous torch-bearing statue.

• Meatballs at Meatball Shop, 200 9th Avenue, Chelsea
Meatballs, sliders and sandwiches – what’s not to love? Armed with a DIY menu and a marker pen, diners can customise their order (do you want your balls with mushroom gravy or pesto, a side of polenta, spaghetti or a green salad, served in a baguette or toasted brioche bun?) and it’s no wonder there are now four outlets across the city. After eating your fill, wander down to the Meatpacking District and ascend to the High Line – an abandoned elevated railing that has been transformed into a urban park, it stretches all the way to 34th Street.

• Nordic at Acme, 9 Great Jones Street, NoHo
What do you get when a founding chef of Denmark restaurant powerhouse Noma crosses the Atlantic – Nordic in New York of course! With a menu made up of ingredients that can be grown, caught or foraged locally, Mads Refslund is busy introducing ‘sea foam’, edible weeds, heirloom varieties and under-rated seeds to the hungry masses. Don’t be alarmed by the sign out front – the promise of Authentic Southern Flavours and Cajun Cookin’ is a remnant from Acme’s previous incarnation as a jambalaya joint.

• Cocktails at Employees Only, 510 Hudson Street, West Village
Recalling the underground glamour of 1920s Prohibition America, this Art Deco-styled bar has all your drink requirements covered – once dinner service finishes at midnight the mixologists keep on serving classic and ‘fancy’ creations until 3:30am. Time enough to sample the majority of the menu, from a Hemingway Daiquiri to a Quiet Storm (bourbon and red bush tea-infused bianco vermouth with ginger beer). Look for the neon red ‘Psychic’ sign outside.
Continue the old-school odyssey with a trip to Brooklyn and Maison Premiere (298 Bedford Avenue). Pull up a stool at the imposing marble bar and embrace a night of sipping absinthe and slurping oysters. Between 4-7pm the tasty molluscs are $1 each.

• Coffee at Ninth Street Espresso, 700 East 9th Street, East Village
This funky café is home to a double-whammy of brilliance – hand-crafted coffees and the bragging rights of being the first place to pour latte art. The bartenders (not baristas, mind) have an ultra-purist approach to their craft with four simple options – adding 3, 6, 9 or 12 ounces of steamed milk to your expresso.

• Mexican at Tehuitzingo Tacos, 695 10th Avenue, Midtown West
We love uncovering local secrets, so when we stumbled upon this traditional Mexican taqueria hidden at the back of a grocery store in Hell’s Kitchen we were thrilled. The takeaway tacos and tortas (sandwiches) are the real drawcard. Stuffed with meat (pork, beef or, for the really adventurous, goat), jalapenos, cheese, avocado and tomatoes you can add your own salsas and sauces from the selection situated under the chilli pepper fairy lights.

• Pizza at Motorino, 349 East 12th Street, East Village
You could easily pass a day checking out this funky neighbourhood’s boutiques, antique shops and secondhand stores. And, if calling a halt to your retail therapy doesn’t appeal, simply grab a slice of chewy Neapolitan-style pizza to go from this shabby-chic eatery. Cooked in a brick oven, the boys from Brooklyn’s brussels sprout and pancetta offering has a cult following among the local hipsters. Check out their other outlet in Williamsburg.
• Cupcakes at Magnolia Bakery, various locations, including shopping paradise Bloomingdale’s
Made famous by the Sex and the City girls, and for boasting more frosting than sponge, these gorgeous cupcakes are the perfect way to boost flagging sugar levels while taking in the sights. Daily specials include coconut cake with meringue icing and banana cake with chocolate buttercream. There are stores on Columbus Avenue and Bleecker Street, as well as one at the Rockefeller Center (take a lift to the Top of the Rock observation deck for great views of the Empire State and Chrysler Buildings).