From siesta to fiesta: party hotspots in Spain | Expedia.com.au

From siesta to fiesta: get the party started in Spain 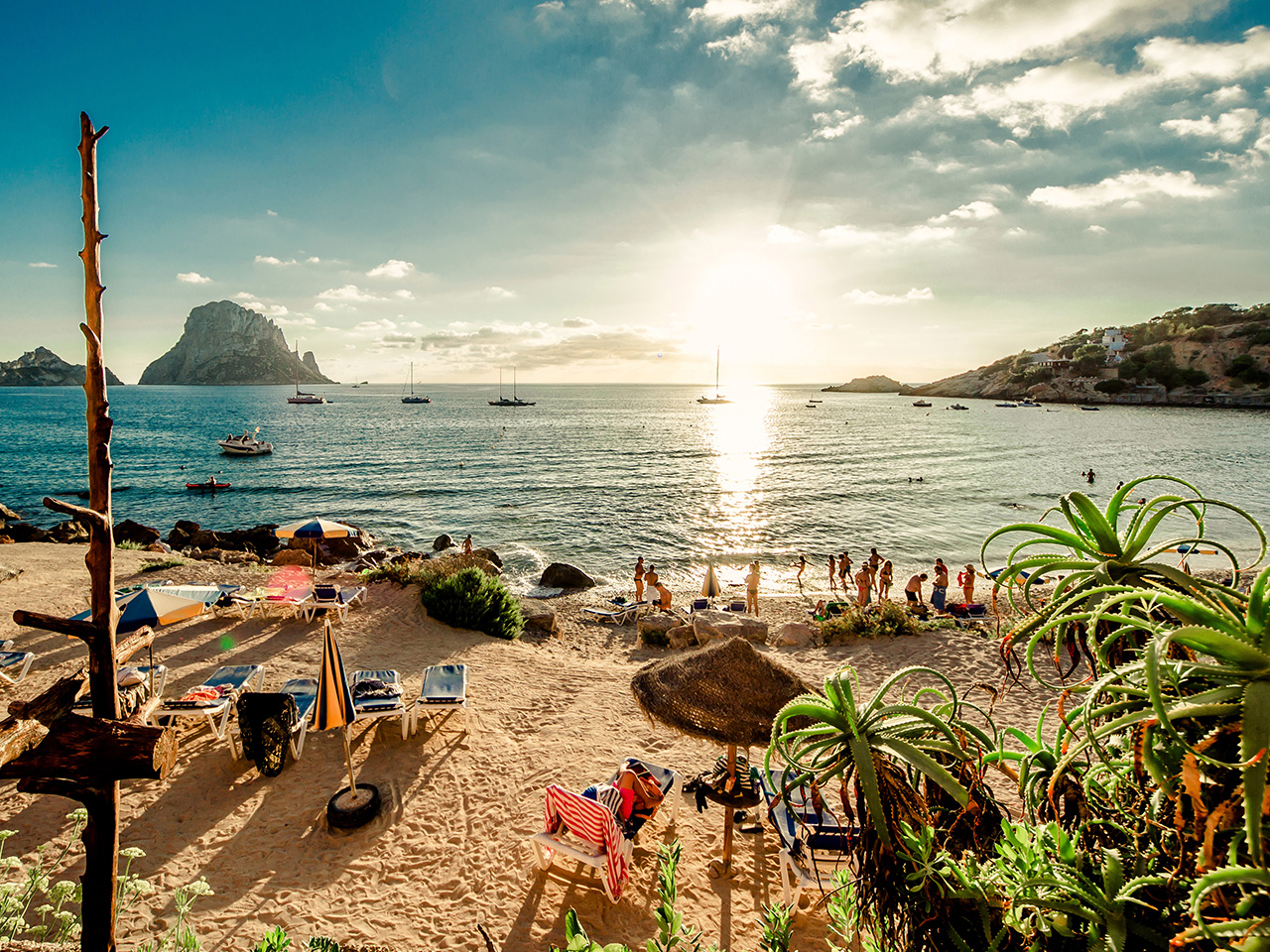 Spain’s cities and coastlines might be dotted with sun-kissed attractions ripe for daytime explorations, but it’s at night that its boulevards and centuries-old plazas really come to life. That’s when locals head to alfresco bars and seaside clubs. In fact, it’s due to this late-night lifestyle that many people grab a spot of shuteye every afternoon. To ensure you go the distance and are still dancing come dawn, make like the Spanish and enjoy a pre-party siesta.

Forget everything you thought you knew about Ibiza

Sure, Ibiza’s reputation as the party capital of the Mediterranean is well deserved. But Spanish holidaymakers know there’s more to this beautiful bohemian island than Balearic beats and sky-high entry fees. Which is why they sidestep the party hub of San Antonio in favour of more intimate spots near Ibiza Town.

One place where big names don’t equal a hefty price tag is Sands Ibiza on the idyllic Playa d’en Bossa beach. In fact, the uplifting sessions at this seaside bar are free. Co-owned by internationally renowned DJ Carl Cox, the venue makes the most of its stunning location by opening during the day, and in the past parties have seen clubbing royalty including Pete Tong take to the decks. Grab some lunch – the Japanese meets Iberian menu is delicious – slap on some sunscreen and join the celebration.

And on an island where securing a spot for sunset is even more important than bagging that poolside lounger, early evenings in San Antonio are, not surprisingly, rather hectic. As the sun makes its lazy descent into the sea you can escape the hoards by making for Cap D’es Falco instead. Just a seashell’s throw from the pristine white sands, salt flats and flamingoes of Ses Salines Natural Park, Experimental Beach serves sophisticated sundowners featuring local ingredients – think margaritas given an aniseed twist with local liqueur hierbas.

Revel in the good times in Barcelona’s El Raval district

Las Ramblas might get a lot of attention from the Barcelona guidebooks, but Catalans are quick to write off the restaurants lining this tree-lined pedestrian strip in favour of the grungy charms of nearby El Raval. Perfectly encapsulating the neighbourhood’s hipster aesthetic, Cassette Bar (Carrer de l’Est, 11) is filled with old-school boomboxes and children’s toys – proving one man’s outdated trash is an on-trend bar’s treasure. With its graffiti-covered walls and mix of alternative indie/underground electronica blasting on the speakers, it’s a fun drinking den filled with people who don’t like to take themselves too seriously.

At nearby Ultramarinos however, the gin is taken very seriously. All 180 varieties are carefully sourced from around the world and given a kick thanks to the addition home-brewed ‘perfumes’ ranging from orange tonic to cardamom pods. Regular DJ nights ensure the Spanish-style G&Ts keep flowing all night.

And then for a bar so secret it flies under the radar of most locals. Channeling a magical Narnia vibe, punters enter El Armario (The Wardrobe) via the owner’s wardrobe and once inside will find themselves immersed in a vintage furniture, quirky objets d’arte treasure trove. Located on Carrer de la Riereta, opening times are sporadic at best, but for a magical drinking experience that almost no one knows about it’s worth persevering.