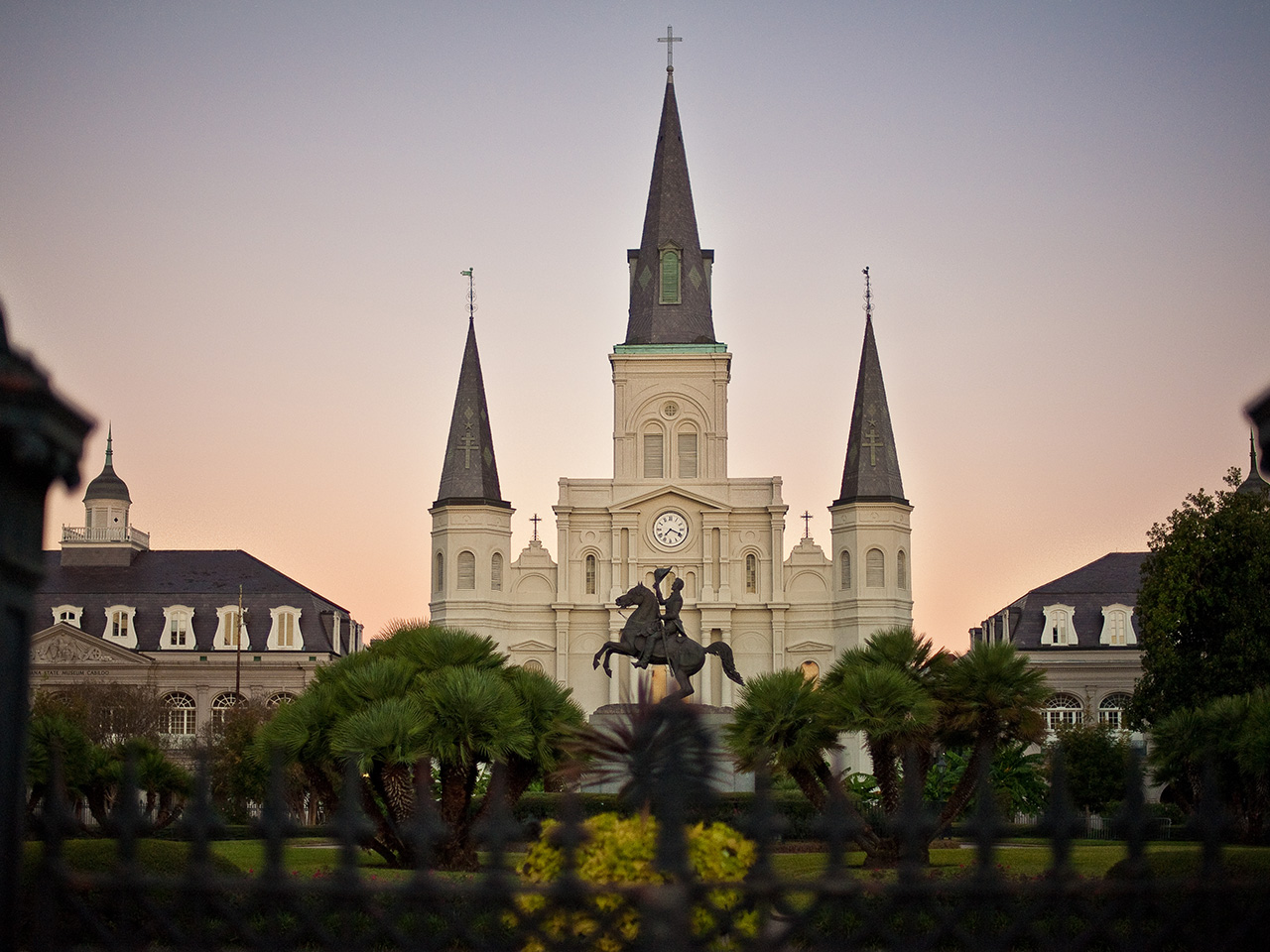 New Orleans is one of my most favourite cities worldwide. I’ve visited four times in the last six years; the first was two years after Hurricane Katrina swept through town.

The buildings in the famous French Quarter were hardly affected and within the month businesses were open again, but many of the buskers left town. Their homes had been destroyed as many of them lived in the Lower Ninth.

Today, some eight years on, they’re back. It seems odd to even mention Katrina now – if you didn’t know, you wouldn’t know. However, the Hurricane is the elephant in the room. Now that’s out of the way, here are my picks for a few great things to do in New Orleans.

Make a list and check it twice, because even after four visits I haven’t seen all the things I’d like to see.

My advice would be to stay right in the heart of the French Quarter so you can browse the shops and galleries, wander the narrow streets lined by double story houses with wrought iron balconies and wooden window shutters, and still have the freedom to head back to your hotel for a dip in the pool (it gets hot in the south!).

I stayed at the Dauphine Orleans Hotel, just a block away from Bourbon Street. The Dauphine’s breakfast room was the studio of great American painter John James Audubon, who painted his famous Birds of America series from 1821-22 here. Hipsters should check out Hotel le Marais and those who love sumptuous and traditional will like Bourbon Orleans Hotel.

Bourbon Street is pedestrianised in the evenings. It’s busy and full of tourists, souvenir shops, bars and restaurants. It also has a few girly clubs so you may not want to march the kids up here. 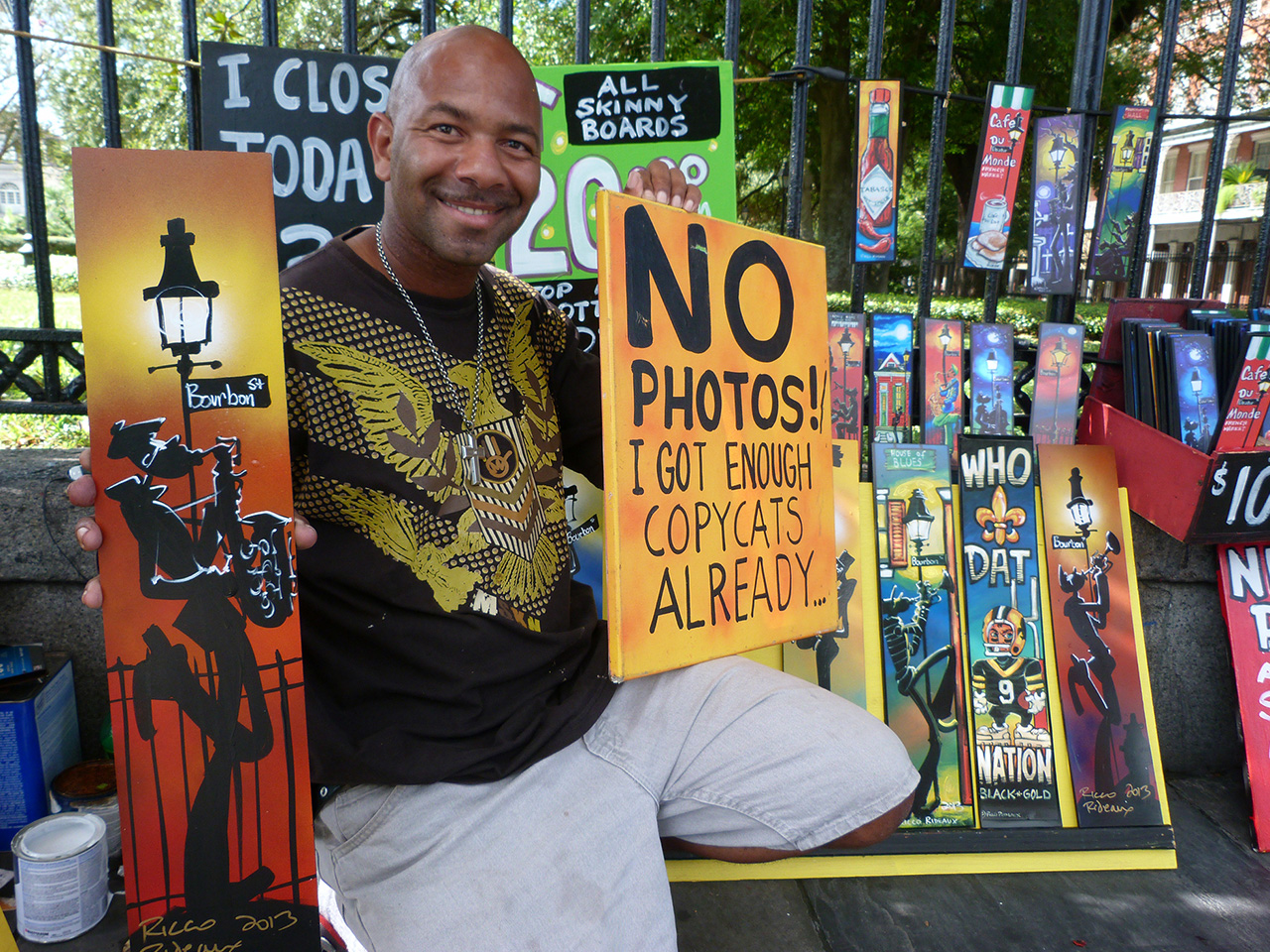 For brunch, lunch or dinner, The Court of Two Sisters is a family-run institution with seating indoors or outside under a canopy of vines, and is a must visit. Check out the jazz brunch and start the day on the right beat.

For the best music in town, head to Frenchman Street, located in the Marigny District. Right next to the French Quarter, this is where the locals go to listen to their favourite bands. Some bars have cover charges, others are free. Plan to jazz crawl along Frenchman at least once – and if you strike the last Friday of the month, go to Snug Harbor to see Ellis Marsalis. He’s the father of jazz in this town and dad of Wynton and Branford who play all over the world.

In the heart of the Quarter, a session at Preservation Hall is well worth seeing. There are three 45-minute acoustic concerts each night in this tiny wooden building and if old-school jazz is your thing, you’ll love it. Then pop next door to Paddy O’Briens for a pint and something to eat with the duelling pianos.

During the day you’ll love wandering around the streets. Head to Jackson Square in front of St Louis Cathedral where artists hang paintings for sale on the railings and buskers set the scene. Across the road, next to the banks of the Mississippi River, is Café du Monde which serves the famous beignets. These sugary donuts are another not-to-be-missed experience in New Orleans and a great kick-start to your day.

I learned how to make gumbo and jambalaya at the New Orleans School of Cooking and took a fascinating (some might say creepy) cemetery tour. Due to the high water table, graves in New Orleans are above ground and very elaborate. Except for those that aren’t. St Louis Cemetery Number 1 is a history tour of this great city with sections devoted to the Spanish, French and more latterly Americans, including musicians and military. The voodoo queen has a “shrine” here and actor Nicolas Cage has built his own pyramid style vault for when he’s ready. It’s not as spooky as it sounds and is also just near Congo Square, where slaves were first allowed to congregate and play music from their homelands of the Caribbean and Africa – which eventually became jazz music.

If you’re travelling with children, a visit to Audubon Zoo is excellent – and you can get there via trolly car which passes through the picturesque Garden District which used to be enormous plantations and still has Scarlett O’Hara-style mansions behind towering trees.

New Orleans is steeped in history and culture and I can’t wait to get back for a fifth visit. This time I think I’ll try and time it to see a Saints game!