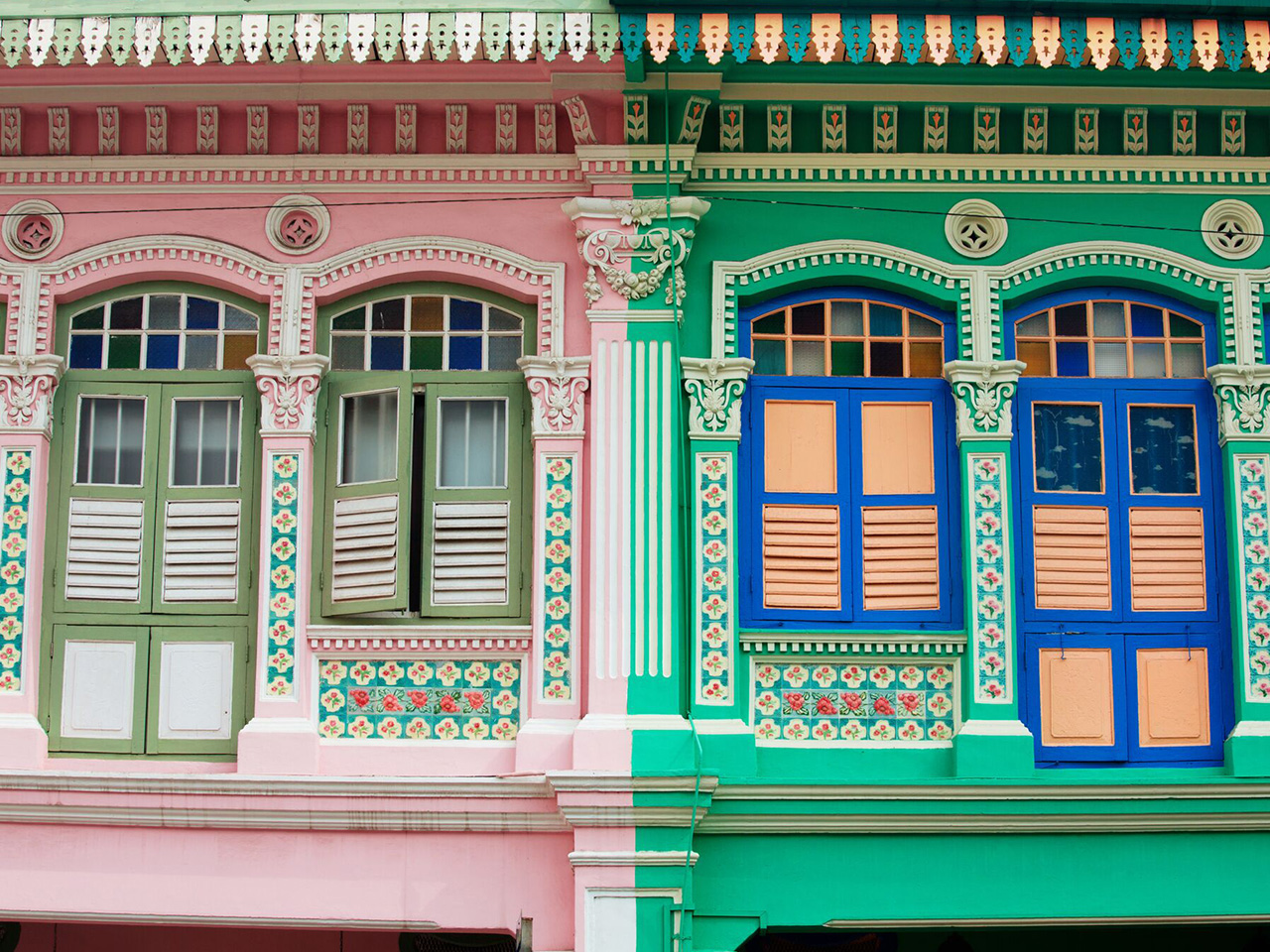 Are you a history buff? Is sashaying around a grand old property, drink in hand, your idea of a good time? Look no further than these iconic Singapore hotels for your next adventure abroad.

Settlement on Singapore, once known as Singapura, dates back to the third century, with the colonial era only kicking off in 1819 when the British first established a port there. As trade into the area built up, so did the tourist trade as visitors from Europe stopped over en route to other parts of South East Asia. In 1887, famous Armenian duo the Sarkies Brothers established the Raffles Hotel, thereby setting a precedent for the other hotels that would appear soon after.

If you want to journey back in time to a period when the trade winds blew in some of history’s greatest raconteurs and adventurers, look no further than these heritage gems.

Widely considered one of the most historically significant properties in the world, Raffles Hotel on Beach Road has hosted the who’s who of guests including authors Rudyard Kipling and Somerset Maugham, fashion designers Karl Lagerfield and Christian Louboutin, and even members of the royal family including the Duke and Duchess of Cambridge.

Starting life as a privately owned beach house in the 1830s, it first became a hotel when a local doctor leased the building in 1878. Upon his death, the Sarkies Brothers (the team also responsible for the construction of the Eastern and Oriental hotel across the Strait of Malacca in Penang) stepped in and turned it into a ten-room property called Raffles Hotel.

Today, the hotel is home to 103 suites, as well as Long Bar, the watering hole where the famous Singapore Sling was invented by a Hainanese bartender named Ngiam Tong Boon around 1915. Downstairs you will also find old school Indian Malay restaurant, The Tiffin Room, which is also a must-see stop on any history-lovers’ tour of the island. 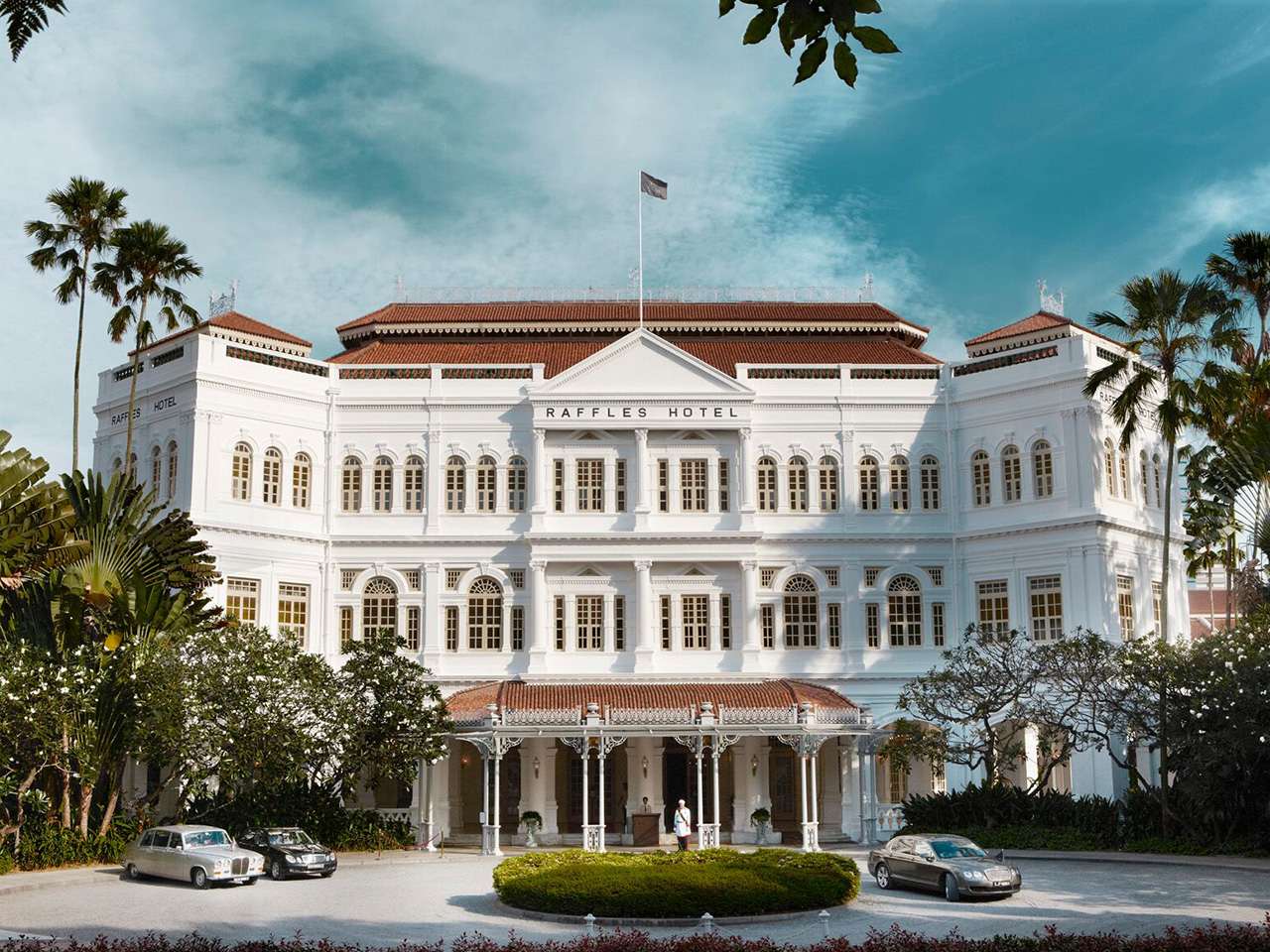 The history of the Goodwood Park Hotel is like something from a BBC period piece, complete with wartime heroism, hedonism and upper crust intrigue. This elite establishment first flung open its doors at the beginning of the 20th century as Singapore’s first German club, catering to the wealthy expatriate community.

18 years later, the three Manasseh brothers bought the property and renamed it Goodwood Hall after Goodwood Racecourse in England. The plot thickens when you discover that one of the brothers – Ezekiel Saleh Manasseh – made his fortune selling rice and opium, straight out of Baghdad.

Goodwood Hall operated as an entertainment venue for 11 years, famously hosting a performance by renowned ballerina Anna Pavlova. In 1928, the Manasseh brothers converted the Goodwood into a hotel, only to have it overthrown by the Japanese military during Singapore’s occupation in WWII.

After the war, the hotel fell into the hands of a distant relative of the Manasseh’s named Vivian Bath whose claim to fame was that he was responsible for installing Singapore’s first hotel pool.

Built in 1928 and originally conceived as the general post office and government offices for the Governor of Singapore and the High Commissioner for the Federation of Malay States, The Fullerton building was converted into a 400-room luxury hotel in 1997.

Located in the heart of the heritage precinct of the CBD, The Fullerton offers guests a complimentary heritage tour around the waterfront precinct that was once the administrative hub for Singapore’s bustling shipping trade. 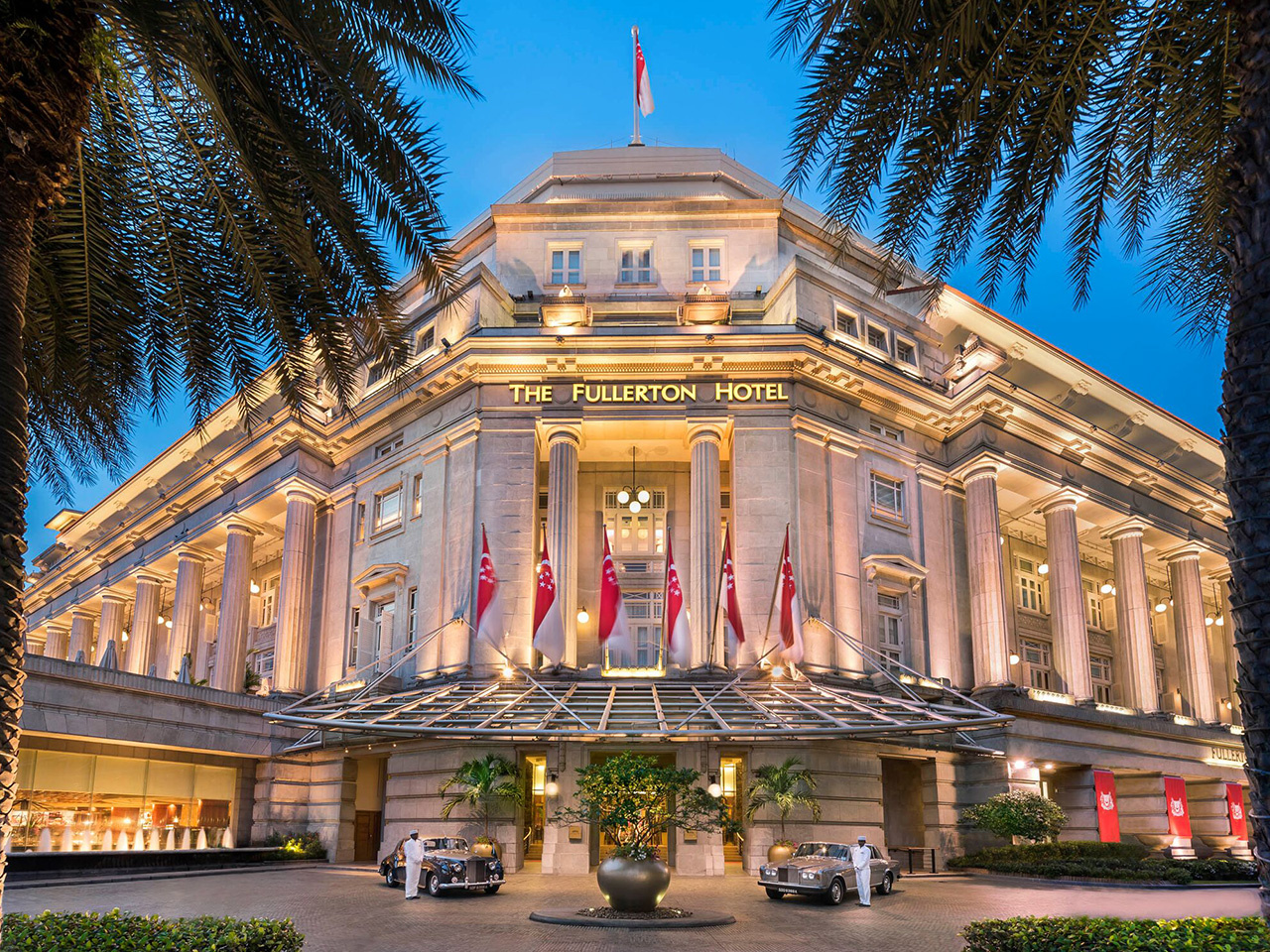 If you want to get out of the city and stay close to the tropical attractions of Sentosa Island, Villa Samadhi is an ultra-stylish place to do so. Housed in a former British army garrison, this 1920s bungalow is the kind of joint where it’s perfectly acceptable to wander around on the lawn, G&T in hand.

With an upscale Thai restaurant named Tamarind Hill nearby, as well as casual dining venue and a bar with a swanky cocktail list, why would you ever want to leave?

You want to stay in the CBD but don’t want to book a stock-standard hotel? This unusual little gem is for you. With only 37 rooms, Amoy Hotel is a clever renovation that joins old Chinese shop houses, with one street level entrance taking you through an old temple.

This is an ideal place to crash if the attractions of Club Street, home of Singapore’s coolest bars, are calling your name. Club Street was home to the city’s first expat clubs for Chinese residents and is the best place to grab a fancy drink, albeit an expensive one. 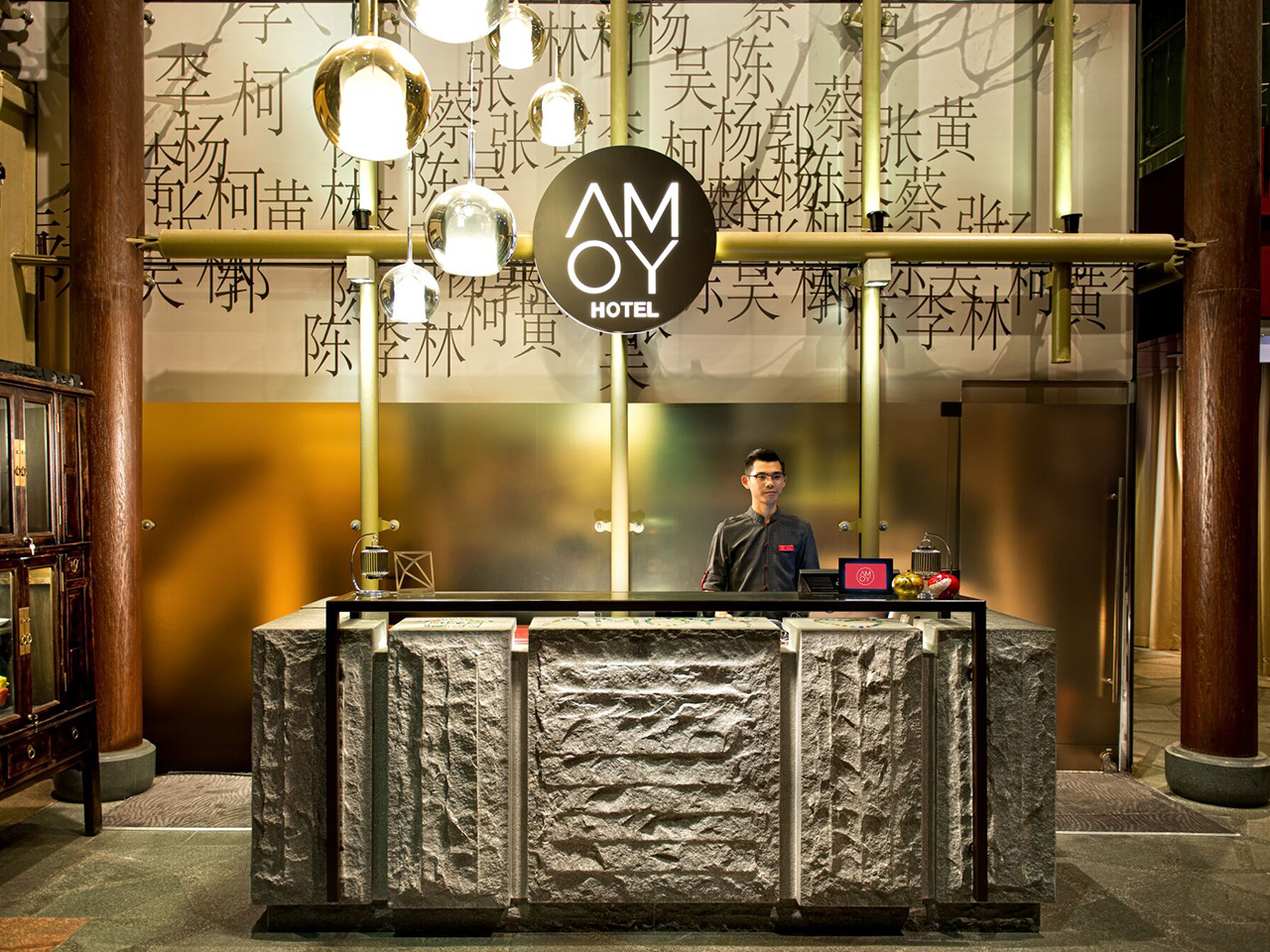 Take me to Singapore!

Previous post Guide to getting married in Las Vegas (for real)