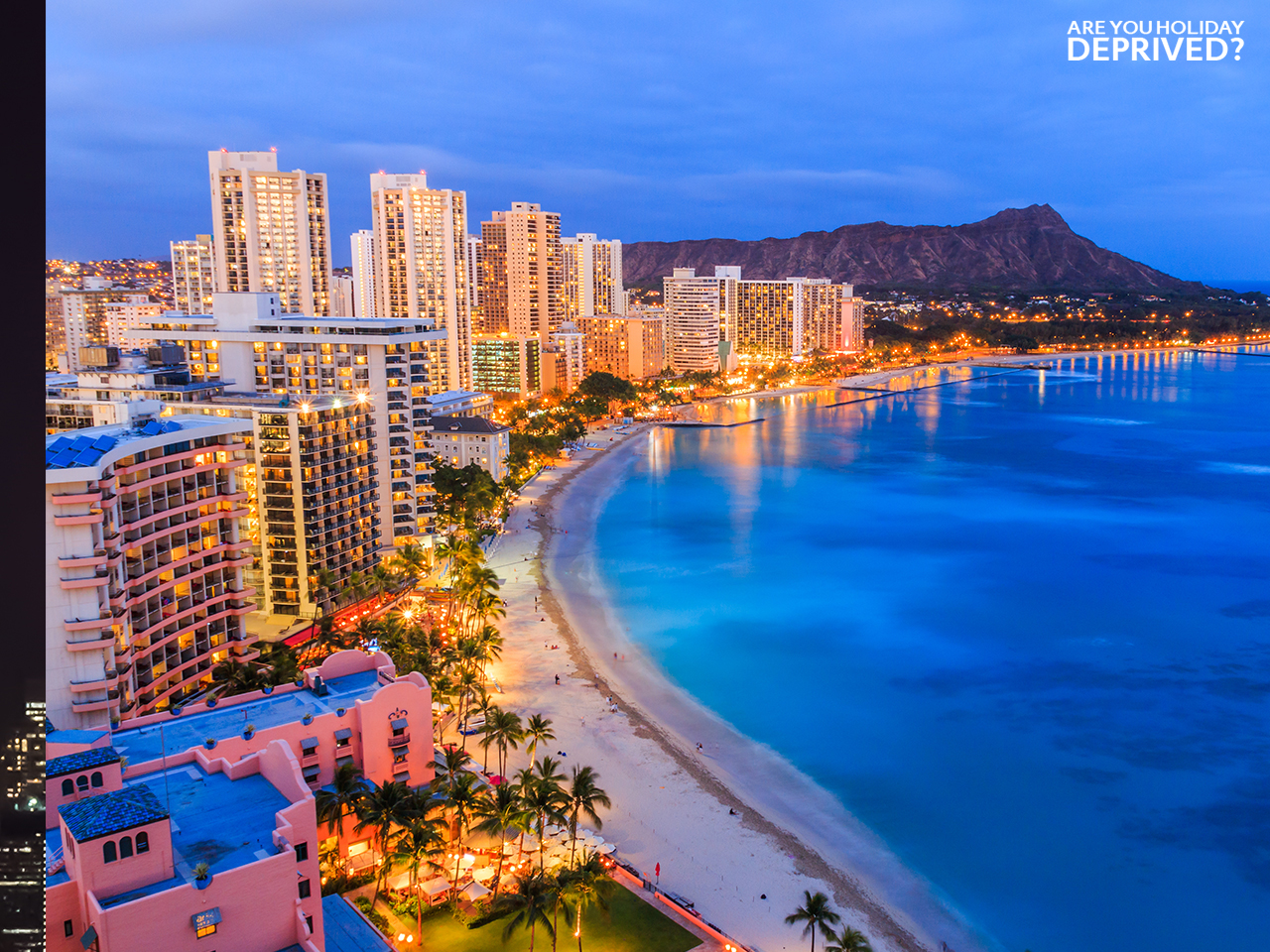 It’s easy to jump on a plane and be whisked away on a five-day escape and Aussies are finally catching on. Expedia’s Vacation Deprivation study highlighted that Aussies are wasting five annual leave days in 2016, yet more are going on short-trips than previous years to far flung places like Singapore, Hong Kong, Tokyo and Kuala Lumpur.

Quick trips to destinations like Bali, Hong Kong, Queenstown and Singapore are on the rise. Looks like Aussies are not deterred at the prospect of travelling up to 8-10 hours on a plane!

Hot tip: Aussies are in luck with the time zone. If you get an overnight flight from Sydney, you can sleep your way there and gain three hours on landing in destinations like Hong Kong and Singapore. Meaning you still have the full day to explore. Short escapes also mean you don’t need to pay for checked-in luggage, so you save spending money on baggage fees.

If you’re in need of a little inspiration, here’s our pick for the seven destinations you can holiday in for five days.

Hong Kong is best known for its delicious food, neon lights and round the clock shopping. It’s not uncommon for travellers to visit Wan Chai on a whirlwind tour of the city’s many markets, home to plenty of weird and wonderful stalls. For the young and young at heart, head along Tai Yuen Street (Johnston Street Entrance) and you’ll find toys, toys and more toys. Then there’s Tung Choi Street North, aka the Goldfish market, where you’ll see hundreds upon hundreds of fish in every shape, size and colour available for sale. After a long day of sightseeing, you have to check out the mind blowing views from The Ritz Carlton Hotel where you will be sitting almost in the stars on the 118th floor.

Singapore is the best place for a five day trip (or a short stopover en route to Europe or other parts of Asia). The city is a fashionista’s dream – if you’re after the latest fashion trends, check out Marina Square, Millenia Walk, Suntec City and “The Shoppes” Marina Bay Sands. The first three are connected by walkways and have great food courts, chains including Zara, Topshop, Esprit and Puma, among many others. These are great if you’re keen to hang out in air-conditioning with minimal effort, but once you’re done catch the train from Promenade to Bayside (one stop) and soak up all the glory of The Shoppes at Marina Bay Sands. If you’re all shopped out, don’t forget theme parks like Universal Studios, Legoland, Adventure Cove Waterpark and Wild Wild Wet Singapore are waiting for you.

If you need a quick culture fix, Japan is your best bet. Home to more than 1,000 shrines and temples, the city is the perfect place for a few days of sightseeing centered around reflection and mindfulness. Learn how to reconnect and re-energise with a meditation class at Shunkoin Temple, led by monks who have trained in Kyoto, but also in American universities. Meet Maiko, young Geisha-in-training, for a traditional tea ceremony and a rare insight into the ancient art form of Geisha. Try your hand at origami, taught by the women at Wak, a school of Japanese cultural skills that also supports upper middle aged women in the work force. A few nights on a tatami mat, at a traditional ryokan like Gion Hatanaka, or the more upscale The Ritz-Carlton Kyoto, rounds off a holiday rich in history and culture.

There’s nowhere more OTT than Dubai. Luckily, just a few days is all you need to get a sense of this city. Set aside a full day for sightseeing inside the shopping malls – aquariums, ice rinks and ski fields await, and that’s before you’ve even set foot inside an actual store. Head out to the desert for a four wheel drive sand duning adventure, followed by traditional Bedouin dinner and a sunset camel ride. Don’t forget about downtime. Dubai is home to some of the world’s most luxurious resorts, like the One&Only Mirage Dubai, where you can spend the day on the private beach, sequestered in a poolside cabana, or take a horse out for a spot of polo.

Three hours from Sydney and you’re touching down at one of the world’s most spectacular runways so make sure you grab a window seat for the plane ride through the Remarkable Mountains. Queenstown’s biggest drawcard is the natural beauty. Book into The Rees, just outside of town, and wake up to 180 degree views straight out over Lake Wakatipu, before heading out to explore the scenery. There are plenty of tours, from walking and hiking, to quad bikes and four wheel drive adventures (especially if you’re a Lord of the Rings fan) that take you to the best spots. For those who like speed, there’s skiing, snowboarding and mountain biking, but worth doing is the Shotover Jet, which hurtles through the Shotover River Canyon at more than 85 kmph, with a few 360 degree spins for good measure. The scenery is jaw dropping and the thrill hair raising. If you’re after something more sedate, watch the jet from the luxury of the Onsen Hotel Pools, which look straight down on the river.

Dip your toes into Hawaii with a quick trip to Oahu. The island is most famous for the waves at Waikiki, but there’s plenty of other sites to be seen on a short visit. After you’ve tackled the surf with a lesson, or even a trip out on an Outrigger canoe, head over to Pearl Harbour. The historic sight commemorated its 75th anniversary last year, and offers a unique look into the past with its memorials aboard the Battleship Missouri and USS Bowfin Submarine. There’s also the famous Ala Moana shopping centre, and plenty of outlets like Ross, where you can pick up brand names at big discounts. Head out to the North Shore shrimp shacks for a bite to eat, or grab a table at legendary Dukes Waikiki for spicy chicken wings and supersized desserts.

If you’re after a tropical paradise not too far from home, Fiji is the answer. This time, don’t head straight to Denarau Island, venture further afield to some of the northern islands. Qamea Resort and Spa is a short flight and boat ride from Nadi, but a world away from the built up resorts of the mainland. Just 34 guests at a time get to enjoy the 100 acres of gardens, rainforest and mountains, and of course, pristine beaches. The 17 bures and villas have their own hammocks and four poster beds, so you can replenish that sleep debt you’ve been carrying around. The resort is adults only, so enjoy the peace and quiet of a morning yoga session or a dinner caught fresh from the sea.