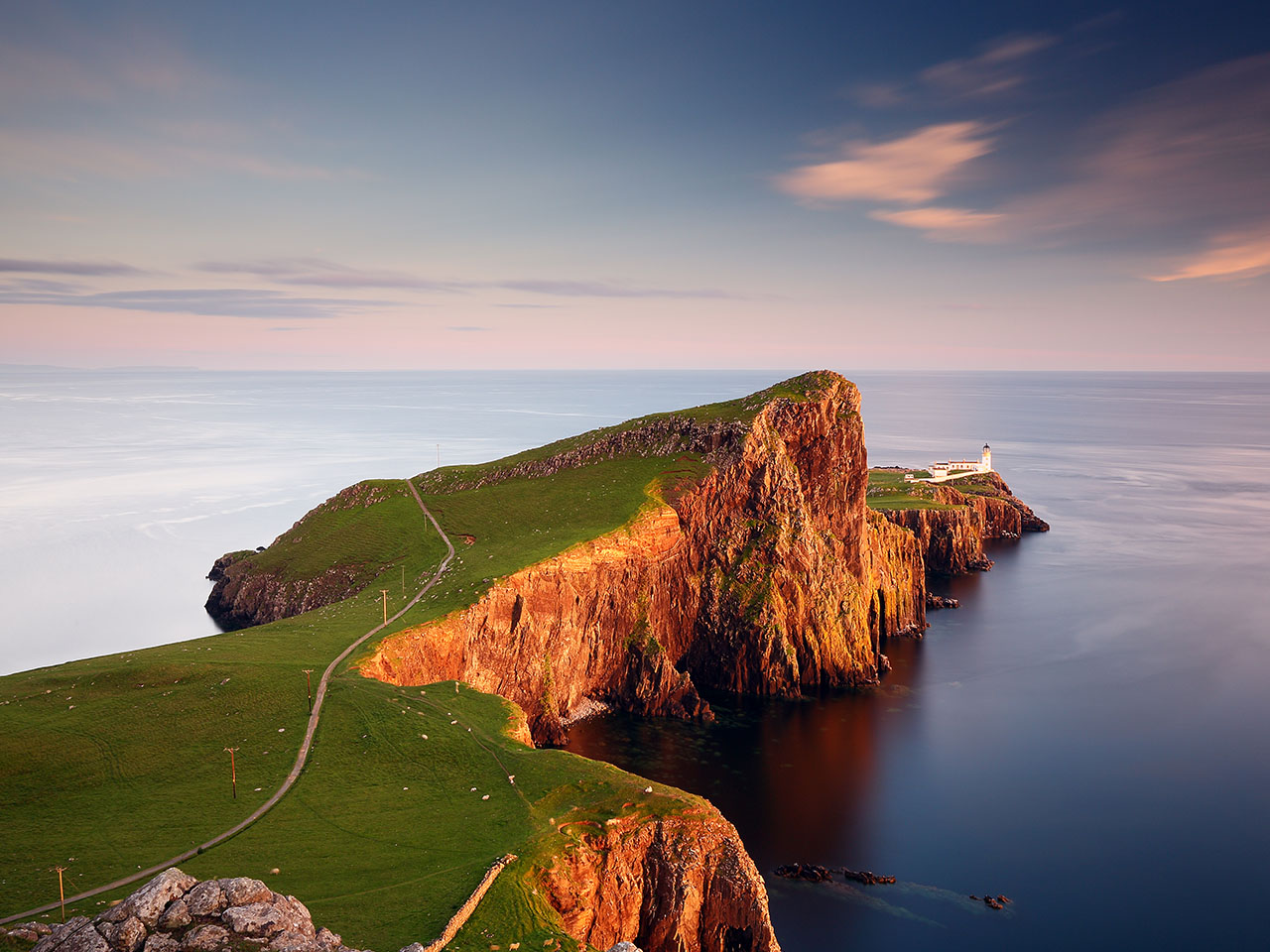 Our Scotland road trip was at the end of a six month adventure across America and Europe. We’d already experienced a lot of amazing places. It also rained more than anywhere we’d ever been (but you kind of expect that with the Highlands). Despite all this, the road trip remains one of our best memories. The five days were wet and windy, but also wonderful. Here’s why.

Scotland’s scenery is incredible. Unlike the gentle rolling hills of England, Scotland is vast, craggy, rocky, remote, unforgiving and in many parts, uninhabitable (unless you’re really brave and like spending a lot of time on your own with only sheep for neighbours!).

For all those perhaps negative sounding adjectives, it is also magnificent. Never have I been anywhere which made me feel so grounded and at the same time, so very small and insignificant! Scotland wowed us at every turn and immediately went on our list of places we want to visit again.

A hip and historical start

We flew into Edinburgh, where I last visited as a student. I enjoyed it then but I don’t think I was mature enough, or had seen enough of the world, to realise quite how magical and beautiful it is.

This time around we arrived in the midst of the famous Fringe Festival (the largest annual international arts festival in the world). The city was teeming with people and the atmosphere, despite much rain, was decidedly jolly. We spent the rare sunny afternoon exploring the Scottish capital, its impressive architecture (both the Old and New Towns are jointly listed as a UNESCO World Heritage site) and the gorgeous castle up on the hill. It’s very easy to get around on foot but wear sensible (unlike me) shoes as there are plenty of cobblestones to catch you out! Being a student city, there are a lot of young people (and of course, tourists) around and a really nice, busy vibe. That evening, I set about finding somewhere to eat haggis (love the stuff!) for dinner and we had a nice wander around, rugged up against the elements.

Out on the road

The next day it was up and at ’em, we collected our wheels from Europcar and were off. I’m not sure why I’ve always been so obsessed with visiting the Isle of Skye, but that’s where we were heading, with stops at Inverness and Loch Ness on the way.

The drive from Edinburgh to Inverness took roughly six hours including stops for lunch and to look for the Loch Ness monster (no success, I’m afraid!). Loch Ness in itself is not that exciting, but you have to see it. 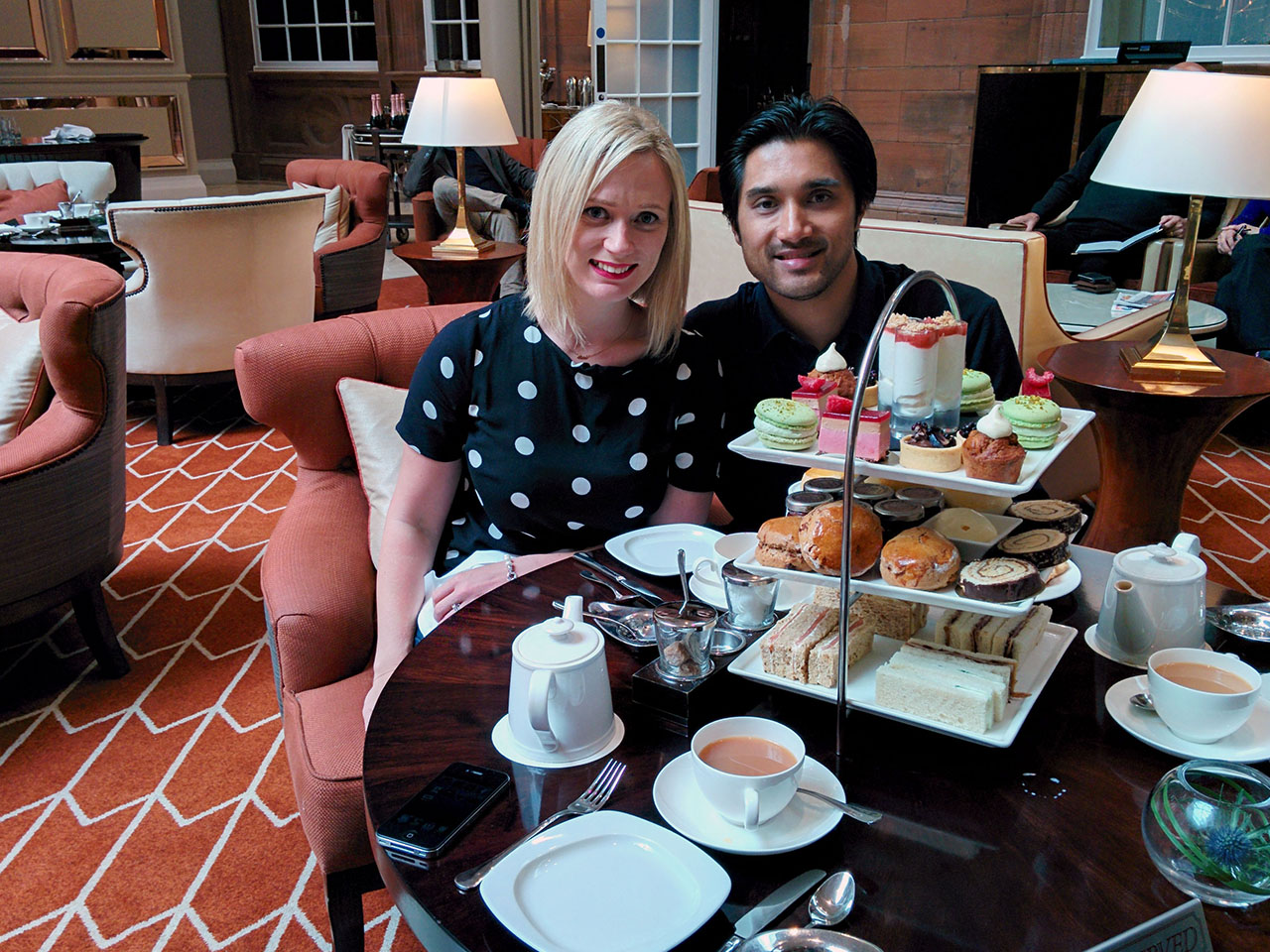 Inverness was a nice surprise of a little city on the River Ness, with a castle and plenty of shops and restaurants. We saw some amazing scenery during this drive and braved the midges to take lots of photos.

Our home for two nights was Culloden House and frankly, we felt like we were in our own little magical world. This hotel remains the favourite of our six-month trip. High praise indeed!

Steeped in history, with beautiful grounds, the boutique hotel is like something out of a fairytale. We’re already planning how many years of marriage before we can find an excuse to return for an anniversary stay!

It’s no surprise this place has won many accolades for being one of the top hotels in the world. The service is excellent without being stuffy, the rooms are large and comfortable and everything feels in keeping with the building and its heritage. Don’t get me started on the breakfast. Wow. And they even had HP Sauce. Winner! I didn’t want to leave. I felt like I was staying in the home of a long lost rich uncle! And did I mention the stunning traditional walled garden (guests are given a key to the door; very Secret Garden!)? Magic. As if the place wasn’t incredible enough, each night, before dinner, a man walked up and down the front of the house playing the bagpipes. It was so romantic, I almost shed a tear!

On leaving Inverness, we headed to the Isle of Skye. I had hyped it up so much in my head, I was worried it might be a letdown. It was absolutely pouring with rain and we had a good four hours ahead of us. When we stopped to find lunch at the Lochalsh, just before the bridge onto Skye, we got pretty wet and grumpy. Luckily we stumbled across a humble hotel serving fish ‘n chips and steaming pots of tea. Once again, hoorah for Scottish hospitality!

With food in our bellies, we were back on the road and finally onto Skye. This was definitely some of the most amazing scenery yet and we just couldn’t get our head around how remote it was and how far apart some of the houses were. The journalist in me wanted to stop and knock on doors and say: “Who are you, what do you do for work and what do you do to amuse yourselves out here?”! Yes, this place is beautiful but there isn’t much going on. Understatement of the century! What I loved most about Skye was the sheer size and vastness of it. We were quiet in the car, just in awe of the landscape.

We stayed one night in Portree, which is a small and very busy (with international tourists) town. We had no idea Skye was so popular and tried about 10 places for dinner before we found one with a table, and we had to wait a good hour for that. So my top tip for Portree is make a dinner reservation! We stayed at the Cuillin Hills Hotel which was very convenient for everything and had a lovely view, only slightly ruined by the torrential rain. 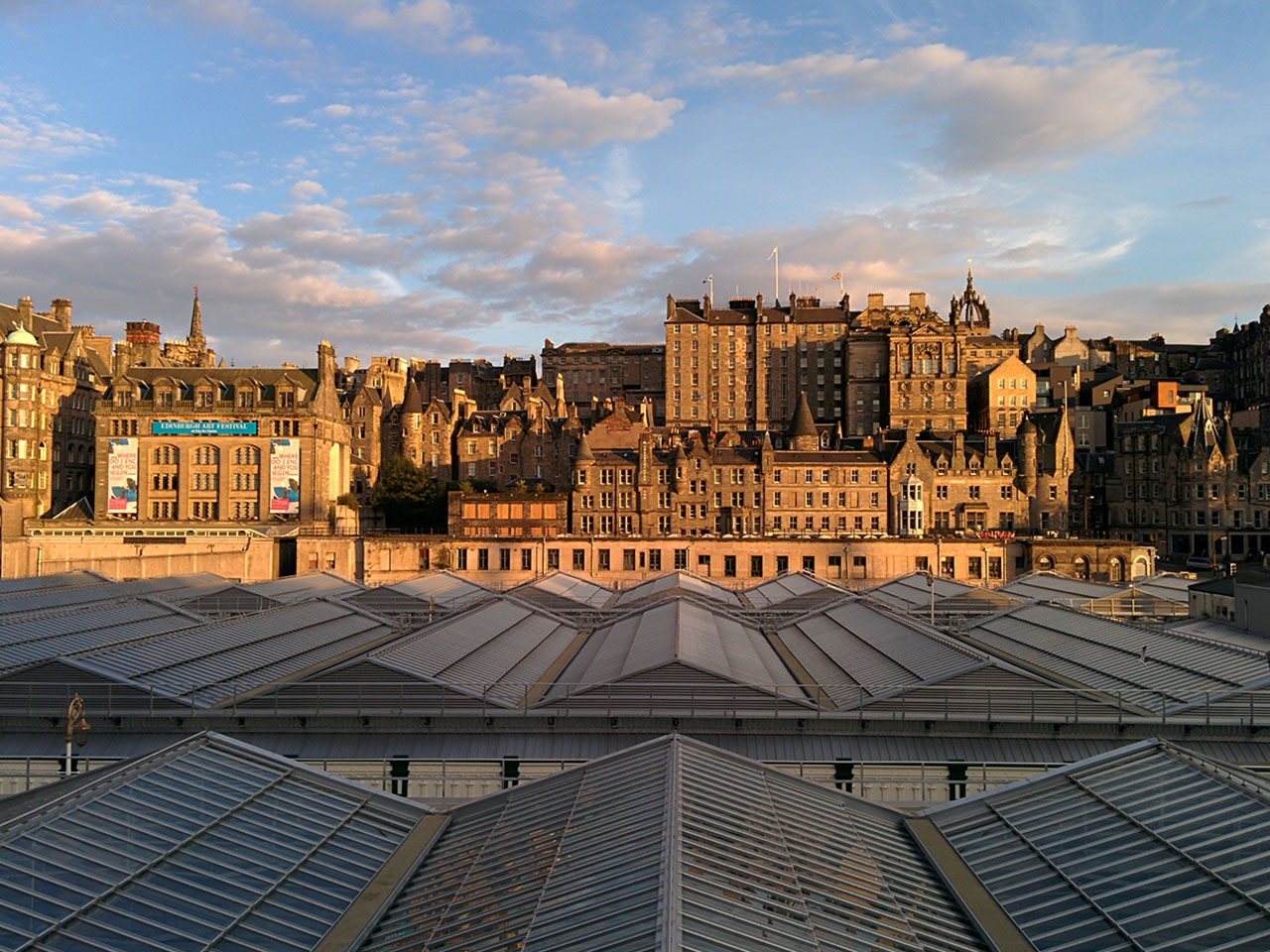 The next day was the biggest drive yet: around seven hours back to Edinburgh including stops. More of the same rainy and mind blowing scenery. Sunshine would have made it better, of course, but we felt it was at least an authentically Scottish experience!

Our last night in Edinburgh was spent at the amazing Waldorf Astoria Hotel, otherwise known as The Caledonian. The next day, we’d hoped to do all the sightseeing we hadn’t managed on the first afternoon before we flew out, but were greeted with serious rain. Miserable, diagonal, freezing cold rain. Despite saying we loved Scotland in spite of its weather, at this point, we were decidedly over it!

Lucky for us afternoon tea at the hotel’s Peacock Gallery allowed us to spend three hours snug inside. The delightful waiter kept refilling our teapots while we struggled, but never quite managed, to finish our tiers of sandwiches, scones and cakes. There was no pressure to leave (as I’d experienced at the uber popular The Ritz in London the previous week). A great value afternoon and welcome relief from the cold and wet!

So my advice for Scotland: go! What are you waiting for? Be prepared for rain and delightful people, take your camera and your umbrella and make sure you eat lots of haggis. It’s delicious!