The Pokémon Go Master on a quest to catch ‘em all 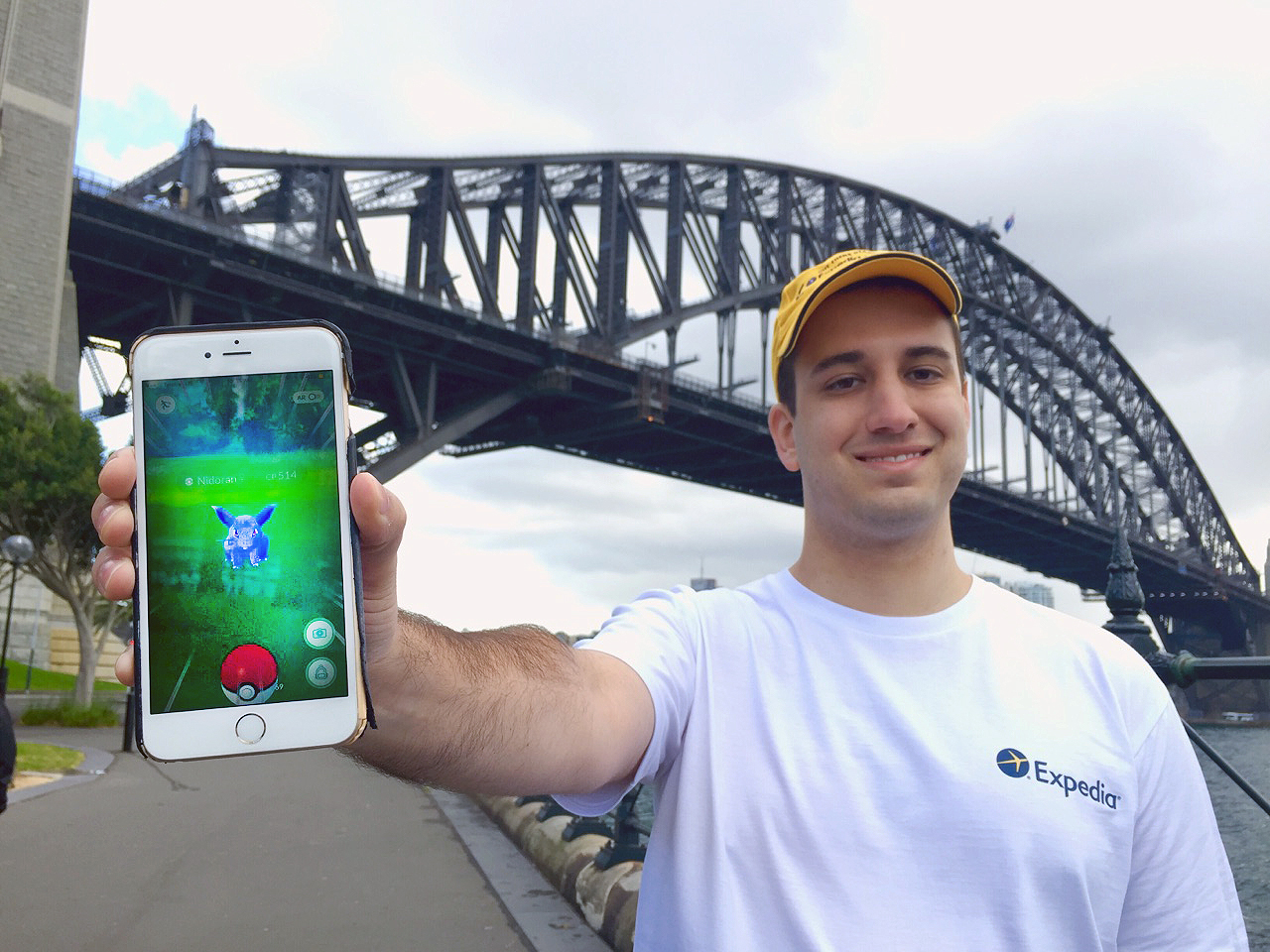 Almost one month ago American Nick Johnson was living in Brooklyn, working in Manhattan and hanging out with his girlfriend. Boy, has that changed.

Nick has spent the past few weeks on a whirlwind worldwide adventure, playing Pokémon Go. Since being one of the very first people to “catch ‘em all” (all 142 Pokémon types in America, more than 5,200 Pokémon in total), he’s become an overnight gaming sensation. With the help of Expedia he’s travelled from Brooklyn, all the way to Paris, Hong Kong, Sydney and soon to Tokyo, to complete his Pokémon collection.

We had a chat to Nick to talk about how he did it, his top Pokémon hunting hacks and what’s next (including his thoughts on the super rare Pokémon still coming).

How did you manage to catch all 142 American Pokémon in just two weeks?

I work 9am-6.30pm so I’d get up, catch a few on the way to work, grab dinner with my girlfriend and then we’d head out hunting until around midnight. Toward the end, when I realised I was close to catching all of the American Pokémon, I stayed out until 4am and 5am for a couple of nights.

What are your top tips for Pokémon Go players?

Justin Bieber usually attracts the crowds! What did people do when he turned up?

I was about 200 feet away so I didn’t see him, but I talked to people later who did see him, and apparently just one person yelled out to him but people shouted back “dude, leave him alone, he’s playing Pokémon”. I mean come on, respect the guy, he’s just trying to catch ‘em all too, ha! 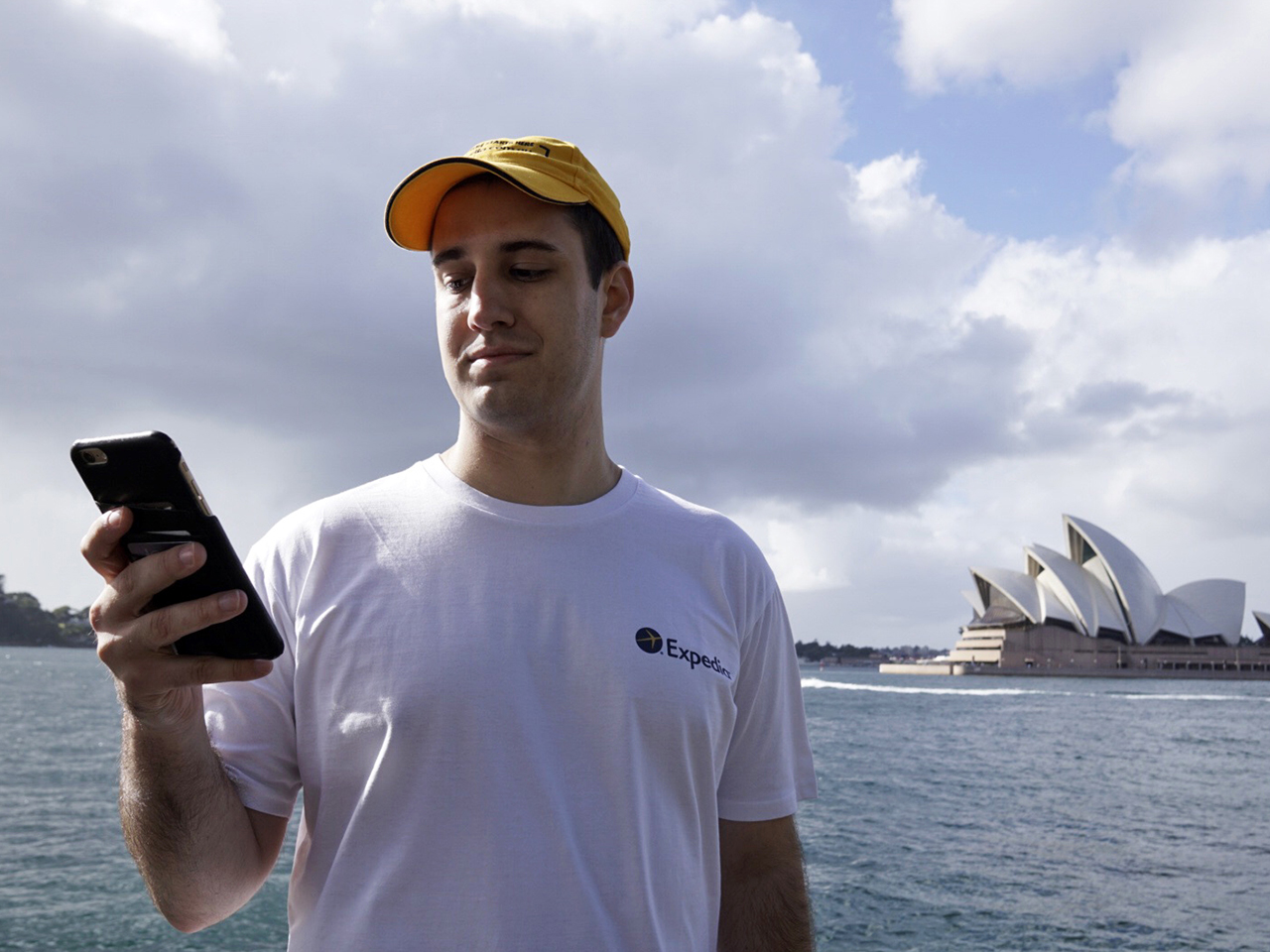 Eevee. We named our dog after Eevee, three years ago, before the game came out!

Why do you think Pokémon Go has taken the world by storm?

I think the idea of Pokémon and “catching ‘em all” has been with people since childhood, like it is for me, and I think one of the cool things about the game is that it brings people together and creates a community. You have it here in Sydney, and in New York, where there’s hundreds of people gathered in one location.

You get to explore places you’ve never gone before – I’ve been in New York for five or six years and been to parts of the city I never have visited before and never would have otherwise. I’ve made some friends and met people I never would have had the chance to meet without the game.

And it is good exercise, I’ve lost 8-10 pounds in two weeks doing this!

Are you a bit addicted to the game?

I don’t think so! It’s a fun game to play, but if my girlfriend didn’t play it, I wouldn’t play it that much, there’d be a bit of frustration there! I have a lot of co-workers that have that issue.

What will you do when you’ve finally caught ‘em all?

I’m not sure yet! I give away a lot of my tips for free on Snapchat so I’ll probably just keep doing that. Life goals? I want to catch Pokémon with the Biebs! Other than that, I’ll probably just enjoy playing the game with my friends. They’re going to release more legendary, rare Pokémon, which should be nuts, I bet they’ll need a permit for a public event in New York!

Are people chatting to you on social media asking for tips?

Yes hundreds of people have reached out to me on Snapchat every day, I use Reddit, Twitter and Facebook, and people are messaging me all the time – that’s how I heard about Kangaskhan hanging around the Opera House this morning. I’ve received hundreds and hundreds of messages of support from people, it’s been cool, I always try to respond to everyone.

What did you think when Expedia offered to send you around the world?

It’s kind of surreal. I wasn’t expecting it to go anywhere, I originally put it up on Reddit thinking no one’s done this, it got a little bit of traction, but then I went to sleep and I had thousands of comments and media requests in my inbox. I had to fly to a wedding the next day in California so it was a busy weekend!

What’s been the best part of the whirlwind trip?

Every city has been unique. In Paris it was a struggle as I landed I found out they’d updated the game, so every where rare Pokémon used to spawn changed, but people messaged me on Reddit with tips on how to find Mr Mine. I was in an Uber and someone messaged me the location, it was five minutes away so I told my Uber driver to change the destination. I got there in time, it was midnight, I was flying out at noon the next day so I was lucky, and then I caught another one five mins later so that worked out. It was a stressful day but definitely fun – I got to explore the Eiffel Tower (a big Pokémon hotspot), the Arc de Triomphe and the Champs Elysees. I didn’t sleep in Hong Kong, but the guys at Expedia drove me around until I found Farfetch’d. And Kangaskhan in Sydney! I’ve never been to Sydney before, so a highlight was seeing the Opera House.