The One and Only Palmilla Resort Mexico | Expedia.com.au 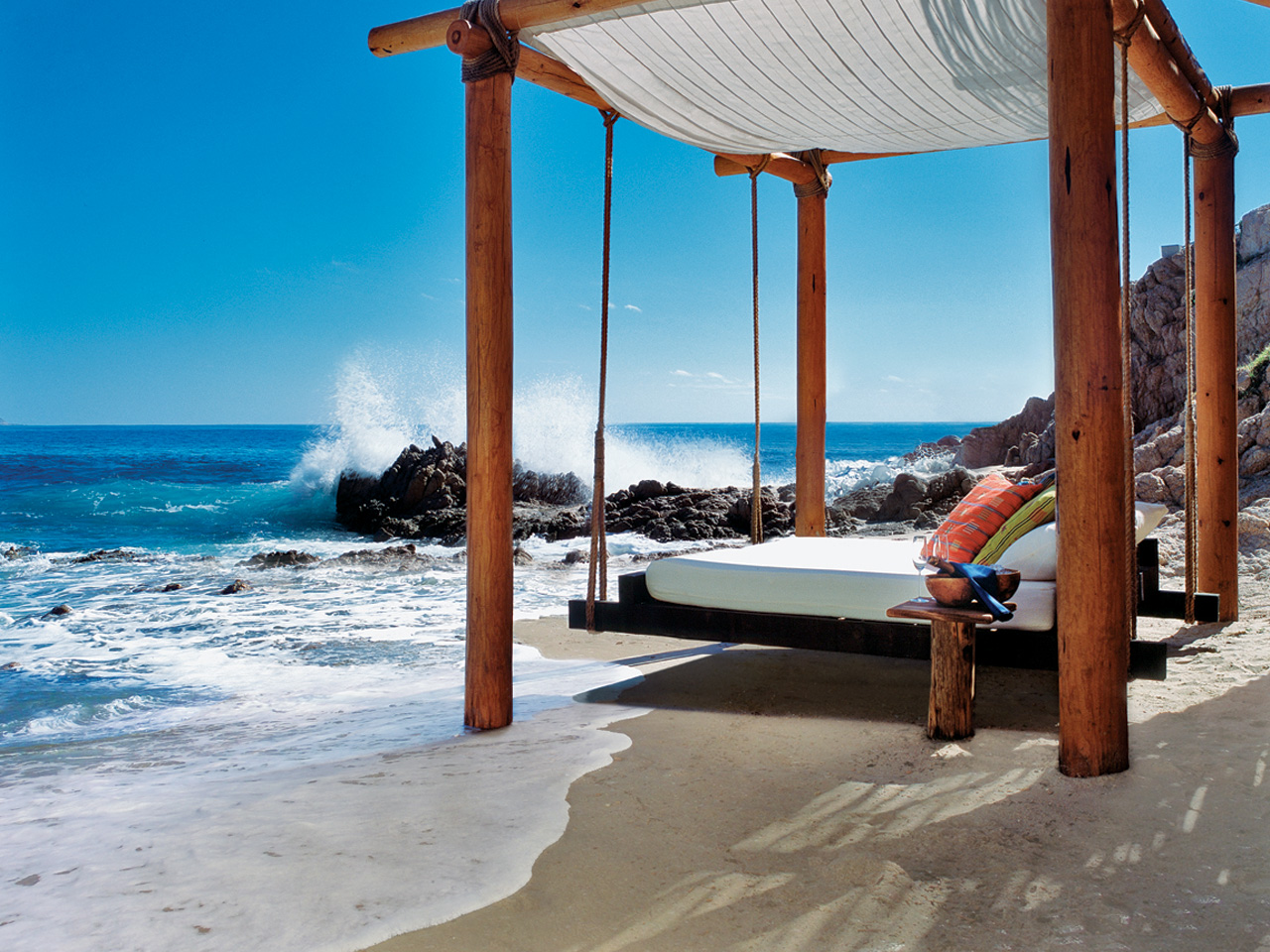 It’s not often a girl gets to visit the number one hotel in all the world, but that’s what I did in Mexico.

The One&Only Palmilla Resort topped Expedia’s Insiders Select 2013, a list of the best hotels in the world chosen from 150,000 properties on the site. The votes were collated from 500,000 travellers. It’s a huge honour and one I discovered was certainly well deserved.

The One&Only Resort is perched on a rocky outcrop edged with snatches of sandy beaches at the bottom of Mexico’s Baja Peninsula. It’s a two hour flight from Los Angeles to Los Cabos, so by the time you’ve practiced saying ‘hola’ and ‘adios amigos’, you’ve landed. Expedia’s Aussie travellers can’t get enough of Mexico, it’s one of the most popular destinations at the moment, and with properties like this, we know why.

The One&Only Palmilla knows how to make a good first impression. A sweeping staircase leads up to the bar at the entrance but straight in front of you is a breathtaking view over the infinity pool that drops into the Sea of Cortez. It’s surrounded by sun loungers and umbrellas anchored at a swim-up bar. And I kid you not, whales and their babies were swimming about 300 metres away when I stopped by.

I walked up the sweeping staircase (perfect for a wedding, FYI) through the indoor bar with its open-air balcony and large glass-less windows and had yet another gasp at the view.

I love to people-watch in places like this because you never know which rich and famous soul you might spy hanging out. And if they’re here, I want to gawk. Ok, a little more discretely than that. 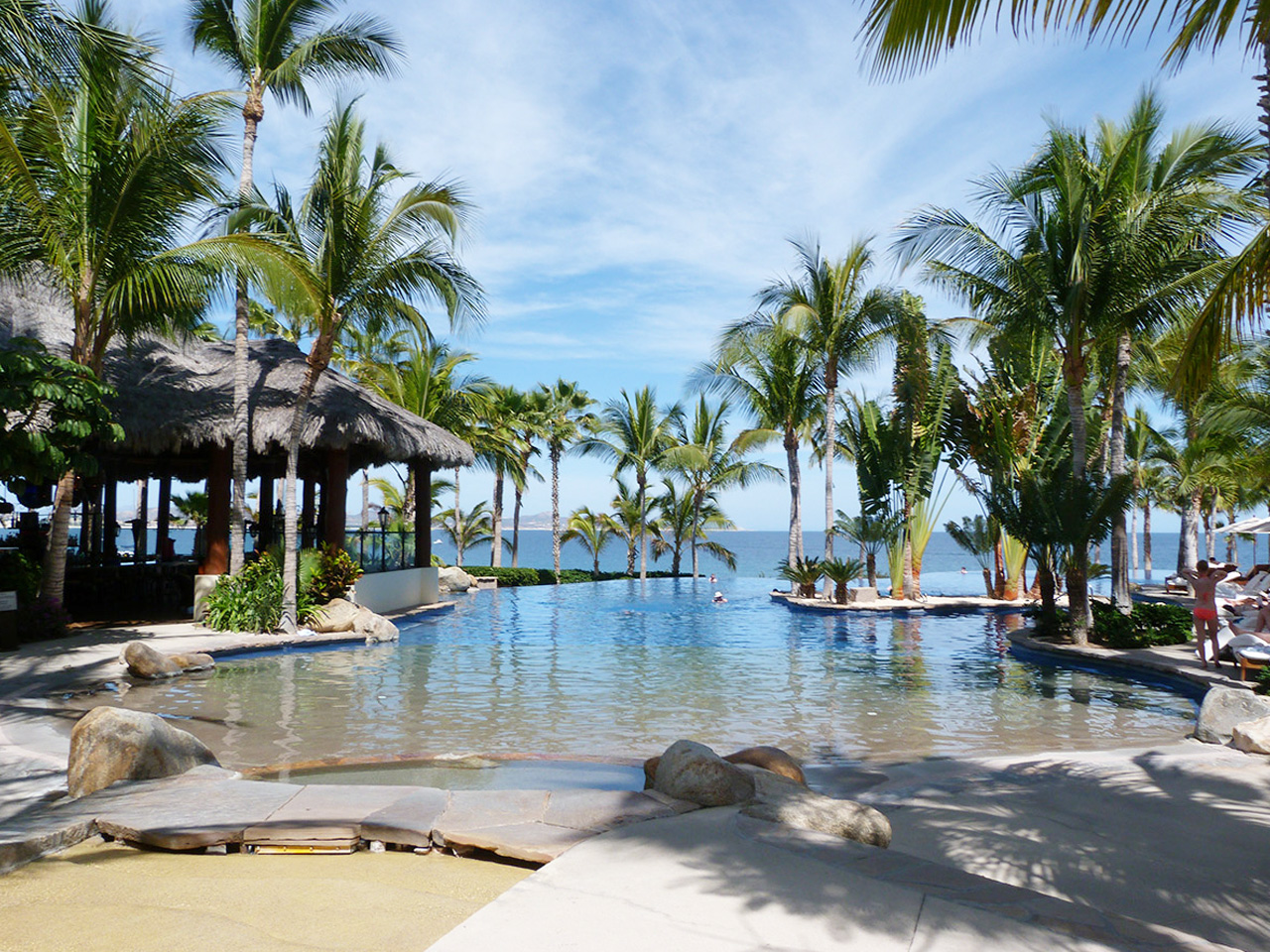 From the main pool area you can walk down the steps to the beach and nab the floating day bed where the waves ease closer and closer. If you look back up the cliffs from here, you’ll see the exclusive villas with their own infinity pools and day huts for those who truly want to holiday in privacy.

But if your budget doesn’t extend to being neighbours with the celebs, there are luxury rooms and family suites sprawled around the beach that still have killer views.

Don’t worry, if you’ve brought the kids, not your entourage, there’s a separate area for families with a pool and water spouts, a gentle lazy river and even mini sun loungers for the little ones, each with a folded towel for your seven-year-old.

One&Only Palmilla is also home to four restaurants. At Agua the tables sprawl into the garden for al fresco dining, with romantic tables for two set up on the grassy edge overlooking the ocean. If it’s nippy you can always go inside and sit by the fire.

At One&Only Palmilla they call their cuisine Mexiterranean – local Mexican produce presented in clever and delicious ways thanks to award-winning chef Larbi Dahrouch. We try shrimp ceviche done three ways, followed by little handmade lavosh pizzas topped with shredded chicken, pulled pork and octopus. When in Mexico it would be rude not to try tortillas, so we order corn huaraches filled with meat and tomato, topped with sour cream. Luckily the light meals leave room for dessert, a teeny tasting platter – the perfect way to fill your pudding stomach I say.

After lunch, it’s spa time. This begins with a decadent foot spa and a cup of lemon-infused iced tea in your own private villa surrounded by a garden, water features, a day bed and a stone bathtub. Inside are treatment tables, where you’ll spend a few hours in absolute bliss, before finishing the experience with a cup of lemon tea lounging on that gorgeous day bed until they throw you out.

Oh, and if you happen to be travelling with your pooch, they will provide a miniature cabana and daybed just for your poodle to sunbathe beside you.

Next post Are we there yet? How to survive road trips with kids