A day with the locals of Monterey - Expedia Australia Travel Blog

A day with the locals of Monterey 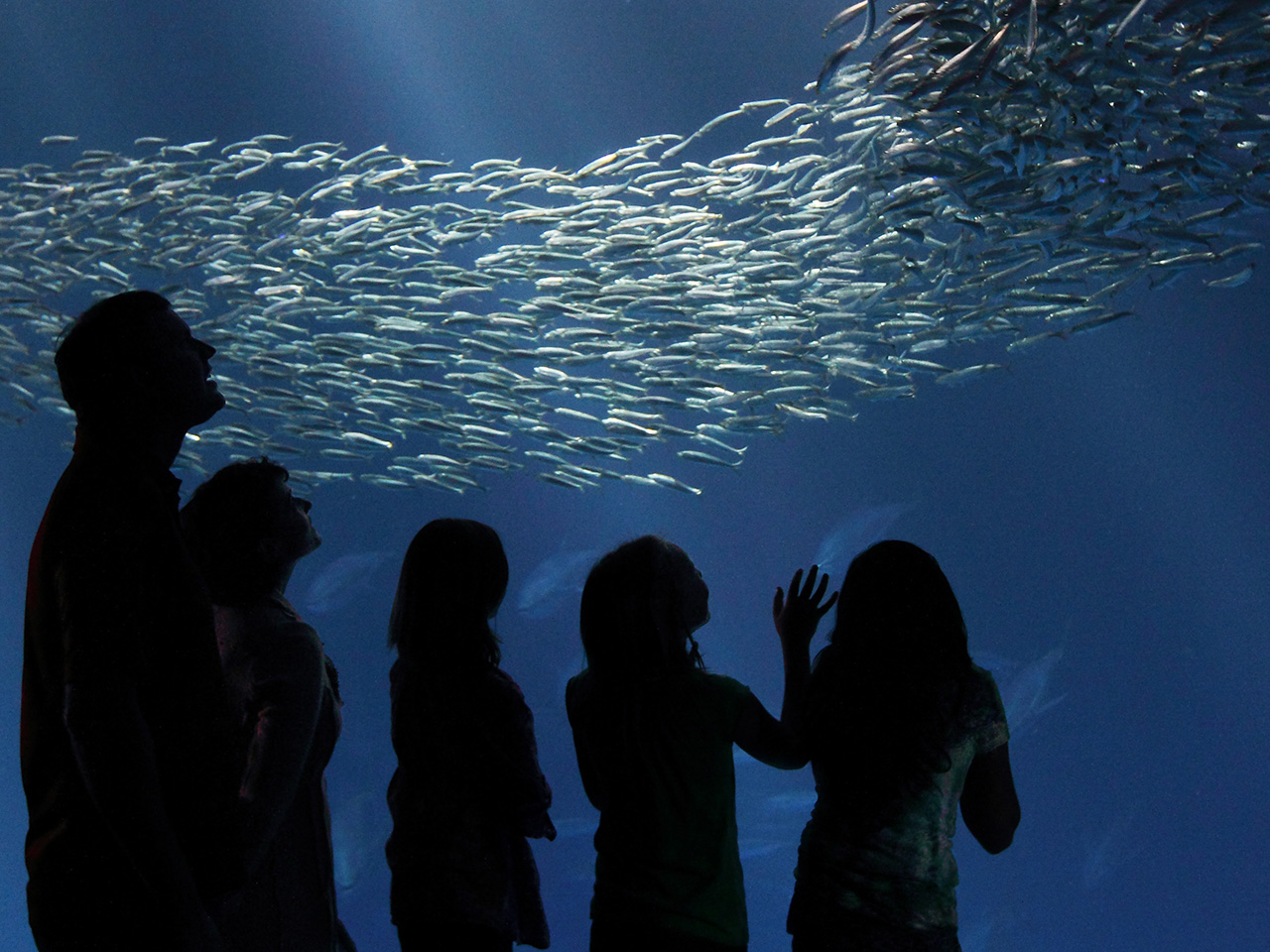 Stepping onto Fisherman’s Wharf in Monterey, you’d be forgiven for thinking you’ve stepped into a time warp. The good old days of clam chowder and candied apples don’t seem too far away – perhaps because every bright coloured building along the wharf sells one or the other.

Monterey is roughly 500km north of Los Angeles but a world away from the rat race. It sits just on the end of the Big Sur – and is a common stop on the road for travellers touring the Pacific Coast. It’s also a stop on the Pacific Coastal cruises, with ships sailing up and down the coast en route to San Francisco. Expedia’s Aussie travellers tend to spend 1-2 days in this small city and that’s just enough time to meet the locals.

There are plenty of local characters in Monterey, but the most well known are the small furry ones.

Monterey is famous for its colonies of Californian Sea Otters – the playful creatures spend their time wrapped up in the area’s kelp forests, just off the shore.

Expect to see tourists peering out to the kelp, where the otters’ tiny shapes can be seen often wrapped up in the kelp. If you’re after an up close and personal encounter, hire a kayak and paddle out to the forests. August and September are the most popular times to visit Monterey and the warm weather makes it an ideal time to go for a paddle.

Otters hunt among the kelp but they return to the surface to eat, lying on their back and devouring their catch. If you spot a group of otters together, it’s likely you’ve found a “raft” – a gathering of same sex otters that stick together, often wrapping themselves up side by side in the kelp. 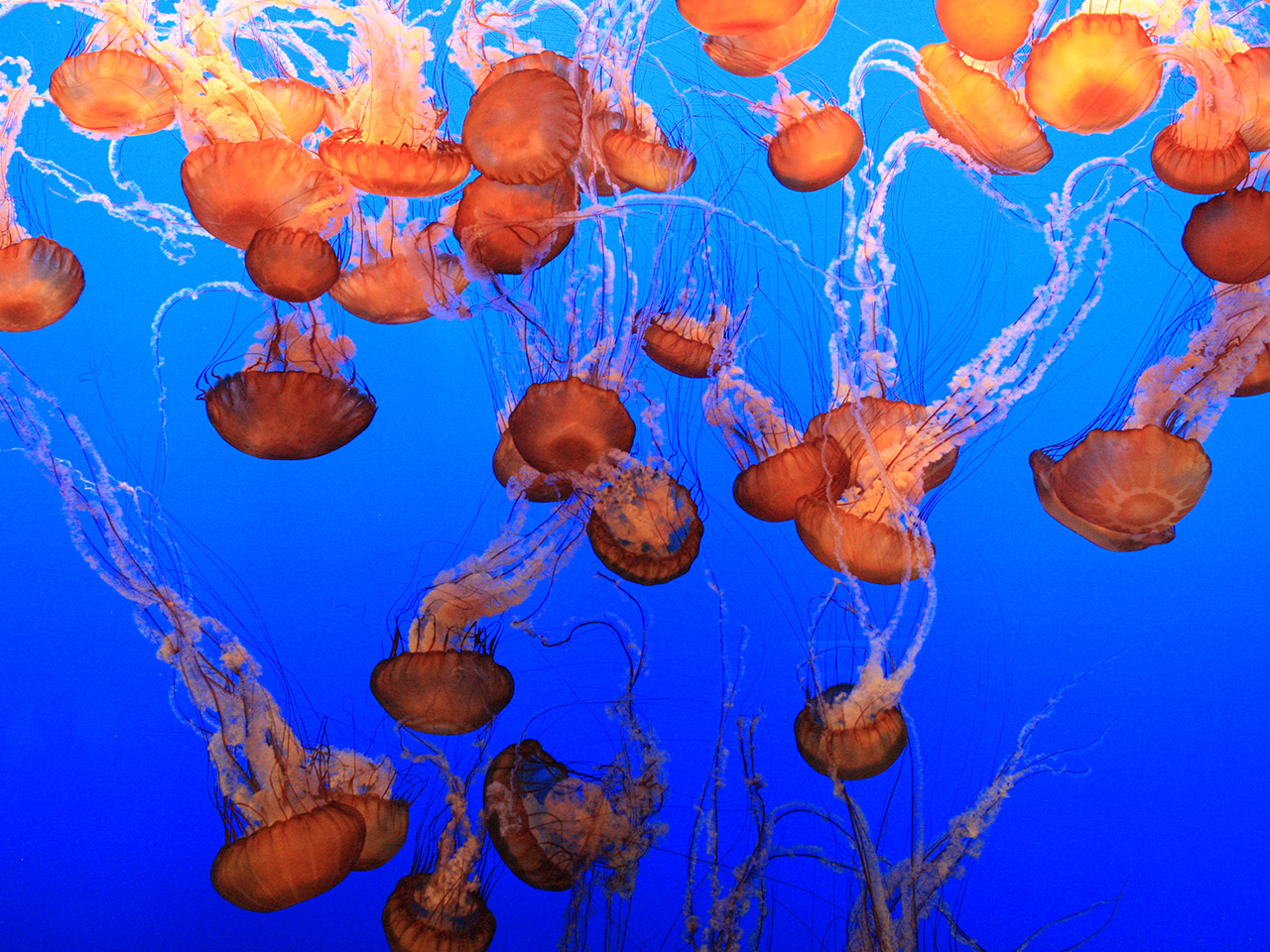 If you’re keen to stay on dry land, Monterey Bay Aquarium’s Sea Otters are always putting on a show, whirling through the water in their large cylindrical tank that stretches along two floors of the Aquarium.

One of the largest Aquariums in the world, Monterey Bay Aquarium has a lot more than otters to offer. One of the most stunning features is Open Sea – the 1 million gallon exhibit is home to Bluefin tuna, Hammerhead sharks, sea turtles, sun fish and 15,000 sardines. The 11am feeding session is not to be missed – you’ll see the sardines zip through the water in perfect formation, forming whirlpools of silvery scales.

In the rest of this giant aquarium are jellyfish of every shape and colour, giant octopi, baby sharks, big sharks, puffins, sea birds, and a great tide pool amphitheater which empties into the ocean.

The aquarium’s seaside position also makes it a great place to spot sea otters – the telescopes set out along the large balconies certainly help too.

Monterey Aquarium sits at the end of Cannery Row, a tourist-friendly street that runs along the coast. Walk back towards the centre of the city and you’ll pass souveneir stores selling “Hairy Otter” t-shirts and mugs – a fun local take on Harry Potter. Lily Mae’s Cinnamon Rolls are not to be missed. The giant scrolls come glazed, topped with apple maple, nuts or even sprinkles.

If you’re keen to explore more of the city, think about hiring a bike. Walking along the unshaded footpath can get hot! After a long day out in the sun, an afternoon nap is always nice. The Casa Munras Hotel & Spa is popular with Expedia’s Aussie travellers and does boutique chic right in the centre of downtown Monterey.

Next post The Interiors Addict's Guide to New York

Previous post From cat cafes to bamboo forests: 5 cool things to do in Kyoto