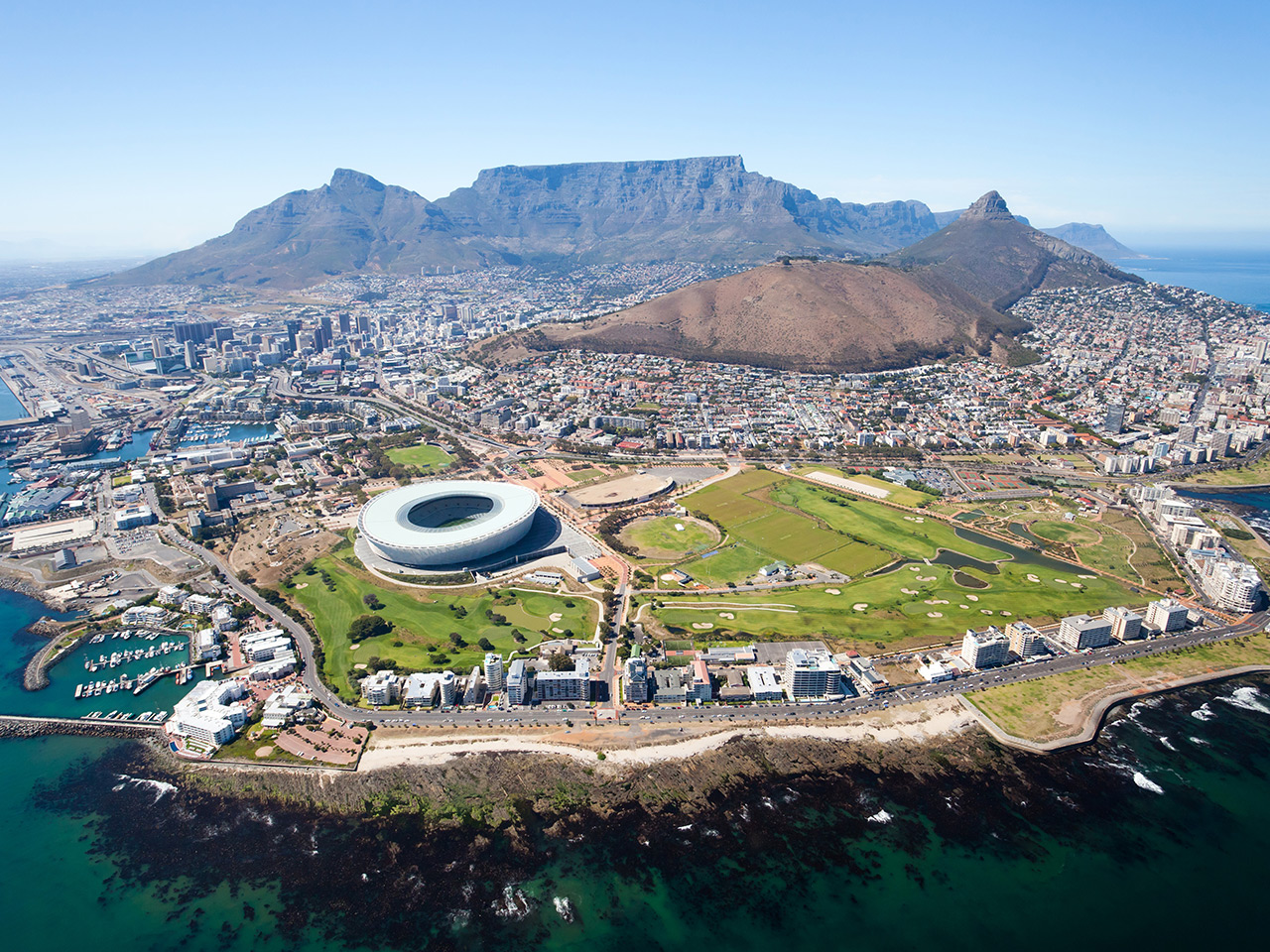 Having just returned from the UK after commentating on The Ashes Test matches at Edgbaston and Trent Bridge, I was reminded of the wonderful experiences professional sports people have touring the world in their given sport, playing at different venues and taking in different sights, sounds, smells and emotions these grounds can provoke.

For me, playing at a different ground for the first time represented a lot of nervous energy and excitement. You don’t know how the crowd will be, how the pitch will play or how it will look as you peer back at the stands from the middle.

Each ground has different traits. Whatever the initial emotion, striding to the crease confidently on match day and scoring a century forever made you feel in sync with the ground and it was amazing how returning to that ground for the next tour promoted further success. However, the opposite is also very real, and after witnessing an Aussie hammering at Edgbaston and Trent Bridge I doubt the players will ever want to return!!!

It got me thinking, where were my favourite grounds? I’ve seen a few in my time but here’s my top five.

“The Home of cricket”! Need I say more. This is THE ground where every international cricketer wants to play and perform well. To get your name etched on the honours board after a century or five-wicket haul is the ultimate dream.

My first tour was the 1993 Ashes. Just making the squad was a boyhood dream come true. But having debuted at Old Trafford in Manchester I now, in only my 2nd Test, was arriving at Lords to play on the hallowed turf! I remember it like it was yesterday. The bus drops the team off at the Grace gates (named after English batsman WG Grace) and then it’s a short walk to the Pavilion in amongst MCC members wearing their bacon and egg ties, jackets, undies probably! The Pavilion is a beautiful old stand housing the best dressing rooms, food, and showers in world cricket (very important).

The walk out to bat is very special. You come out of the dressing room, down two flights of stairs and then enter the Long Room. There’s a distinct smell of cedar wood and the walls are covered with famous cricketer portraits. From the back left hand door, you navigate to a central doorway out onto the ground, in and around MCC members who can’t help but have a little word to you, “See you in five minutes old boy!”, “Good luck….you’re going to need it”. MCC members sledging! It’s good stuff!

Once in the middle, being overcome by nerves is a genuine possibility. At this stage, it’s all about deep breaths and just taking in the unusual atmosphere. The sounds are different at Lords, there is chatter and the occasional clap or boisterous individual, but what strikes you is the quiet. At capacity, 28,000 people go silent for opening deliveries. It’s eerie and quite off-putting really. You can hear the sound of your heart beating. All other crowds go ballistic for the opening overs. Fortunately I was able to bat for a lot of my first day there, enjoying the ultimate Lords experience. Being in the crowd even just once, is a must for every cricket spectator. 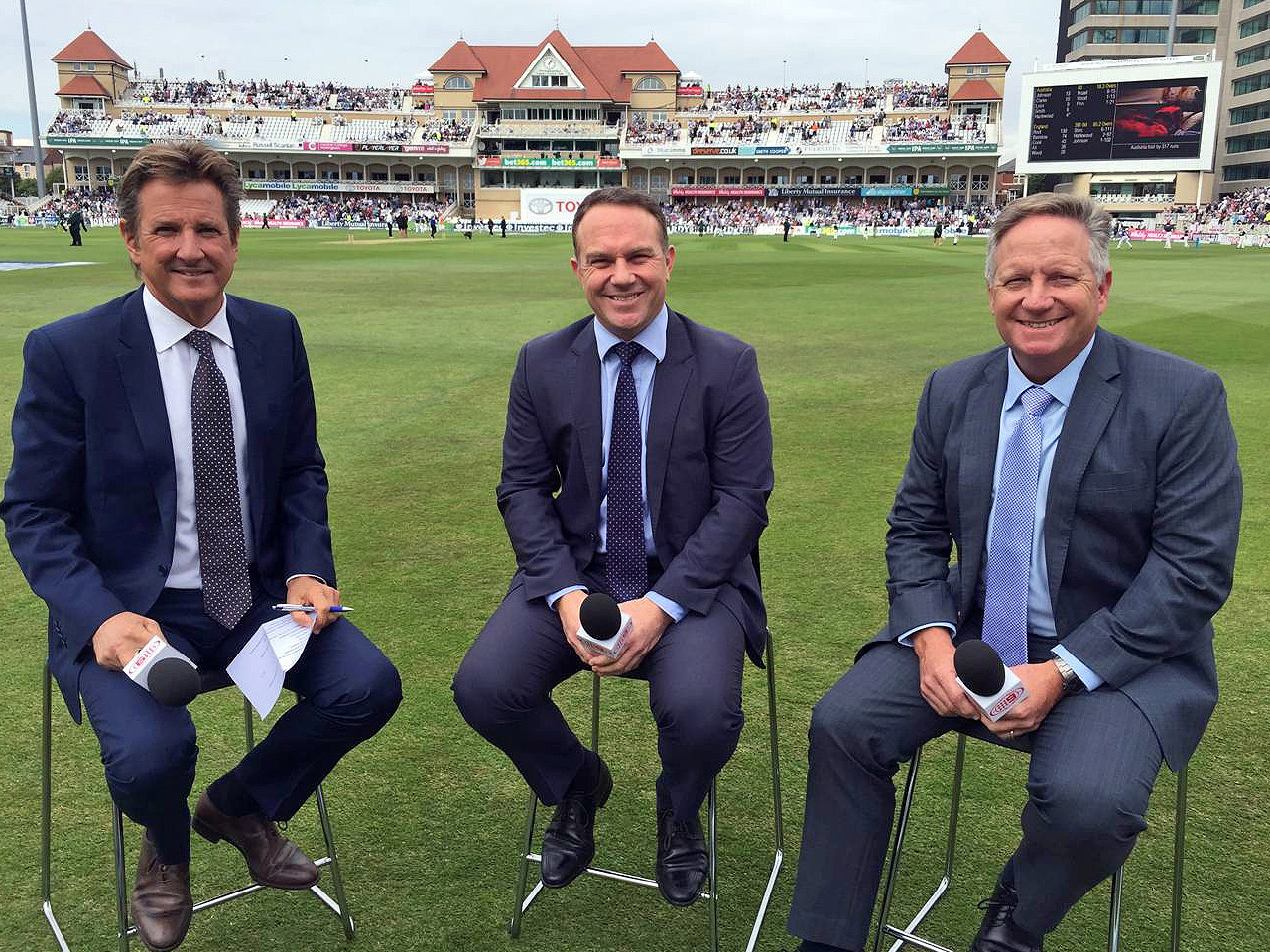 Second to Lords is the Sydney Cricket Ground, my home ground. The beautiful thing about the SCG, like Lords, is you really feel the history and tradition of the game. In an on-demand world, where the modern player doesn’t think too much about those who have gone before him, hearing tales of where Bradman, Harvey, Davidson sat in the dressing room, is all of a sudden very meaningful.

45,000 spectators can create a thunderous atmosphere, but this ground always felt intimate. From the middle you can see faces and interact with the crowd. The real treat was looking around at the stands – it just looks good, it all works. Everything seems to blend in from new to old. The view back towards the historic Members and Ladies stands from the middle is one of the fondest I have.

Without doubt the most picturesque ground in world cricket, Adelaide Oval has been re-developed in more recent years and now boasts a capacity of 54,000. Some of the old charm may have faded but the new stands have blended in to continue the heritage feel. The view to the north is particularly special, featuring St Peter’s cathedral and on Sundays the bells chime adds to the amazing feel of this ground. Spectators can still sit on grassed areas if they wish, which to me feels very country’ish and adds to the carnival feel.

The whole city seems to come alive for an Ashes test – it’s without doubt an event you must attend in your lifetime. In fact, I’m certain ticket holders visit the marquee area at the back of the members and never return to their seat, such is the festival atmosphere.

And finally for the players, the outfield is like a smooth green carpet, year in year out. Misfielding is tolerated less by captains here! I’d love to tell you I never fumbled in the outfield here, but, maybe I did…once or twice! 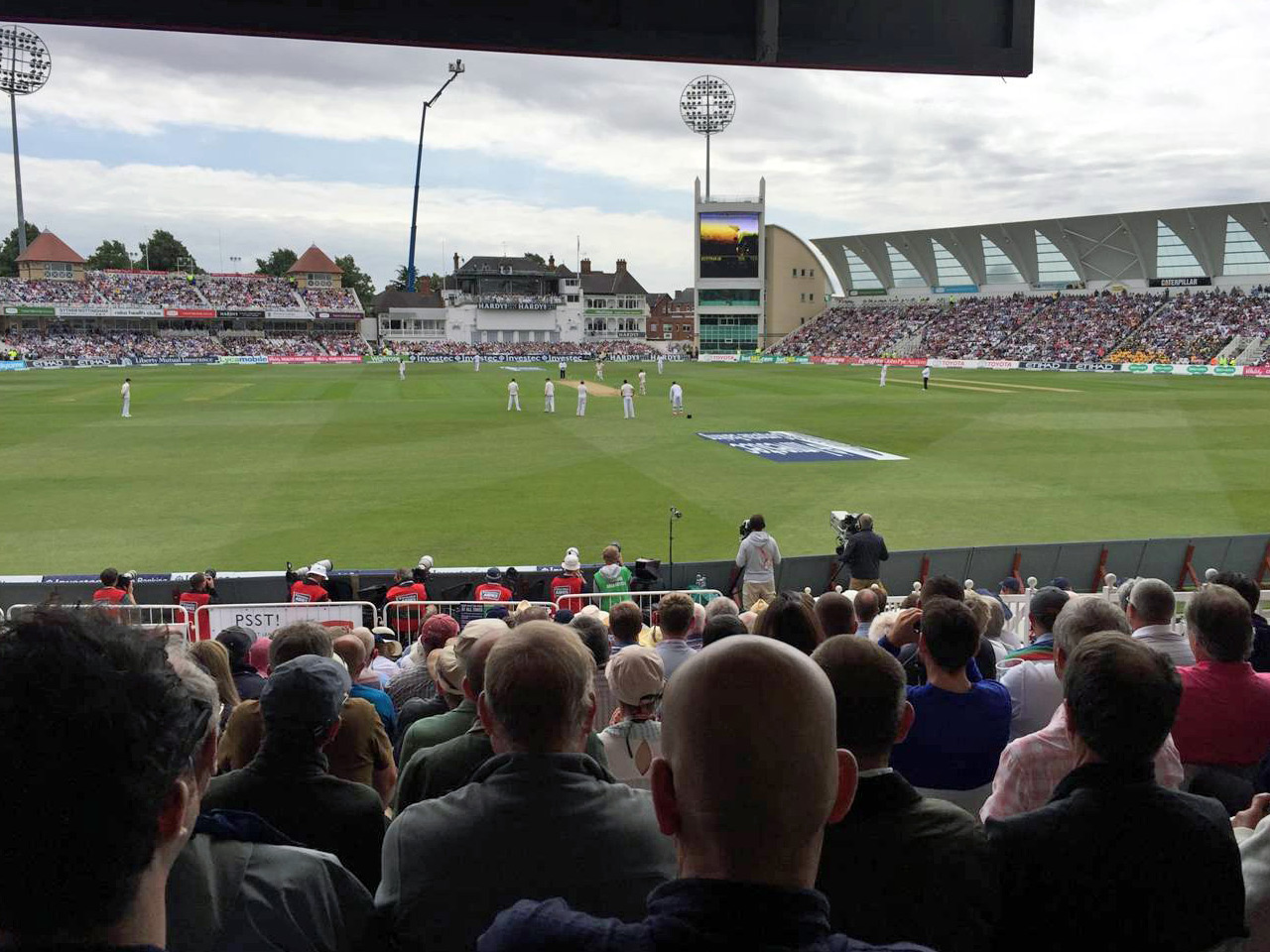 Everything about touring India is an extreme experience. From immense poverty to amazing wealth, all interwoven and for the most part, all faces wearing a beaming smile, in many ways it’s like worlds colliding within one country. One thing you pick up on immediately is that they ALL adore cricket. National cricketers are deity-like figures to the people of this country. The famous Eden Gardens stadium in Calcutta was one of the most full on experiences in my career, as it brought every sense to the surface. For the first three days of our 2001 test match it was a packed house – one hundred thousand screaming Indian fans who were full of voice for the entire day yet somehow got even louder when Sachin Tendulkar batted. It was deafening!

Eden Gardens was so different from all the other grounds I played at and an experience I will never forget. India is a destination all travellers should explore at least once in their lives. It can truly be life changing.

This is without doubt one of the most beautiful grounds in World Cricket. Flanked by Table Mountain, the vista from Newlands is unmatched anywhere in the world.  The Castle Brewery is only a stone’s throw away and proved to be a tease for our beer drinkers given the occasional smell of fermenting hops wafting in. The ground itself accommodates 25,000 and like Australians, the South Africans are extremely passionate and competitive when it comes to sport. While a little intimidating, I loved the feel of Newlands, in many ways it had a similar feel to an Aussie ground and it was a wonderful place to play cricket.

There you have it, my top five cricket grounds. To be honest I could keep going. Every ground has its own DNA, its own personality and like relationships, you don’t always see eye to eye, but when you do, it’s very special!

Next post The First Timer Family Guide to the Sunshine Coast

About the Author Michael Slater

The name Michael Slater (or Slats) is synonymous with Australian sport, having been a welcome addition to Australian households for more than 20 years, both on and off the cricket pitch. His time as an Australian Test cricket player and sports commentator for Channel 9 and Sky Sports Radio has seen him travel the globe, ticking off one sporting bucket list items at a time. The typical Aussie dad, Michael loves action-packed getaways with his equally sporty wife Jo and young kids Jack, Sophia & Charlie.
Twitter