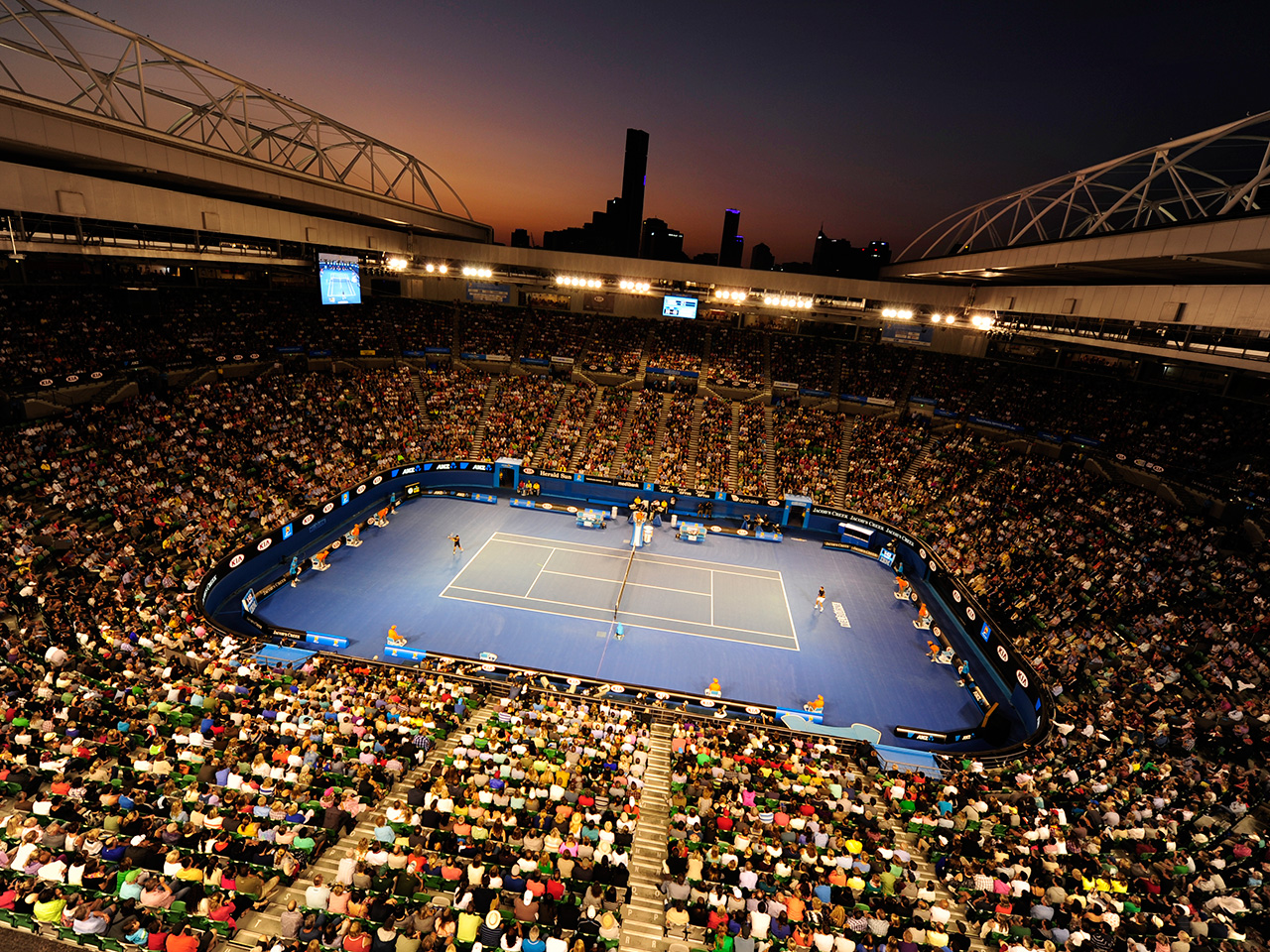 Every January the superstars of the tennis world descend on Melbourne for two weeks for one of our most popular sporting events. The Australian Open is a showcase of skill by some of the world’s greatest athletes, with $33 million in prize money and the serious kudos of a Grand Slam Title up for grabs. Over the course of the tournament thousands of people will attend and as the tournament draws to a close, the tension gets intense. Seats in Rod Laver Arena for finals are the golden ticket but you don’t have to have those to get a taste of the atmosphere. The Australian Open is about more than just the game. It’s also a show, one that really is fun for the whole family.

Aside from all the action on court, there’s plenty going on inside the rest of Melbourne Park. Kids run around with giant tennis balls looking for players to give their signature, groups sprawl on the grass under the shade of a few gum trees, people bring picnics or stop at the food stalls. There’s pizza, burgers, curries and all the traditional stadium favourites, but Melbourne’s chefs are also taking the chance to strut their stuff. We eat handmade lamb sausage rolls and Asian salads from Café Vue and pass the line waiting for Markus Werner’s pop up Grass and Grain Restaurant. There’s even a fruit stand selling whole drinking coconuts and strawberries by the punnet.

The Australian Open has worked hard to bring tennis to the people – stop by the Social Shack in Garden Square, where regular “peoples conference” interviews take place in a glass studio and the crowd is encouraged to come right up close to ask questions from their favourite stars. The players also answer twitter questions

If it’s your first time to the tennis, here are a few tips on how to have the most fun: