Into the Wild: The Mary River Wetlands 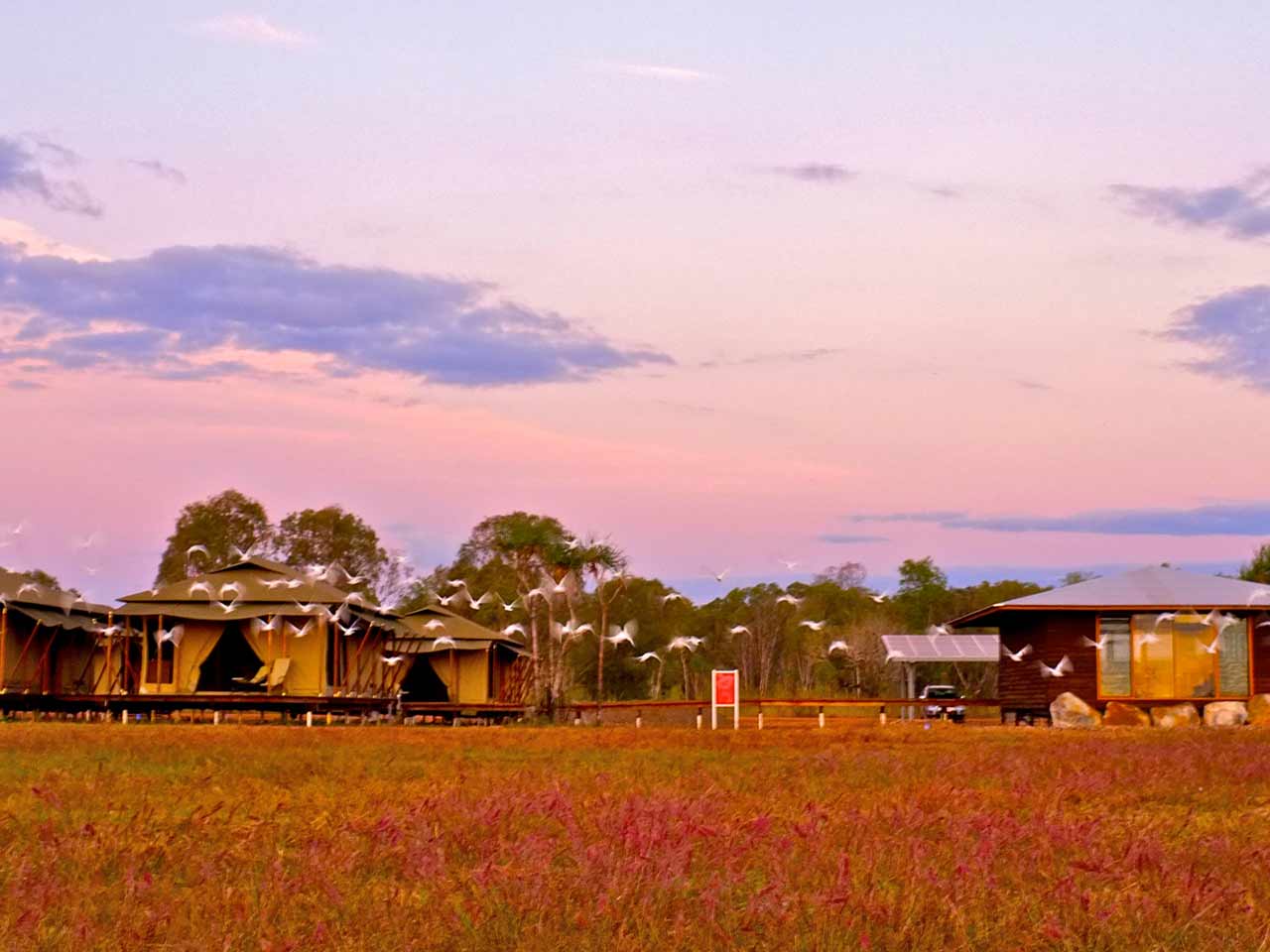 The Northern Territory – for many people this place conjures images of red dirt, dust, and horsemen, even possibly Hugh Jackman in an Akubra hat.

No, the Australian Outback isn’t straight from the set of a movie, nor is it just a dry, dusty place. Yes, in some pockets you could drive for hours and see nothing but termite mounds, but just 150km from Darwin are the lush, green and life-filled Mary River Wetlands.

Soaring over Point Stuart in a small aircraft, we see the river snake a wide path through the mangroves, its banks dotted with giant water lilies and reeds that sway when we dip low. Brolgas pick their way through the swampy shallows while cattle graze on the grass by the water’s edge.

From above you could call this an oasis, but once you’re down on the water it’s clear this is definitely not a tropical paradise. The Mary River Wetlands are famous for barramundi fishing, and during the main season from October to December, the fishing lodges and camp grounds are full to the brim, but year-round the crocodiles call this area home.

The saltwater crocodiles can grow more than 4m long but are friendly – unless you get too close. Lodges in the area run barramundi fishing trips and they know exactly when they’ll get a visit from regular crocs like Fang, who are fed a few smaller fish each day. Fang comes right up to the edge of the boat, until you can see the teeth that give him his name. 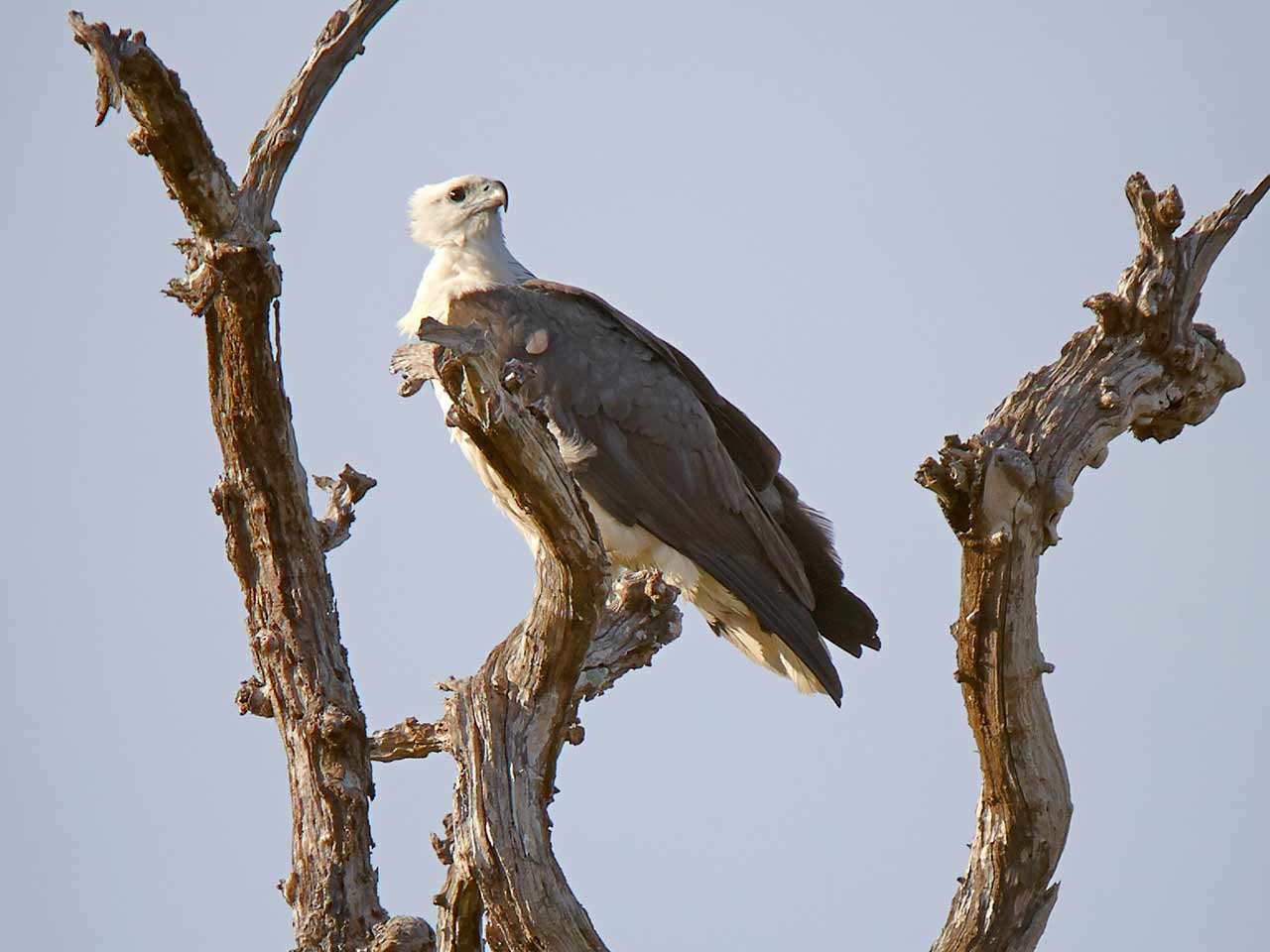 The Mary River is one of the eight Top End rivers and supports a wide range of animal species. Wildlife photographers flock to the wetlands for a chance to capture rare birds on their cameras. Kingfishers flitting between water lilies, Sea eagles high on their nests, Jabirus in the reeds – on a sunrise boat ride you’ll have plenty of chances to snap a few shots, but beware it takes patience and often a big lens to get the winning shot.

If you think you need to sacrifice creature comforts out in the wetlands, think again. There are all types of accommodation in the Mary River National Park – from humble fishing lodges where the accommodation may be basic but the barramundi in the pub will still be the best you’ll find anywhere in the world, to luxury lodges like Wildman Wilderness Lodge, where glamping is taken to another level with safari tents and a stunning sunset pool.

If you’re after an adventure beyond the backyard you know as Australia, or if you’re after a taste of more than the city life, put the Top End on your to do list.