The Might of Manchester: where food and football unite 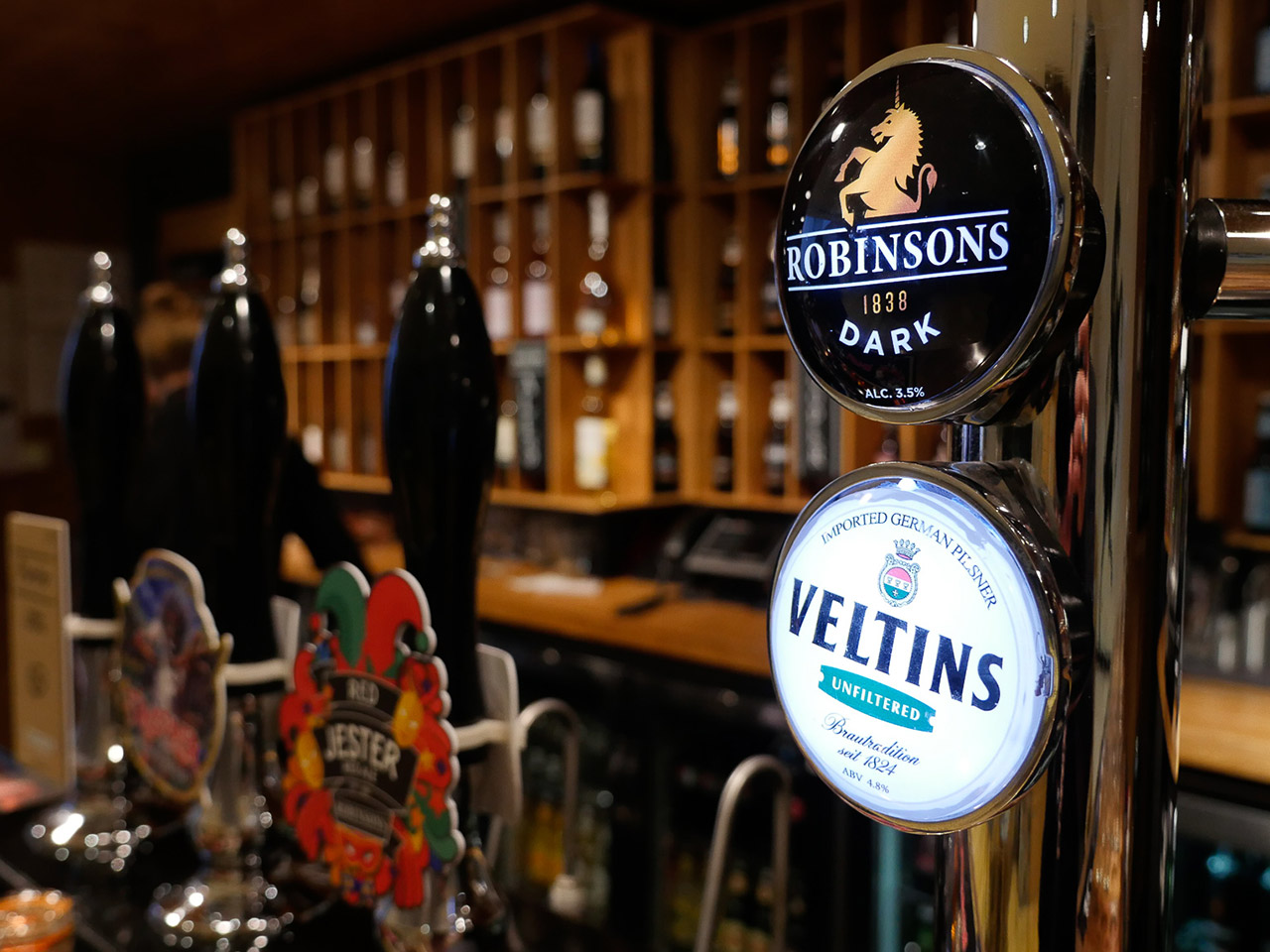 I’m not entirely sure where Manchester earned its reputation for being a subpar city, the word most people mentioned as soon as I told them I was off to England, but I feel like the Mancunians have been rather hard done by. I can only presume those who describe it negatively haven’t been – I’ve thoroughly enjoyed telling people how wrong they are!

As the birthplace of the industrial revolution, Manchester should be considered one of the most significant cities in the world. I don’t think the majority of British people quite understand just how important Greater Manchester was to the development of their country. For those that are interested here’s a quick list of the things we have to thank Manchester for: the first economically successful canal, Richard Arkwright’s ‘waterframe’ which revolutionised the cotton industry and caused the city to flourish, the first steam powered mill, atomic theory (and the disproving of it by splitting the atom), James Watt’s steam engine and the world’s first intercity railway, the first computer, the contraceptive pill, and ironically, the world’s first test tube baby. It was also the spot where Charles Rolls met Henry Royce, who formed Rolls-Royce and set about creating the world’s finest motor cars. Bravo chaps.

Walking around the city with local historian, tour guide and author Jonathan Schofield, it’s bewildering how much history and impressive architecture there is to take in. His knowledge of this city is never ending, as he explains the significance behind the city’s most important landmarks including the Town Hall, John Ryland’s Library and Royal Exchange Theatre, formerly the city’s cotton exchange. One of my favourite buildings in the city was the one we started in, the former Midland Bank site designed by Edwin Lutyens, which just so happened to house our accommodation, Hotel Gotham. One of the city’s finest hotels and home to one of its top dining destinations, Honey Restaurant, Hotel Gotham opened its doors in 2015 and offers sumptuously appointed rooms and an unbeatable location for exploring the city. 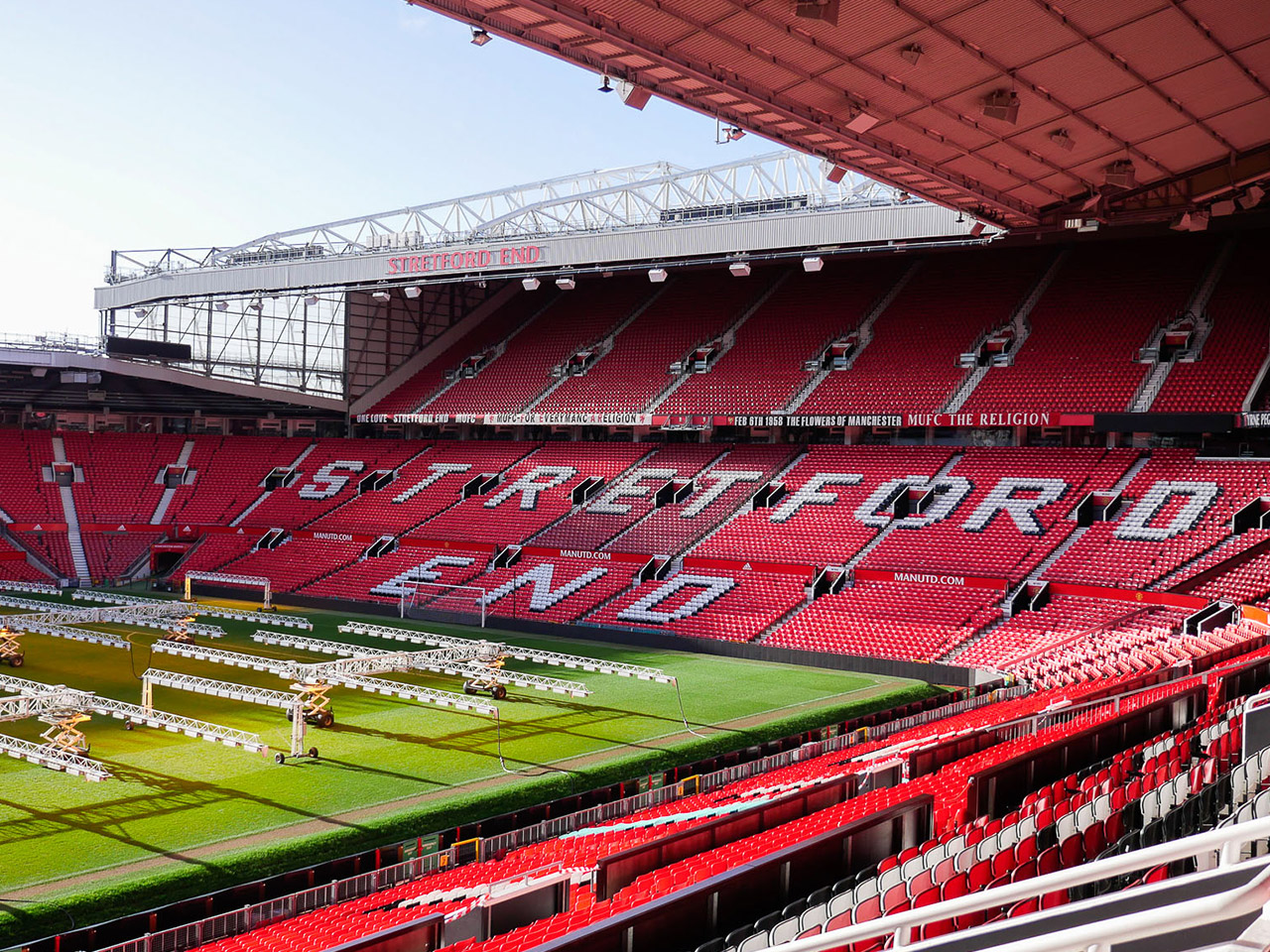 Football fans in town for a match are in luck. Manchester United fans hoping to catch a glimpse of their favourite player might get lucky if they book a room at The Lowry Hotel on the eve of a home game. Likewise Manchester City fans could run into their team at the Hilton Manchester Deansgate. Across town, next to United’s home ground Old Trafford, is Hotel Football, a concept built solely around football culture that many would assume to be kitsch, but is in fact very well executed, and a whole lot of fun.

For football fans, there’s really no shortage of activities in Manchester. The city lives and breathes the sport, with players both past and present firmly engrained in the community. A trip to the National Football Museum is free and well worth your time, with a permanent exhibition showcasing the sport’s history and interchanging exhibits – the current Pitch to Pixel exhibit takes you back to your childhood with history of Football gaming. Even if you’re an Arsenal fan, you can’t help but take in the atmosphere on the Old Trafford tour which runs everyday except match days. For those happy to blow the budget a little, the corporate hospitality packages at Etihad Stadium are the best seats to enjoy a match, whilst a trip to Rio Ferdinand’s Rosso restaurant or San Carlo in the city centre will certainly increase your chances of spotting a player or two. 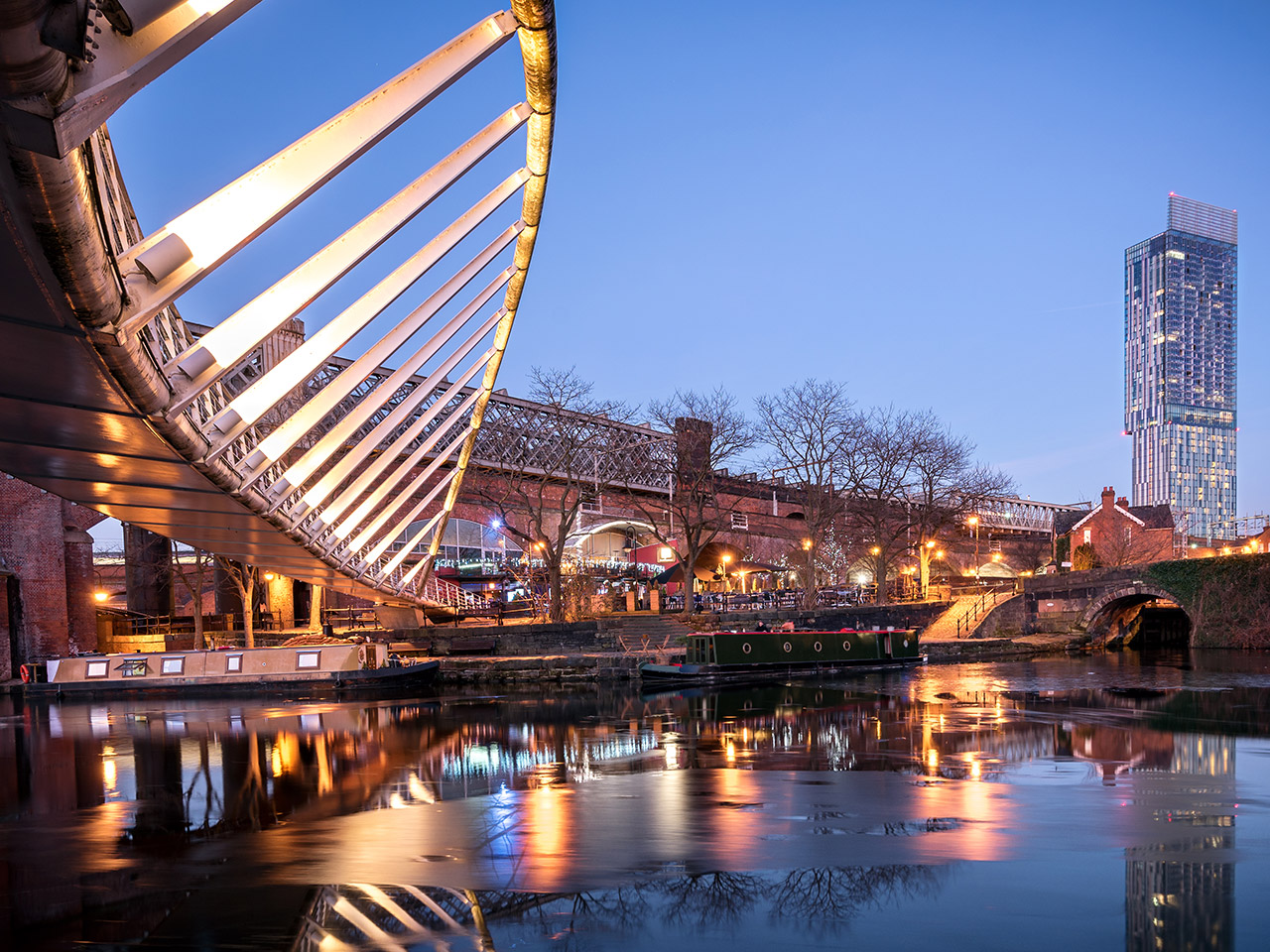 Classic British pubs are a highlight of the city, as are the locals who frequent them, and The City Arms is as cliché as you could imagine. Across town, a pint of ale, or a dram of one of the 300 whiskies on offer, at Manchester’s oldest watering hole, The Briton’s Protection, is customary – it’s also very convenient for those heading to the state of the art Bridgewater Hall for a performance. When the sun comes out the Mancunians flock to Sinclair’s, a Tudor style pub with the largest beer garden in the city. When the sun sets, the famous Pork Hash at Mr Thomas’s Chop House is a delicious, traditional British dish that’s not to be missed.

Manchester is home to some of the UK’s best-known breweries like Hydes and Robinsons, who do a great tour at their Stockport Brewery. Another 30 or so independent micro breweries means the local pubs and bars are overflowing with quality ales, lagers and stouts. Beermoth hosts Saturday tastings from 1 to 7pm so you can try before you buy. It’s also a great chance to find something you like before heading one of the city’s top beer drinking establishments such as Brewdog, Port Street Beer House and The Marble Arch. 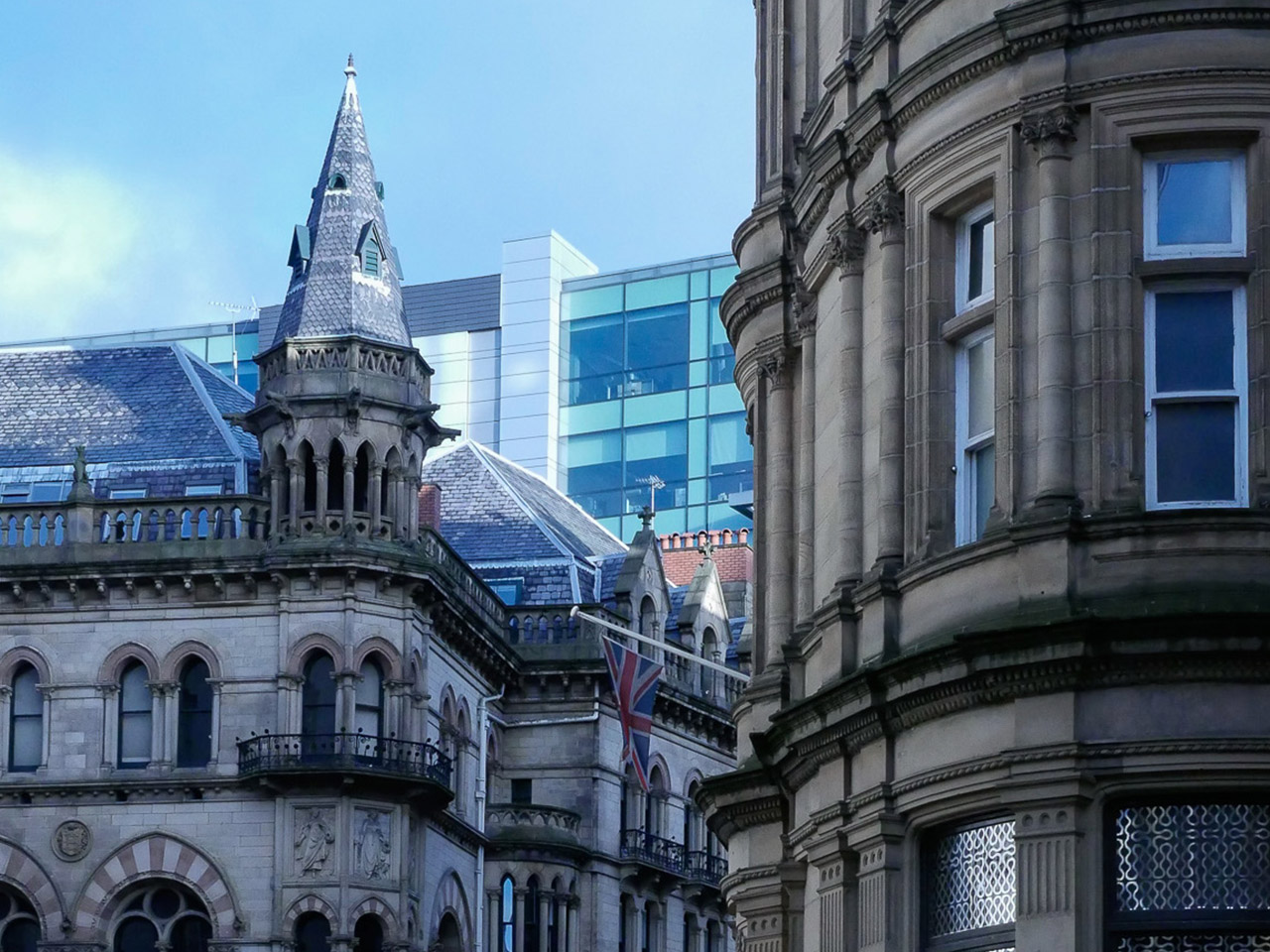 Traditional venues add charm to Manchester, but it’s the modern restaurants and bars that have brought a new found energy to the city. Up in the Northern Quarter, my favourite district in Manchester, Home Sweet Home is the perfect place to start the day with great coffee and delicious variations of Eggs Benedict. Walk off breakfast with a quick visit to Oi Polloi, an independent clothing store stocking everything from Sunspel to Engineered Garments. Dinner at the thriving Tariff & Dale (named after the corner it resides on) consists of authentic sour dough pizzas, local craft beer and cocktails, and is best followed by additional drinks at Kosmonaut or The Whiskey Jar, also on Tariff Street.

Once you’ve explored the Northern Quarter you can amble on over to the Spinningfields District for the best smoked meat in town at Red’s True BBQ and, if you can muster it, a drink at The Alchemist, where cocktails are prepared with techniques that John Dalton himself would be proud of. If you’d prefer a beer, then you’re certainly in the right place.

In the last 10 years I’ve probably visited London 8-10 times (I even lived there for 6 months) and had never considered making the trip to Manchester, which I now regret immensely. It’s time to stop listening to what people have to say about Manchester and make a judgment for yourself, because it’s one of the most vibrant and enjoyable I’ve visited. It’s a city that feels young at heart, with a distinct character and serious appeal, and that’s not just because everything costs half the price it does in London!