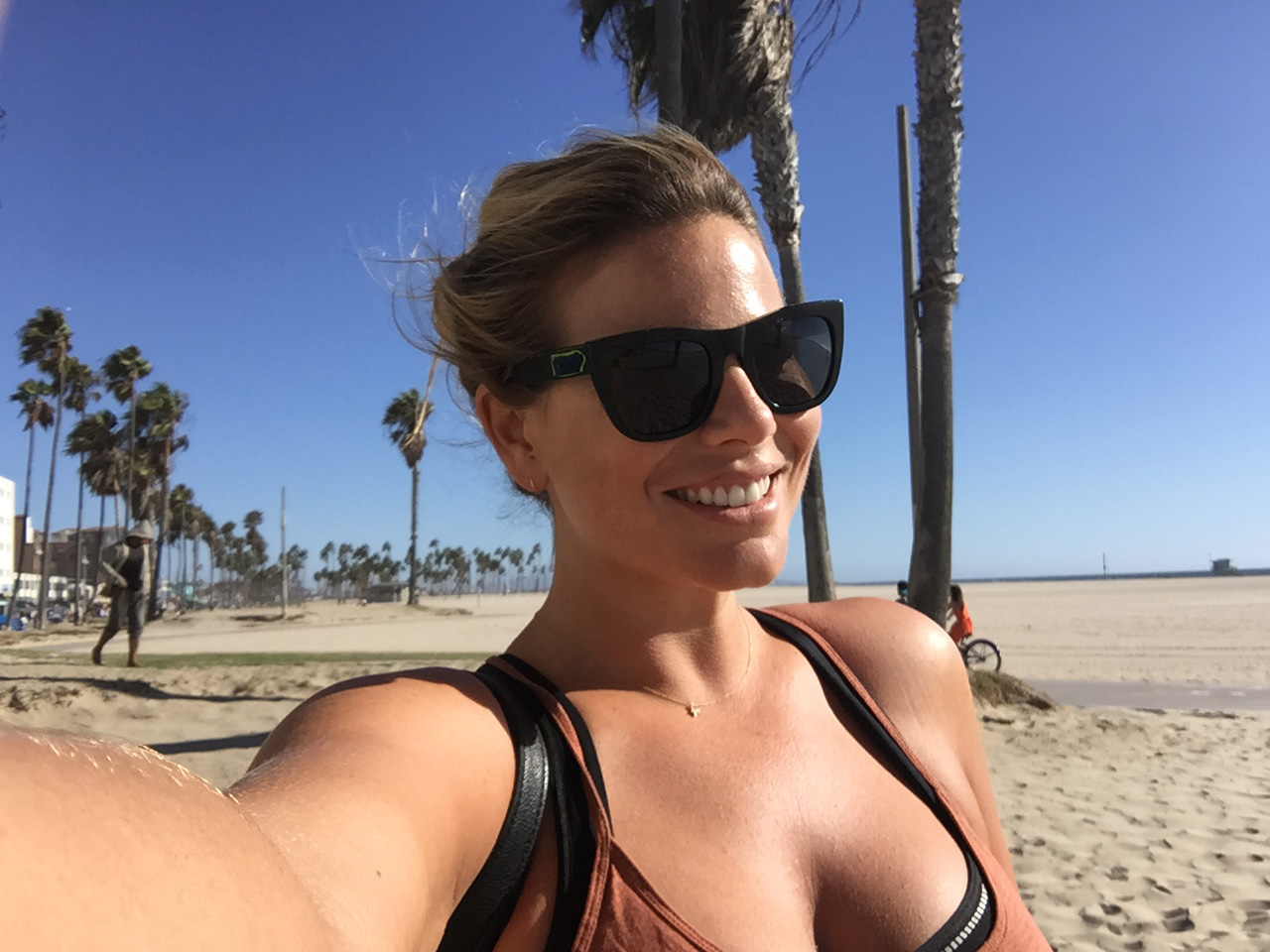 LA is where all the dreamers go and, perhaps that’s what makes the place so damn magical.

I had heard so much about Los Angeles before my first visit there. Over the years I’ve noticed the mass exodus of my creative pals, who have started basing themselves in LA for months at a time. Each visit they’d come back Down Under with tales that really do sound like things out of a movie script.

After being told all of these stories about a place where anything seemed possible, the FOMO set in hard and I decided I HAD to go.

I started dipping my pinkie toe in the cool Californian waters during my regular commutes from Sydney to New York and I quickly found a soft spot for the LA sunshine after flying across the entire Pacific Ocean.

Basically, what’s not to love about the place!? There’s blue skies, palm trees and, because it’s in a desert, it almost never rains so errrrrryday is a beach day which is a total win for me.

The LA you might be familiar with is ritzy hotels and Rodeo Drive – and there’s nothing wrong with that ’cause the luxury shopping is damn excellent – but, if laid back is what you’re after (yes, me too!) I’d say shack up in Venice or Santa Monica.

Both of these seaside spots are quiet enough that you can soak up that endless sunshine, but busy enough that there’s always something else to do.

A fun way to see the LA ocean is to hire bikes and ride along the ocean front. The path takes you all the way from Santa Monica along the water past the famous Muscle Beach and down to Venice.

If bikes are not your thing you can walk or run the track and there’s lots of equipment along the way to add to your workout. But warning, you could get very distracted as everyone in LA is beautiful!

After your workout, head over to one of my favourite food joints in the City of Angels – it’s actually rooted in Australia’s cafe-style approach to causal dining. The Butcher’s Daughter is a healthy outpost offering vegetarian (mostly vegan) fare and juices in a relaxed space. And the coffee’s not bad either.

When you’re sitting there, drinking your fresh juice under the blue sky waiting for your Monterey eggs, it could be any other Sunday in Bondi – except the huge possibility Bradley Cooper could walk past, which makes it infinitely more exciting!

Another cool discovery on my most recent trip was how fun West Hollywood is to stay at. I was unsure of what to expect from this part of town, but once there I felt like I was on the set of Melrose Place – just aesthetically, not because I was living the same plot.

It was here I found myself on the hills of the famous Runyon Canyon almost every day.

I’m not gonna lie, Runyon is a hard slog – and something to be totally avoided in the midday sun – but there’s a few different ways to do the hike and it’s worth it because once up there the views of the city and the iconic Hollywood sign are well worth it! 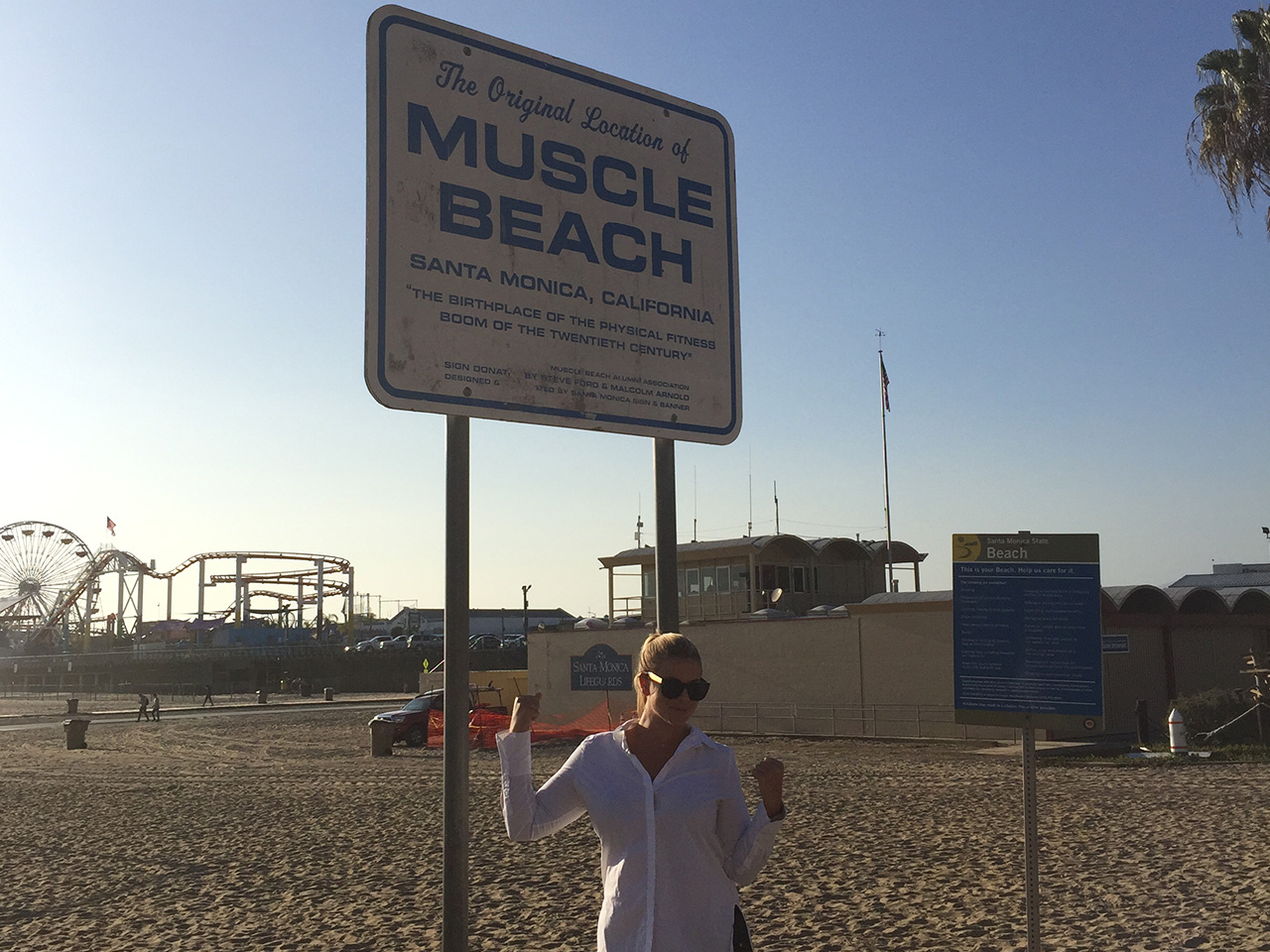 If you do ever find yourself in LA, do yourself a favour and hire a car to get amongst all of the city’s little pockets and surrounding areas. Some parts of town are dodgy, but that kinda adds to the city’s charm, and if you have your wits about you, you can generally feel your way around pretty safely.

If you have time, drive down to Malibu where you can enjoy the beach and pretend you’re on set of Baywatch as you perch next to those white lifeguard towers that speckle the beach.

There are plenty of great walks in that area too. A favourite of mine is the Point Dume walk. It’s a hike best done at dawn where you can catch some incredible views from the various lookouts along the trail.

So, what are you waiting for? Stop just dreaming about that LA trip and get over there already!

Previous post What to See on a Sydney Walking Tour