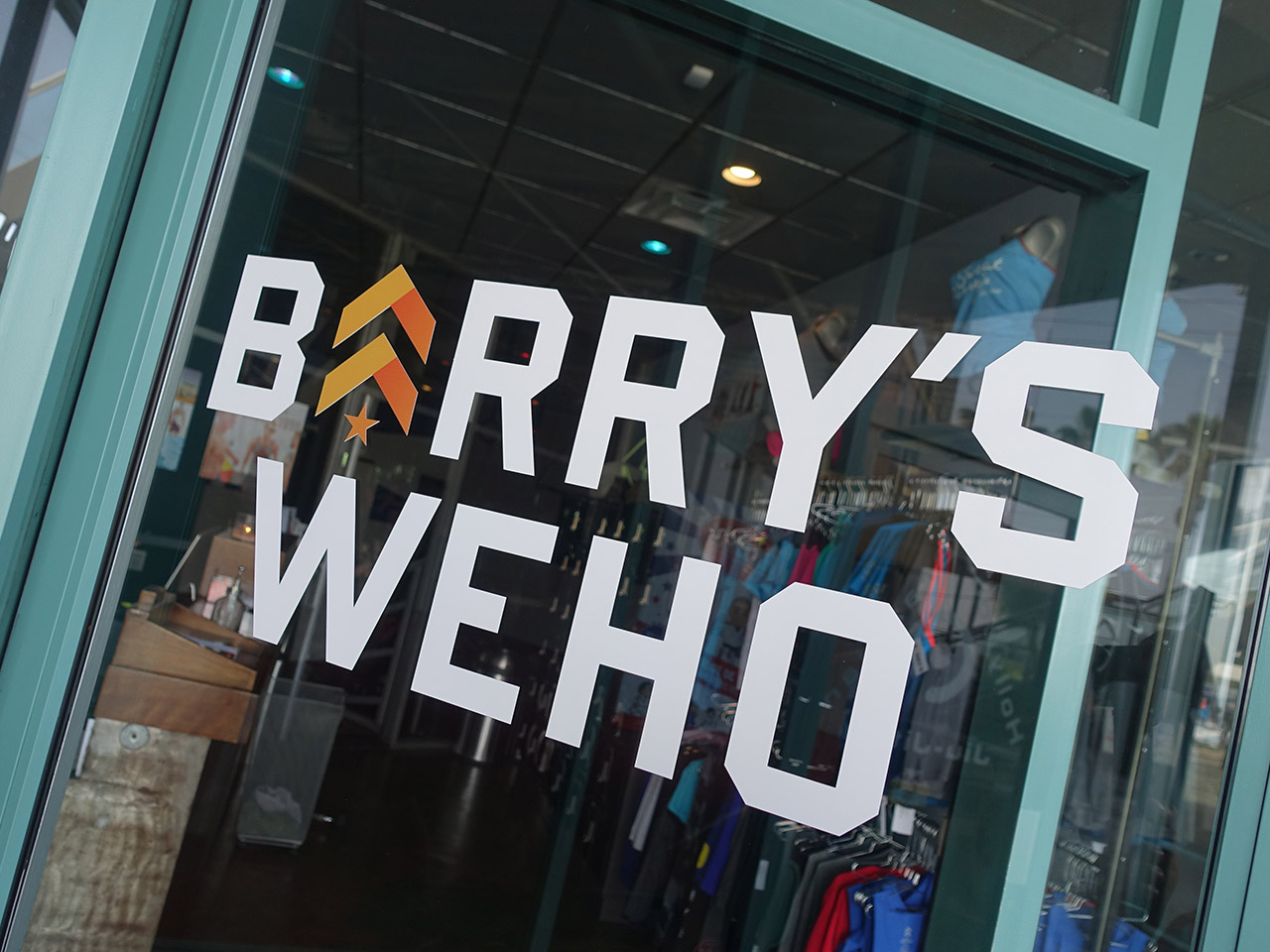 It’s not easy to keep fit and healthy while you’re travelling, especially when buffet breakfasts are involved. If you’re anything like me, holidays are all about letting loose, relaxing, and eating. Lots of eating. Often working out and keeping fit is the last thing on your mind. But if you’re travelling to a health conscious city that’s filled with the most ridiculously beautiful supermodels like LA, you can get a little overwhelmed at it all, and suddenly, you’re reconsidering all those breakfast bagels.

Staying in shape while travelling can be as standard as going to a local gym, but in LA you can take advantage of the glitz and glamour of the city, and work up a sweat while checking out the local sites. You just need to know some of the local secrets that’ll help you burn a few calories in true LA style.

Hiking is a very popular pastime in Los Angeles, often due to a need to escape, albeit briefly, from the concrete jungle of the city. Runyon Canyon is located up towards the Hollywood Hills, and being the closest hike to Hollywood, West Hollywood and Beverly Hills, is one of the more popular spots for the local residents.

Now, I do need to clarify that when I say “hiking” Runyon Canyon, I don’t mean to suggest that it’s in any way an advance level all day activity. Rather, the hikes around Runyon can vary from between 45 minutes round trip to two hours, depending on your ability and route. There are three different paths to take, the shortest being on your right hand side upon entering the gates, and it’s my personal recommendation that you take the steeper path up and the gradual gradient down. While the climb up may be tougher, it’s gentler on your joints coming down, and overall, safer. I’ve seen many a stack and tumble down the often slippery steps and twisting your ankle is the last thing you want on a California vacation.

Runyon Canyon is also a hotspot for celebrity sighting. Hollywood names like Orlando Bloom, Miley Cirus and Ryan Gosling are all regular hikers of Runyon and it’s also the spot where Justin Bieber famously decided to sit down and have a chat with a random hiker not so long ago too. Runyon Canyon is also dog friendly, and hikers can take their dogs off their leash, letting their pets run and explore the area – and boy do they love the freedom too.

Most importantly, Runyon Canyon will give you one of the best views of LA. If you time it right, the sunset up there looks pretty spectacular. Just remember that despite scorching hot days, LA does get very cold once the sun goes down and tourists often get caught out without something to put on after the daylight hours. 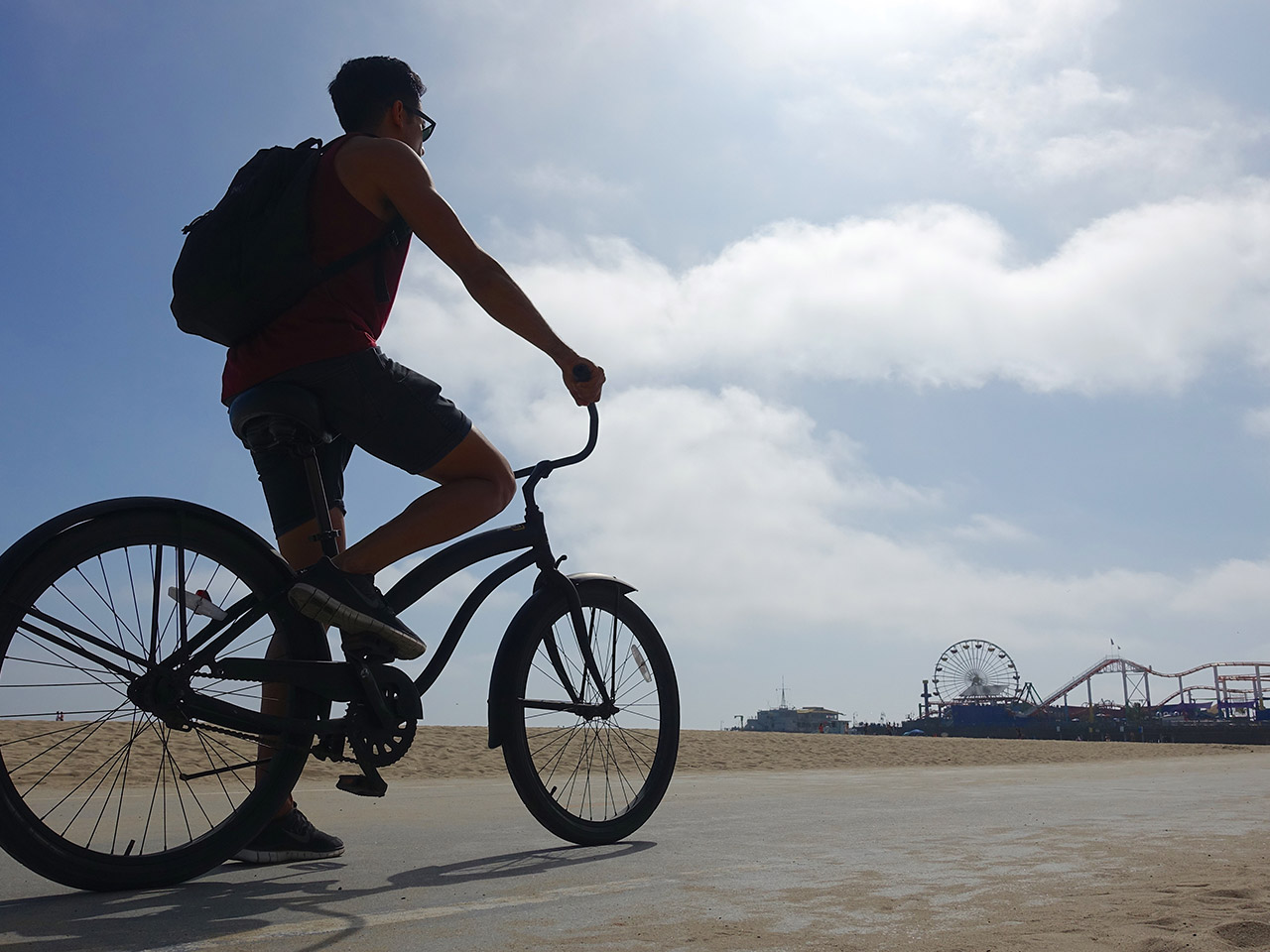 It’s easy to mistake the loud thumping music, glistening sweaty bodies and dark room with red lights as another LA nightclub, but no, this is one of the most iconic fitness names in the United States. Barry’s Bootcamp has a huge following by everyone from Hollywood superstars, to Olympians and the local average Joe – and it’s known for being one of the most intense one hour workouts you’ll ever experience.

In brief, it’s a treadmill and strength training workout in a nightclub/party-like atmosphere. The energy of the class is what this place is known for, as is the fact that it’s basically one crazily intense workout. Trust me – I haven’t sweated like this for quite a while, and you can really tell that your body is being put through the ringer. You’re hopping from treadmill to the floor, using free weights, resistance bands and medicine balls – all while loud music is blasting through the speakers, and energetic trainers motivate you.

You can train where it all started – in Barry’s Bootcamp’s West Hollywood location. This was the very first Barry’s studio, and it’s here numerous celebrities and LA identities work out. If you’re looking to burn up to 1,000 calories in one hour, you can reserve a class online or on the phone, or just pay in person at the studio. And then crawl back to your hotel room to recover for the rest of the day.

On board with Yogaqua at Marina Del Ray

Yogaqua? Yup – it’s yoga, on a stand up paddle board. And it’s fast becoming a massive craze all over the United States. One of the very first places to bring Yogaqua to the shores was by the beach in Marina Del Ray. Now, it’s become a local favourite for Los Angelenos who live by the water and want to reap the benefits of yoga in a challenging outdoor setting.

The session starts with a gentle paddle around the Marina. It’s a really relaxing warm up to get your body accustomed to the water and to the effect that the constantly moving surface of the board requires. After anchoring in a group, it’s pretty much a standard yoga class – stretching and moving your body, engaging your core and giving yourself a great work out.

The best part of doing yoga on a paddle board comes from the additional challenge of constantly switching on your core to keep yourself stable on the water. In doing so, you’re using muscles that you wouldn’t normally use as much in a traditional yoga class. And, if you’re worried about falling in – don’t. It’s not only a great way of cooling off in the refreshing waters, but it’s also a good laugh as well. 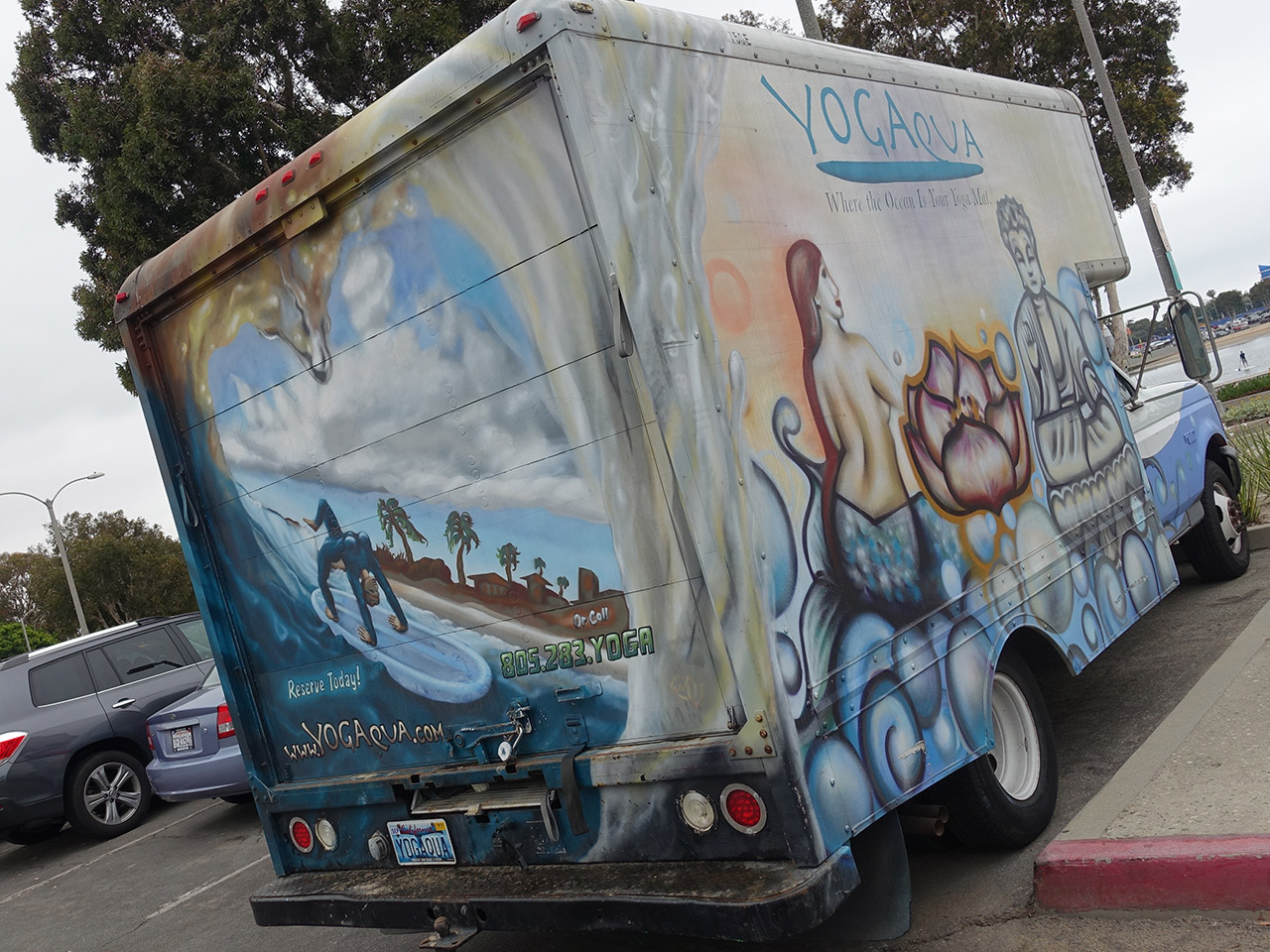 Exploring the Venice to Santa Monica coastline on two wheels

The California coast is some of the most iconic seaside you’ll find in America. And what better way to explore a popular part of it than to hire a bike and cycle along the water. My suggestion would be to start at Venice Beach where there are an abundance of bike hire shops. It doesn’t cost much to get yourself some wheels, with hire shops renting bikes by the day. The best part of the experience is the dedicated bike path all along the seaside route, so you’re on a gentle and easy surface, without having to worry about cars.

All up, the bike ride from Venice to Santa Monica takes around 20 minutes, depending on how hard you push yourself. But you’ll also want to check out some of the sites along the way, including Muscle Beach, the famous home of Arnold Schwarzenegger (and now, many other massively muscular bodies), the outdoor rings and gym set ups, and the famous rope climbs. It’s a hive of activity with a million different ways of exercising. The basketball courts and handball courts are always filled with eager players and there are countless volleyball nets on the sand. If you want to rent surfboards or kayaks, there’s plenty of hire spots along the sand.

There’s no denying Los Angeles is a very good looking city. Everywhere you go, you’ll find incredible bodies, great tans and perfect smiles. But instead of competing with them, you can keep yourself fit and healthy, and more importantly, get out and experience this amazing city in a way that’ll make you happy by throwing yourself into it. Ditch the local gyms, get out of the hotel rooms and shops, and try one of the many local ways of working up a sweat and burning off some calories, before you indulge in LA’s crazy nightlife, and no doubt ruin it all with a margarita and In-N-Out burger. Expedia’s Aussie travellers usually spend 2-3 nights in LA so that’s plenty of time for a few burgers and a workout or two!