Exploring the real Middle Earth: Lord of the Rings Locations in New Zealand 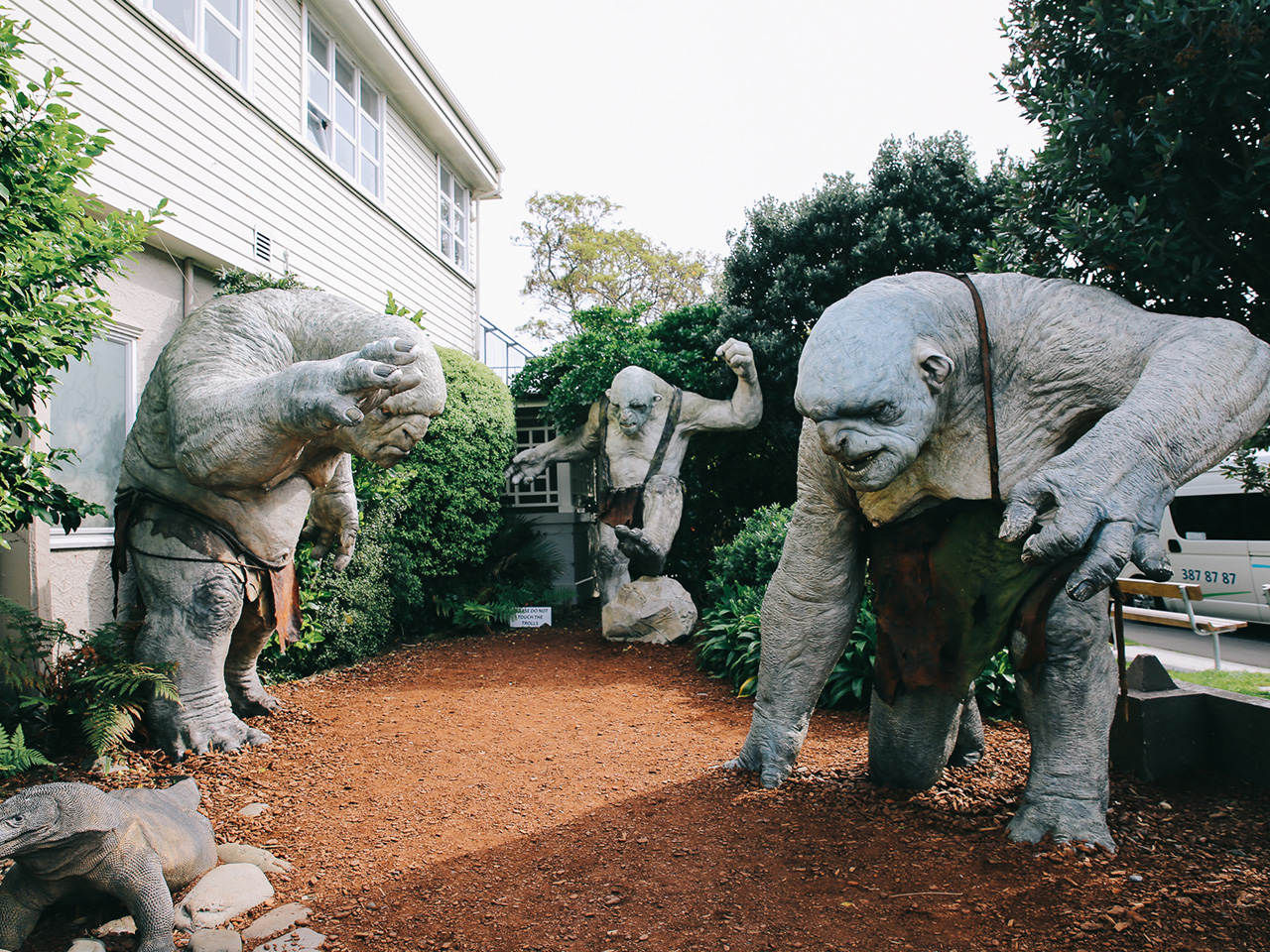 The Lord of The Rings trilogy documented this country in ways that I, even as a local, had never seen before. And since then I’ve become entirely captivated with finding and visiting these entrancing spots.

The LOTR trilogy and The Hobbit were filmed all over New Zealand, featuring many shots of the cascading Southern Alps and wide-open spaces in the South Island. If you’re a fan of the movies, here are a few places worthy of a Lord of the Rings road trip:

The Hobbiton Film Set in Matamata is one of the most charming and magical places in New Zealand. Peter Jackson scouted this location from a helicopter many years before filming began and knew as soon as he saw it that the location was perfect. During the two-hour guided tours, you’ll get to learn about the film set, the props and the filming process. Potter around the village in The Shire, have a drink in the Green Dragon, dance under the Party Tree and visit Bag End. Any true LOTR fan cannot come to New Zealand without visiting this iconic movie set. 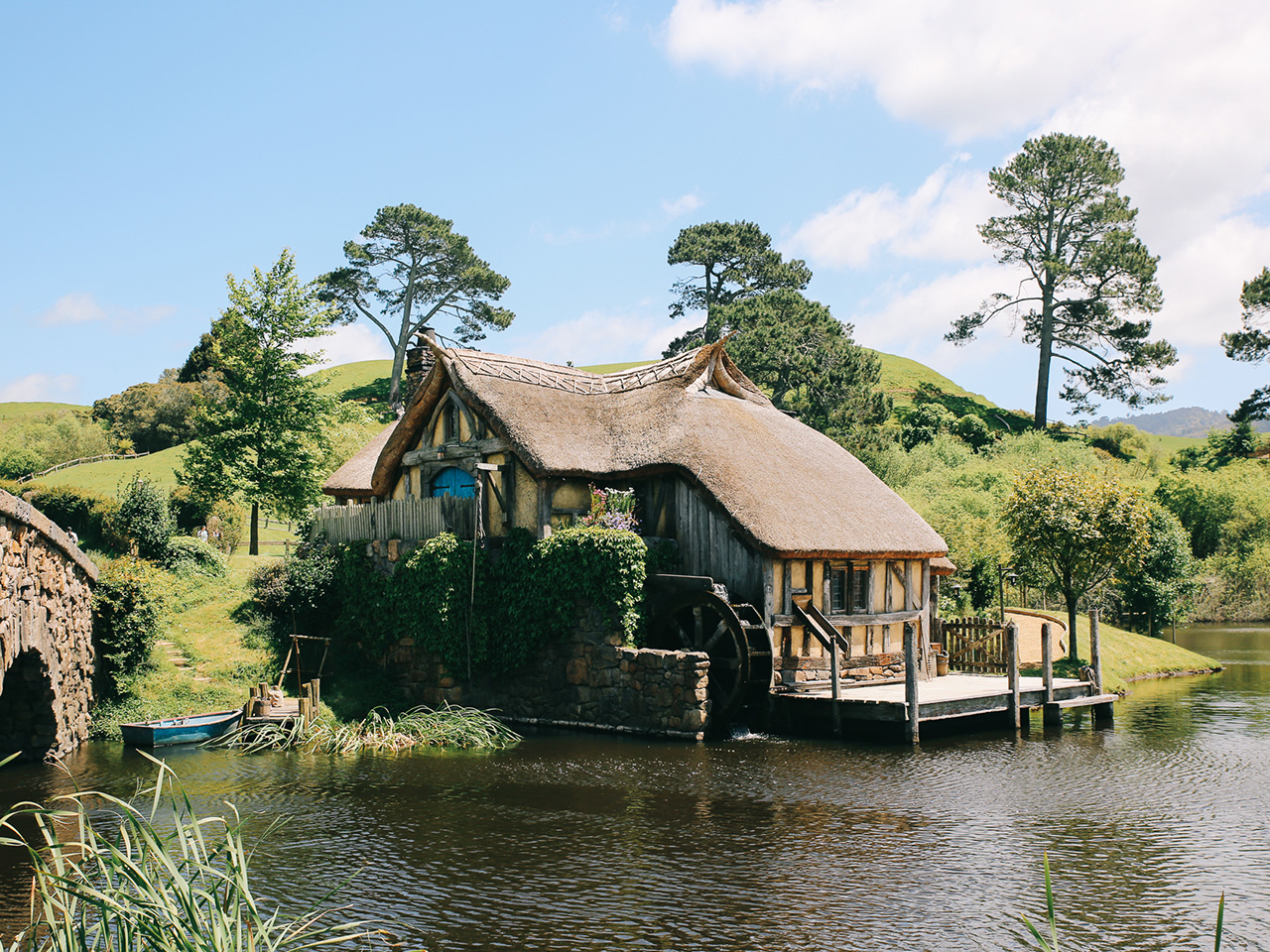 Stretching across the central and southern parts of the South Island of New Zealand, the mighty chain of mountains named the Southern Alps was used extensively in filming The Lord of the Rings. If you’re flying into Queenstown, make sure to grab a window seat to get a bird’s eye view of these spectacular mountain ranges. The many majestic peaks around Glenorchy, Queenstown and Wanaka depicted the Misty Mountains of Tolkien’s Middle Earth. This beautiful region of New Zealand is known for its stunning alpine scenery and Mount Cook, New Zealand’s highest peak, which is snow-capped year around. There’s even LOTR location tours if you want to see a few of the highlights in one day. 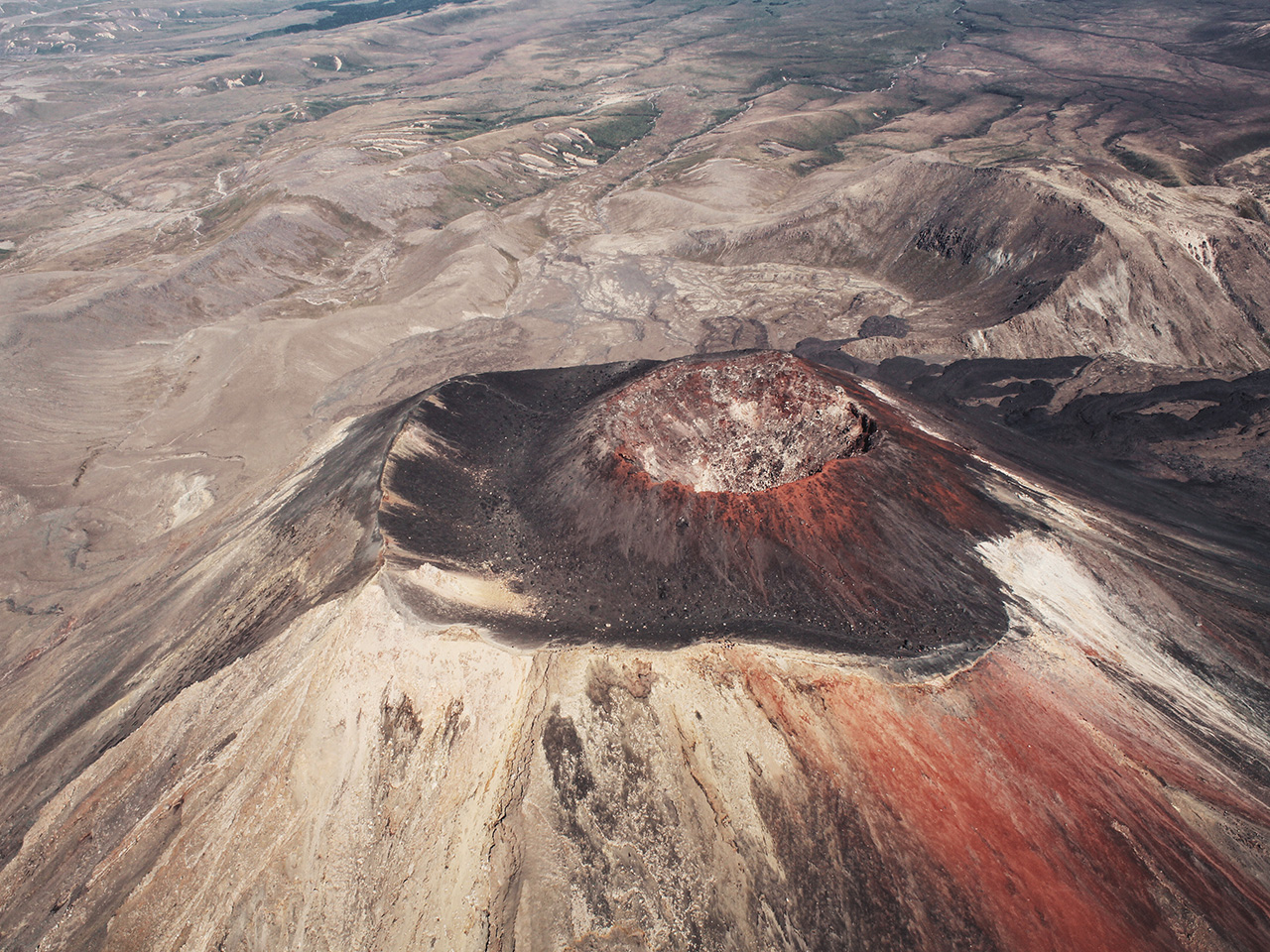 Lindis Pass is a 63km scenic reserve which was featured as part of Fangorn Forest, and is one of the routes traversing the Southern Alps. Driving through the spectacular pass, which links the Mackenzie Basin with Central Otago, is a must do even for non-fans. The route connects Queenstown to Mount Cook and is a spectacular drive all year around. There are several lookout stops throughout the pass where you can hop out of the car to take in the views.

Located near Wellington, Kaitoke Regional Park was the filming location for Rivendell in the trilogy. When filming finished, the entire set was removed but in 2015 an Elvish Archway replica was installed as an ode to the films, and is there for all visitors to enjoy. The area is surrounded by native bush and lush greenery, with camping grounds nearby so that you too can stay overnight in Rivendell. 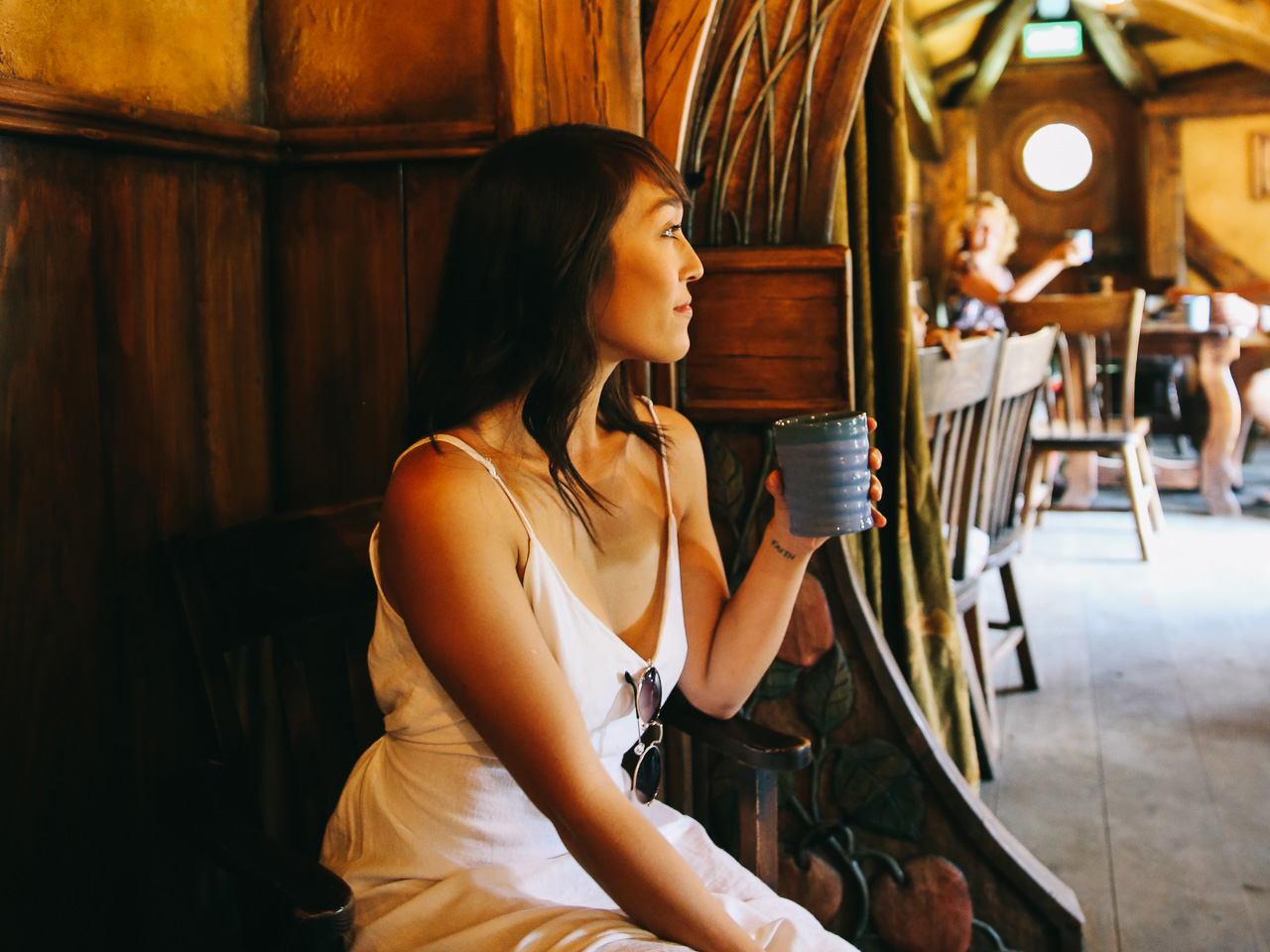 Okay, this stop is not an actual landmark, but if you’re a true film buff, you’ll love The Weta Cave. This mind-blowing mini museum belongs to Weta Workshop, the Academy Award–winning special-effects company that brought the Lord of the Rings and The Hobbit to life. Their world-class props, costume, make-up and special effects were created here in the Wellington studio, where you can learn how they make movie magic on a 45-minute guided tour. Don’t leave without visiting their amazing gift store, filled to the brim with LOTR merchandise. 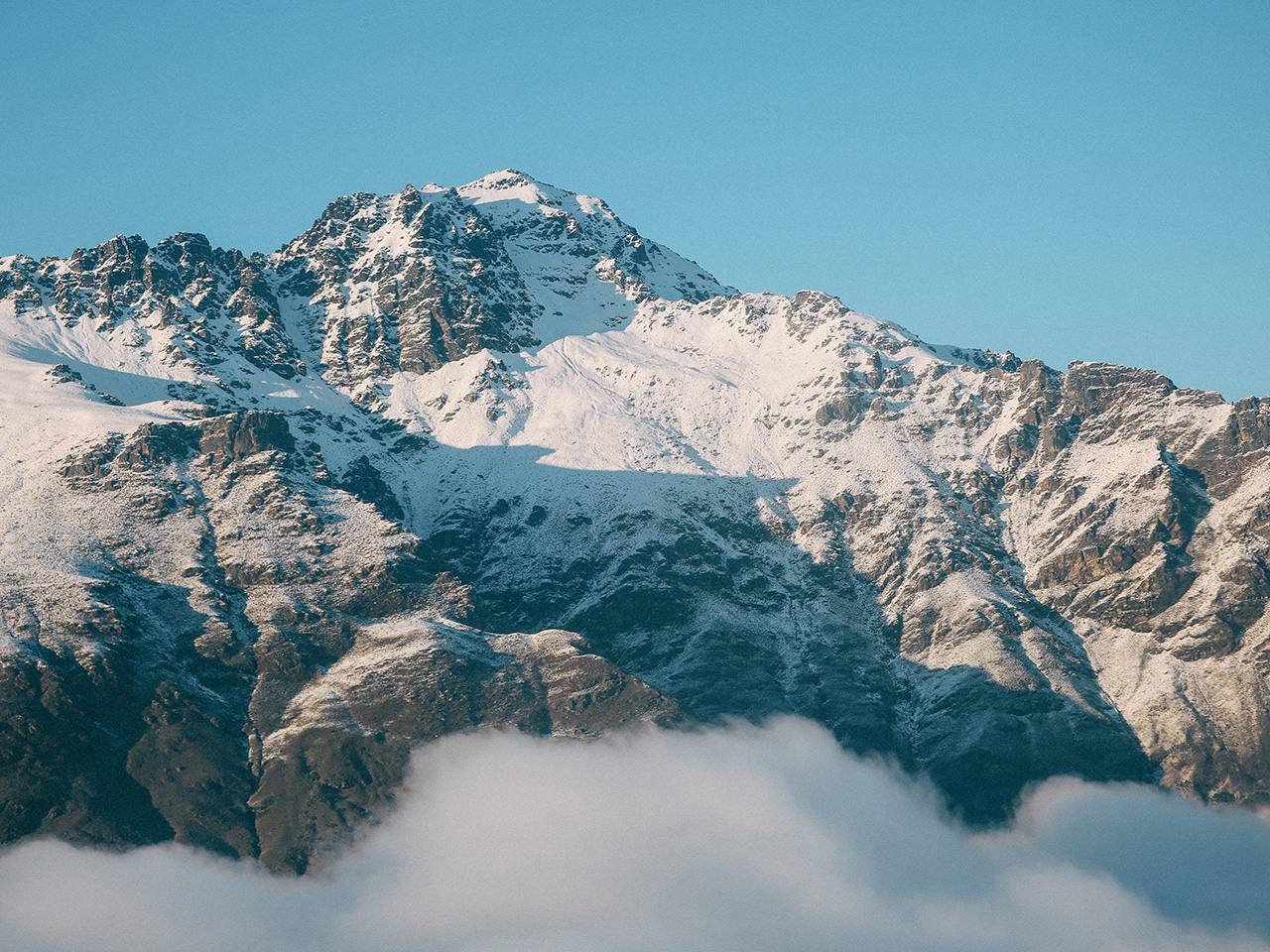 Also known as Mt Doom, Mt Ngauruhoe is located on the North Island inside Tongariro National Park. In real life, Mordor – aka the National Park – is a World Heritage Site and a place of extremes, with everything from herb fields, forests and tranquil lakes to desert-like plateaus and active volcanoes. The Tongariro Crossing is a spectacular 22km hike and while it’s most popular in summer where you’ll get a glimpse of how it is in the movie, you can also do the trek in winter and witness the white-coated volcano in all its glory. Roughly 3,000 people do this hike every day in summer, making it New Zealand’s most popular day hike. If you’re feeling extra fit, you can hike up Mt Doom itself!

About the Author Sophie Chan Andreassend