Living the Island Life in Vanuatu 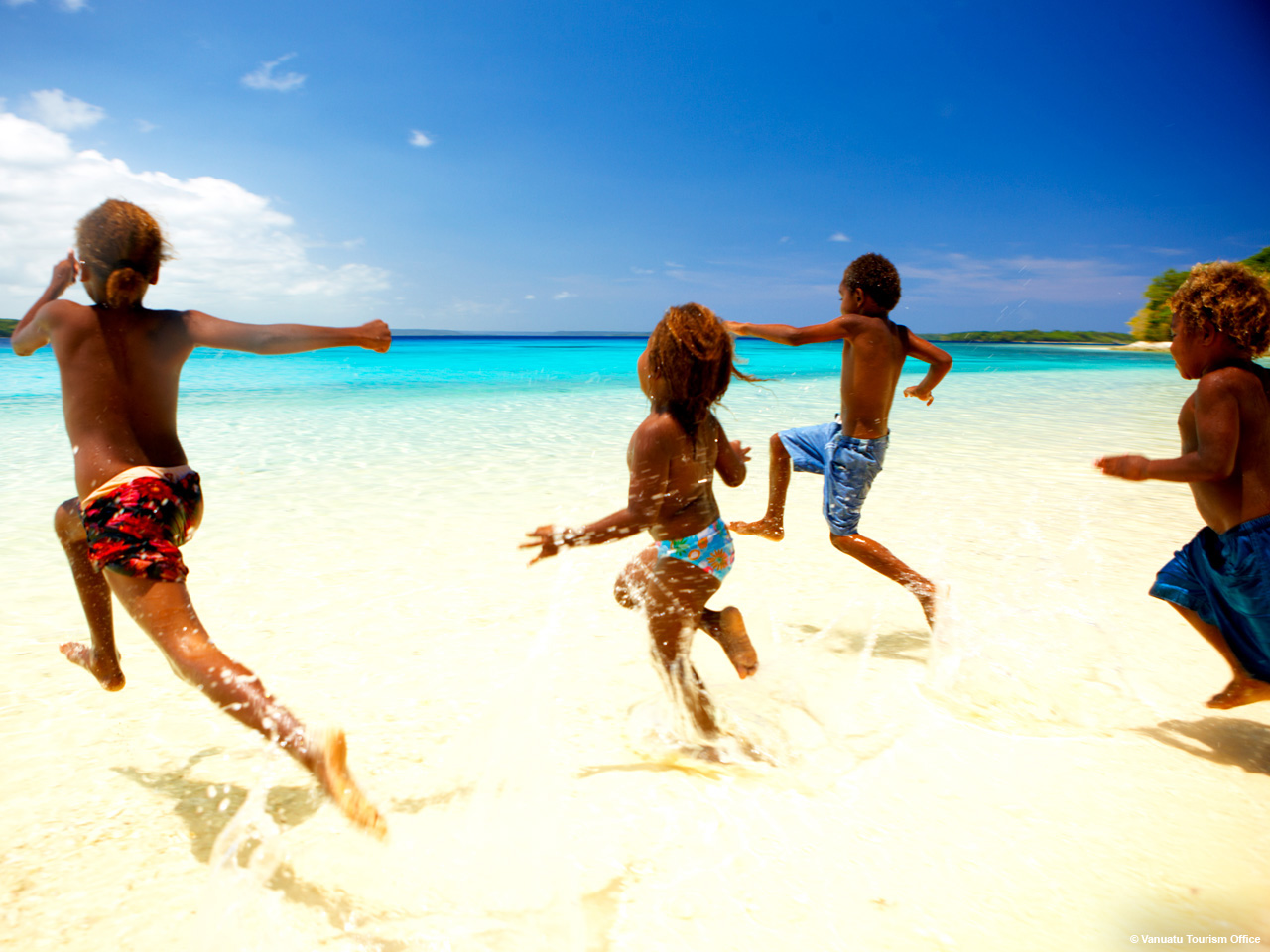 Are you looking for the perfect escape that’s close to home and affordable? Look no further than Vanuatu. If I had just two words to describe Vanuatu, it would definitely be sweet escape. Formerly New Hebrides, an English and French colony, the Republic of Vanuatu is a nation of islands located in the South Pacific Ocean.

Amid its pristine waters and stunning beaches, Vanuatu has culture, adventure and some truly unique experiences to offer. See the most accessible active volcano in the world on the island of Tanna. Dive down to the shipwreck of the S.S. President Coolidge, a luxury liner used in WW11 to carry troops, now off the coast of Espiritu Santo. Hang out with locals in Port Vila, who will tease you about your French and teach you a few tricks.

Since most flights to Vanuatu arrive here, Port Vila is recognised as the centre of tourism. Located on the island of Efate, it’s the nation’s capital city. There’s plenty to do so it’s worth starting your trip to Vanuatu with a few days in the city. Aussie Expedia travellers usually spend around six days in Vanuatu, and almost all of that time is at hotels around the port.

Some of the places you should visit while you’re in Port Vila include:

Mele Cascades: A short drive out of town and you’re in a tropical paradise. It’s a postcard-perfect scene. The beauty of Mele Cascades is you’re free to swim in any of the fresh water pools and you can climb to the top of the falls for a spectacular view. Go in the morning to make the most of the cascades. This way you can swim while the sun isn’t too hot and have lunch by the falls.

Underwater Post Office: Yes, there is such a thing as an underwater post office and it’s located off the shores of Hideaway Island in Port Vila. The world’s only underwater post office is worth a visit. It’s just 3 metres below the surface so pop on a snorkel and duck dive down to send off your mail. Apparently it does a pretty busy trade in postcards. Now wouldn’t it be cool to send a special waterproof postcard to a friend? Just don’t expect express delivery…

Iririki Resort: After a long day touring Port Vila, there’s nothing better than unwinding to the sound of island music with a drink in one hand and a camera in the other. Stop and watch the sunset at a resort that combines scenic views, luxury villas, balmy breezes and gourmet dinners. Iririki is my ultimate tropical paradise. 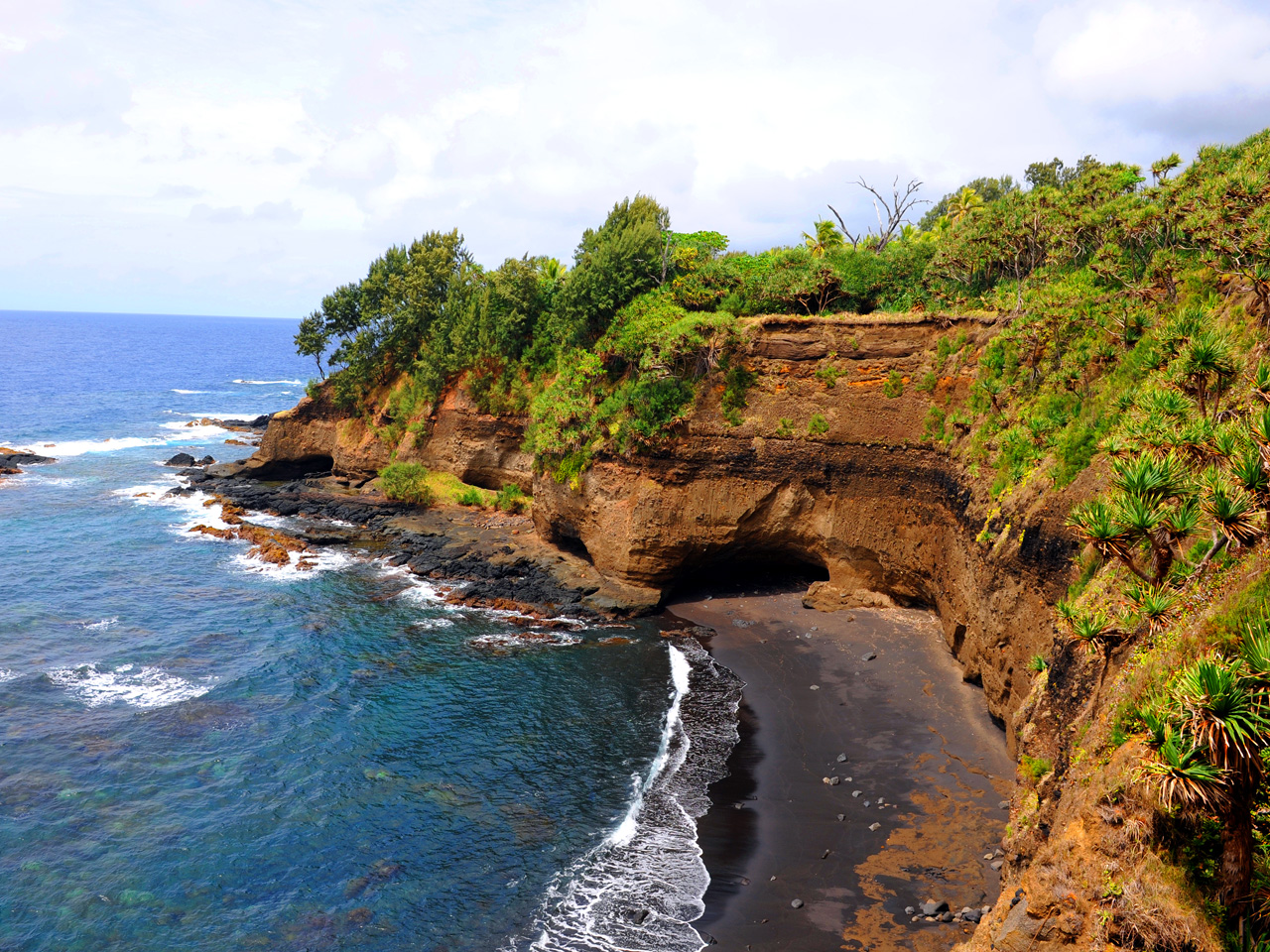 Beyond Port Vila, head to Espiritu Santo, commonly known as the island of Santo. Espiritu Santo is the largest island of Vanuatu and is most famous for its natural beauty and island smiles.

Destinations on Espiritu Santo that shouldn’t be missed include:

Champagne Beach: Champagne Beach is the most popular seaside spot for travellers. Apart from its pristine waters, the beach is well known for its coloured sand.

Blue Holes: Espiritu Santo is worth a visit just to see one of its numerous blue holes. Literally speaking, blue holes are underwater sinkholes or vertical caves. If you only have time to see one, the magical deep blue hue of Nanda Blue Hole is breathtaking. You can also kayak to other holes on the island, and paddling through lush tropical rainforests is a fun, family-friendly experience.

Millennium Cave: For the adventurous, a visit to the Millennium Cave is an experience to behold. To get to the cave, you’ll cross bamboo bridges and trek through the jungle, but the stunning waterfall on the way out is well worth the trip.

It’s good to know that while many travellers frequent Vanuatu, the locals don’t take advantage of their tourist dollar. Instead, they concentrate on working hard to provide all visitors with a memorable holiday. All in all Vanuatu is an oasis of natural beauty, warm smiles and old fashioned hospitality.

Next post Live and Local: Music in New York

The 5 Best Scuba Dives in Fiji