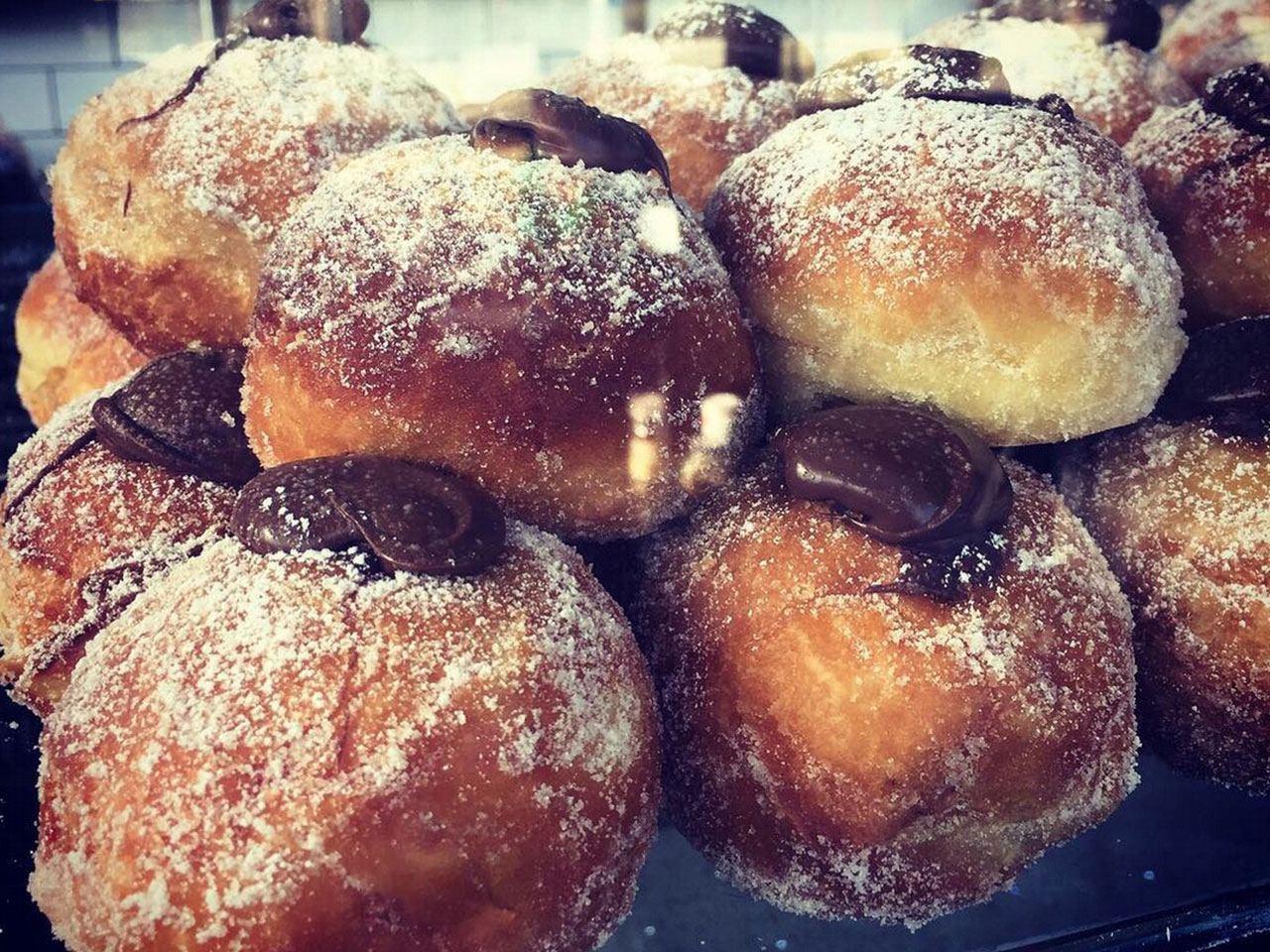 Flour, butter, oil, yeast and sugar. Five simple ingredients are all it takes to create one of the world’s most universal desserts, but these days the doughnut has gone from a simple deep fried dessert to a culinary delight. From the markets in London to the beaches of Sydney, here’s our guide to the best doughnuts around the world.

Australians love Nutella. At around the same time Melbourne was experiencing a city-wide shortage of the sweet spread, this new Sydney cafe was generous stuffing its sugar coated doughnuts full of the stuff. The Tella Ball was born. And what followed was an Instagram-fuelled frenzy of Sydneysiders lining up for this sugar hit. And then there was the Tella Shake – a chocolate milkshake with a Tella Ball stuff on the straw. Expect to line up early for one of these babies but it’s well worth the wait.

Justin Gellatly first began making doughnuts while working as the pastry chef at acclaimed London restaurant St Johns. After baking the bread for Kate and William’s royal wedding, he branched out with baker Matt Jones, and set up a doughnut stall at London’s Borough Market. He’s nicknamed his large, plump custard-filled doughnuts “custard grenades” and sells out of around 2,000 doughnuts every Saturday. Their staff are chased between the bakery and their market stall but no amount of bribery will get you a doughnut early. Line up and hope for the best. Flavours change daily and are worth the wait.

Michael James is the chef behind this hole-in-the-wall bakery in South Yarra. His team is kept busy baking artisan sourdough, sausage rolls and pastries, but it’s the doughnuts that have put Tivoli Road firmly on the foodie map. James was the first Australian chef to bring Dominique Ansel’s cronut to our shores – naming it the dossant. The doughnut/croissant hybrid had people lining up down the street. These days the more traditional, custard-filled doughnuts are back in fashion. Arrive early if you want to try the legendary salted caramel doughnut, although lemon curd is definitely a good consolation prize. The Como Melbourne is literally right around the corner so if visiting, stay there and you won’t miss out. 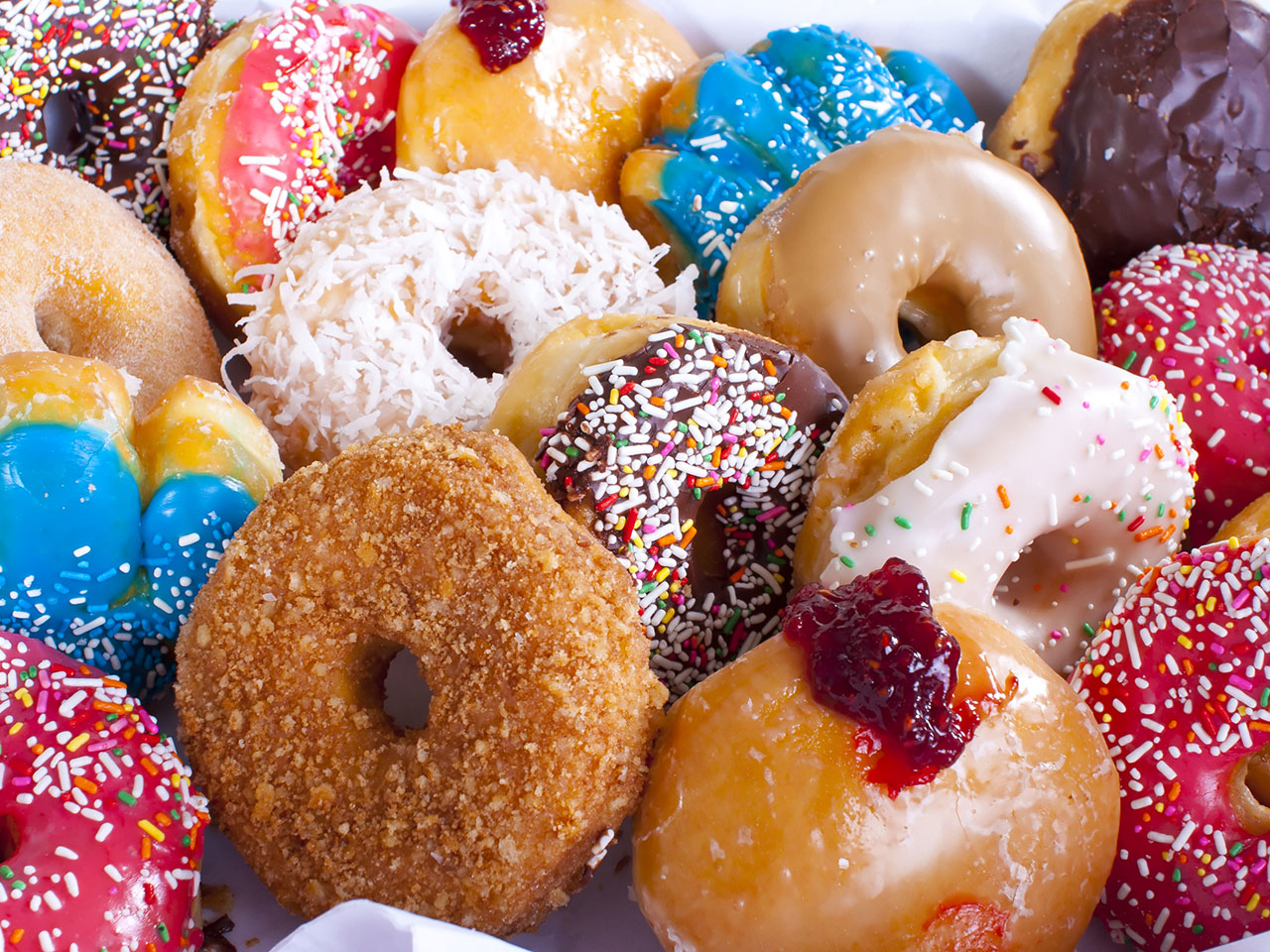 Café du Monde’s famous powdered sugar beignets are not technically a doughnut, but the deep fried, square shaped treats deserve a spot on this list. Located inside the historic French Quarter, Café Du Monde started life as a coffee stand back in 1862 and is one of the top tourist destinations when in town. Luckily, it’s open 24 hours a day so you can pop in after visiting a few jazz bars nearby. The Omni Royal New Orleans is a beautifully restored boutique hotel nearby – grab your beignets and sit out on the hotel’s wrought iron balcony to watch the world go by.

Immortalised by cartoon characters and police cop movies, the American doughnut is almost a national icon. If you’re in New York and you want to try a glazed doughnut, make a beeline for the Doughnut Plant. Mark Israel’s Lower East Side bakery has a cult status among locals, who line up for his decadent take on the humble doughnut all year round. Mark first started his doughnut business by baking all night and delivering to delis around town on his bike. These days, the Doughnut Plant sells everything from strawberry glazed and jelly filled to carrot cake and crème brulee doughnuts. You’ll find plenty of Doughnut Plant stores around town but a trip to the original store is a pilgrimage of sorts for any diehard doughnut fans. The James Hotel is also on Grand St – you’ll work up an appetite on the easy 20 minute stroll from your hotel to your breakfast. 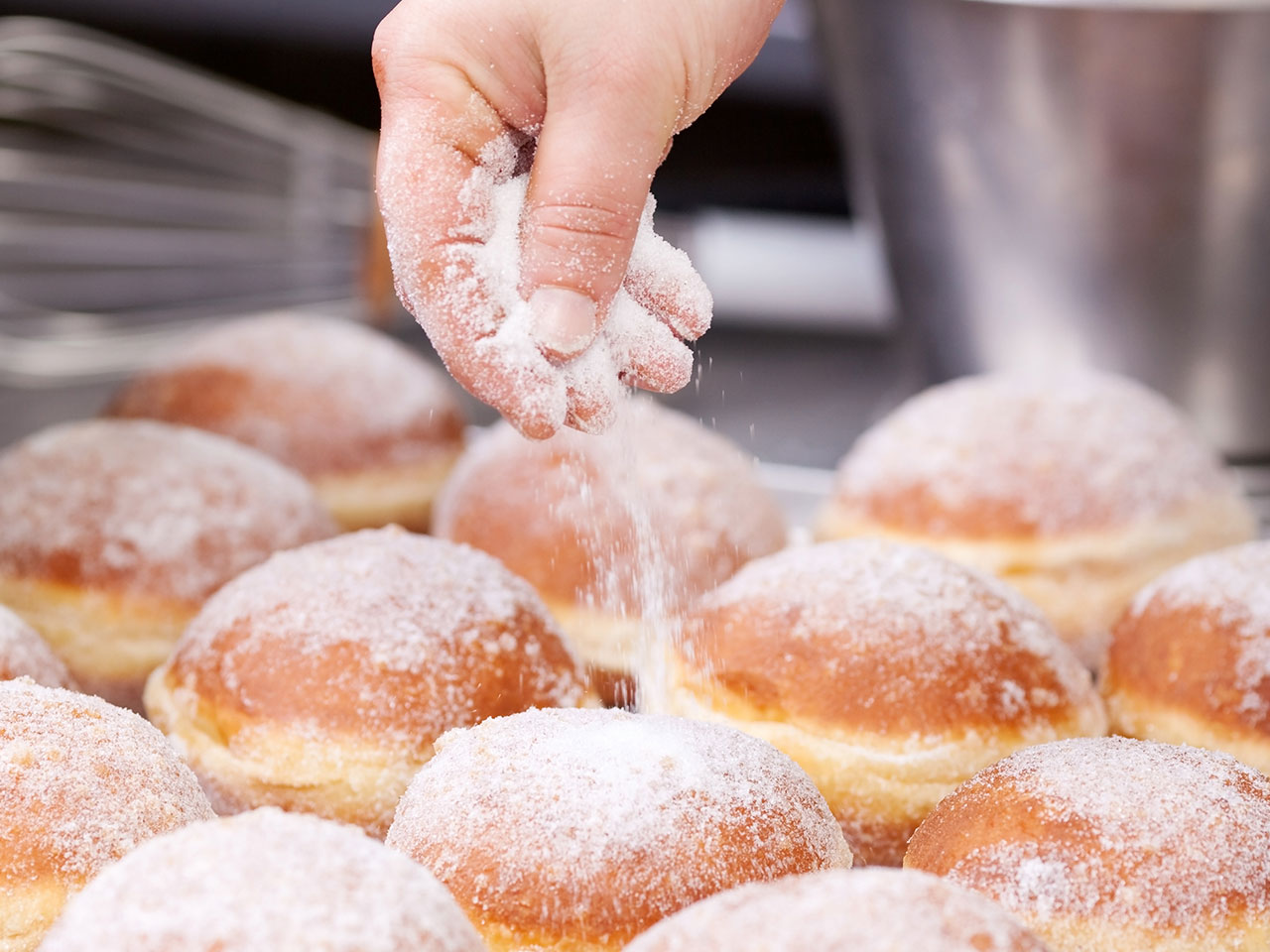 Tara Brogan’s cute Ponsonby Central café  in Auckland is drawing in the dessert crowds with a decadent doughnut dessert that’s hands on in a whole new way. Foxtrot’s Original Inject-your-own doughnuts are served with whipped cream and a vintage syringe. The syringe is filled with your pick of sauce – salted caramel, berry coulis, bay leaf infused custard or Valrhona chocolate. Injecting your doughnut is almost as satisfying as eating it. Almost.