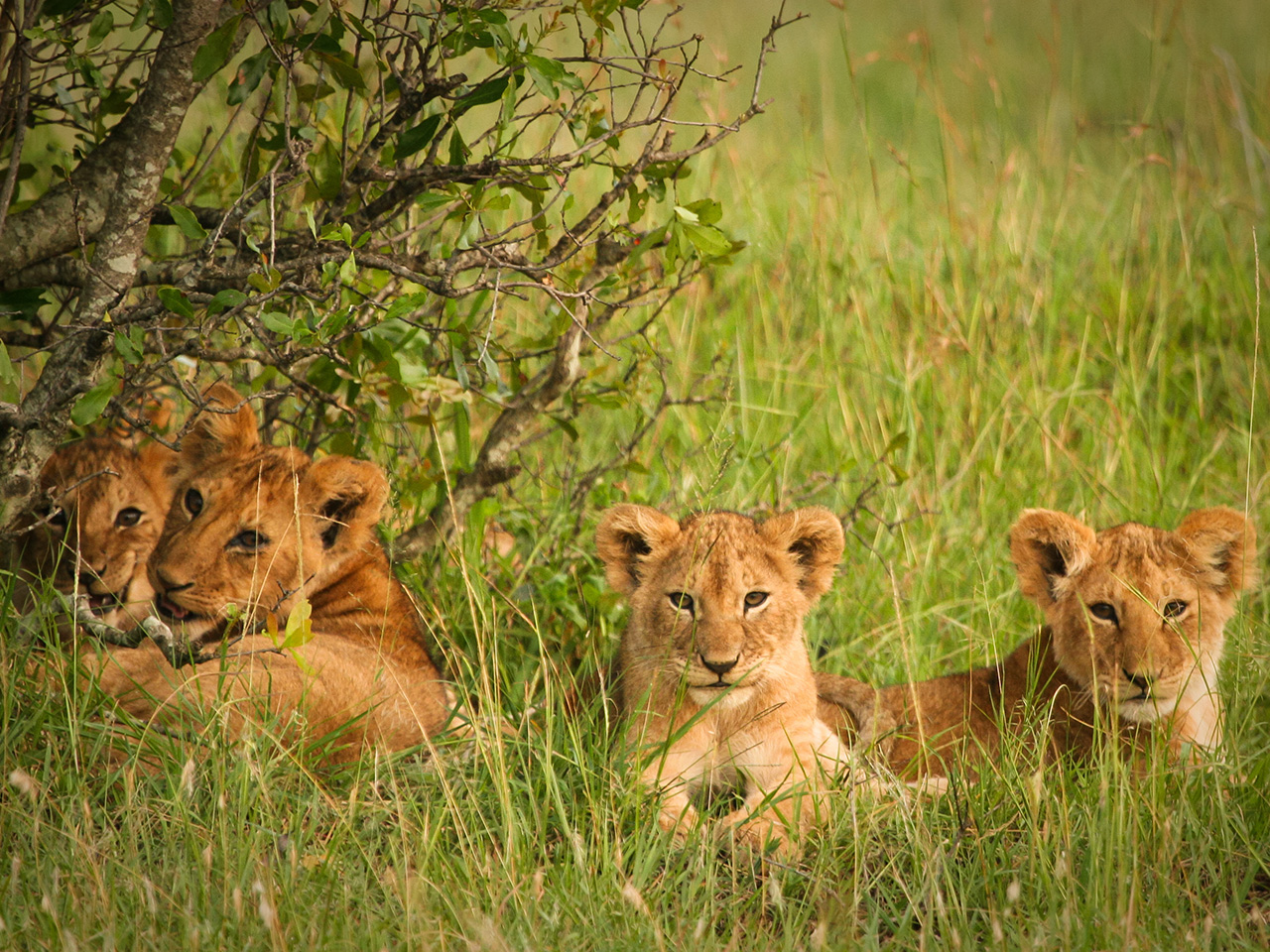 Answer the call of the wild! Whether you’re a lemur lover or a flamingo fan, here’s the Listopedia Wildlife Watcher’s Bucket List.

Are you seeking an adventure where the wild things are? With its towering ancient trees and enchanting chorus of forest birds, the exotic Indian jungle is home to the Bengal Tiger. With fewer than 5,000 tigers left in the wild, it may seem like a long shot to lock eyes with a majestic Bengal tiger outside the zoo, but the good news is there are several tiger safari companies in India that lead expeditions through the lush Indian jungle in search of tigers. If you’re planning a trip, it’s best to visit from November through to June before the monsoons hit. Many of the national parks close down during the wet season.

Pull on your snow boots and head to the frozen and windswept plains of Antarctica to view a symphony of penguins shuffling awkwardly across the ice. It’s a well noted fact that the penguins don’t view tourists as a threat, so it’s common to be approached by a penguin, not with caution, but with great curiosity. The Emperor Penguins take great delight at watching tourists snap photos of them, taking in the bright jackets, big boots and funny hats – I don’t think it’s a stretch of the imagination to say the penguins actually smile for the camera. After several moments of posing for the camera, some of the penguins tire of the attention and they drop to their bellies and slide away.

We all have moments where we wish we could turn back time, one of mine is definitely when I was at Heron Island and came face to face with a huge Manta Ray. My friend and I were kayaking across the reef and decided to jump off our kayaks and go for a snorkel. As soon as I jumped into the water I saw a huge shadow swim up towards me, as it got closer I realised it was a manta ray. It wasn’t shy, it kept swimming towards me and out of fear I scrambled back onto my kayak hoping to view it from a safer place. I was disappointed because it did a somersault and swam back to the depths beneath, not to be seen again. Knowing what I know now, I should have stayed in the water, for that was a once in a lifetime opportunity. Manta Rays are renowned to be very curious and charismatic, not afraid to swim right up to you. For any diver or snorkeler who is fortunate enough to see a Manta Ray, you won’t be disappointed.

Take a wildlife adventure out onto the plains of Africa and head to Masai Mara, where the density of lions may just be the greatest on the continent. There’s a high chance you’ll catch up with a small pride of lions somewhere along the journey. Keep an eye out for the mother lion looking on with what seems like not a care in the world, as her baby cubs playfully rumble in the grass.

No one will argue that the best place to watch elephants is in their natural environment, or as close to it as possible. Sadly due to natural habitat loss this becomes more and more difficult. If you want to experience these beautiful creatures, there are many sanctuaries and reserve camps you can go to that allow elephants the freedom to roam and feed as they please, ensuring that the needs of the elephant come first – not the tourists. If you have your heart set on riding an elephant, there are a few places in Thailand that offer an ethical environment to the Elephant – one that comes to the forefront of my mind is Baan Chang Elephant Park. http://www.baanchangelephantpark.com/

The Galapagos Islands are a wildlife-seekers paradise and are home to one of the finest ecosystems on the planet. Secluded from the mainland for thousands of years, some of the most eminent animals in the world evolved here, including giant tortoises. The Galápagos tortoises lead a relaxed and un-hurried life, which may be the reason they live anywhere from 110-150 years old. Their days are spent casually grazing on grass, leaves, and cactus, lounging in the sun, and napping nearly 16 hours per day. Sounds like the idyllic life doesn’t it!

For the ultimate wildlife adventure, take a trip to either Churchill in northern Canada or the Svalbard islands near Norway and go in search for the very symbol of the Arctic — the polar bear. Watch these majestic creatures in their natural habitat as they hunt for food, playfully wrestle or drop to their backs for a lazy afternoon snooze. Polar Bears are quite curious by nature, so there’s a high chance they will wander up to your tour car – keep your cameras ready. With the dance of the northern lights, spectacular glaciers, a rich array of wildlife and stunning natural scenery, an expedition to the arctic is worth the trip.

In the Malay language Orang-utan means “man of the forest”, and with their big brown eyes and cheeky nature, these inquisitive beings have captured the hearts of many. They live in the tropical rainforests of Sumatra and Borneo, though due to logging their habitat is dwindling and sadly so is their population. An encounter with an orang-utan in the wild remains one of the world’s great wildlife experiences. To witness orang-utans playing in their natural habitat, visit one of the wildlife sanctuaries, where orang-utans enjoy thousands of acres of natural reserve. They generally have a network of well-laid-out hiking trails, and resident guides who will help you to spot wild orang-utans.

Throw on some scuba gear and take a dive with the Grey Nurse Sharks at South West Rocks in NSW, Australia. These gentle giants are often forgotten, for their size and snaggly grin makes them look fierce, however they’re the polar opposite, being gentle, timid and even a little curious. It’s because of their fierce look that these gentle creatures were ruthlessly killed, bringing the species close to extinction. Thankfully in 1984 they became protected, although the population is still recovering.

High up in the canopy of the Madagascar jungle lives the endangered Indri, black and white in colour, and the largest species of surviving lemurs. The Indri is well known for its exotic yet eerie song that echoes through the jungle and can be heard for more than 2km away. The Indri is active and playful during the day; swinging from branch to branch feeding on fruits and leaves. Due to deforestation, hunting and illegal logging, lemurs are now one of the most endangered species on the planet. David Attenborough described Madagascar as “an unrepeatable experiment”, adding, “How tragic would it be if we lost it before we understood it?”

One of the world’s most beautiful birds resides in Papua New Guinea. The Bird of Paradise is well known for it’s distinctive plumage. There’s several different species and they’re all hard to spot. Their elaborate courting rituals are almost impossible to see but well worth the wait – photographers have been known to climb trees, sew their cameras into leaves and wait for weeks to capture the perfect shot. The national bird of Papua New Guinea is the Count Raggi’s bird of paradise.