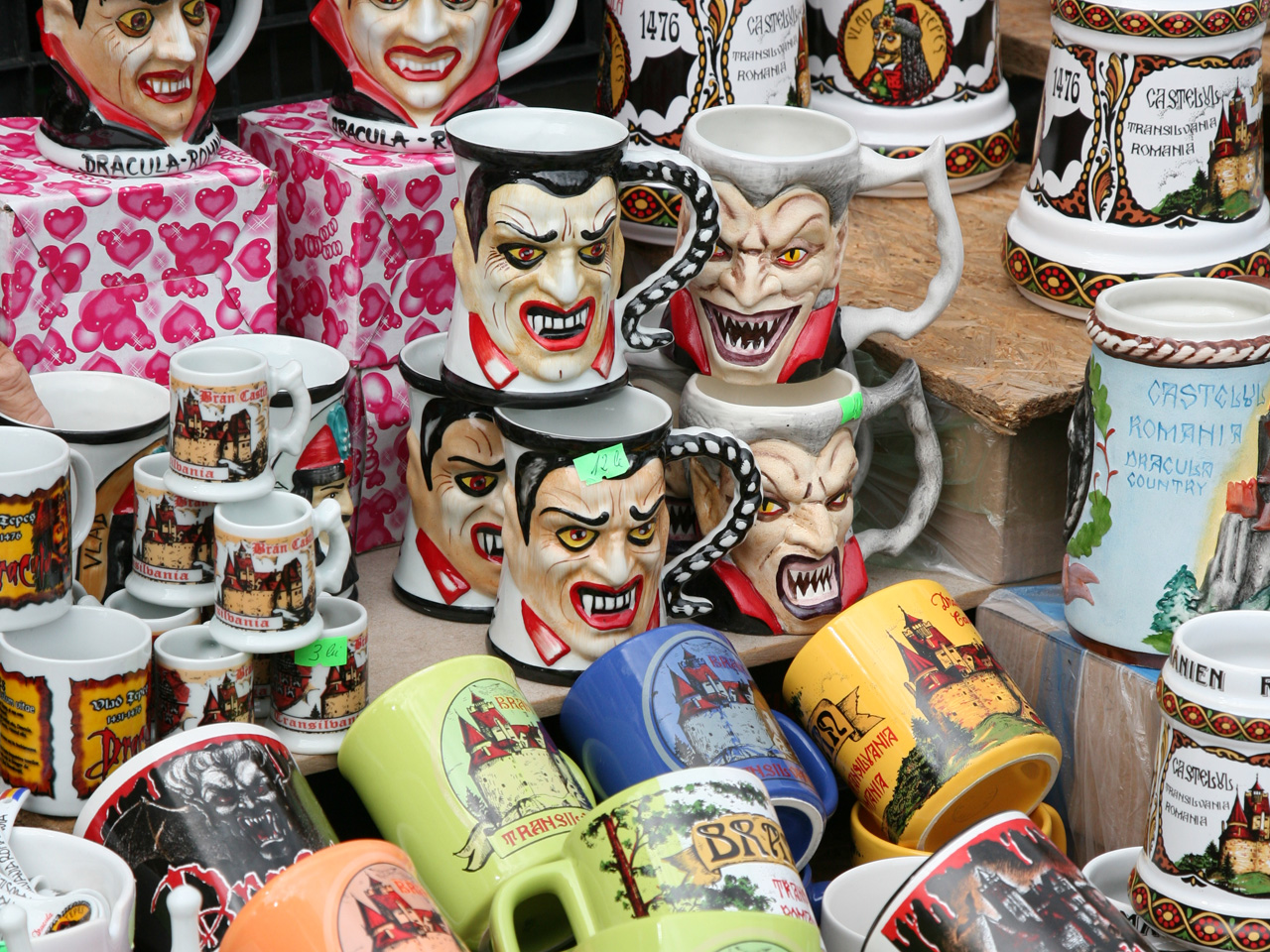 Is your favourite month of the year October? Halloween is just around the corner and it’s not just the Americans who get to have all the fun on this spooky holiday. Here’s our Listopedia Bucket List on how to spend Halloween and where to visit for year-round scary thrills.

Before there were teenage vampires running around Hollywood, Count Dracula was immortalised in movies, books, cartoons and television. His historic home, Bran Castle, is on the tourist trail for almost anyone visiting Romania and is linked to Vlad III (the original “Dracular”). The kitsch factor is high – expect Dracula mugs, t-shirts, tea towels, pens, anything and everything, at the foot of this fortress and a tour of the inner keep isn’t too creepy, but it’s something you’ve got to do once.

Salem is famous for its witch trials held back in 1692. Today, Gallows Hill is a sports field, but don’t be fooled, this was the site of numerous public hangings. Take a haunted tour, visit a graveyard where witch trial judge John Hathorne lies, or have a real Salem witch take you on a tour and learn about spells, voodoo dolls, love potions and curses – if you dare.

Sedlec Ossaury is about an hour’s drive from Prague but a world away from the fairytale castle and cobblestoned streets of the bustling city. The Roman Catholic Chapel is like no other – home to more than 40,000 pieces of human bone sculpted into a macabre masterpiece. Skulls are strung high above your head, looping above a giant skeletal chandelier, Cherubs perch on candelabra towers built by bones, there’s even family crests composed completely of smaller fragments.

Built somewhere between 3000 and 2000BC, archaeologists found a prehistoric burial ground and cremated remains in the bank surrounding the enormous circular stone structure. The stones weigh between four and fifty tonnes and would have taken at least 100 men to hoist using just leather ropes. There is speculation about whether this is an ancient burial site, an astronomy site for celebrating the cycles of the sun and moon or a place built for worship.

The Catacombs of Paris are one of the spookiest sites to visit, but for those who like a bit of underground haunting, these are some of the best catacombs in the world. The labyrinth of tunnels stretch 300km and hold the remains of 6000 Parisians, but millions of bodies were moved here, their bones used to create elaborate walls and pillars of skulls. This disrespect of the dead is said to be the reason this place is so haunted.

Day of the Dead, Mexico

All those painted skulls might scare some people during Mexico’s Day of the Dead celebrations, but they’re not meant to. November 1st and 2nd are a national holiday in Mexico for families to get together to remember loved ones, in a nod to the Catholic holiday of All Saints and All Souls days (the day after Halloween). You’ll see private altars with sugar skulls and the deceased’s favourite foods or personal possessions. It’s also celebrated in Spain and Brazil.

Taking a cemetery tour in New Orleans, depending on your level of superstition, is either spooky or just fascinating. At St Louis Cemetery Number 1, just outside the French Quarter, it’s a little of both. The bodies of thousands lie cremated in these above-ground ovens and family members are still added today (dead ones, that is). Voodoo practitioners also make their way here to pay respects to Voodoo Queen, Marie Laveau, marking her tomb with lipstick XXX’s.

Once the grandest ocean liner in the world, the Queen Mary steam ship has retired at Long Beach and is considered one of the most haunted sites in America. If you’re not too freaked out, book a paranormal tour with a professional and wander about the ship in search of ghosts, with the help of a handy ghost detector gadget! Or you can just have dinner in the one of the many restaurants – and if you dare, spend the night in one of the cabins.

Regional Victoria may be home to quaint farms and friendly towns, but there’s a past behind those picket fences and old school lolly shops. Beechworth is home to the abandoned Mayday Hills Lunatic Asylum, which held 1000s of troubled souls between 1867-1995, and is now considered one of the most haunted destinations in the country. Join a Ghost Tour and make your way through the maze of buildings, the silent, spooky grounds are full of stories, just remember to stick close to the group.

The Tower of London

Built in 1078 by William the Conqueror as an oppressive symbol to Londoners of the new ruling elite, the Tower has had more than its share of secrets and scandal. Surrounded by a moat, it has served as a royal residence (many kings, queens and princes have been locked in the tower), a prison where executions were carried out, and today it houses the Crown Jewels. Keep an eye out for the six resident ravens, their presence said to keep the nation from falling.