Listopedia: the best desserts in Sydney

It’s no secret that Sydney has it all when it comes to good food, and for those with a sweet tooth amongst us, you’re certainly not forgotten about. Make the most of that ‘dessert stomach’ and work your way through our Listopedia of top tasty treats Sydney has to offer – from cake counters stuffed with sweets to the bar alongside those famous harbour views, there’s always room for dessert!

The newest kid on the dessert block is a very welcome addition. Pana Chocolate in Alexandria serves raw desserts (vegan, dairy and gluten free), which means you can feel good about what you’re eating while you’re eating it! The array of raw cheesecakes is plentiful and the display case alone is drool worthy. If you still don’t feel like you’ve had your fill, you can always grab a bar of the original chocolate to take home for an extra snack! 21 Fountain St, Alexandria NSW 2015

The first time we visited Pasticceria Papa in Sydney’s Inner West was on a lazy Saturday. We were looking for morning tea and took a roll of the dice – and a spin of the Urbanspoon ‘what’s nearby’ wheel. We stumbled into pastry heaven. Cannoli that rivals Italy’s (in Pisa I subsisted solely on ricotta cannoli for two days straight, so you can take my word for it), fruit tarts that are glazed perfection and rows of pastries lining the entire length of a four metre counter top. The real star of the show is the Ricotta Cheesecake. Creamy, sweet, light. Incredible. Buy a whole cake, buy by the slice, or buy the little individual cakes for a single serve you won’t feel guilty about not sharing. You can also choose to have it pumped full of Nutella for the ultimate in Italian deliciousness. 145 Ramsay Street Haberfield 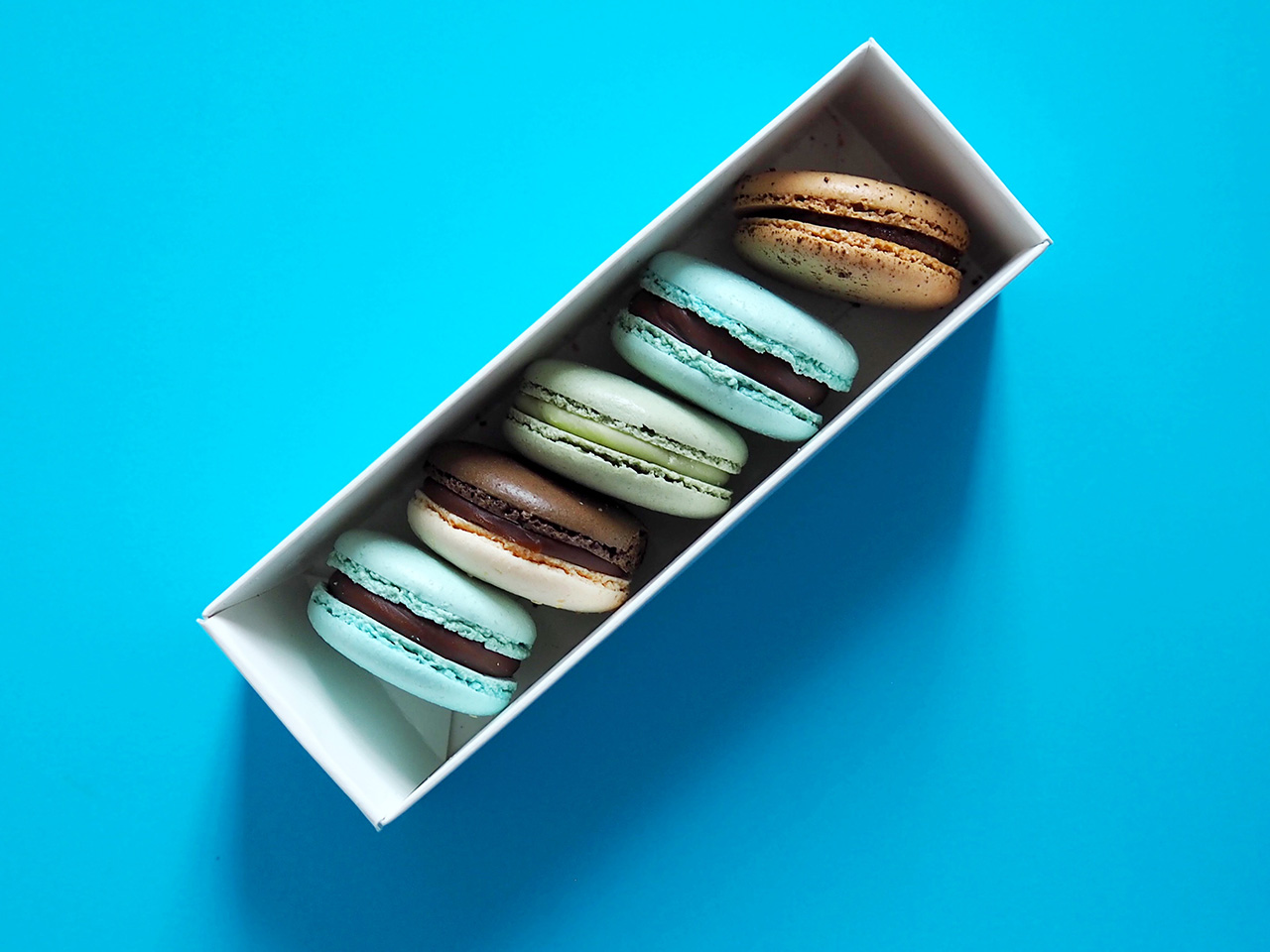 A staple good dessert is gelato. These days it’s not just about a classic limone and no one does exciting flavours like Gelato Messina. The specials list changes weekly and always features outlandish combinations (think white chocolate coated potato chips in a cream cheese gelato) but the classic flavours are just as good as the rotating specials (try pistachio, salted caramel with white chocolate chip). If you ever see “Crack Pie” written up on the famed chalkboard, run as fast as you can to that gelato counter to get a taste of NYC’s Momofuku Milk Bar ‘Crack Pie’ done Sydney style. There are several Gelato Messina’s around Sydney but the original stores in Darlinghurst and Surry Hills are the most popular. 389 Crown Street, Surry Hills

The selection of sweet pies on offer at The Pie Tin is nothing short of spectacular. There’s Mars Bar, Rocky Road, Key Lime Pie and Mississippi Mud but the very famous Pie that Ate Newtown (apple pie in delicious short crust pastry, stacked higher than you would think gravity would permit) is extra special. You can do a savoury pie before dessert but we prefer to just get straight to the good stuff in the sweets cabinet. Buy by the slice or order a whole pie – an excellent choice to have when you’re running late for a dinner party and the cake you were supposed to bring was a disaster (trust me). 1-1a Brown Street, Newtown 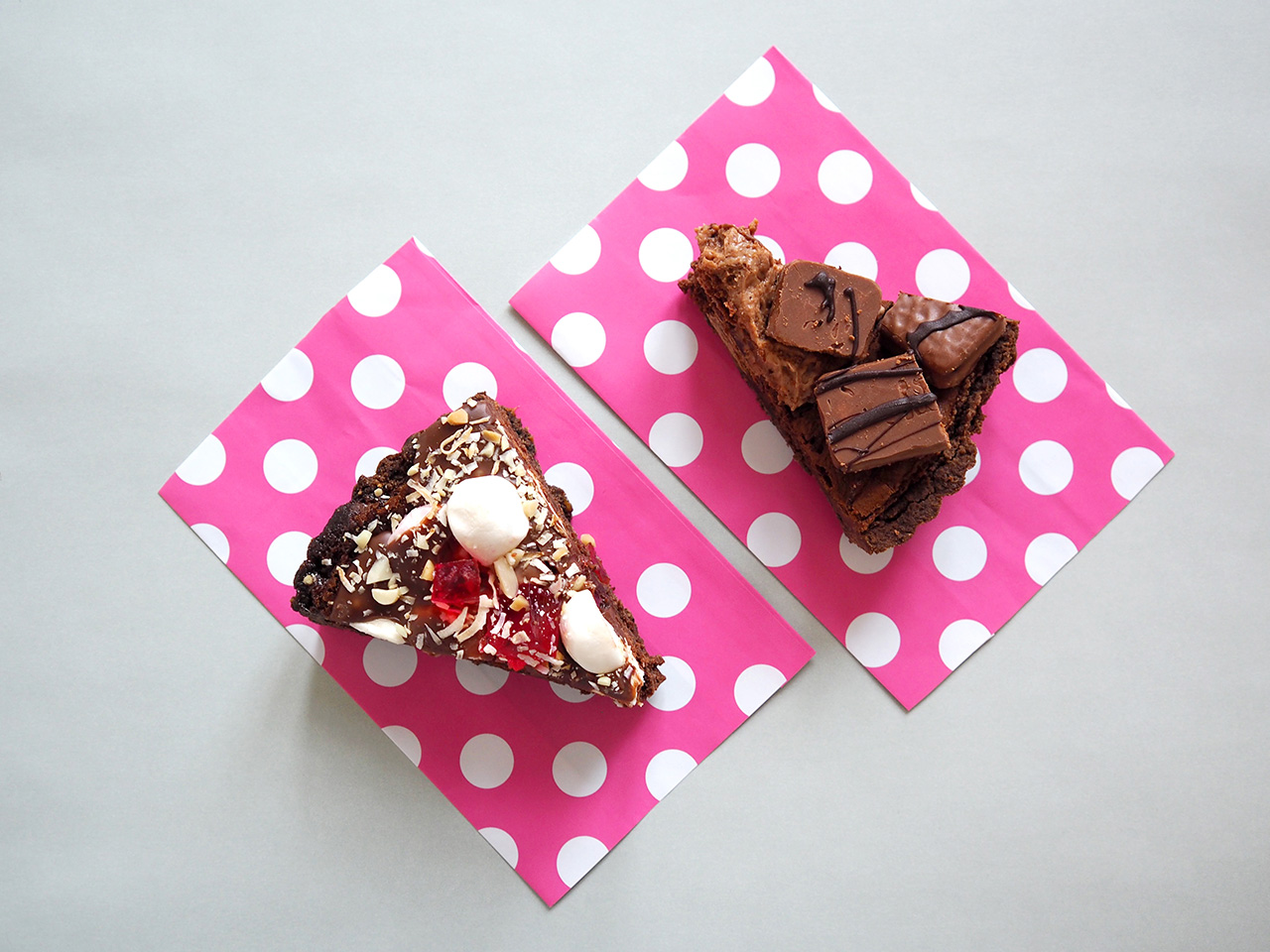 There’s no shortage of macaron makers in Sydney, but if you’re going to do it, do it right! MakMak macarons are light and sweet, with plenty of flavour options in the classics (think Peanut Butter & Belgian Milk Chocolate, Raspberry, Salted Caramel) and a rotation of specials on the Seasonal Flavours Menu (think Lemon Sherbet and Toffee Apple). Go for a mixture in a box, or if you’re short on cash try the ‘Maca-Wrongs’, macaron seconds with minor flaws. They’re sold for a discount but are every bit just as delicious! 601 King Street, Newtown

The dessert venue with the best view around town, the recently refurbished Opera Bar has a whole new menu. They knew what they were doing when they added in the Popcorn Gaytime. Yes, a combination of popcorn and a Golden Gaytime in one ridiculously good dessert, the Popcorn Gaytime is a vanilla and caramel ice-cream combination, covered in caramelised popcorn, and then served up with a side of our classic Sydney harbour views. It doesn’t get much better than that! Lower Concourse, Sydney Opera House, Macquarie Street, Sydney 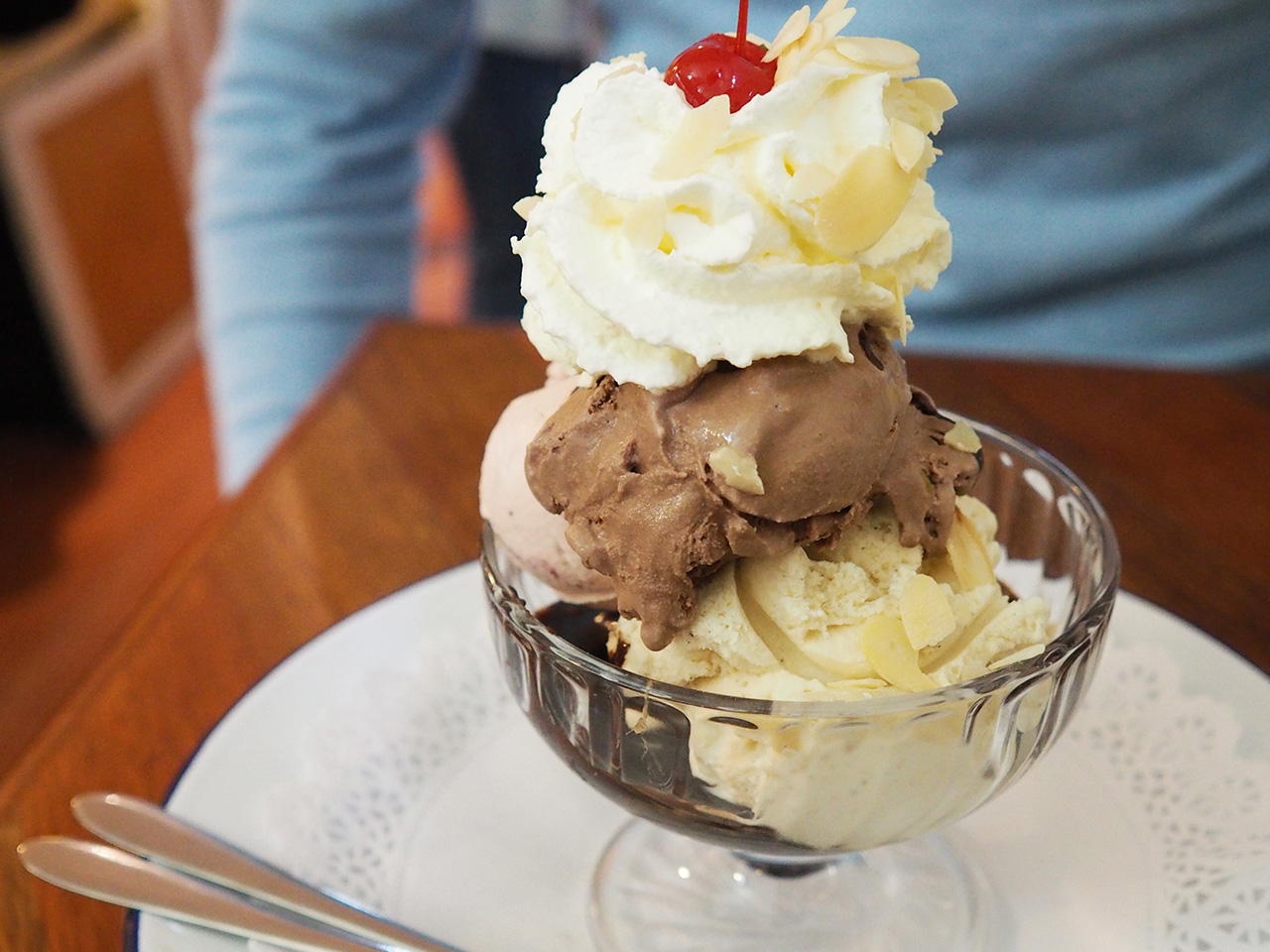 There’s no sweeter venue for a milkshake or ice-cream date than Petersham’s pastel painted Daisy’s Milkbar. An extensive milkshake menu as well as a specialty flavour that changes with the month (try the Chocolate Peanut Butter, it’s like a drinkable Reece’s peanut butter cup!) is just the precursor for the dessert menu. The Chocolate Fudge Sunday is the quintessential ‘sundae dessert’ – three scoops of ice-cream, a brownie base, whipped cream and a maraschino cherry. Never has the sundae emoji been more applicable for your Instagram post! If you’re still not sugar-ed out after the sundae and the milkshake, you can grab a lolly bag from the counter for the ride home. 340 Stanmore Road, Petersham 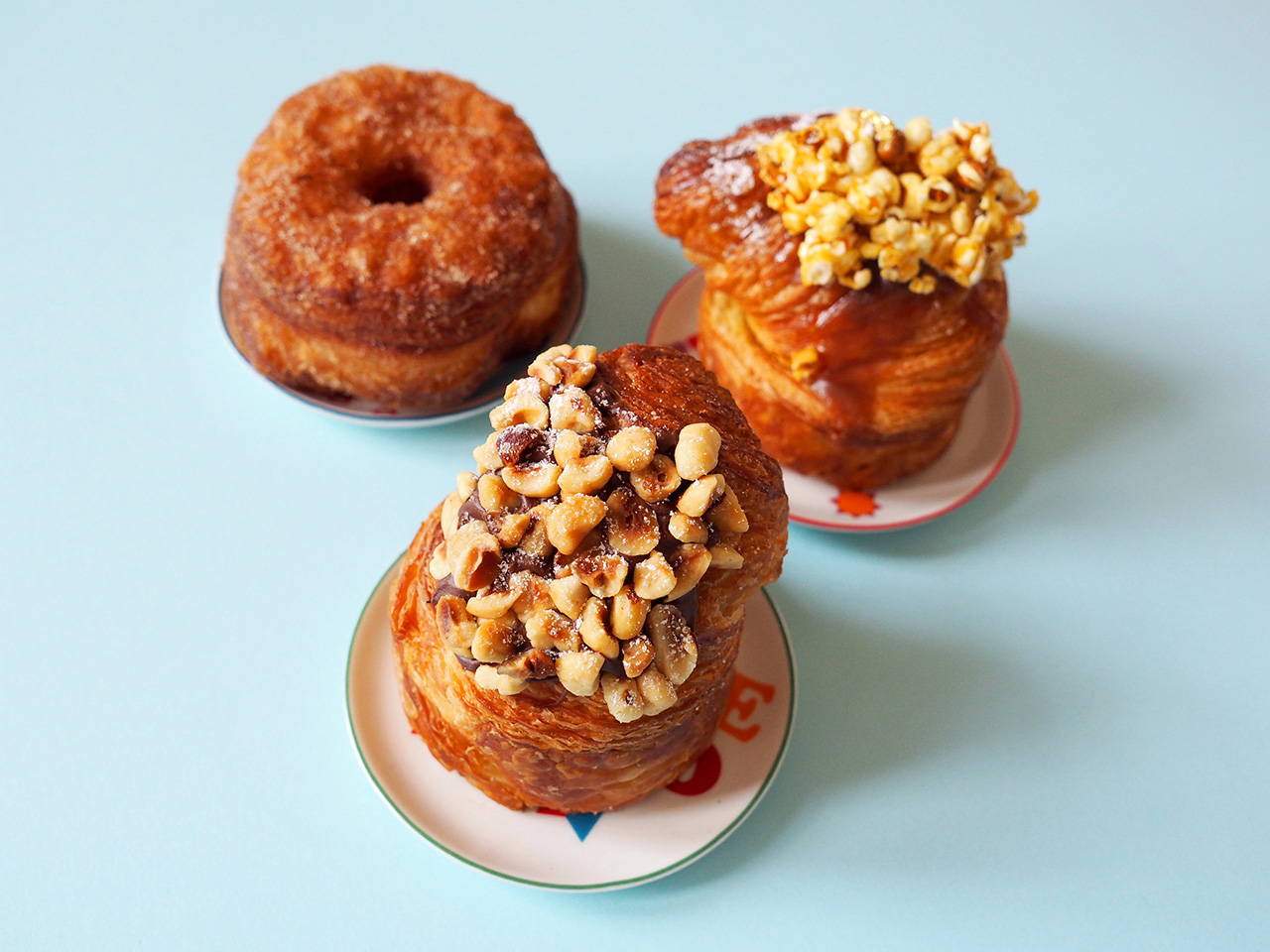 Do you know the Cruffin man? The Cruffin man! All of your pastry dreams can come true at Brewtown Newtown, especially if you pop in on the weekend when the upstairs section above the Brewtown cafe turns into a pastry heaven. Cruffins are a croissant/muffin hybrid that results in a flaky, sugary, delicious treat to top all others. Try the Nutella Cruffin (yep, a cruffin pumped full of Nutella and topped with nuts) or the classic Brewnut (croissant pastry fried like a doughnut, similar to a cronut). The best thing about Brewtown Newtown is they’re always inventing something new, with inspiration coming from much loved treats. Keep an eye out for Milo and Golden Gaytime-themed creations. If you don’t feel like waiting for a table, you can always get your treats to go and head to a nearby park for a casual picnic! 6-8 O’Connell Street, Newtown 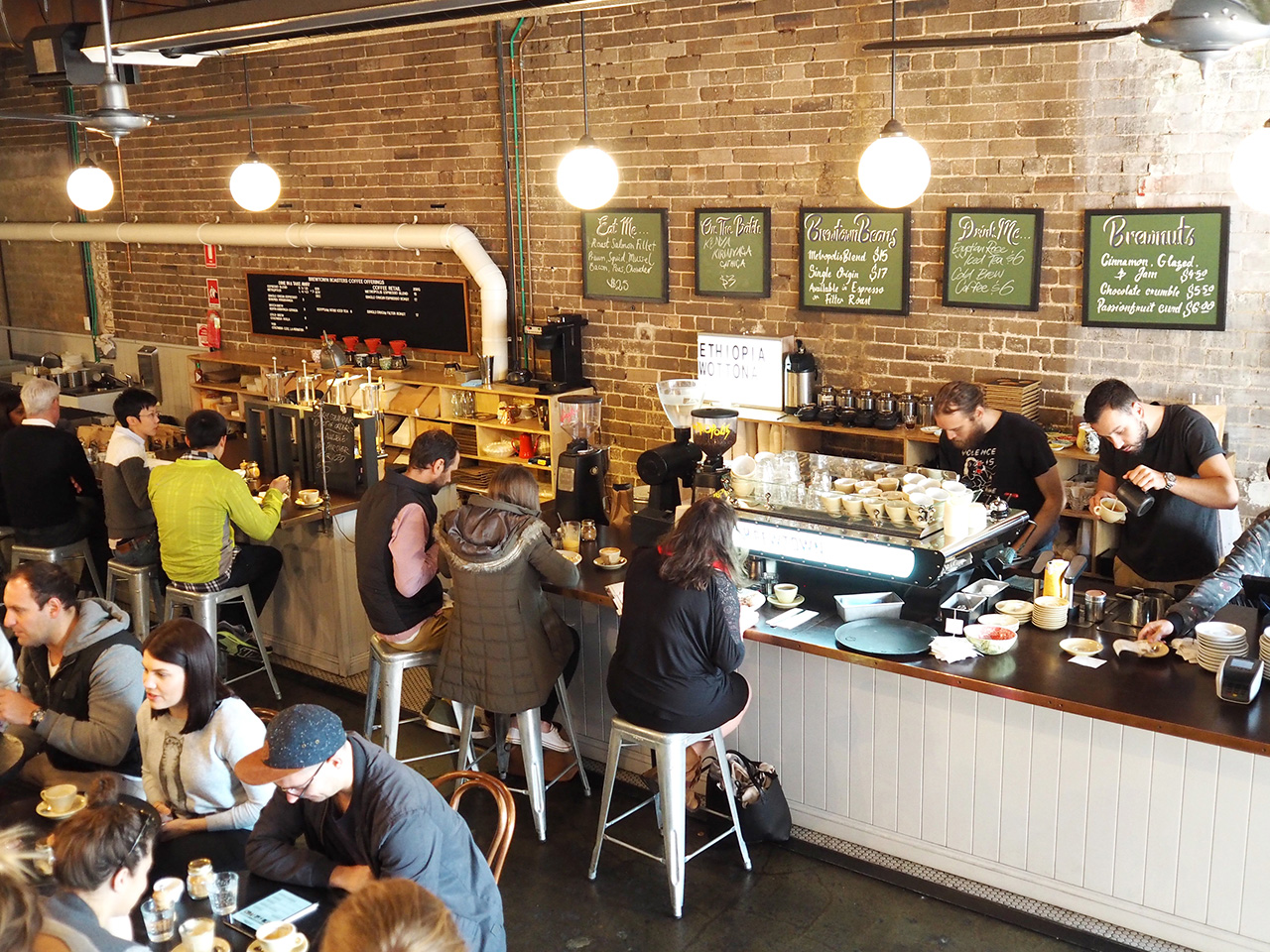 Next post What to do in Melbourne this Winter

About the Author McKean Studio