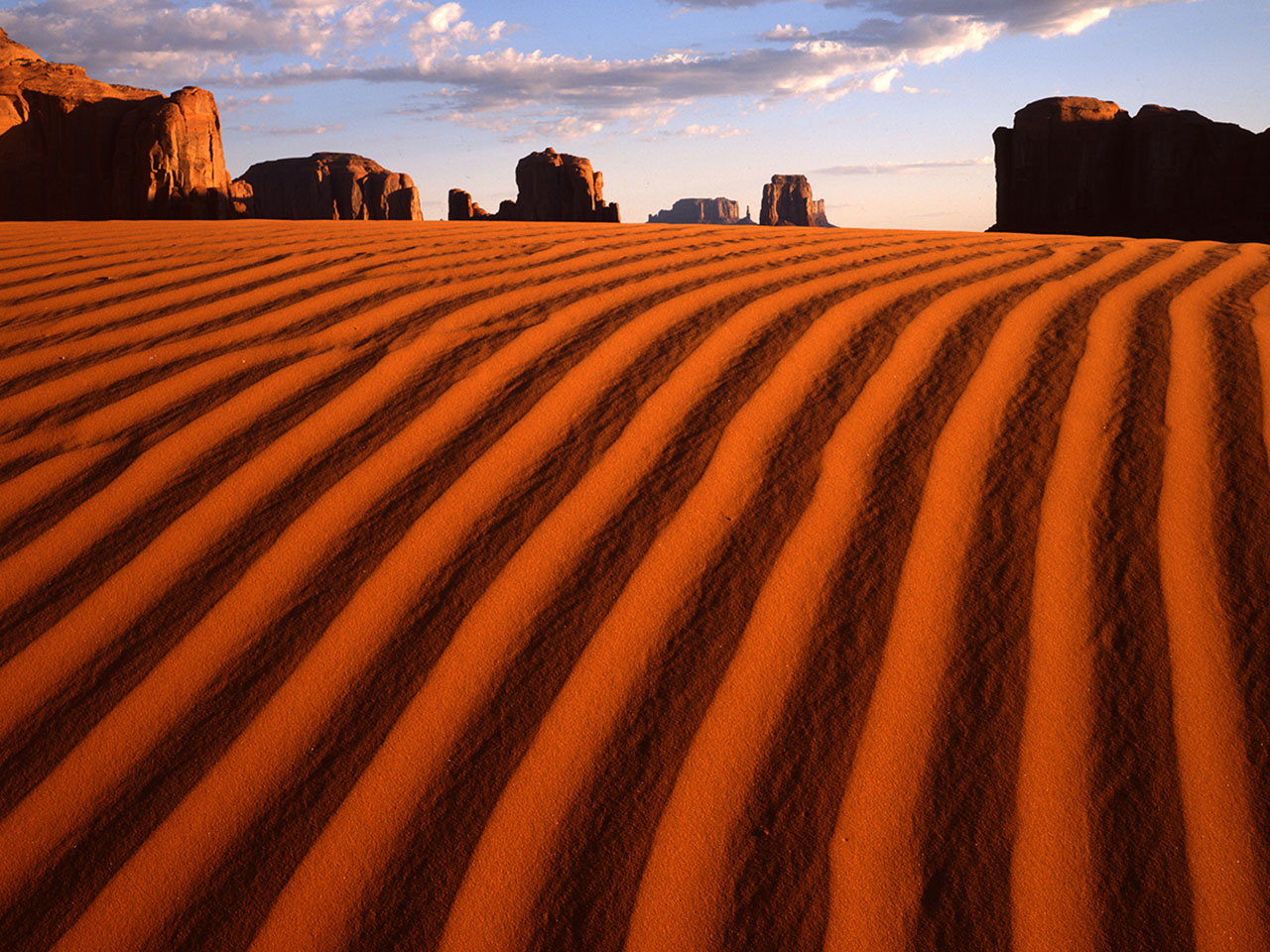 What makes a stunning landscape, historic monument or city skyline look even more impressive? The quality of light at dawn and dusk. The most stunning locations take on an even more magical quality thanks to the rising and falling of the sun. In some spots you’ll share the scene with camera-clutching crowds but we’ve picked a few (slightly) off the beaten track spots for this Listopedia.

Perhaps one of the most quintessential travel experiences in the world, you have to get up extra-early if you want to bag a prime position in front of the iconic Khmer complex of Angkor Wat at sunrise. However, if you enter through the East Gate you might just be able to enjoy a relatively crowd-free couple of hours. The same goes for Angkor Thom – the tree-riddled, moss-covered temples featured in Tomb Raider. Head in through the entrance furthest from the main path and you should have heaps more room to move.

Machu Picchu gets a lot of press, and rightly so. Watching the first rays of light warming the ruins’ grey stone walls is an incredible experience – especially at the end of four hard days’ hiking – but we think it’s time Peru’s equally attractive Colca Canyon got a look in. Deeper than America’s Grand Canyon and 100km long, the rugged landscape is interlaced with walking trails. Plus, it has something the Inca Trail doesn’t – condors. These magnificent creatures soar up from the depths of the valley on thermal currents. Perch on the edge of the canyon for a bird’s-eye view as the birds rise up above you. From Arequipa, the nearest major city, it’s possible to trek down to the bottom of the canyon in an afternoon, spend the night in one of the wooden huts and then start your ascent at around 3am (remember to pack your head torch). Llamas on the path permitting, you should emerge as the sun starts peeking over the horizon.

The UK’s most northerly islands not only offer some of Europe’s best sunrise views, they have the added advantage of being so remote you’re likely to have the rugged beaches and grass-covered cliffs all to yourself. Check out the area’s bizarre geology – from the stacks, blowholes and arches of Eshaness (the result of a now extinct volcano) to the Great Glen Fault situated behind the village of Ollaberry – thanks to the many hiking tracks that crisscross the 100-plus islands. You can even walk across an ancient ocean floor at Hamar National Nature Reserve. Visit in early spring or late autumn and you’ll hit prime sunrise season, as during summer months the sun only sinks below the horizon for a few hours a day.

Watching the sunrise over this iconic mountain is so embedded in Japanese culture the activity has been given its very own name: goraiko, or ‘arrival of light’. Situated 100km southwest of Tokyo, the country’s highest mountain can be seen in all its glory from a variety of destinations on Honshu Island, including the stunning hot spring town of Hakone, but if you’re after a more up close and personal experience, join the throngs of walkers who climb Mt Fuji. There are four major routes to the summit from the fifth station (which is accessible by bus, should you want to save your legs for the final stretch) but whichever one you chose, be sure to pack your thermals – temperatures regularly dip below zero degrees at the top.

Silhouettes of elephants and giraffes marching along the horizon, big cats silently stalking their prey against a rich red-purple backdrop – the twilight hours make the safari experience all the more magical. And when it comes to spotting wildlife at dusk, the rolling plains of Kenya’s famous Masai Mara National Reserve offer a diverse range – from wildebeest to ostriches to lions. While the click of camera is inevitable at times, avoiding the peak season between January and March can cut down on the competition for that National Geographic-worthy shot.

North London’s hills – from Highgate to Primrose Hill and Alexandra Palace – offer some stunning panoramas of the city’s skyline, but this quiet corner of Hampstead Heath is a firm favourite among locals. Formerly known as Traitor’s Hill, the area was reborn as Parliament Hill during the Civil War. Grab a kite, pack a picnic and enjoy an afternoon looking out at the London Eye observation wheel, 30 St Mary Axe (affectionately nicknamed ‘The Gherkin’) and the eye-catching dome of St Paul’s Cathedral. Once the sun has sunk out of view, trudge down the hill and make for the The Garden Gate pub – another London institution and the perfect spot for a pint.

The famous monoliths of Monument Valley take on an enchanting red aura at sunset, as the last rays of light cast a warm glow over the Colorado Plateau – part of the Navajo Nation Reservation on the Arizona-Utah state line. The vivid red colour is a result of iron oxide, that exists in the sandstone and is exposed as a result of weathering, while the darker, blue-grey rocks that dot the valley have manganese oxide to thank for their cooler hue. Various tours take in the sunset hot spots, but there are so many stunning national parks in this part of the world you could try escaping the crowds at Kodachrome Basin State Park or Cedar Breaks National Monument. Or set up camp, quite literally, in Bryce Canyon National Park. Not only can you enjoy the sunset from the comfort of your own chair, the next morning you can simply unzip your tent and watch the sunrise.

Stretches of sand as far as the eye can see and uninterrupted views of the sun sinking into the Indian Ocean nearly every night – yep, there’s a reason this part of the world has been nicknamed the ‘Sunset Coast’. And at 22km long, Cable Beach has space for everyone – including a few camels should you wish to let someone else do the walking. Sparkling white sand takes on a golden hue at dusk, while out at the sea the water mirrors the sinking sun – make sure your camera is fully charged, you don’t want to miss this spectacle.

Next post Playing in Las Vegas' Sandpit with Dig This