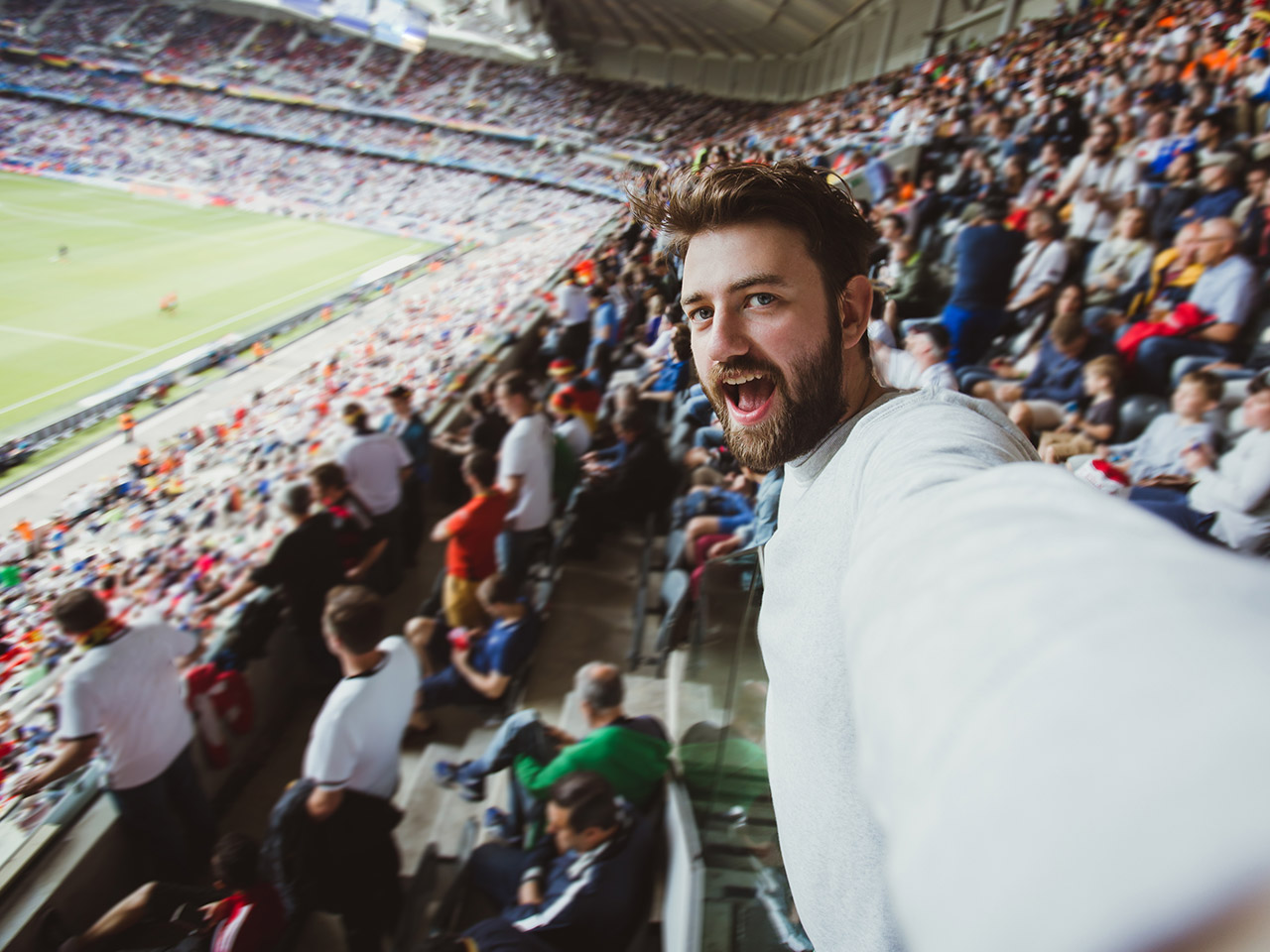 These highly anticipated sporting events come around rarely – and they are very much worth the wait. Hopefully you’re all tuning in to the Boxing Day Test, but since I’m a little biased around the best sport in the World, here’s my Listopedia of the world’s greatest sporting events.

What was originally a publicity event in 1903, the Tour de France is now regarded as the biggest event on the competitive cycling calendar. Held in France every July, the three-week cycling tour lays claim to being not just one of the world’s biggest sporting events, but one of the biggest spectator events of any kind. The race’s route is different every year, but always follows the same race format passing through the mountainous ranges of the Pyrenees and the Alps, and always crossing the finish line on the Champs-Elysees in Paris – totalling a spectacular 3500 kilometres.

Paris in July is peak season for tourists, and for good reason! The picturesque Parisian streets come alive in the warmer months, and to enjoy the summer it is a must that you head to the Paris Plages along the Seine, rent an umbrella and some deck chairs, and soak up the sun. The incredible history of the city can be seen in its many museums and galleries, particularly the Musee D’Orsay, which has the world’s largest collection of impressionist art, so you’re guaranteed to recognise at least a few of the works! If you’re sick of being inside, there are amazing palaces and gardens, like the Luxembourg Gardens and the Palace of Versailles, for you to wander for hours on end. 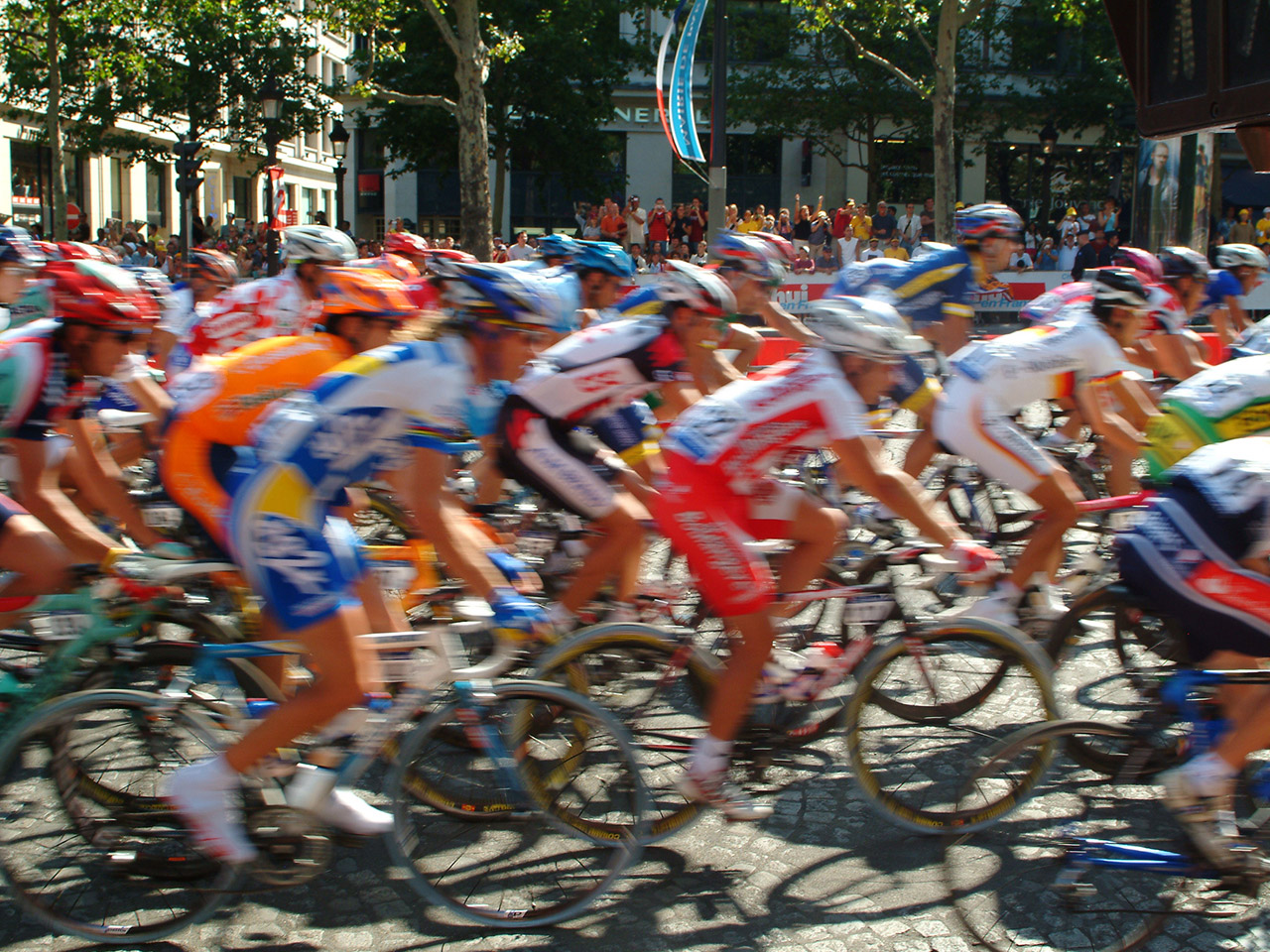 The football event hailed as El Clásico is any game between Spanish football giants Real Madrid and FC Barcelona. The strong competitive nature originated off the field, deriving from politics, passion and pride. With more than one game a year, you would think it would be relatively easy to score a ticket, but with this being the most avidly followed club football match on the planet, think again! The biggest football rivalry between Spain’s most famous, prestigious and beloved clubs is played in both cities, alternating each game, which gives you the opportunity to experience what both cities have to offer.

Being Spain’s capital city, of course Madrid has so much to do and see. The rich culture of the city is hard to miss, and it is a must to see a bullfight or watch some flamenco dancing – at a level you won’t see anywhere else in the world. Gran Via is Madrid’s most famous and central street, and is always a hub of activity. If all the paella and tapas gets too much by the early hours of the afternoon, make like a local and have a siesta! Barcelona, being such a vast city, is constantly bustling with life. It is a city best to discover by foot, leading you to fabulous restaurants, bars and museums, alongside impressive parks and architecture. Don’t leave without experiencing the Museu Picasso, a gallery that showcases Picasso’s art and life. If you need to cool off, find a quiet part of one of Barcelona’s beaches. 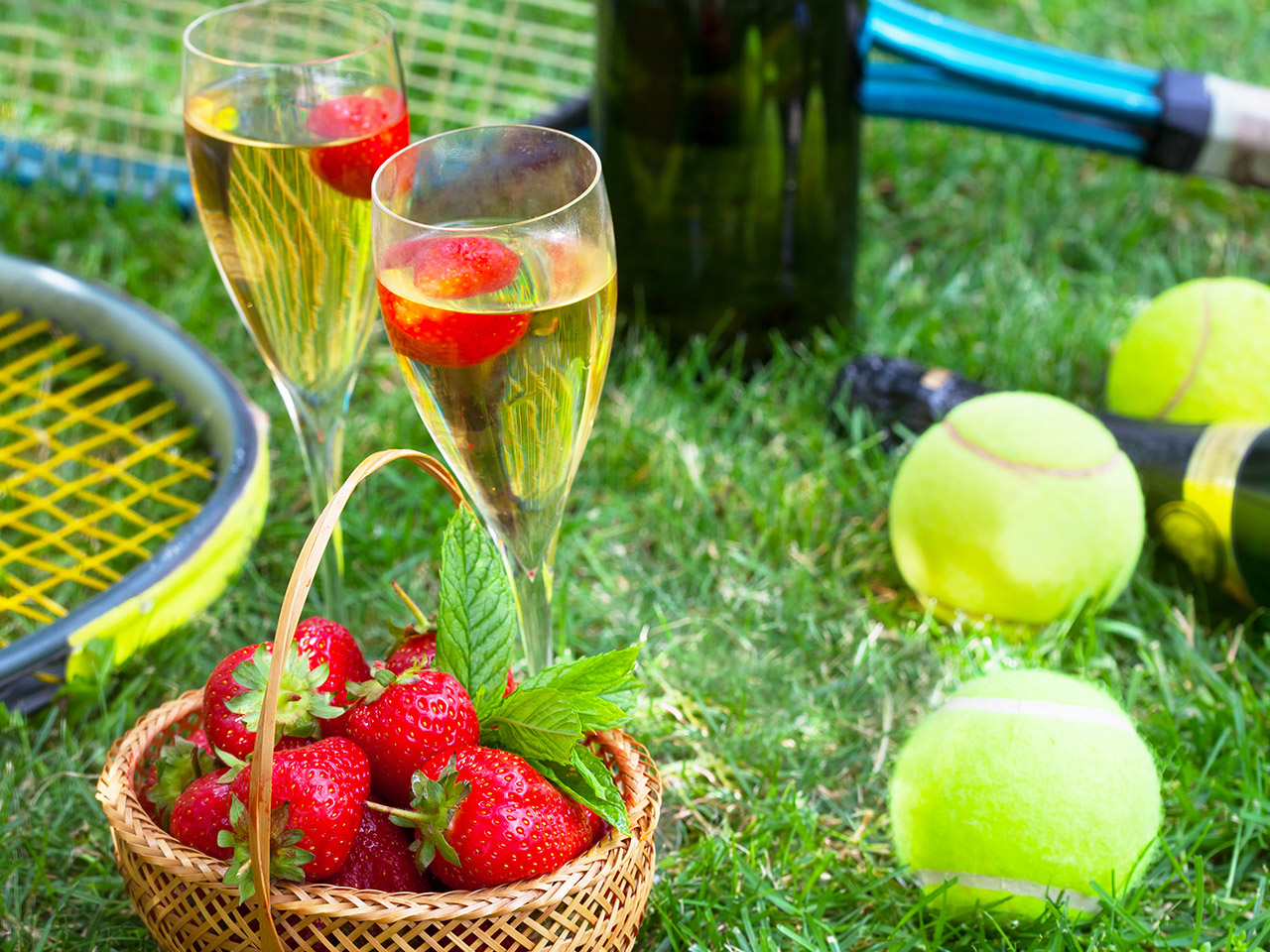 The Championships, Wimbledon, is recognised as the oldest tennis tournament in the world, and as a result the most esteemed. One of four tournaments that make up the annual Grand Slam, Wimbledon is the only one still played on grass, and is the perfect opportunity to rub shoulders with royals while sipping on Pimms and lemonade! It takes place over two weeks in July (always the second Saturday and Sunday of July), giving you plenty of time to enjoy the city off the court.

London has so much to see and do, whether it be spending time in the numerous world-renowned museums and galleries that are home to some of the most famous artworks and artefacts in the world, or seeing it from a more holistic view via the London Eye. The balmy afternoons and evenings at this time of year are a perfect opportunity for picnics in Hyde Park, where you can get a scoop of ice-cream under the shade of a tree. No London visit would be complete without a trip to the pub, and there are plenty to choose from. Whether you are after an alfresco country garden feel or a pedal pub crawl, options are rife in London. 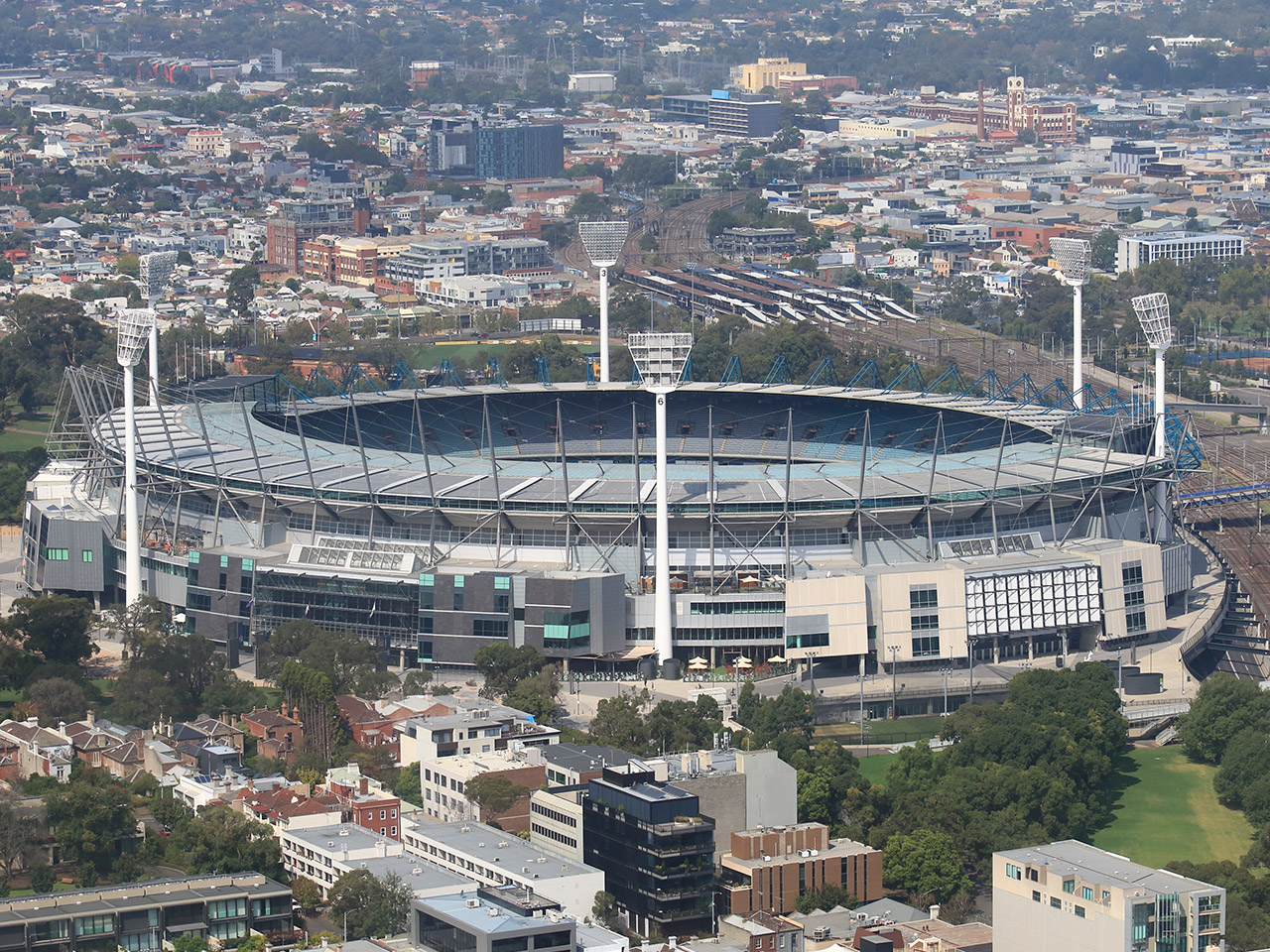 The Australian Football League hosts the nation’s professional football competition – a code of the sport known locally as ‘Aussie Rules’. The AFL Grand Final is held annually at the Melbourne Cricket Ground (MCG), and draws 100,000 spectators, many of whom consider AFL their religion!

Take the well-known trams around the city and suburbs to get around, especially if searching for the city’s famous graffiti lanes. Melbourne boasts many a local brew, and there are countless rooftop and hideaway bars that are well worth a visit if you know how to find them! Spend a couple of days outside the Melbourne CBD for some respite, while enjoying the locally grown wine and fresh produce against an amazing backdrop of the Yarra Valley. The weekends are booming with people and activity at the Queen Victoria Markets, which showcase amazing home grown goods, and the surrounding cafés and restaurants that derive their food from there are constantly busy as a result. 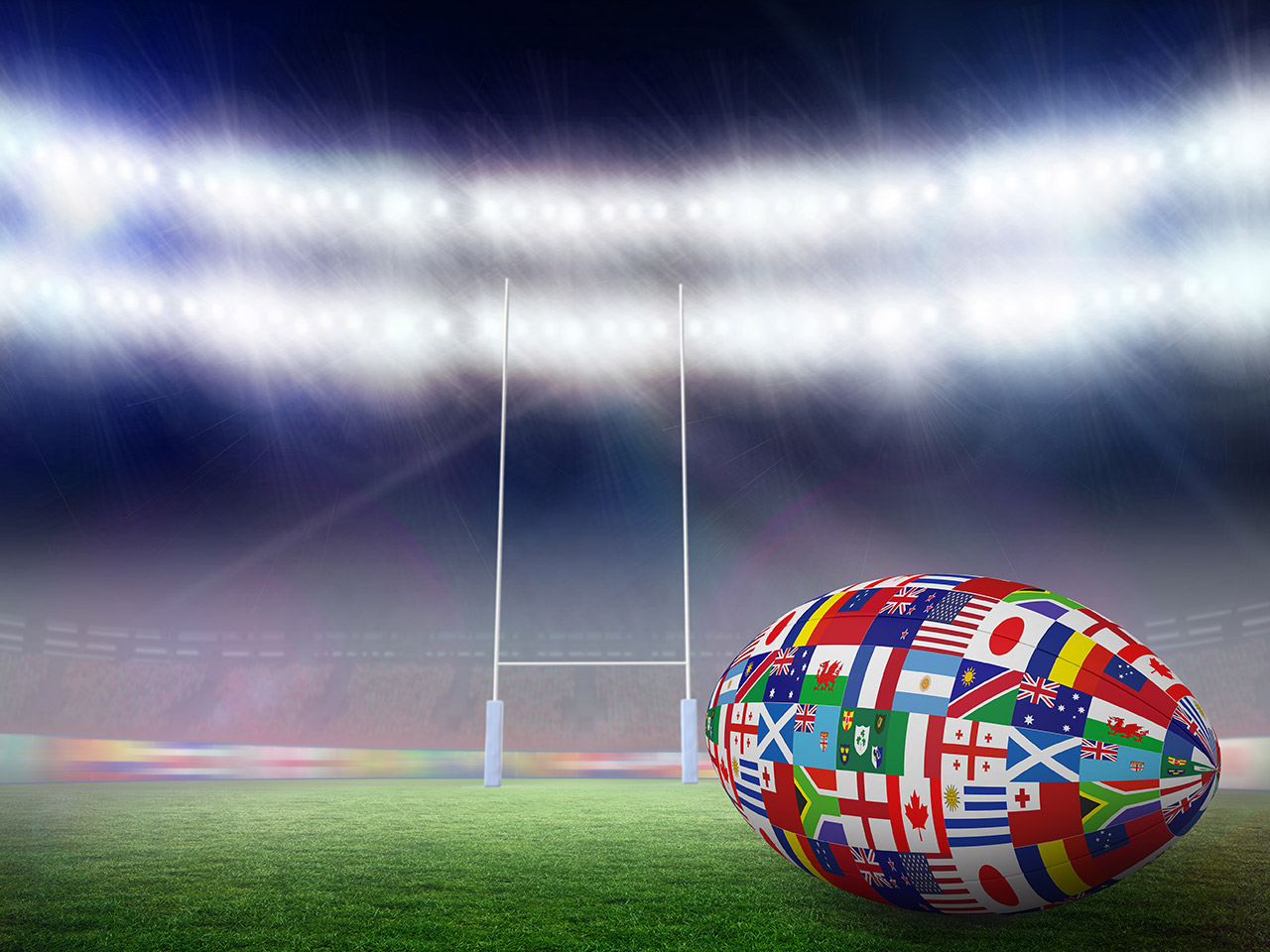 This men’s tournament of rugby union is contested every four years between the top international teams, and hosting is shared across the countries these teams are from. With the next Rugby World Cup due to be held in Japan in 2019, it is the perfect time to be booking a trip away!

Japan is culturally unique, and there are limitless things to do and see that are out of the ordinary; perhaps an afternoon watching the 2000-year-old sport of sumo wrestling, or watching a car being manufactured at one of the many Japanese car retailers like Honda and Suzuki. Otherwise one of the many magnificent temples is sure to keep you occupied for hours on end.

A trip to Japan is not complete without time spent eating sushi and sashimi, or trying the local Asahi beer. Japan also has many highlights out of the capital city Tokyo, Mt Fuji, Hiroshima and Kyoto being just a few. Visiting these is a great chance to get out of the hustle and bustle of the big city and an opportunity to experience the country’s amazing Bullet Trains, which travel at speeds in excess of 600km/h! 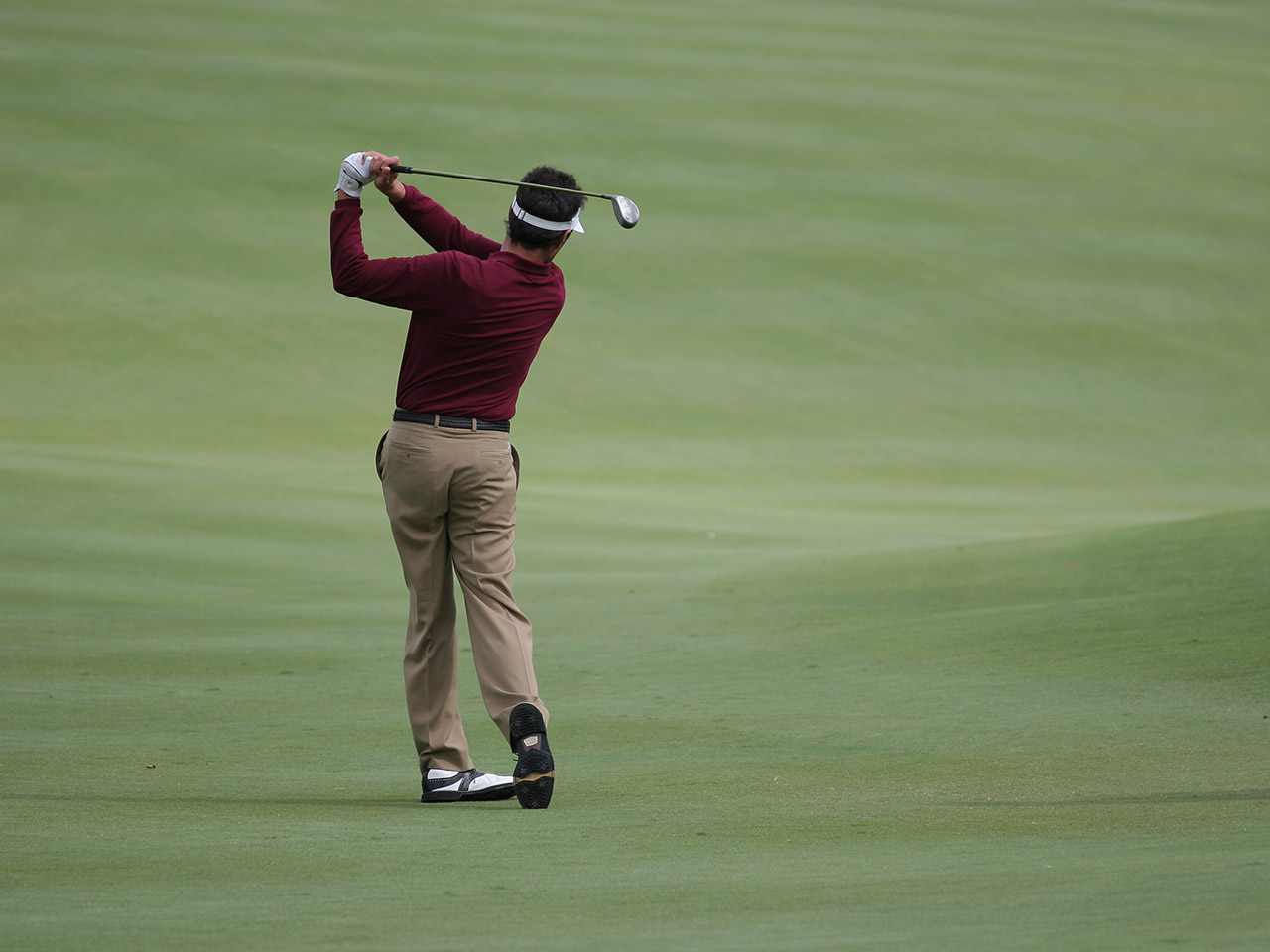 The US Masters is one of four major tournaments in professional golf, which is played on the first full week of April. It is held annually in Augusta, Georgia, at a private golf club estate and has been done so since 1934. The winner is famously awarded a green jacket, along with over $1,000,000 in prize money.

The weather in Georgia is seasonal and temperate, which makes for hot summers and mild winters, best enjoyed in the 73-hectare Piedmont Park that lies right next to the centre of town. While in Georgia, there are many tourist hubs including the Martin Luther King Jnr Historical Site, Centennial Olympic Park and the World of Coca Cola museum.

Georgia is on the southeast coast of the US, so you’re only a hop, skip and a jump away from neighbouring states that also hold many sightseeing gems. Florida in particular is extremely popular for tourists, as it is home to the beautiful islands known as the Florida Keys, extensive and vast beaches, some of the world’s best theme parks and the ‘party city’ that is Miami. 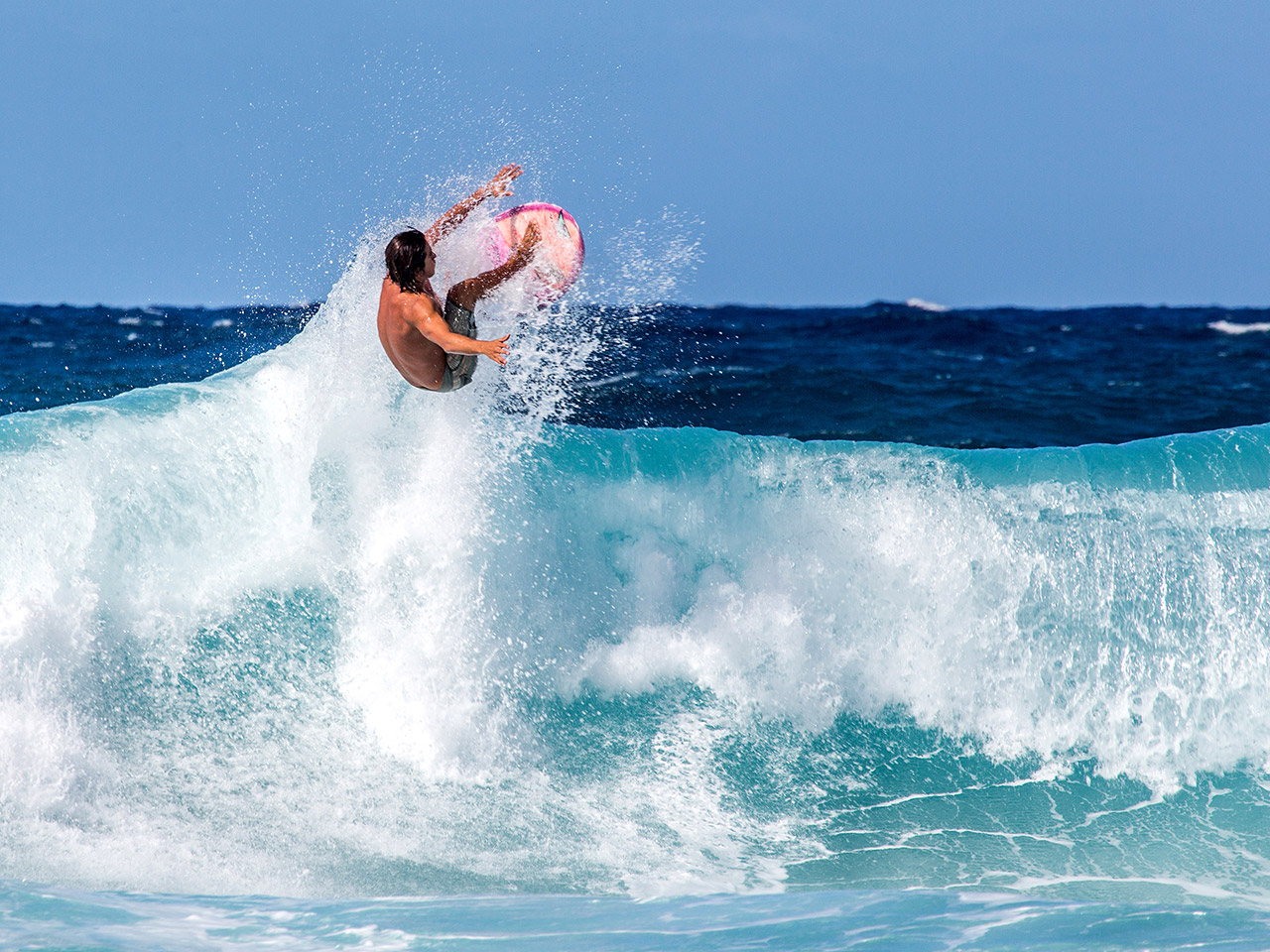 The Vans Triple Crown of Surfing

The Quiksilver in Memory of Eddie Aikau, more commonly known as ‘The Eddie’, is one of three surfing events that make up The Vans Triple Crown of Surfing, which is considered the pinnacle achievement in the sport. It is held annually on Waimea Bay between December 1 and the last day of February. The competition is weather dependant, with each day’s surf monitored. It is then determined on which day the actual event is held on the North Shore of Oahu – a coastline world famous in surfing terms for its clockwork winter swells that reach a massive 50 feet in height. While in Hawaii it is a must to be immersed in the unique island culture. Beach hopping your way around the islands will lead you to some of the world’s best beaches, offering myriad activities such as dolphin and whale watching, snorkelling through the beautiful surrounding reefs, stand up paddle boarding and of course surfing. Alternatively, activities away from the water are equally as popular; Hawaii has some imposing mountains that make for amazing (and also tiring) walks and hikes with stunning scenery and breath-taking views. Be sure to visit the 10,023-foot dormant Mt Haleakala Crater, or the aptly named Stairway to Heaven.

About the Author Michael Slater