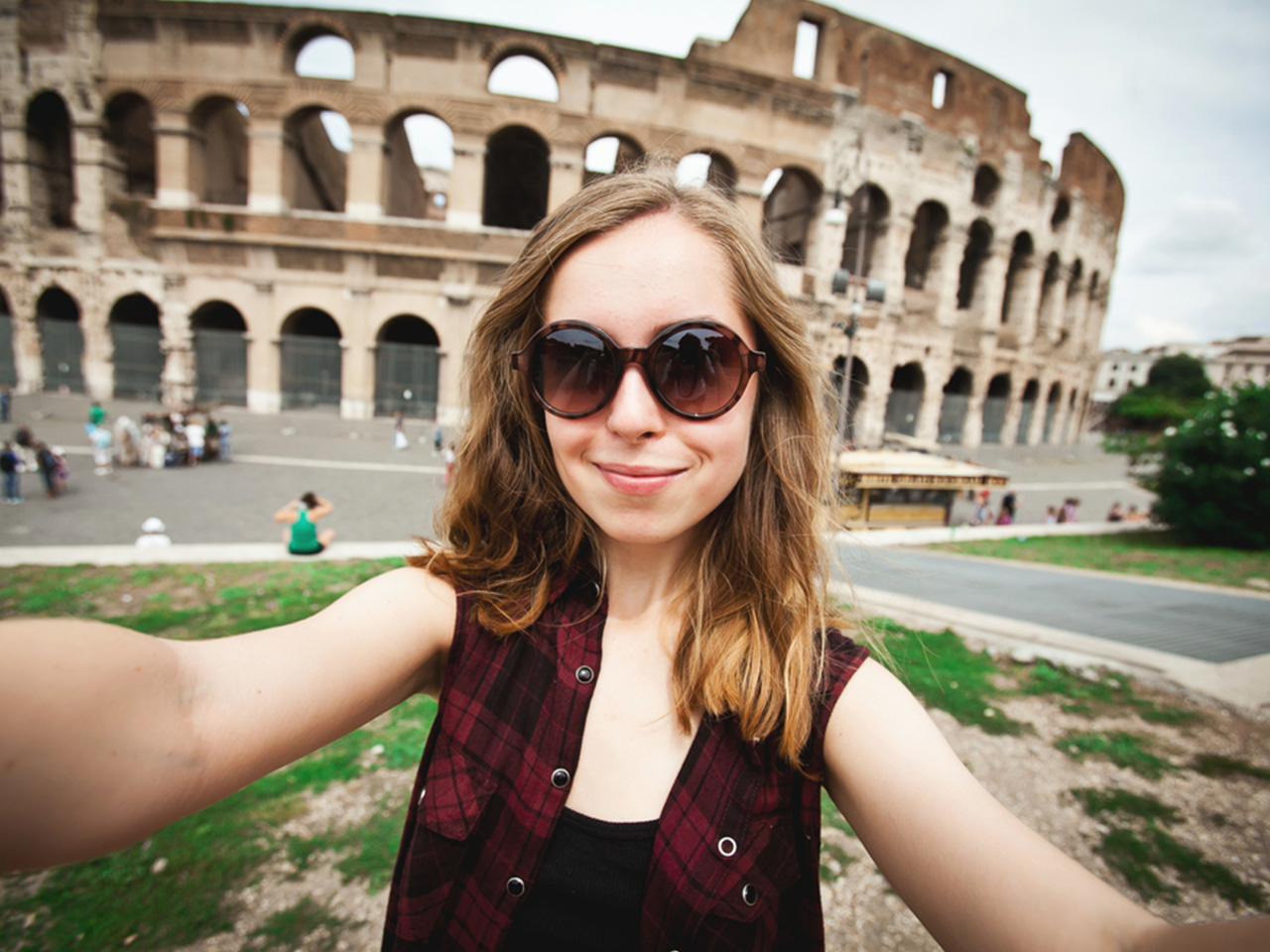 From popes and presidents to pop stars and presenters, everyone loves a good selfie. At the Oscars recently, Ellen Degeneres showed us how to make the world’s most star-studded with A-listers like Brad Pitt and Jennifer Lawrence throwing themselves into the shot that has been retweeted, shared and favourited around the globe.

Whether it’s kissing the Sphinx, reaching the summit of Mount Everest, or simply witnessing an amazing sunrise at the local beach, there are times in your life where you need a photographic record.

Here’s our Listopedia Bucket List of the best places to take a selfie.

Rome’s famous Gladiator training ground has seen plenty of action in its long past, but in recent years the selfie has been the most popular form of exhibitionism on its grounds. With the lower levels of the Amphitheatre opening just a few years ago, there are now more spots to snap yourself enjoying a piece of history. And you’ll get more of the awesome structure in the background too.

Ah, Paris, the city of love. What could be more romantic than a trip to the Eiffel Tower with your special someone? The Eiffel Tower has been photographed from every possible angle, but for the best selfie shot, get down low so you can get it all in.

Top of the Rock, New York

The top of the Rockefeller Centre in New York is a great place to take a selfie. With 360 degree views out over the city, you’re spoilt for choice. There are three levels to the Top of the Rock – on the 67th and 69th floors you’ll be separated from the view by Perspex, so save your selfie for the 70th floor where there’s nothing between you and the open air. Hold onto your camera, it can get windy. For selfie-lovers considering a trip to the Empire State Building, be aware that the open air area is covered with security screens that aren’t great for selfies.

The Leaning Tower of Pisa, Italy

Italy’s infamous example of when architecture doesn’t work out as planned, Pisa’s tower has been the backdrop for thousands of selfies. Most people will get someone else to take a photo as they pretend to push the tower back up right, but you can still have plenty of fun taking pics by yourself.

LA’s famous landmark sits high on the hillside of Mount Lee in the Hollywood Hills. Appearing as the backdrop in thousands of tourist shots, this sign is a must in your selfie album.

Another great historical landmark, another awesome spot for a selfie. The guards don’t let tourists get too close to these ancient structures, thought to have been used during spring equinox celebrations, but that just means you’ll get more of the stone ring in your shot.

Sun, surf, sand and a selfie. Sydney’s most iconic beach is the perfect spot for a selfie. Keep an eye out for the local lifesavers, aka the stars of reality TV show Bondi Rescue. If you’re after the best shots, set your alarm early and join professional photographers like Aquabump’s, Eugene Tan, as they stake out a shot of sunrise.

Right on the border of Argentina and Brazil, the mighty Iguazu Falls is a sight to behold. With an 80m drop, you don’t want to get too close while you’re taking your selfie. The mist can cause havoc on cameras so make sure you keep your selfie quick.

According to a recent study by TIME magazine, this city within a city is the selfie-taking capital of the world. A part of Manila, Makati has the most selfies per capita – of the 459 cities measured by TIME. To join in the selfie fun, head over to the Philippines, Instagram a shot and tag it as a selfie.

From Paris to Sydney, New York to Beijing, if you’re desperate for a photo with a celebrity, a trip to Madame Tussauds is your safest bet. Pucker up and strike a pose next to your favourite celebrity.