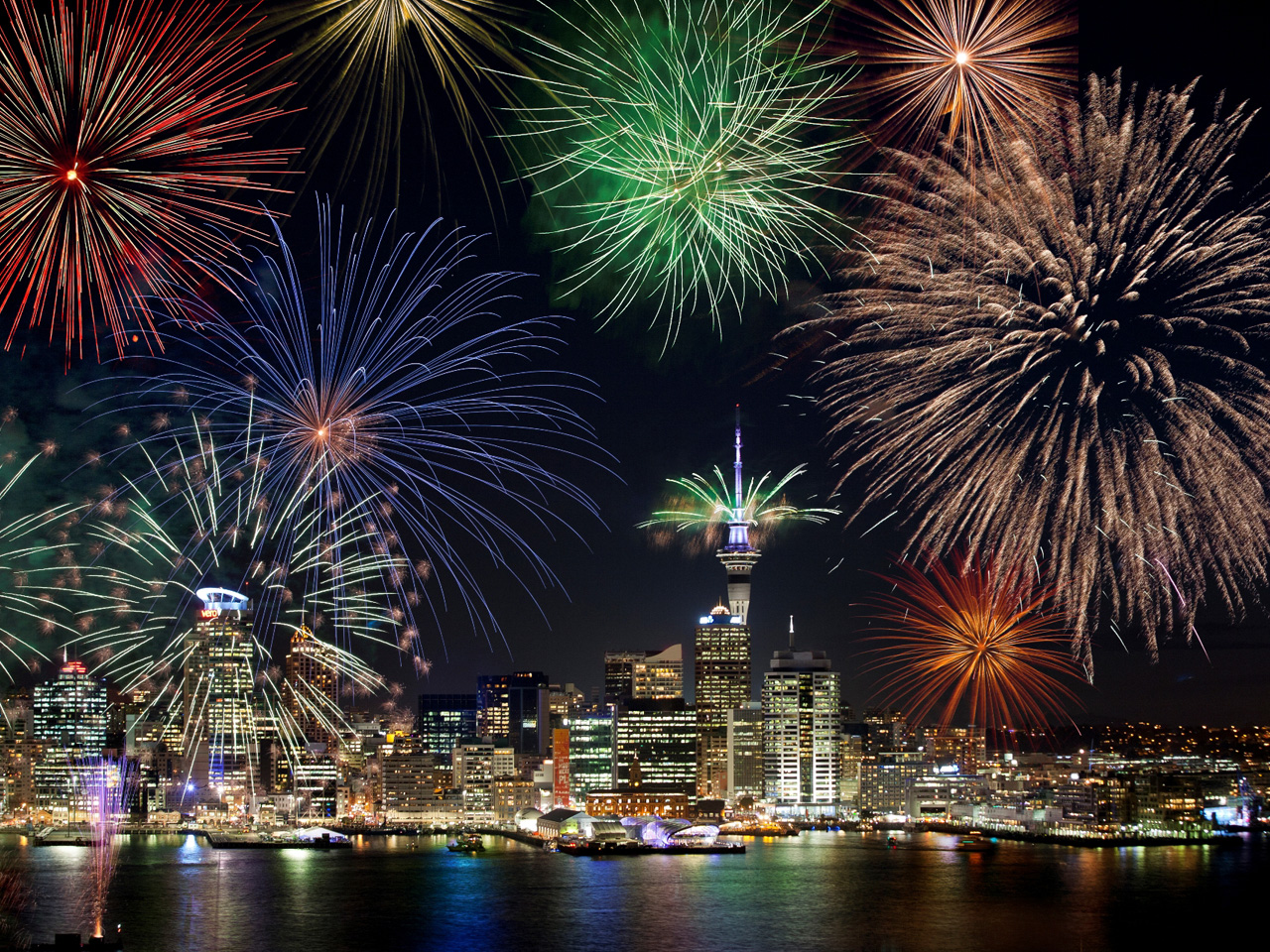 For some of us New Year’s Eve is the biggest night of the year. The clock counts down to midnight and then the party is over. But it doesn’t have to be. With 2014 almost upon us, here’s the Listopedia Ultimate New Year’s Eve Bucket List for how to stretch New Year’s Eve to the max.

Be (almost) the first in the world to usher in the new year by celebrating on Auckland’s waterfront under fireworks blasting off from the Sky Tower and all around the city. Other vantage spots include across the harbour on Mt Victoria at Devonport or out on a boat with your party gear on.

Circular Quay is the place to be as Sydney Habour gets ready to ring in the new year. The night starts early, with aerial acrobatic displays over the harbour from 6pm, followed by music, fireworks at 9pm and midnight, and a light display. Vantage points are dotted on both sides of the harbour with many offering free sites as well as ticketed events with more hoopla, including Paradise NYE which will take over the Overseas Passenger Terminal with international DJs and local celeb chefs.

The ringing of bells 108 times across all the Buddhist temples marks the new year in Japan. Fireworks burst into the sky, and one of the best places to view them is from Disneyland Tokyo. Stay out until dawn when the hilltops and beaches are full of people marking the first sunrise of the year, known as Hatsuhinode.

While Chinese New Year actually takes place at the end of January, December 31st is still a night of celebration, and in Shanghai you’ll be treated to a laser light show and fireworks on the Bund. Get there early before the police close the roads and the show begins.

Red Square is the place to be when the clock strikes midnight and fireworks light up the Kremlin, Lenin’s Mausoleum and the cathedrals. Wrap up warm because it’s also likely to be snowing, making this an extra special spectacular moment in time.

Choose to celebrate in Taksim Square, the hub of the entertainment district, or head for the Bosphorus Bridge which has the best vantage point for the fireworks that are set off from different spots across the city.

You’ll find the throng gathered at the Champs Elysees from 9pm. Position yourself with a view of the Eiffel Tower but don’t expect fireworks. Instead the tower will be covered in sparkly lights. For a few less people but still a party atmosphere, head to the bars and clubs of the Sacre Coeur plaza in Montmarte.

The best place to stand when the clocks strikes 12 is right underneath it. Big Ben will not only ring in the New Year but is also the place to be for pyromaniacs who love a good show. The UKs biggest display happens at the London Eye in front of 250,000 people, with DJs playing the latest sets for one big party.

Stand anywhere along Copacabana Beach from 8pm and join the millions who travel from all over the world to ring in the new year with live music and fireworks launched from barges in the ocean.

The most iconic place to be in America is Times Square, rugged up warm and waiting for the famous Waterford crystal ball to drop. Clubs, bars and restaurants hold parties all over town, but for free entertainment, get here early to count down with one million of your closest friends and a billion more watching on TV.

Previous post Into the Wild: The Mary River Wetlands