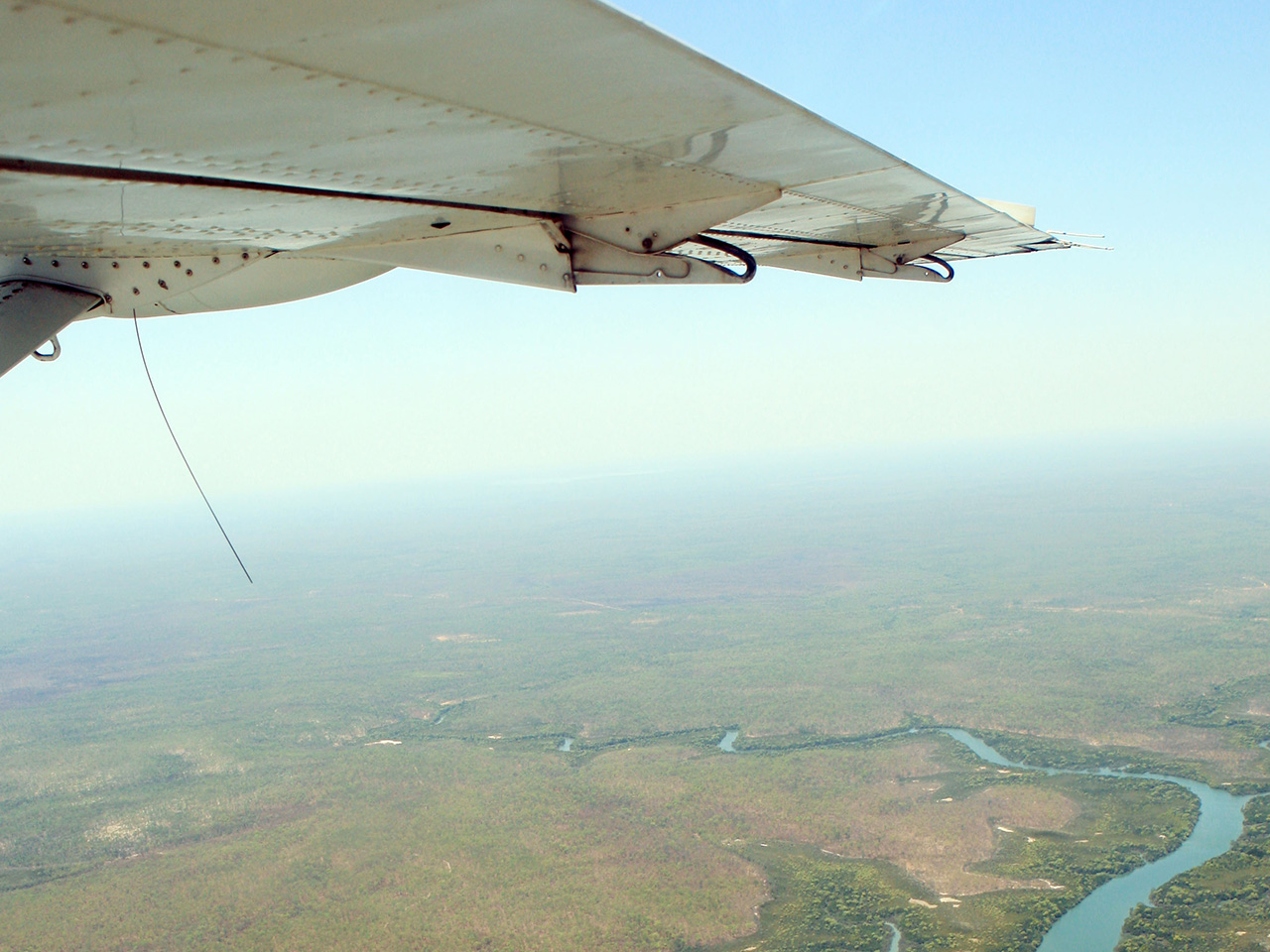 The Northern Territory. Have you ticked Australia’s outback territory off your bucket list?

No, we don’t just mean a visit to Uluru, although that should certainly be on there. From waterfalls to watering holes, here’s our listopedia of Northern Territory experiences.

1. Uluru in all its glory

There’s a reason this UNESCO World Hertiage Listed landmark is on every tourist’s (and Aussie’s) to do list. Owned by the Anangu people and leased to Parks Australia, Uluru-Kata Tjuta National Park is a place like no other. Uluru itself rises 348 metres high, the walk around the base is 9.4km. Some of the best spots to photograph Uluru are the car parks. Aim to visit mid-to-late afternoon – spend some time walking around the rock before heading to the when you can catch the rock changing colouring during sunset from the viewing area.

When you’re on the ground in the Northern Territory, it’s hard to get a sense of scale. Up in the air, the truth is revealed. This landscape is immense. From the vast expanses of red dirt, dotted with boat trees, to the glory of the Mary River Wetlands in full bloom, the beauty is best seen by helicopter or small plane. Even a hot air balloon rising in the shadow of the MacDonnell Ranges, will give you a unique perspective on the land. 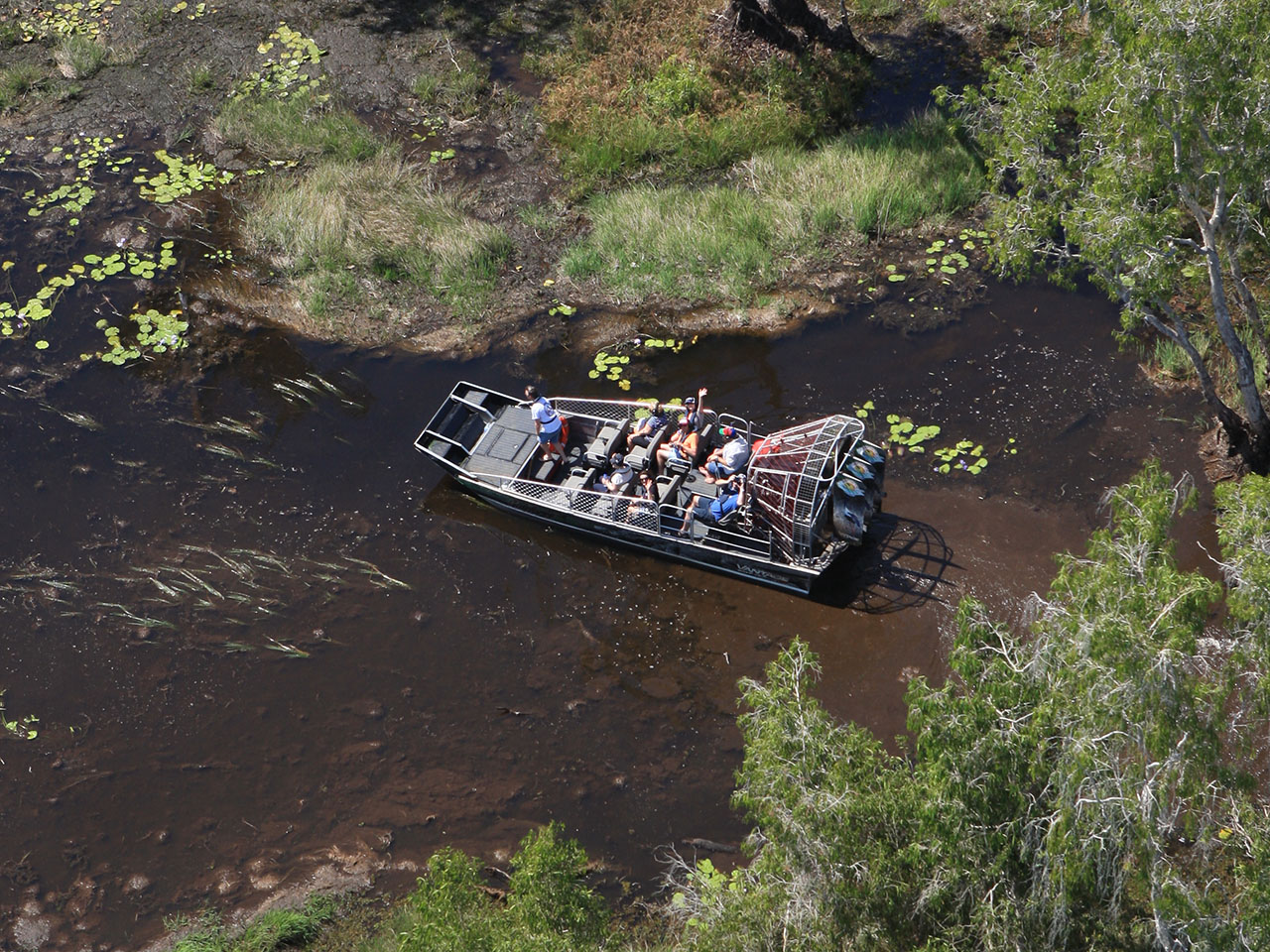 The great thing about getting around the Northern Territory is all the choice – car, 4 wheel drive, bus, off road bus, plane, helicopter, hot air balloon, and even airboat. The airboat is somewhere between a normal boat and a hovercraft. A large fan propels the flat bottomed boat across wetlands and swamps. It’s perfect for crocodile tours in the Mary River Wetlands and Litchfield National Park’s Sweets Lagoon, where some sections are shallow or filled with logs and branches.

Forget swimming pools, the Northern Territory is home to plenty of spectacular natural water holes. Spend a day water hole hopping in Litchfield National Park – the popular spots are all easily accessible by car, with parking areas and marked footpaths. Litchfield is an easy 1 ½ hour drive south Darwin, along the sealed Stuart Highway. Make your first stop Wangi Falls, where the double waterfalls plunge down into a huge natural swimming pool. The falls are just a few hundred metres from the car park and the Wangi Falls café does a hearty traditional Aussie burger – egg, beetroot, bacon and the lot. At the base of Florence Falls is another spectacular swimming hole. The steps down to the bottom from the car park are good exercise but there’s also a viewing platform with a birds eye view for less mobile tourists. End the day at Bluey Rockhole, where the series of small waterfalls cascade into terraced pools. It’s a popular spot for picnics too.

Crocosaurus Cove in downtown Darwin is the place to get up close and personal with a crocodile. If you’re feeling brave, take on the Cage of Death. The 15 minute crocodile dive sees you locked into an acrylic glass cage and lowered into a crocodile enclosure. If you’d rather not come face to face with a 5 metre crocodile, holding a baby crocodile might be more your thing. The baby crocs have their jaws taped shut and are handed around for photos throughout the day. There’s also the Jumping Crocodile Cruise on the Adelaide River. One of Darwin’s most popular day trips, it’s a great way to safely see crocs in their natural environment. The Adelaide River is home to more than 1,600 crocodiles.

Lisa was the guest of Tourism NT and Expedia.