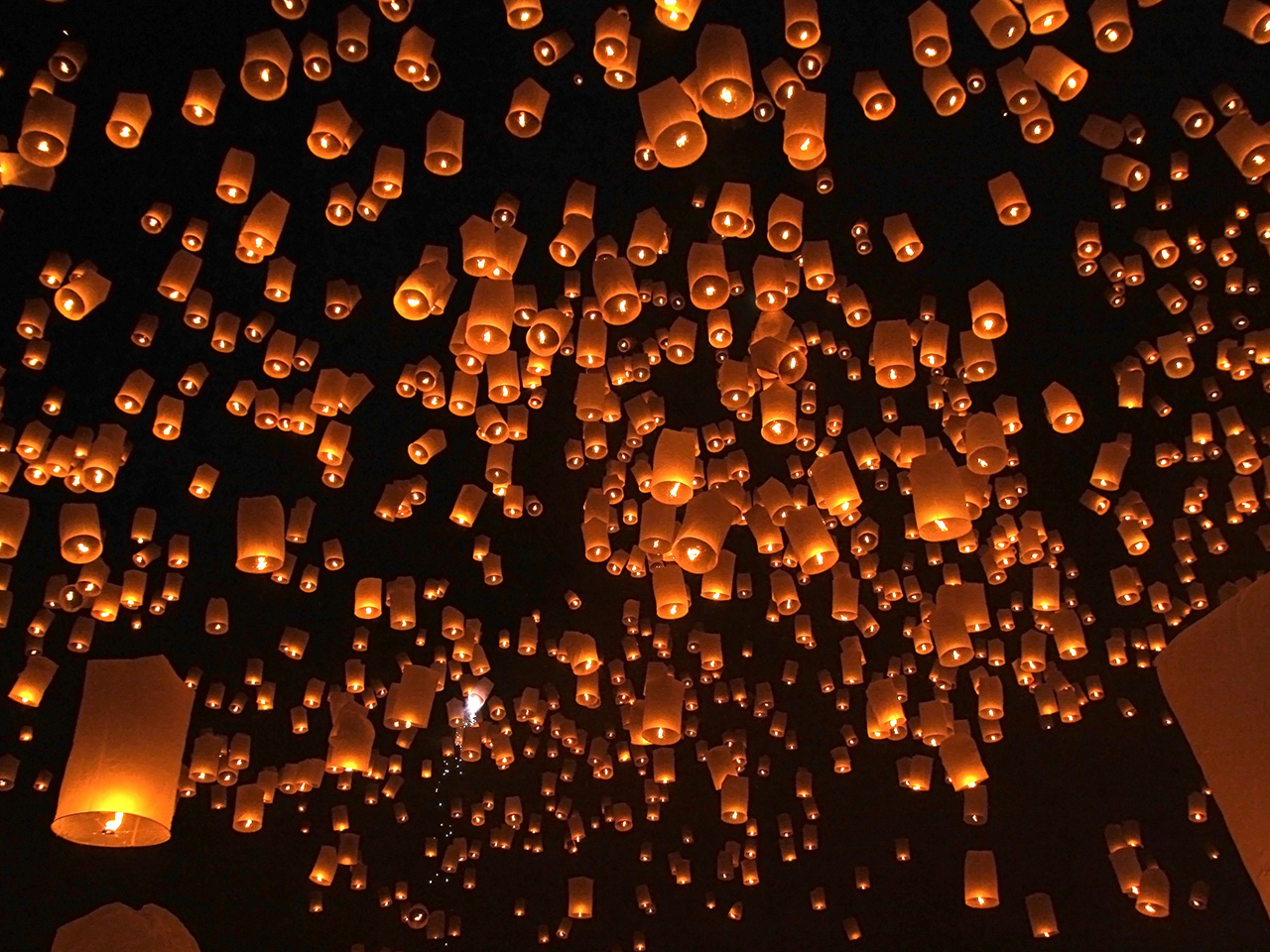 Why spend just one night welcoming the New Year when you could stretch out the celebrations across weeks and around the world. Here’s our Listopedia Bucket List of New Year Festivals.

One of Australia’s biggest festivals, Falls takes place in three different destinations simultaneously – with a few of the big music acts flying between all three venues.

New Year’s Eve is The Falls Fiesta, the big party that begins with a parade and continues well into the wee hours. Along with stages for music, there’s also art and craft stations, yoga sessions and meditation. The Village is the extra special party – hidden in the bush, it sits away from the main festival and is home to a few extra special acts. Circus acts, burlesque performances and plenty of parties. Plenty of people road trip from around the country, bringing their own tents and keeping the car handy in case they need a quick trip out to civilization or the beach.

Australia’s Folk Festival takes place each year in the hinterland of QLD’s Sunshine Coast. As the name suggests, there’s plenty of folk artists – and that includes everything from musicians, sculptures and painters to actors, performance artists, stilt walkers and acrobats. Kids are welcome, with craft and special performances. While New Year’s Eve is a bit event, the festival’s final night, on New Year’s day, is the setting for the final main stage performance. Expect plenty of lanterns, fire and dance. Fondly named “Mudford” by annual attendees, remember to pack your gumboots and a raincoat as the rainforest setting is prone to downpours.

Although technically taking place on the 5th of the first month on the new lunar calendar, this festival draws crowds from around the world to celebrate the start of the New Year. Thousands of rice paper lanterns are launched into the sky over several hours in a spectacular yet simple event. Festival goers simply buy their lantern, write their prayer or wish on the paper, light up the kerosene flame and launch the lantern up into the sky – with launching occurring three times an hour.

This city has proved time and time again that it won’t be beaten and this Chinese New Year Lantern Festival is just one of the great ways the community comes together to celebrate. Hundreds of lanterns brought all the way from China light up Carlton Corner in Hagley Park North. The free event includes food stalls, drumming and rock band performances. Auckland also hosts a Chinese New Year Lantern Festival – with more than 800 lanterns lighting up the streets, martial arts and traditional puppet performances. Sat 22nd Feb, Sunday 23rd Feb from 5:00pm – 10.30pm