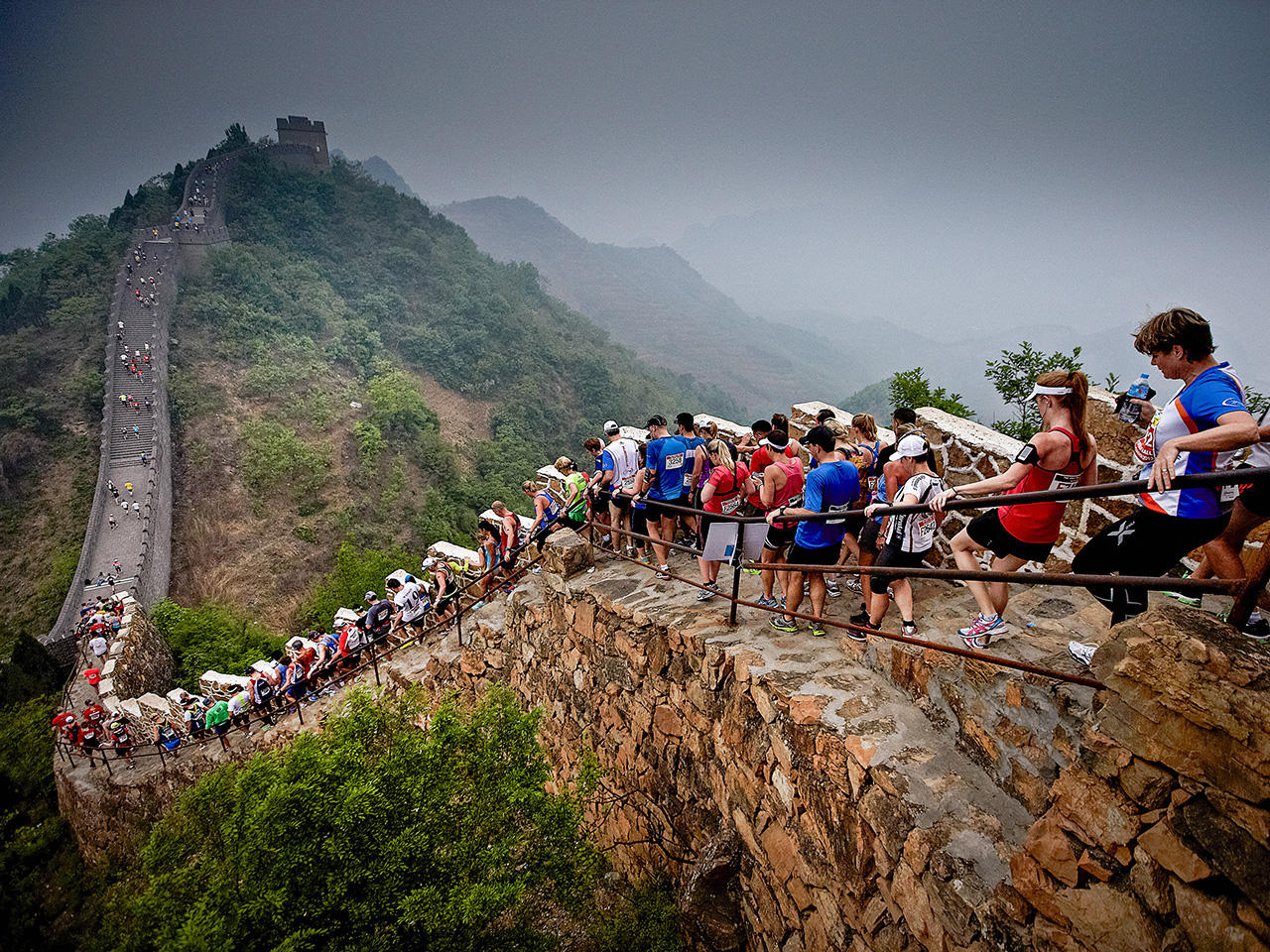 If running some of the world’s best marathons is on your bucket list, then get your trainers on because here are our picks for the classic races in this Listopedia Marathon bucket list.

Great Wall of China Marathon, May 1

You’d better have good calves for the 5,164 steps you’ll be running up and down on the Great Wall. The race began here in 1999 and is considered one of the most challenging marathons in the world. Do prepare for a shuffling crowd at the start and you’ll be using your hands and feet to scramble up by the end.

The Schneider Electric Paris Marathon is one of the five biggest in the world and presents a unique opportunity to see the city. This year 50,000 runners started at the Champs-Elysées and went through the Place de la Bastille and the Bois de Vincennes wood, returning with the magnificent views of the Notre-Dame and Eiffel Tower.

The Virgin London Marathon starts in Greenwich and winds its way past the Cutty Sark, through south London neighbourhoods, crossing the Thames at iconic Tower Bridge and finally heading through the city past Big Ben and parliament buildings to end at St James Park.

The Boston Marathon first set off from the starter blocks in 1897. It’s the oldest marathon in the US and one of the world’s most famous. Runners must qualify to start in certified races held throughout the year – and once they do they get admission to the pre-race pasta party, which is a rite of passage. Several of the injured runners from the 2013 bombings ran in this year’s event, supported by the entire city, crossing the finish line to cheers from the crowd.

The most difficult marathon in the world (or so they claim) starts in Cusco, Peru and runs through the national park along the Inca Trail. With elevations of over 13,000 feet past incredible archaeological sites, it has been described as like running up and down the Empire State Buildings 10 times.

A must-do race for anyone who loves coastal scenery – with the wind in their hair! You’ll run the first half along the beaches then through iconic towns of Ipanema and Copacabana. It may be winter in Rio in July but some years temps have reached 30C. Don’t panic, there are plenty of drink stations dotted along the way.

The Blackmores Sydney Running Festival is your chance to run across the Sydney Harbour Bridge traffic free, then through the Royal Botanic Garden, Darling Harbour, around The Rocks and through Hyde Park before crossing the finish line at the Sydney Opera House. The finishing time has been extended this year to six hours, allowing those who are more absorbed in the scenery to get home.

The Auckland Marathon sees around 17,000 runners off from Devonport and climbs for about one km over the Harbour Bridge, then around Westhaven Marina, along the waterfront of the CBD and the beaches along Tamaki Drive before coming back to finish at Victoria Park.

The New York Marathon, which began in 1970, starts at Staten Island and runs through all five boroughs, crossing five bridges and finishing in Central Park. 50,000 people competed last year and the streets were lined with two million cheering spectators.

Where it all began. The story of the marathon starts in 490BC in the Greek city of Marathon when the citizens of Athens, though outnumbered by the Persian army, overtook them and won the battle. The messenger Phidippides ran 24 miles to Athens carrying news of the victory – and some accounts say he then dropped dead. Whatever the outcome for Phidippides, his run is forever immortalised.