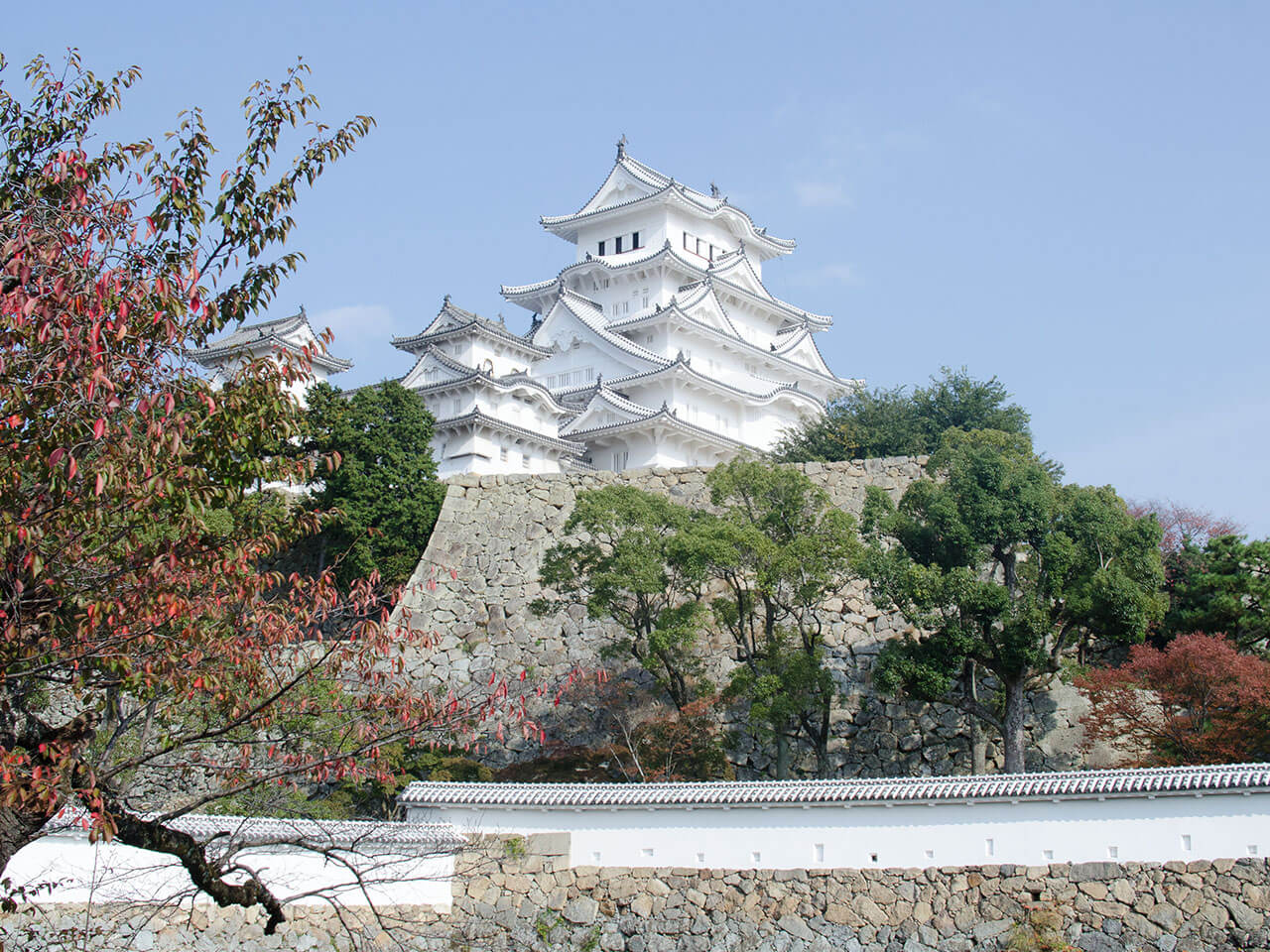 Heading to Japan? Chances are you already have a good idea of the places you want to visit, but wherever you’re headed, there are a few quintessentially Japanese moments to take in along that way. Here’s our Listopedia of essential Japan experiences you need to tick off your bucket list.

From the pork bone-based broth of the tonkotsu-style ramen served throughout Kyūshū (Japan’s third largest island) to the miso ramen that’s peculiar to the northernmost island of Hokkaidō, you’ll find hundreds of variations on the country’s beloved noodle soup depending on where you place your order. And on that subject – let’s talk vending machines. Commonly spotted outside ramen shops, simply insert cash into the machine, make your selection by pressing one of the buttons to receive a card and give this to a chef behind the counter – it’s customary to hold it face up with both hands – and in a few minutes you’ll be sipping and slurping from a steaming bowl of brilliance. And, as most vending machines feature pictures, you can order your ramen topped with a hard-boiled egg, black fungus or seaweed without revealing the limits of your Japanese vocabulary.

2. See the changing of the seasons

Japan’s sakura cherry blossom season (April-May) gets a lot of attention – and rightly so – it’s a beautiful time of year when a walk through one of the country’s parks or public spaces means wandering beneath a veil of delicate pink-white petals. The viewing phenomenon – known as ‘hanami’ – is a decades-old tradition, but it’s wroth remembering that the red, orange and yellow leaves of autumn (November) are equally attractive, especially at night when many places illuminate the trees to make the canopies glow. And while Tokyo’s Ueno and Yoyogi parks make for popular cherry blossom spots, it is Kyoto’s Arashiyama district – filled with temples and a towering bamboo grove – that attracts thousands of visitors come November.

We’re all familiar with the storeys-high video screens, neon lights and larger-than-life road crossing of Shibuya, Tokyo – and it’s often the frenetic and fast-paced face of Japan that we see depicted in films. But slow down and you’ll find the bustling modernity is tempered with historic shrines, temples and palaces at every turn. Hire a bike and join the locals as they make their way through neighbourhoods on two wheels – it’s the perfect way to navigate the narrow alleys of Kyoto’s atmospheric Gion district, or follow the moat that winds its way around the recently restored castle in Himeji.

Find the perfect stay at one of many Tokyo hotels on Expedia.com.au!

A visit to a sento (public bath) to soak in the purportedly therapeutic waters of an onsen (hot spring) is an almost daily ritual for many Japanese people. But before you join them, it’s important to make sure you get your bathing etiquette right: leave your shoes and clothes (yes, this is an experience that is always enjoyed nude) at the entrance to the bathhouse and always wash yourself before entering the pool. The offering can be as simple as a barebones communal bath or as fancy as an on-site stone sauna and intimate private steam rooms.

Before you reach for your chopsticks, go straight to the source with a visit to Tokyo’s famous Tsukiji Market and the 5am tuna auction or, if you aren’t an early morning person, wait until after 9am when a global haul of seafood goes on sale. There are tens of sushi bars serving freshly sliced sashimi lining the market, but if you aren’t prepared to wait in line, save your fishy feasting for Osaka and Endo Sushi, a pint-sized place situated between the city’s fish market and Kyobashi station. A laminated English menu on the wall makes easy work of ordering, but the omakase (literally meaning ‘leave it up to us’) chef’s selection features a dazzling array of popular choices and seasonal offerings – wash it all down with the restaurant’s thick miso clam soup. Endo Sushi, 1-1-86 Noda Fukushima-Ku, Kyobashi, Osaka (www.endo-sushi.com)

Planning to be in Tokyo during January, May and September? Then you have to witness the superstars of sumo do battle during a 15-day tournament at Ryogoku Kokugikan, the national sumo stadium. Decide for yourself if this ancient pastime is a serious sport or a super-sized spectacle from a ringside seat. If you’re there out of season, catch a morning training session at a sumo stable or join the wrestlers at one of the restaurants surrounding the stadium, where they can be found chowing down on a hearty hot-pot called chankonabe. Ryogoku Kokugikan, 1-3-28 Yokoami, Sumida, Tokyo (www.sumo.or.jp) 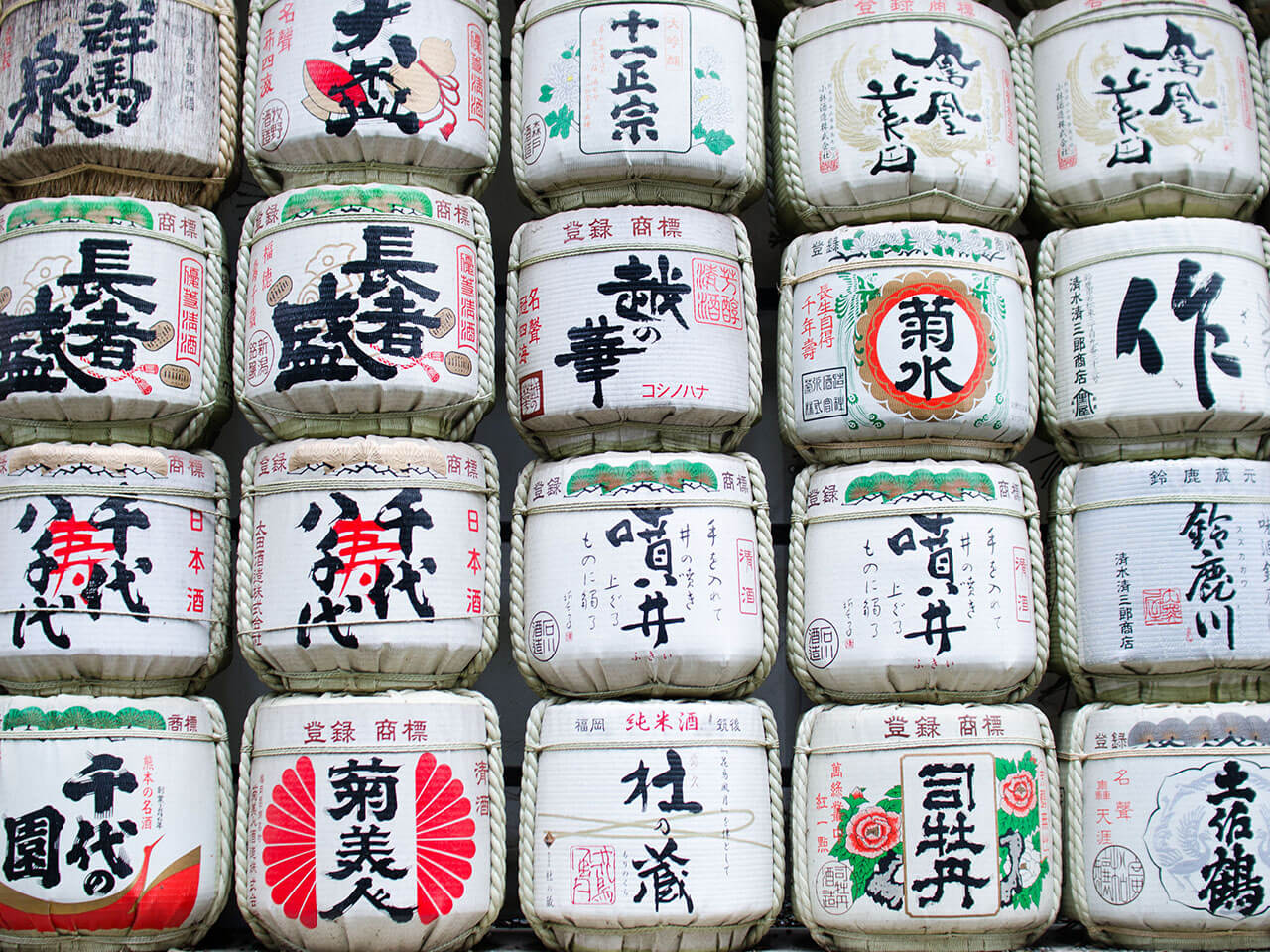 It might be small, but the coastal town of Yoichi is home to the world-famous Nikka Whisky Distillery. Built in 1934 by master distiller Masataka Taketsuru because the remote Hokkaidō location reminded him of Scotland, the distillery uses an increasingly rare traditional method to create its celebrated amber nectar. However, if you can’t make it to the either distilleries (a second opened in northern Honshu in 1969), varieties including the popular ‘From the Barrel’ – a malt whisky that’s matured in American oak – are served at izakaya (pubs) across the country. (www.nikka.com)

Developed during the reign of the shogun, kabuki is Japan’s most recognised art form, where the actors train for their starring role from childhood and many are descendants of the Edo-era greats. You can take in a dramatic performance and see the elaborate costumes up close in a number of cities, but Tokyo’s gold and red accented theatre was recently restored by architect Kuma Kengo and combines old-school elegance with modern design. Expect theatrical flourishes, striking set pieces and elaborate stage craft. To buy tickets to a kabuki show Tokyo, Osaka or Kyoto, visit: www.kabuki-bito.jp.

Japan has had a centuries-long love affair with the humble grain and nowhere is this more obvious than Akomeya in Tokyo’s buzzing Ginza district. A lifestyle shop that’s dedicated to the stuff, it stocks 20 different varieties. But it’s not just for eating, it’s also for drinking – so be sure to check out a sake-producing region. Kobe’s Nada district is home to several producers as well as the Hakutsuru Sake Brewery Museum, where you can learn all about the transition from grain to glass, sample hot and cold varieties and even taste a sake soft serve ice cream. Akomeya, 2-2-6 Ginza, Chyuo-ku, Tokyo (www.akomeya.jp). Hakutsuru Sake Brewery Museum, 4-5-5 Sumiyoshi Minamimachi, Higashinada Ward, Kobe (www.hakutsuru.co.jp)

Nicknamed ‘bullet’ trains due to their high speeds and elongated, curved noses, a trip on Japan’s Shinkansen network (comprising more than 2000km of tracks) not only makes getting around super-speedy (the journey between Tokyo and Osaka takes just two and a half hours) it’s also a trilling experience in itself. Pick up a bento box for the ride and sit back in the clean, comfortable surrounds as the train races along at speeds of up to 320km per hour.