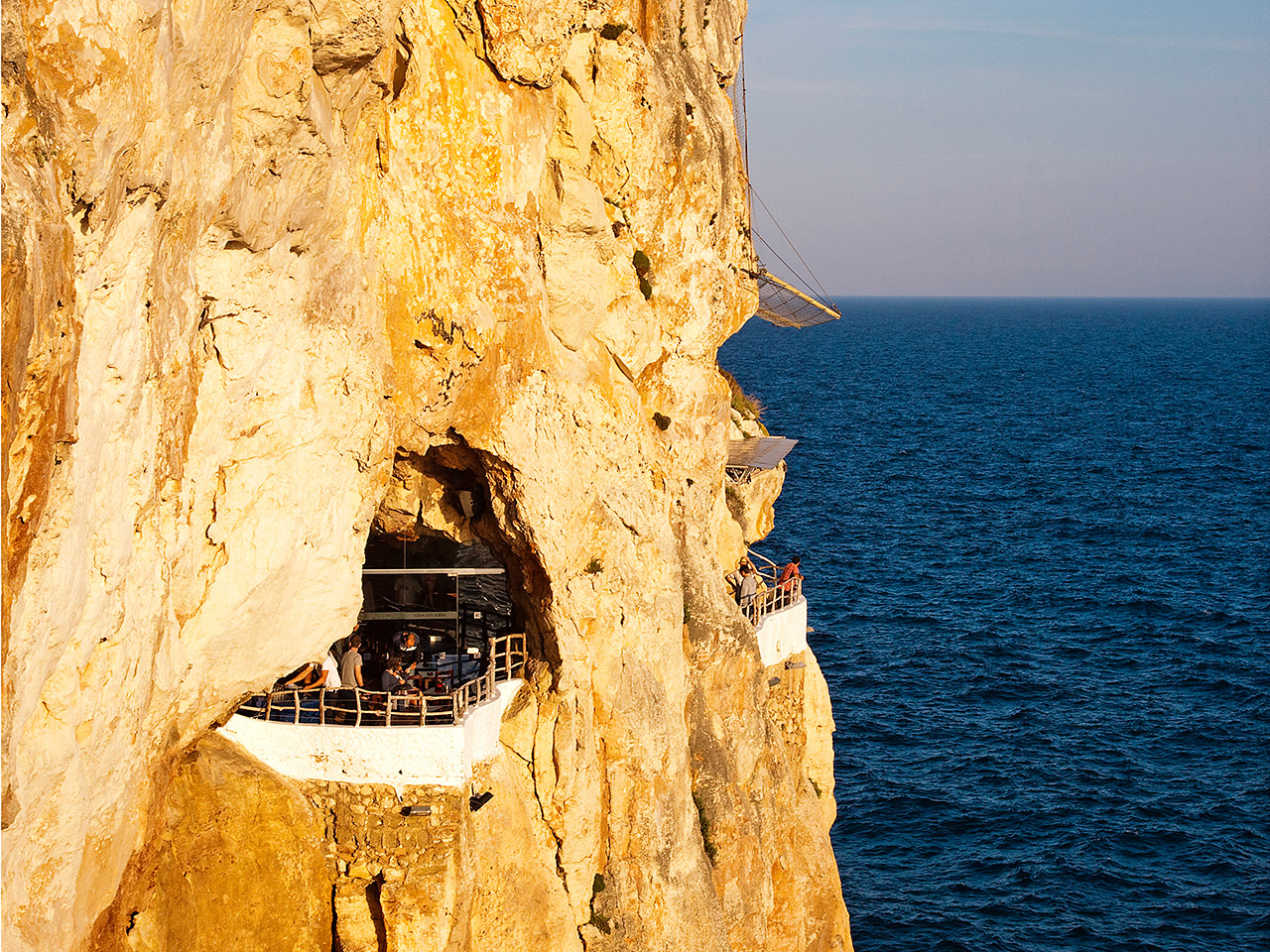 Heading to Europe and like your Aperol Spritz with a dash of drama? If you like living close to the edge, check out Expedia’s Listopedia of Europe’s must-visit bars on the edge. With spectacular views, these bars are worth the effort to get to!

Literally translated to “hole-in-the wall”, this bar sidles up against Dubrovnik’s historic walls on one side and is just metres from the ocean on the other. Void of signs and vaguely distinguishable on maps, part of the fun of Buza Bar is finding it. Persevere through the narrow, cobblestoned entrance and wait for your jaw to drop when the Adriatic Sea crashes against the rocks, adding a little salt spray to your white wine spritzer.

Menorca’s famous beach village of Cala en Porter is home to this open air bar that’s actually tucked into a natural cavity within the island’s cliff face. Legend has it the cave was the home of a shipwreck survivor, Xoroi. After exploring the mysterious corners and connected corridors of this cave, secure a spot on the terrace to take in the dramatic coastline. From here, you can catch the sunset then dance into the night as the bar transforms into one of the island’s most popular club.

Northern Lights Bar – the name says it all. Set against a backdrop of windswept lava fields, Ion Adventure Hotel is home to the Northern Lights Bar and is one of the best spots to watch the Aurora Borealis in all its glory. The bar looks straight out over Lake Thingvallavatn so grab a window seat and start sampling the range of beers, liqueurs and spirits from Iceland’s many microbreweries until the sky lights up. 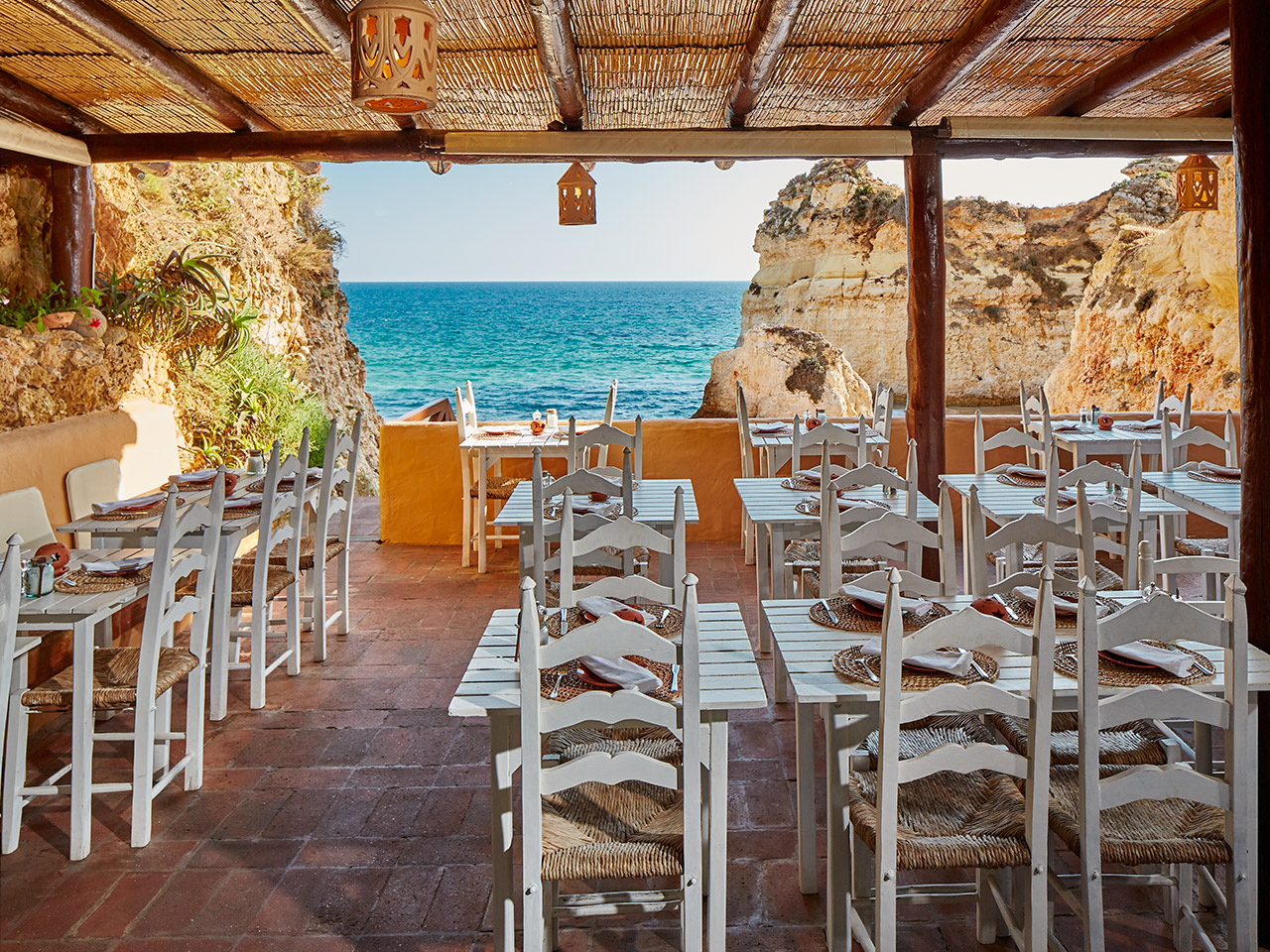 Off the southern Lazio coast sits Ponza Island – the main island of the Pontine archipelago. Known as the Hamptons of Italy, the island offers respite for locals escaping Rome’s heat. The Grand Hotel Chiaia di Luna’s bar is the perfect spot for a long lunch – savour views of the jagged cliffs and white domed roofs over a limoncello or two.

Watch the sun drop over Santorini’s caldera from this stunning setting. The hotel’s infinity pool bar has unobstructed views out over the ocean and is the perfect spot to watch the picturesque village of Oia light up as darkness falls. The all-day menu means you can start early and settle in for the evening.

Sitting like an eagle’s nest on an eyrie, Gourdon’s medieval village is literally perched in the French Alps. Once you’ve explored the historic castle, make your way through Gourdon’s narrow streets to the church square. Off the square is where you’ll find La Taverne Provencale, a bar and restaurant overlooking the Gorges du Loup. This is no ordinary bar. The panoramic vista looks out across more than 80 kilometers of the French Riviera. On a clear day, keen eyes will pick out Corsica and paragliders soaring through the valley.

On the other side of the Alps, the Hotel Edelweiss’s terrace is the spot to soak up spectacular views of the Eiger, Monch and Jungfrau mountain ranges, as well as the Swiss Alps. Head to this popular après-ski bar in the early afternoon to enjoy a few drinks and watch the snow-capped mountain peaks turn from red to orange as the sun goes down. 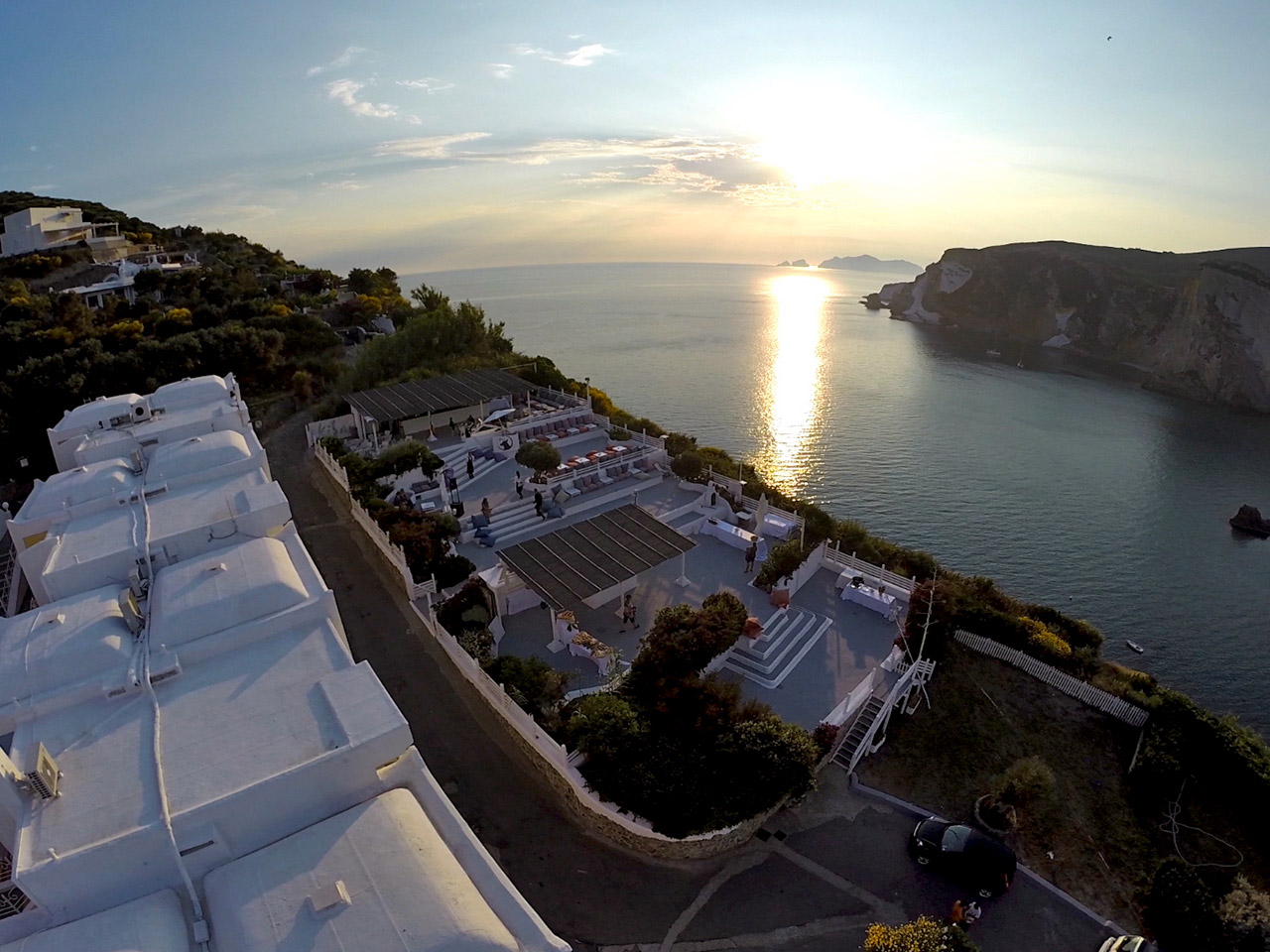 Caniço Bar is one of those places you have to see to believe. Wedged between cliffs on Algarve beach, an elevator takes you from the cliff tops, through the rocks and opens onto a picturesque cove. For those who aren’t as comfortable with heights, you can enjoy the view from sea level while taking a dip on the private beach or enjoying a Portuguese wine on the terrace.

While this is technically a restaurant, if you’re visiting Bari in Italy you must enjoy a drink and a bite to eat at Grotta Palazzesse. The enchanting restaurant is built inside a cave carved out centuries ago, and offers stunning views over the Adriatic Sea. Tucked right into the cliff face, the restaurant is located 74 feet above sea level – the perfect height to watch the waves crash against the rocks beneath you. 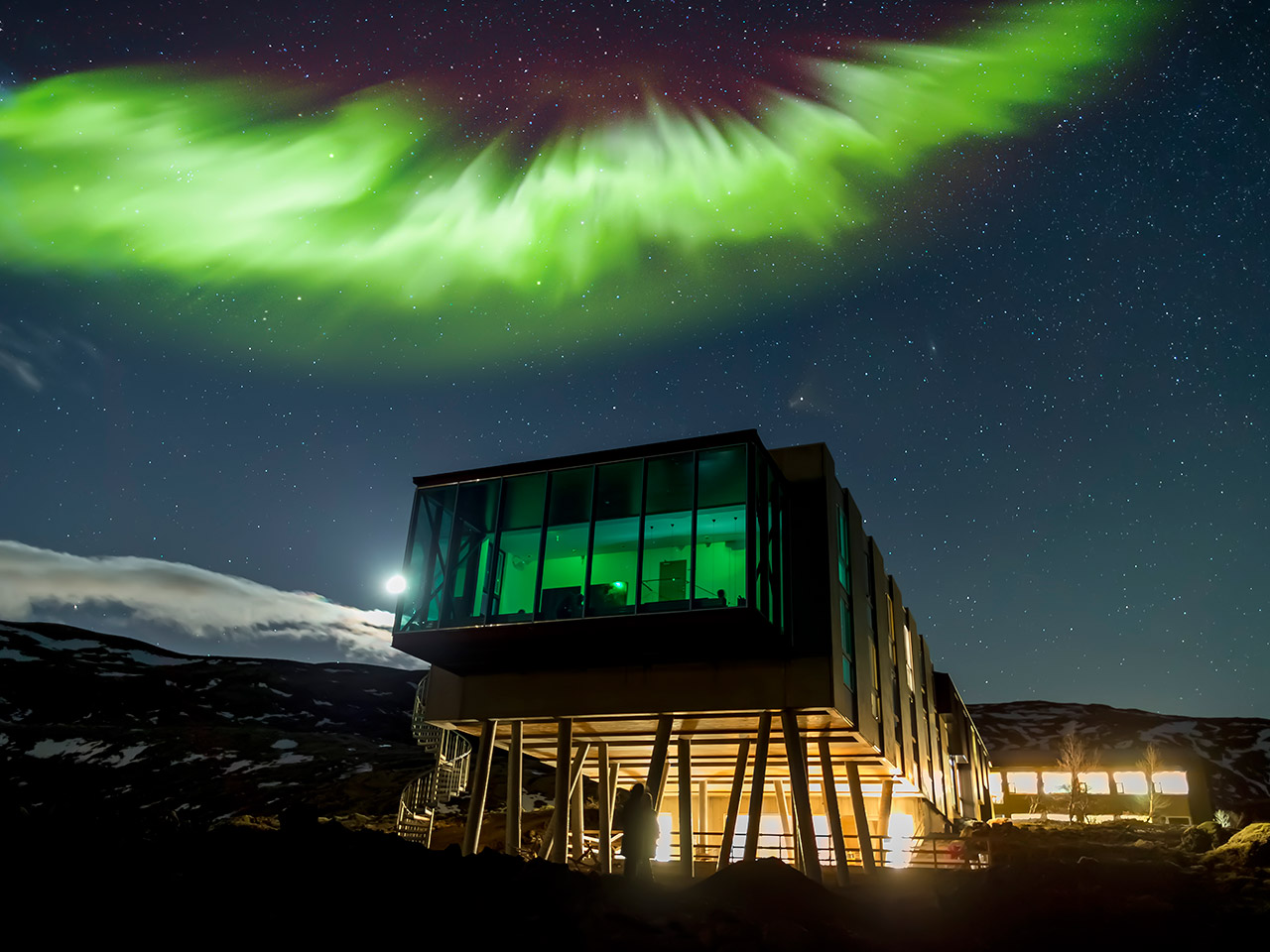