Listopedia: Adelaide’s best drinks and where to find them - Expedia Australia Travel Blog 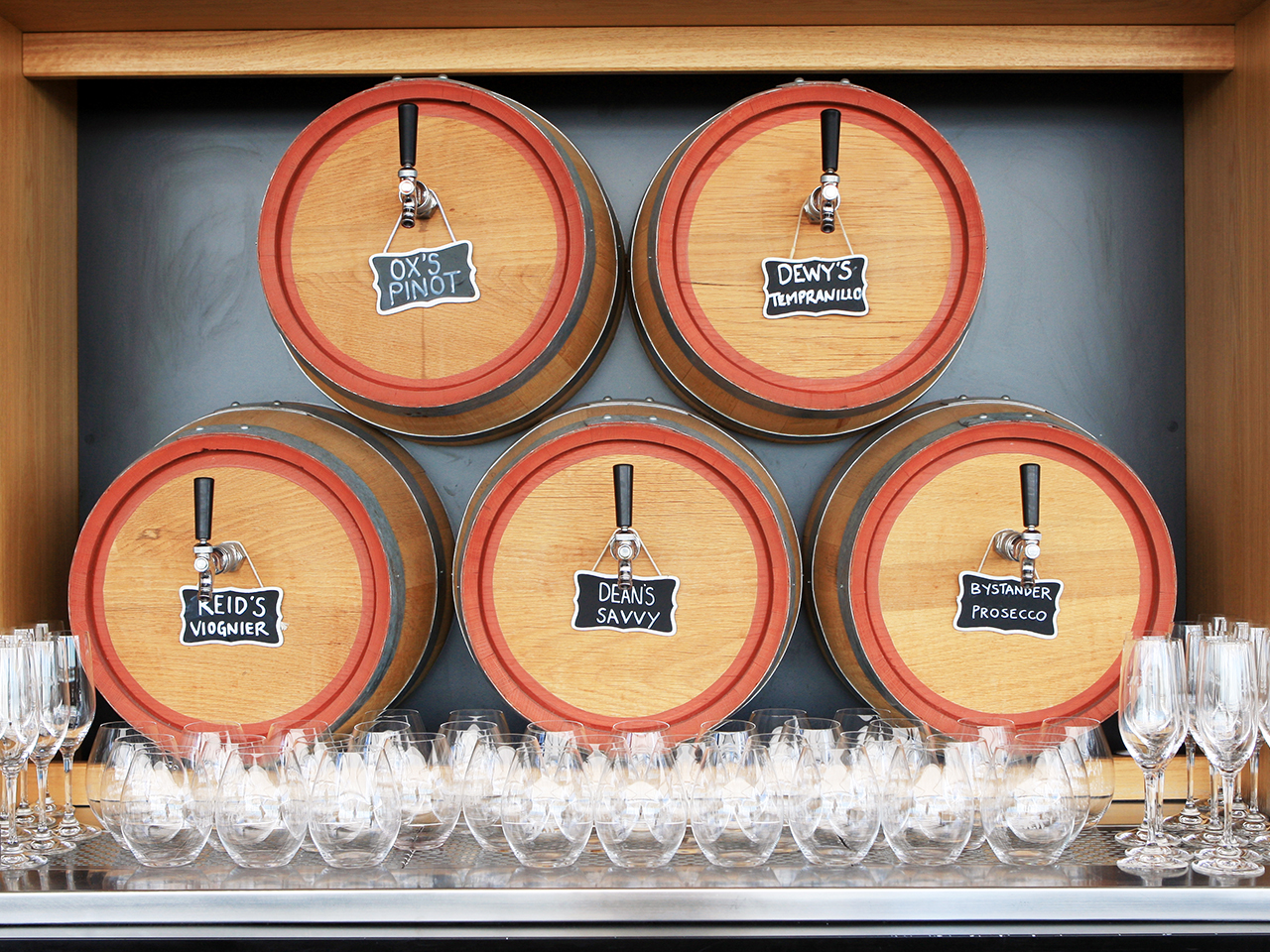 When you’re in the Wine State, you’d be wild not to have a tipple or two – but the good news is you don’t have to go all the way to the Barossa to try some of South Australia’s best drops. And these days it’s not just about a bold shiraz. From gin and tonic themed bars to crowd-funded craft beer pubs, we’ve put together a bucket list of Adelaide’s best watering holes.

Keen to drink at the most elegant watering hole in town? Head straight to the Mayfair’s rooftop bar. Hennessy sits atop one of Adelaide’s newest luxury hotela, inside a beautifully restored building, and provides a very lush setting for you to sample the local drops. Think animal skin rugs, beautiful chandeliers and a wrap-around terrace looking down on the city. Mixologists behind the long marble bar are more than happy to whip you up something experimental with a favourite local gin and some of the hotel’s very own rooftop honey. 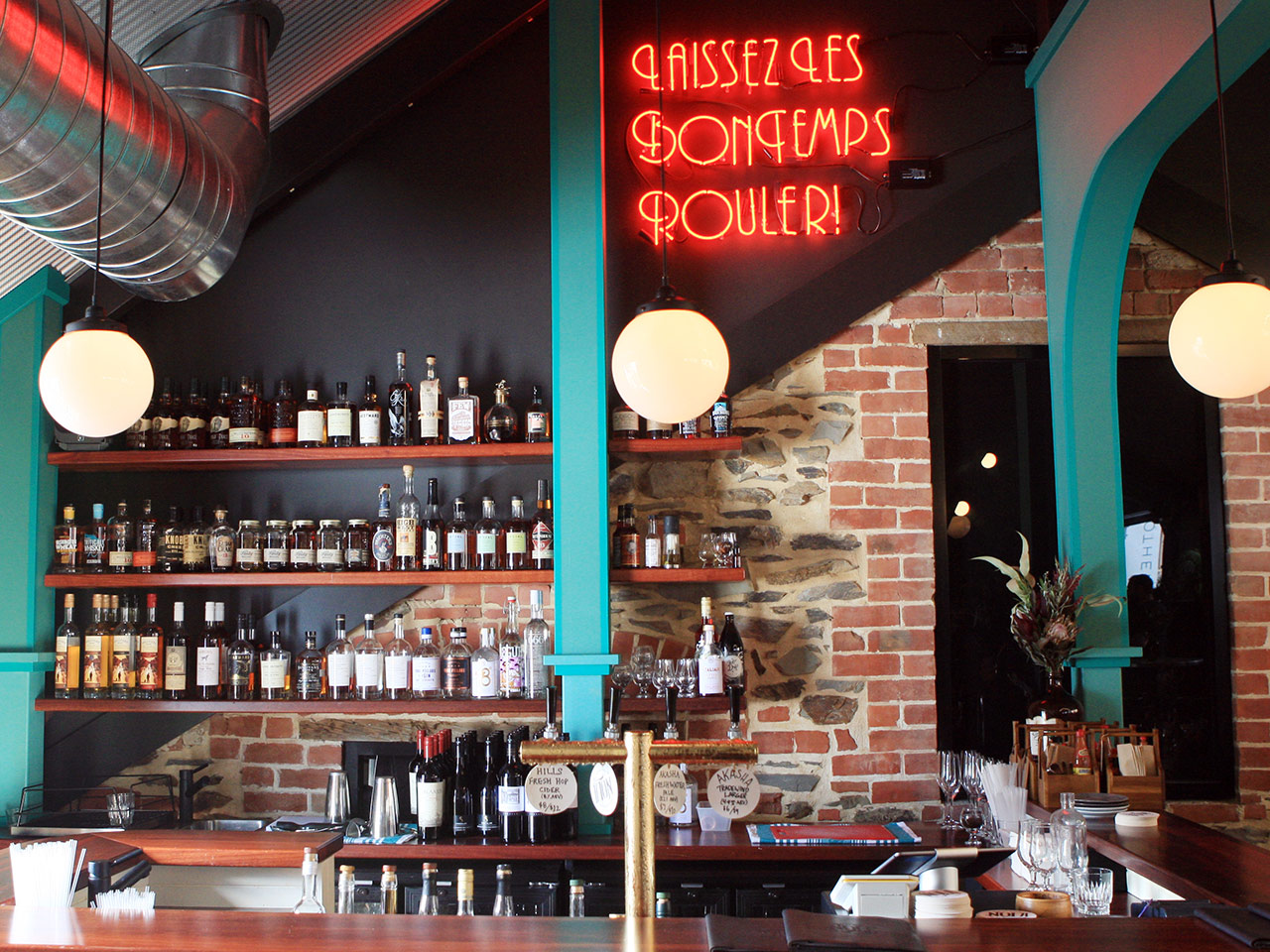 2KW – best for local wines by the glass

If there’s one spot for a sundowner in Adelaide, it’s this trendy rooftop bar. Located at number two, King William Terrace (hence the name 2KW), the bar looks straight down onto Government House Grounds and Adelaide Oval. It’s a sublime spot to watch the city skyline change colour as the sun sets, so grab a table out on the terrace and settle in to sample local wine – 2KW works with a range of local winemakers, with rotating barrels that sit behind the bar and can be poured by the class. They’ve also got the last decade’s vintage of Grange if you’re going all out, and they even sell a few by the glass. Sample a few different local drops before you head out to the wine regions – all in the name of research! There’s also an extensive local beer menu, with eight out of the 13 on offer from Australia. 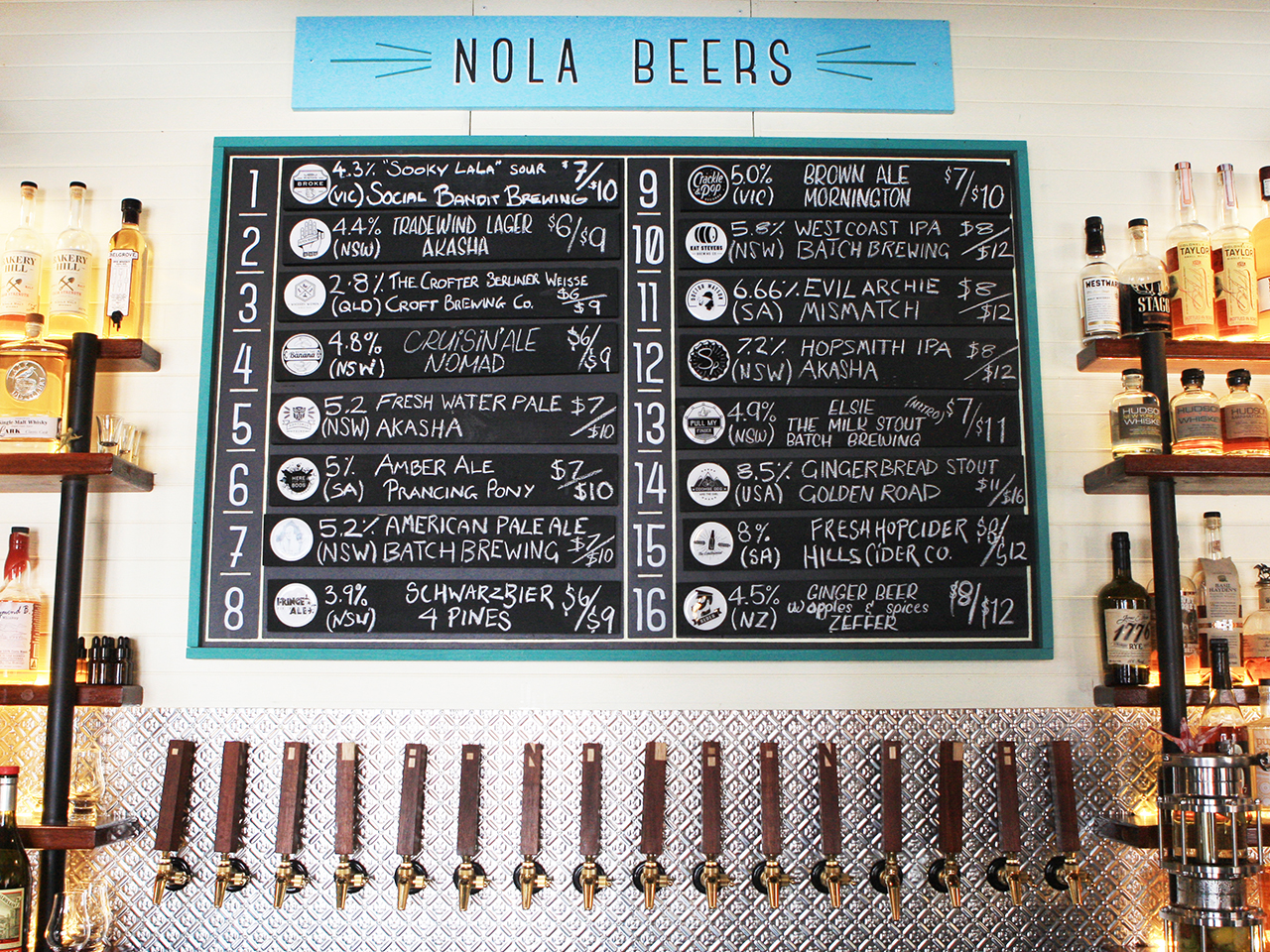 Calling all craft beer connoisseurs. Nola sits right down the eastern end of Rundle Street and is a hidden treasure trove of boutique beer with a fun New Orleans vibe – and the only bar in the city to have crowd-sourced taps. Prior to opening, the bar funded its taps through Pozible, asking people to buy in and “own” each of the 16 taps. That meant the taps weren’t contracted and can be rotated to pour local and international craft beers. Tasting paddles are a good way to get through a few of the different beers. Pace yourself; there’s also more than 60 whiskeys and some great local gins. Award-winning Adelaide Hills Distillery’s 78 Degrees gin is the bar’s first pour and is definitely worth sampling. With a New Orleans vibe, the bar also specialises in Creole and Cajun food, local whiskeys and has a very good selection of local gin. 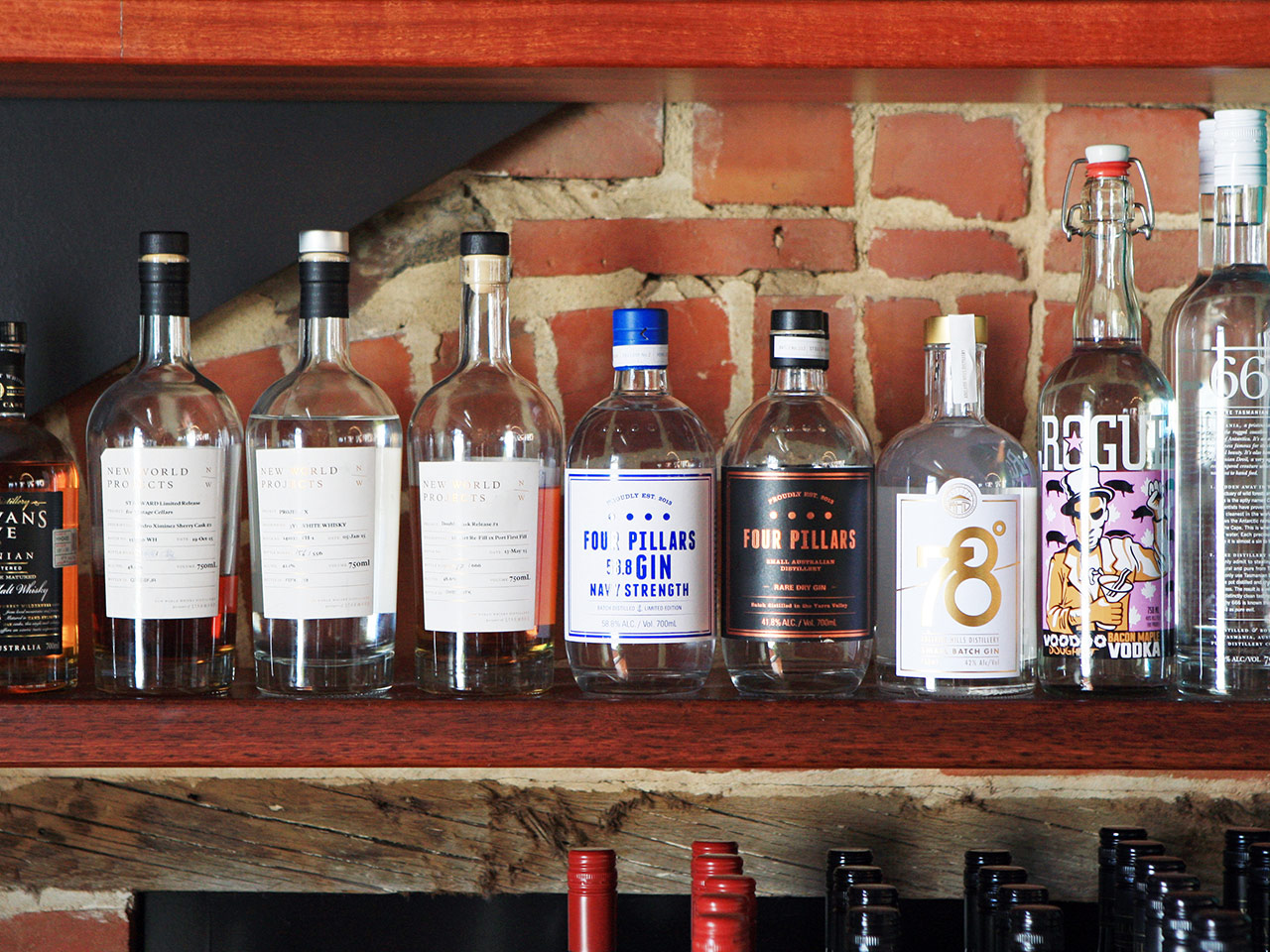 If you’re into gin, make a beeline for Hains & Co, a gorgeous nautical-themed bar tucked into a laneway off King William Street. The bartenders take great pride in their work, especially when it comes to the gin. Owner and self titled “Admiral” of the ship Marcus Motteram has gone to great lengths to bring small-batch and rare gins to the city. There’s an entire page on the menu dedicated gin cocktails – Marcus and his team will take you on a journey through South Australia, from Adelaide and Kangaroo Island, and then all the way across to Tasmania. His team has at times even included the gin makers themselves – our bar tender was the brains behind locally acclaimed Ounce Gin. Even if you just order a gin and tonic, expect the unexpected at this larger than life bar. 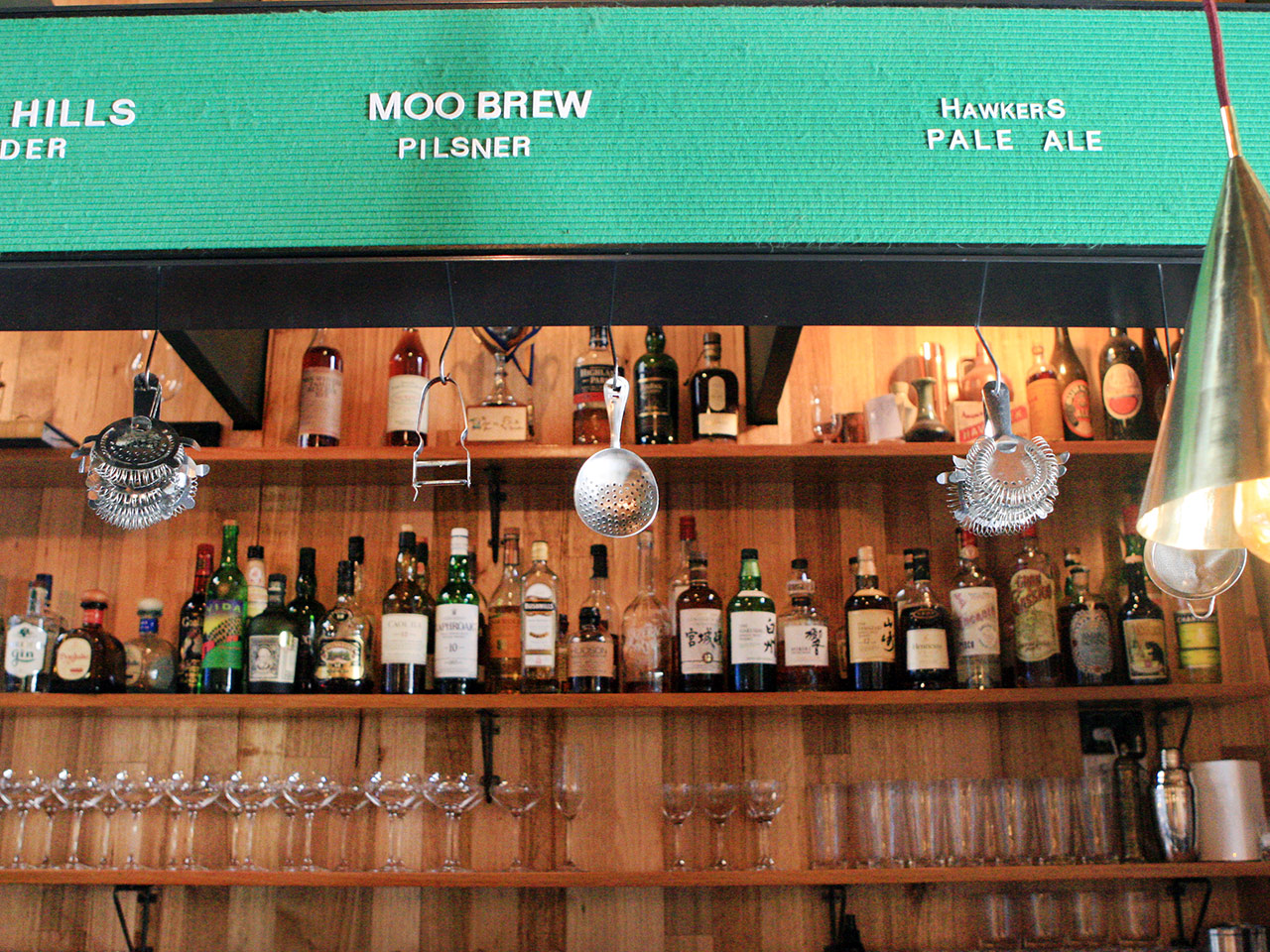 Taking the award for the cutest bar on this list, and actually legitimately an international award-winner, Pink Moon Saloon wouldn’t look out of place in a European ski village, but is squeezed between the tall buildings of Leigh Street’s pedestrian strip. The mountain chalet-esque bar is just four metres wide but extends back into its own laneway, and is almost akin to drinking in a wooden ski cabin in summer. Don’t worry, there’s plenty of room behind the bar and its kept well stocked with local and international drops. There are some great local white wines on the menu, available by the glass, so grab a seat towards the rear of the bar and work your way through the Adelaide Hills.

Now if you’re in town for one of Adelaide’s major events (Fringe Festival, WOMADelaide, Festival of Arts, Tour Down Under – just to name a few), the sleek and stylish Collins Bar is a great spot for celeb spotting. Located inside the Hilton hotel, it’s been the setting for many a post-race bevvy or pre-show draught. It’s a major watering hole for cyclists in town for the Tour Down Under in January. There’s a good selection of local gins and whiskey, and an extra special wine-by-the-glass menu for premium wines.

Other bars to check out