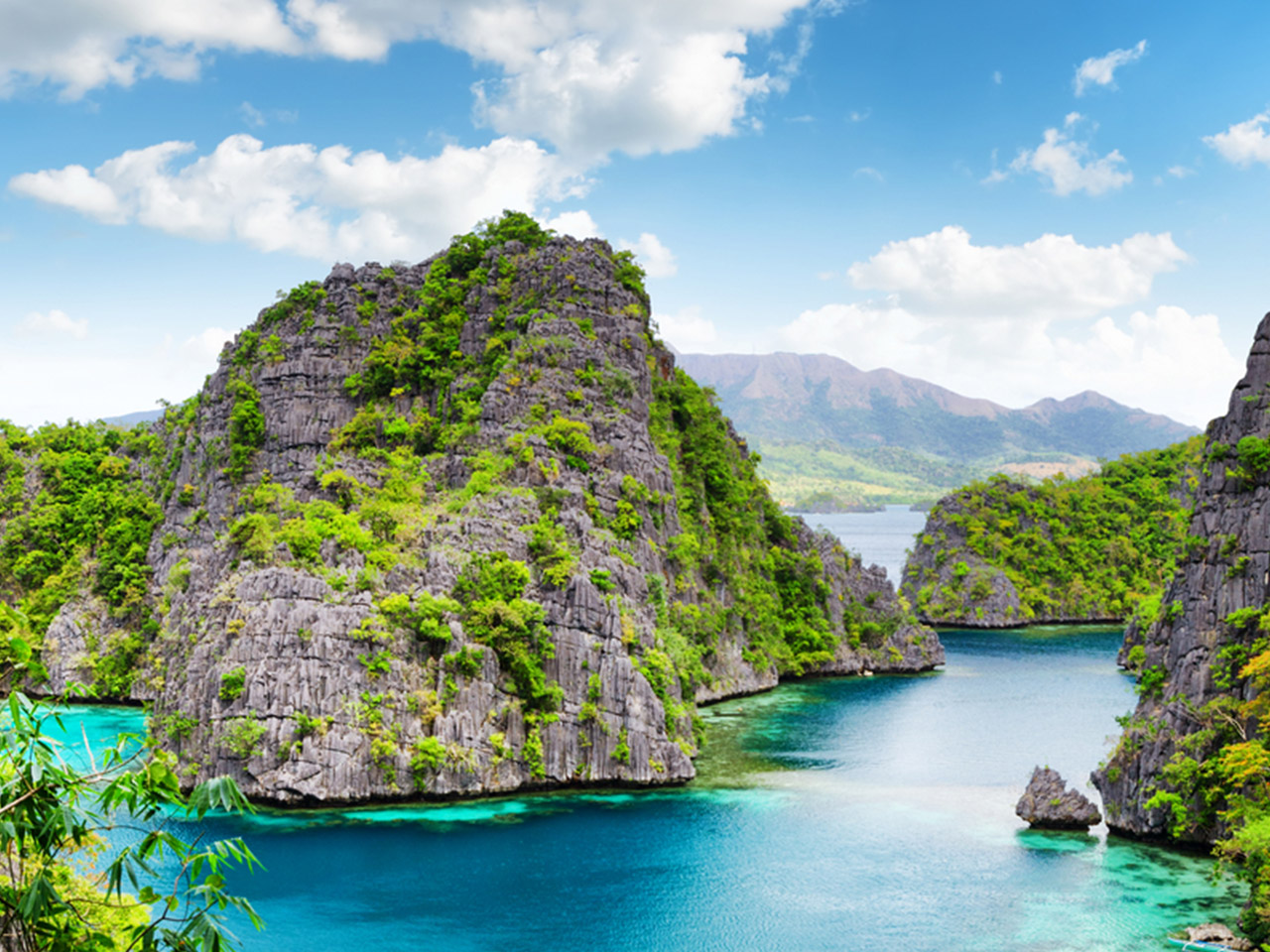 Already been to Venice, London, Rome and Paris? How about Fiji and Bali? If you’re after something different in 2014, here’s our Listopedia Bucket List on the must-see destinations in 2014.

Unspoiled and sparsely populated, local interest in Palawan – which plays host to two UNESCO World Heritage Sites along its narrow coastline – grew in 2013 and is set to continue well into 2014, even as the island continues to rebuild following Typhoon Haiyan. Accessed via Manila, its white sandy beaches, lush jungles and some of the world’s best diving make it the perfect combination of relaxation and adventure. Three hotels to try: Apulit Island Resort (Apulit Island Tatay), Miniloc Island Resort (El Nido), Club Paradise (Coron)

As cruising continues to rise in popularity with Australian travellers, so does Japan as a cruising destination. Combining culture, history and natural wonders, Princess Cruises is sending two ships to tour around Japan between March and October, 2014. Round trips aboard the Diamond and Sun Princess vessels depart from Tokyo and stop in Aomori, Maizuru, Nagasaki before heading over to neighbouring countries including South Korea and Okinawa.

The Great Barrier Reef should be on everybody’s bucket list, but to really experience the reef it’s worth doing more than just a day trip from Cairns. The Whitsundays consists of 74 tropical islands (only eight are occupied) situated in the Coral Sea and is home to the world- famous Whitehaven Beach, Hamilton Island, snorkelling and – as the name suggests – plenty of stunning coral. With a range of accommodation options, from the super-luxe One&Only resort on Hayman Island to family-friendly resorts like the Palm Bungalows on Hamilton Island, there’s something for everyone. Three hotels to try: Reef View Hotel (Hamilton Island), BreakFree Long Island Resort, Daydream Island Resort & Spa

A wine region often overshadowed by the likes of the Barossa Valley and Margaret River, the Yarra Valley follows the Yarra River through patches of rainforest and rolling farmlands. Wine lovers will enjoy immersing themselves in local vineyards and sampling the latest cellar door offerings and local products, before retreating for a cozy night in by the fireside. Three hotels to try: Yarra Valley Lodge, Balgownie Estate Vineyard Resort & Spa, Yering Gorge Cottages

Christchurch has emerged from a turbulent few years buzzing with energy, creativity and a strong sense of community. While the city is still rebuilding, pop-up bars and new dining and shopping options are positioning the city as a must-visit on the way to exploring New Zealand’s stunning South Island. Travellers can experience not only Christchurch’s history by punting down the Avon River or exploring the Botanic Gardens, but also its sustainable future, with Christchurch’s Cardboard Cathedral and shops made from shipping containers. Three hotels to try: Novotel Christchurch Cathedral Square, Rendezvous Hotel Christchurch, Chateau on The Park

Yes, there really are island destinations other than Bali in Indonesia. Just to the east of Bali, Lombok is rapidly growing in popularity thanks to direct flights from Perth, its pristine beaches, the big surf breaks on the south coast and its proximity to the famed Gili Islands off Lombok’s northwest coast. With luxury villas and hotels, travellers can replace the hustle and bustle of Bali for seclusion and pure relaxation. Three hotels to try: The Oberoi, Jeeva Klui Resort, The Chandi Boutique Resort

One of England’s most well-preserved historic cities, nourished by natural hot springs, Bath offers stunning Georgian architecture and quintessential English beauty. Taking to the natural thermal waters in Bath, discovered by the Celts and Romans more than 2,000 years ago, is a unique experience and will be easier than ever for guests of the Gainsborough Bath Spa Hotel. The hotel is set to open early in the new year and rumoured to be the first hotel spa in the country to use natural thermal water in its treatments. Three hotels to try: Oldfields House, Hilton Bath City, Royal Crescent Hotel

Whistler and Banff are well-known to Aussie travellers, but Kamloops, to the north east of Vancouver, has put itself firmly on the radar. With skiing, mountain biking, golfing, horseback riding, cowboy festivals, kayaking, hang gliding, scuba diving, roller derbies, snowshoeing and even dogsledding, there’s plenty to keep anyone busy during the day. There are also endless shopping, dining and spa options for downtime. Three hotels to try: The Plaza Hotel, South Thomspon Inn & Conference Centre, Delta Sun Peaks

America’s country music capital could give New York a run for its money, with music played 24/7 in bars, restaurants and even on the streets. Famous for its fried chicken, sampling the local produce is a must. Beyond the city, visiting the plantations for a history lesson is recommended. Three hotels to try: Union Station Hotel, Autograph Collection, Marriott Vanderbilt, Omni Nashville Hotel

The Greek Islands have always been an iconic holiday destination and the sight of Santorini’s signature white buildings against the backdrop of the Aegean Sea will never get old. Pick a new way to explore this year – island-hopping on local ferries, cruising on mega ships or settling in for a week of luxury on this piece of paradise. Three hotels to try: The Majestic Hotel, La Maltese Estate , Rocabella Santorini Resort & Spa

Next post Listopedia: Movies that make you want to travel