Playing in Las Vegas’ Sandpit with Dig This 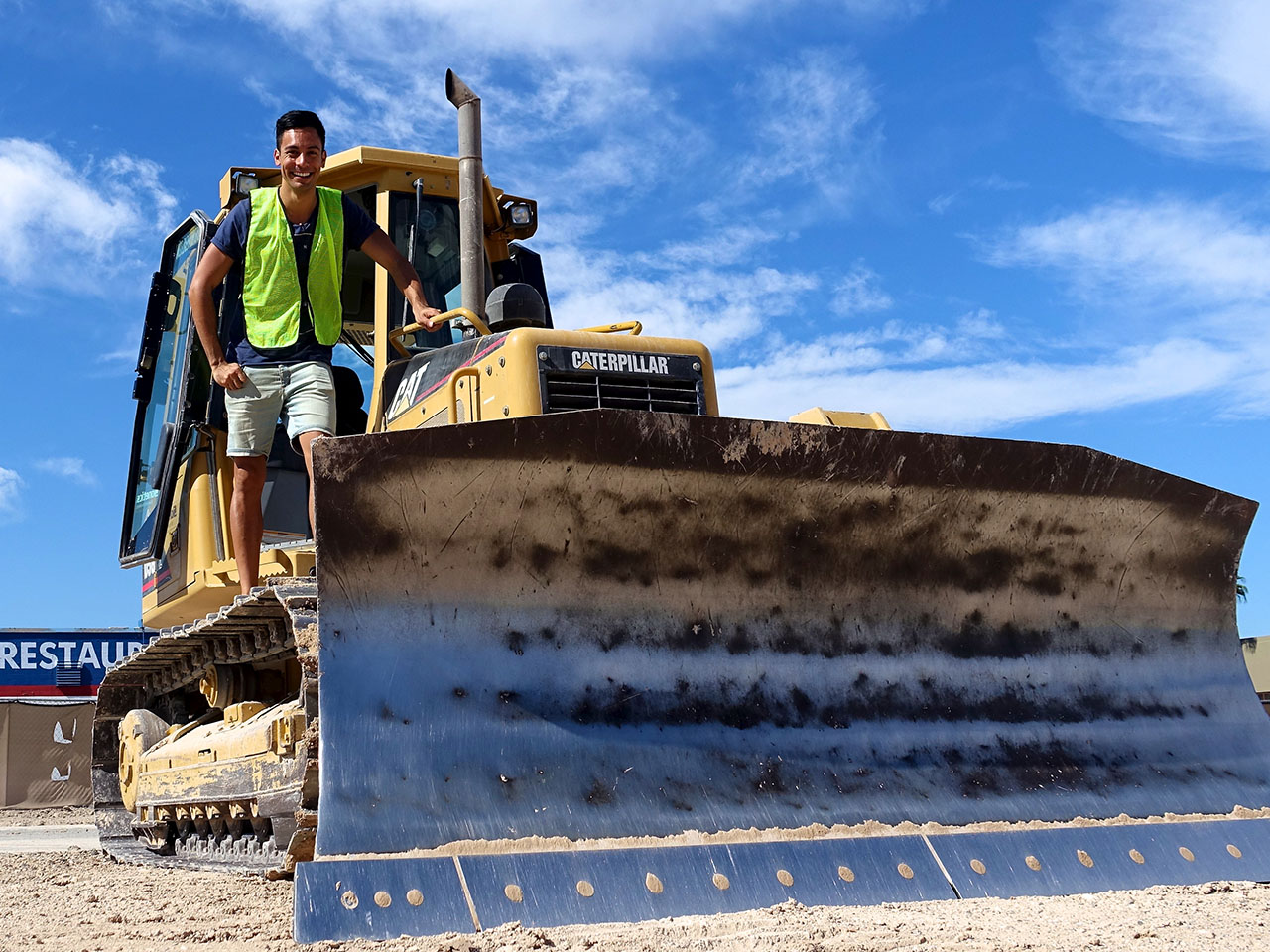 For many people, a trip to Las Vegas is all about being a kid again – it’s a wonderland for adults, where responsibilities and maturity often get thrown out the window. Alongside the poker machines and roulette tables is a place where you can re-live one of your fondest childhood memories – playing in the sandpit with toy trucks. There’s one slight modification though. You’re not playing with toy trucks. Full size, heavy duty machinery, with a price tag of over $200,000 aren’t your typical Tonka trucks.

Dig This Las Vegas is literally a giant sandpit, where you can play with excavators and bulldozers. It’s as simple as it sounds. After a brief classroom instruction session and breathalyzer test, you’re literally thrust straight into the driver’s seat. Through the instructor’s intercom and your headset, you’re guided through the operating mechanisms of whatever heavy duty machinery you’re operating.

It’s an empowering experience. You’re literally controlling a twenty tonne piece of metal all on your own. You’re digging trenches, and throwing dirt around, all just because you can. You’re spinning around in circles, flipping giant tyres, zig-zagging around cones and making sand castles in bull dozers, even playing basketball in excavators.

From teenagers to individuals in their 80s, mothers and die hard truck driver wanna be’s, the appeal is universal. It’s something many of us can relate to – hours of playing around in sand pits as little kids, years of driving past construction sites. This time you’re now taking the wheel, literally, of a new and unfamiliar skill. But it’s also just such a ridiculously out of the box thing to do on vacation in the United States. And let’s be honest, if there’s anywhere in the US that will let you jump into ridiculously expensive, heavy duty machinery, it’d have to be here, in Las Vegas.