A wee drive around Ireland 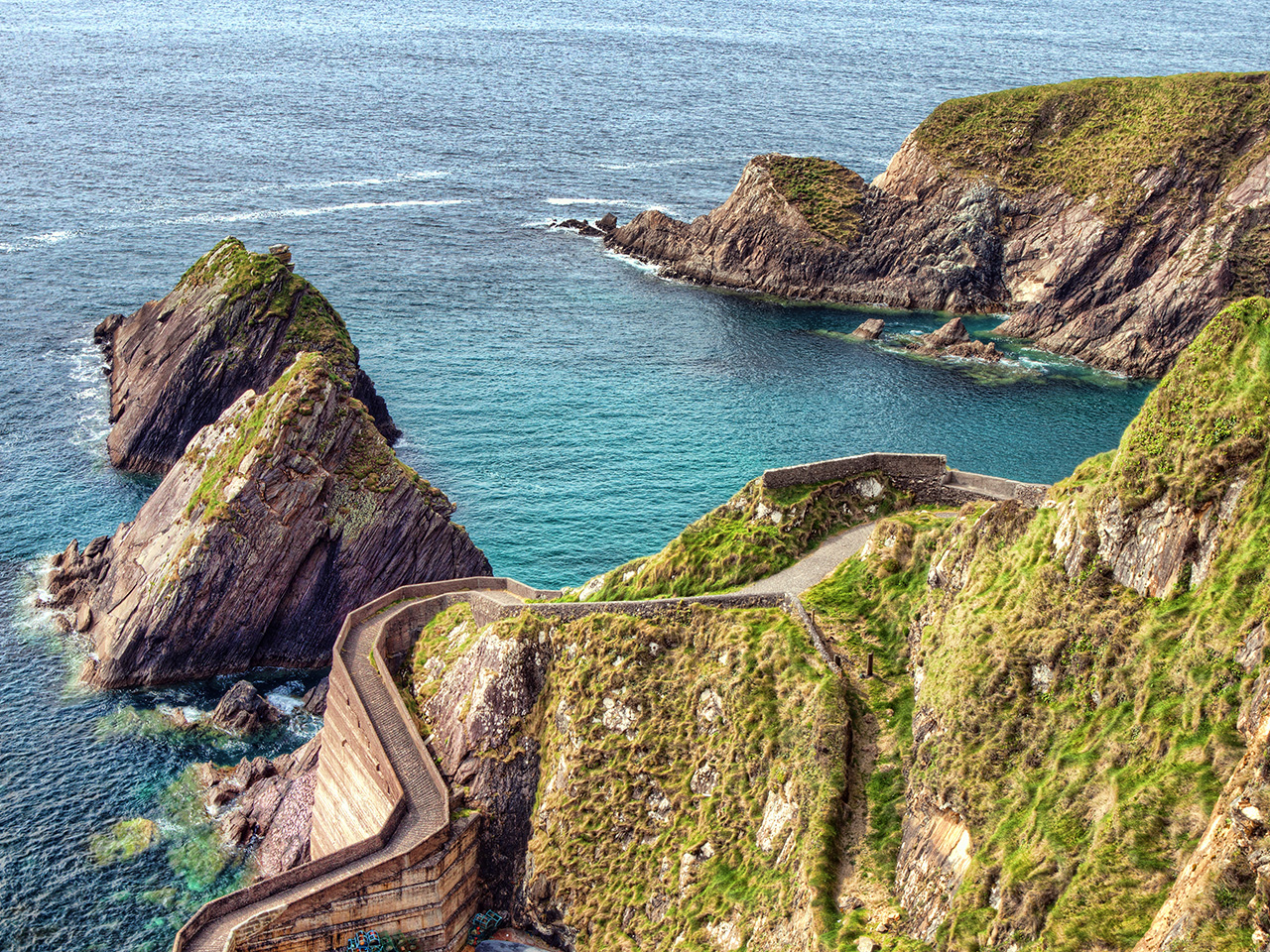 Driving around Ireland is easy peasy. They drive on the left, just like us, and the roads are well signposted, which is more than I can say for some New Zealand cities!

The best thing about hiring a car for a few days and tootling off at your leisure is the freedom to stop when and where you like. It’s quaintness upon quaintness at almost every turn, and your only lament might be that you didn’t plan enough time to get from point A to point B to stop and see it all. Expedia’s Aussie travellers usually start off with 2-3 days in Dublin before heading out on the road.

Ireland is a small island. At its widest it’s only 275km, so theoretically you could cut straight across from Dublin in the east to Galway in the west, in two hours. Except you wouldn’t. You’d take the long way round and spend a week exploring.

With my GPS from home, preloaded with UK maps, and the recommendations of friends ringing in our ears, my cousin and I set off for a four-day whirlwind tour.

Dublin to Cork via Waterford

Heading south out of Dublin, our first stop was a mere 20 minutes away at the beautiful Powerscourt Estate. Our first mistake was not allowing enough time to tour the gardens which includes the pet cemetery, Italian Gardens, the Japanese Gardens, Triton Lake and the Tower Valley full of soaring trees planted up to 200 years ago. Instead we sat on the veranda of the 800-year old manor and had cream tea.

A stop at Waterford was always on my to do list because I was keen to buy a piece of the famous Waterford crystal. The factory is open for tours, where we met crystal cutters who have spent eight years in training before earning their title. Alas the crystal turned out to be a bit beyond my budget, but I learned a lot about the art and now know why it’s so spendy!

It was here our trusty GPS got us lost while trying to visit the mother of a friend from home. Eventually (after wanting to kick it in the plug hole) we arrived for afternoon tea at 6pm.

The fog was rolling in as we finally made our way to Cork for the night to our B&B, Gabriel House. A B&B is the perfect spot to experience a “full Irish” breakfast. Expect white and black pudding (not for me thanks!), eggs, bacon and more. Very full, we headed off for Blarney Castle via a quick drive through the city.

Two nights here would be a great amount of time to browse the shops, visit museums, ring the bells at St Anne’s Church, shop at the English Market (the oldest of its kind in Europe), and have dinner at a traditional Irish pub.

Blarney is only 10km away so we kissed the stone on our way to Limerick via the Dingle Peninsula.

Sadly for the cute fishing village of Dingle, about two hours drive away, the weather made it impossible to see much more than the inside of a pub for lunch. But I did meet a group from the US who were based here for their entire two week holiday, such is its charm. June through to September are the most popular times for a visit to Ireland by Expedia’s Aussie travellers, those rolling green hills get the least rain during summer.

Limerick is only an hour and a half from Cork, or two hours from Dingle – an easy day trip if you were to stop for a couple of nights in Dingle or Cork. We stayed in the very central and stylish George Hotel.

Fans of author Frank McCourt can take an Angela’s Ashes walking tour or there’s shopping to be done and a good nightlife and pub scene. Wander across to the Locke Bar for dinner with traditional Irish music in a cute pub on the edge of St George’s Quay.

Galway via the Cliffs of Moher

If I were doing this roadie again, I’d plan to stay in Galway for three or four days. And the gorgeous g Hotel would be my top pick! The top two floors are dedicated to ESPA at the g, an outpost of the international spa brand. Save time to check it out.

Galway is not only the cutest town I saw, but it’s also a very handy hub for day trips to nearby places of beauty. The Cliffs of Moher is a must. We drove here from Limerick in just over an hour and spent another two hours wandering around admiring the views out to the Aran Islands and taking photos. The drive around Galway Bay is one long fabulous photo op too. Fortunately the traffic was light and we took advantage every few hundred metres.

There’s plenty to do in Galway too, from yet more great music in traditional pubs to fine dining in Michelin-star restaurants. Wander the historic cobblestoned streets around the Spanish Arch and browse the galleries, boutiques and high street stores. Take a day trip to Connemara or just tootle off in any direction and you’ll find a cute village with brightly painted terraced shops and pubs lining the road.

From Galway it’s only a two-hour drive to Dublin, so stopping along the way is again, compulsory, before your trip to the Emerald Isle comes to an end.