Yes. You can travel with a baby | Expedia Australia Travel Blog

Yes. You can travel with a baby 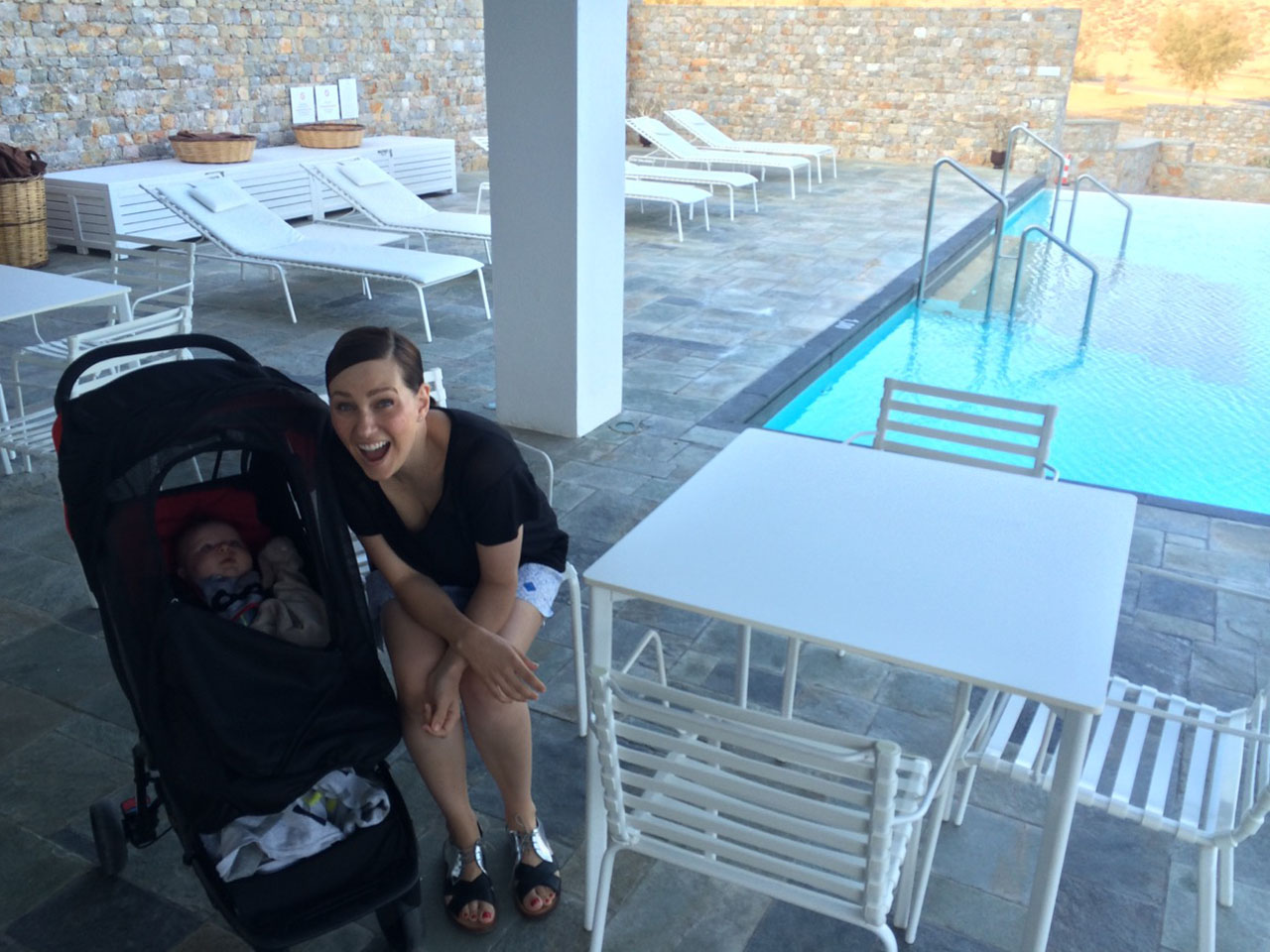 ‘We’re heading to Europe for a month!’ I’d say.

‘With your baby?’ they’d say, incredulously.

‘Nah, he’ll go back to the family of possums we found him in ‘til we get back. Ha ha ha! But seriously. No chance. Babies are the worst at traveling. He’s going to stay home and mind the cat.’

And so went the hilarious back and forth prior to our trip with a four-month old. But guess what! We DID take him to Europe! And he was excellent. Especially considering he had to deal with jetlag, teething, flying to the other side of the world, and a new home every couple of days. (There’s a reason people say travel before they can crawl; I understand that reason very much.)

In fact, he even made us better travellers. We had to keep it together for his sake. And in stressful situations – say, a cancelled ferry and a six-hour wait on a stinking hot day at a filthy, windy, dusty port – his calm, smiley, no-idea-what’s-happening mood actually made us calm down. He reminded us that really, not much mattered so long as we were safe and had each other and he had food. (‘Me.’)

Here are a few tips I have if you’re about to do some summer travel with your baby.

As in, one level up from Boy Scout prepared. For example, always pack one more outfit than you think you’ll need for the baby, whether travelling or just out roaming for the day. Because that will be the time he’ll destroy two outfits in five minutes using various orifices. (Also pack a spare outfit for you when flying long haul.) We flew a day after our boy’s vaccinations (clever!) so he was having bowel, um, issues. Something we didn’t realise until we were en route to Greece. Thankfully, a fellow mum advised I pack not two, but four spare onesies (Bonds Wondersuits – the BEST for travel) and 10 nappies, even though as if we’d need 10 nappies.

We did. And five onesies. We arrived in Athens with him naked but for a sleep sack. Also pack all the possible medicinal things you might possibly need. Baby wasn’t teething when we left, but man did baby start. Luckily we had Panadol/Nurofen/Bonjela, which was handy on a small island, and when you’re in a hotel and want to be mindful of the poor holiday goers staying in the next room at 4am

A big trip with your baby is a flashing neon reminder that things like sleep-ins, late nights, numerous cocktails, lazy long naps and beach bumming are things you may not get to do, despite being in Mykonos where these things are legally enforced activities. So, surrender. You’ve evolved to a new chapter in your life, and you have a cute, dribbly baby to prove it. Play teamsies with your partner so you each get swims, naps or massages. Adapt and evolve. And spend a lot of time on lounges and beds and day beds cuddling and playing with your nude little baby and looking out at a stunning view, because that’s something you won’t do back home.

This is a magical place the baby can sleep, be shaded from the sun, dodge bugs, and move through airports without being stimulated to the point of hyperactivity. It’s achieved with a good travel stroller, a universal (“big”) UV-protectant shade cover for said stroller, and a big, black cotton scarf. We took our cave to the beach, pool, cafes, right to the gate on flights, and, when we were feeling bold, out to dinner down rickety cobblestone streets while our boy, bathed and in his PJs, slept soundly inside, ready for a quick switch to his cot when we got home.

At home I don’t let our baby ride on my lap in the car on a trip Coles. He is in his five-star safety harness in his rear-facing car seat that’s brimming with air bags. But in Greece and Italy, we were in countless situations where there just wasn’t a car seat available. So, we had to suck it up, and do what we could to make us feel like he was safe. It made us wildly anxious, but we got over it after a while. There was nothing we could do. And like so many elements of travel, it made me grateful for all the high standards and outstanding equipment we have in Australia. But also, on the flip side, it made me relax a little bit about how rigorous I was back home about some things. (Like having TWO room thermometers in the nursery, for example.) 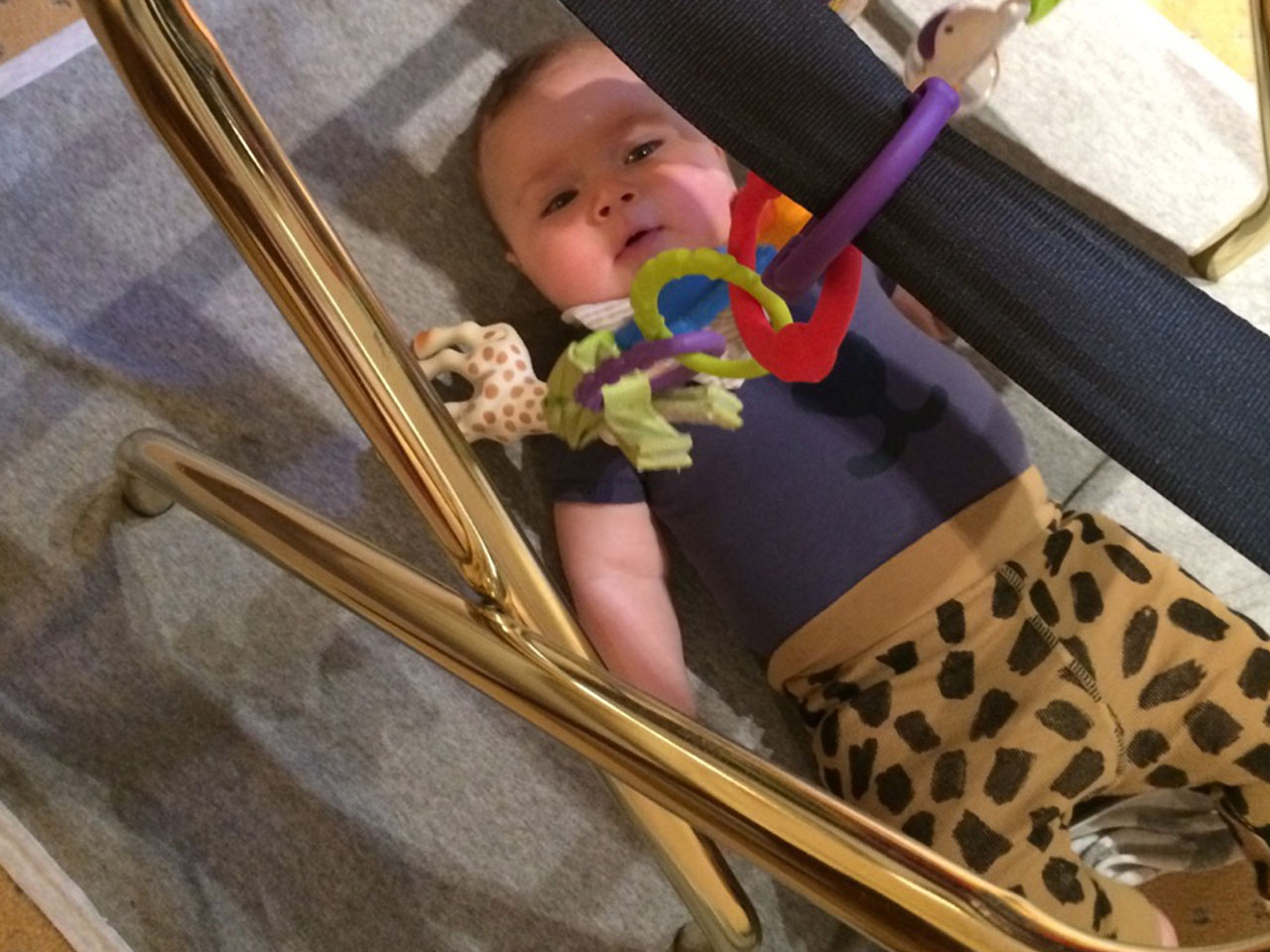 The fact you’ve had a baby doesn’t mean you’re not still fun people who like to have a great meal then strut through the town at night to a cool bar for a nightcap (or in our case, to a gelataria to boost our calorie count by a few million). So, ask the hotel if they provide babysitting. Everywhere we stayed did, or had someone they could call in or, if it’s possible/enjoyable, invite some family/your parents along for part of the holiday. They get some beautiful memories with their grandchild, and you get some grown-up time.

6. Have a beautiful time.

It’s ambitious, but very worth it. You have every reason to have a magnificent, memorable adventure. So GO FOR IT. (Plus, people bloody love babies; he or she will be treated like royalty wherever you go.)